We needed a place to stay to break up the drive from Torrey, UT to Flaming Gorge, UT.  Besides being in the middle and on a lake, the name Starvation Lake was intriguing.  Driving up 191 on the Dinosaur Diamond Prehistoric Hwy, we had plenty of diverse scenery. We left behind the colors of Capitol Reef and drove through very plain landscape.  Eventually we climbed some mountains in the Ashely National Forest and hit the summit at almost 9000 feet. 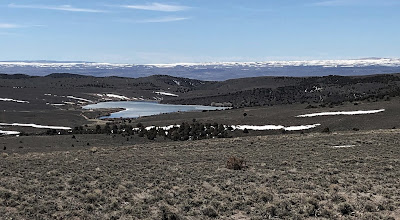 There were still snow and ice covered lakes all up here. 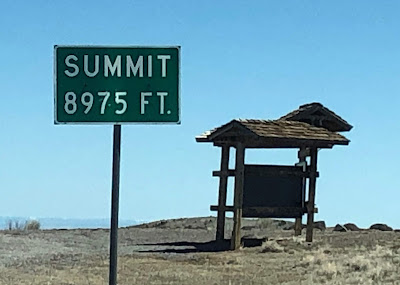 At the summit was an info sign and a pullout with information on the Great Western Trail. 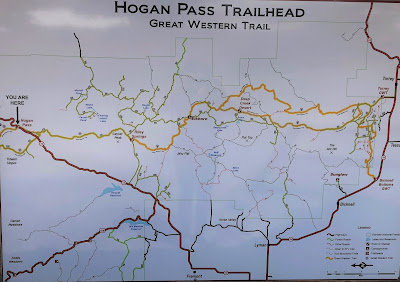 The trail is a north-south long distance route which runs from Canada to Mexico through Arizona, Utah, Idaho, Wyoming, and Montana. The trail was used for movement of cattle to markets in the East. It began at Bandera, Texas and passed near Abilene in West Texas. I'm surprised this isn't a more popular hiking trail like the Pacific Crest Trail.

Once down the other side the views resume to mostly flat, gray landscape.  A few towns here and there.  Some thriving, some look like they are hanging on and some not so much.  It looks like mining was popular at one time and some farming.  Back to the name of the park.  The name comes from presumed tales in the 1900s of ranchers and Native American tribes starving from bad weather and harsh winters. With the creation of the reservoir, that's no longer a problem. 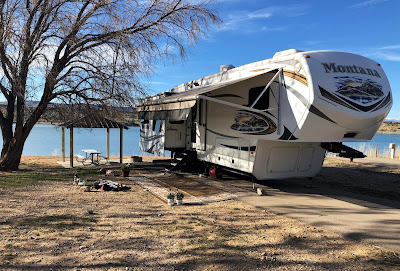 We arrive at Starvation Lake which sits just a couple miles out of the town of Duchesne.  While the upper bluff loop was fairly filled, the lower lake loop was empty.  It had just opened and the power and water was just turned on.  We had our choice of spots.  All had fairly long sites with gazebos, firepits and tables.  Some had trees.  Almost all are right on the water. 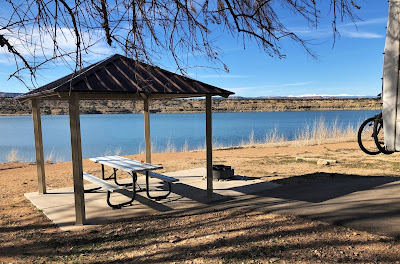 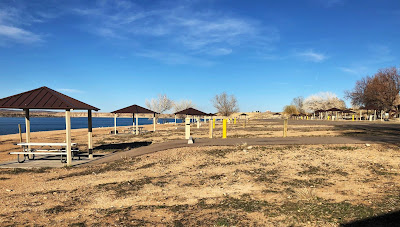 Here's a view looking down the lake beyond our site. 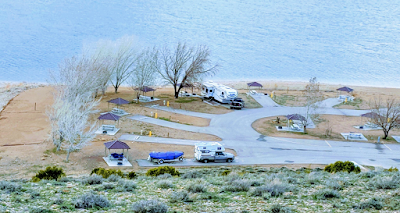 A view from up above the hill.  We had a neighbor pull in on our last day. 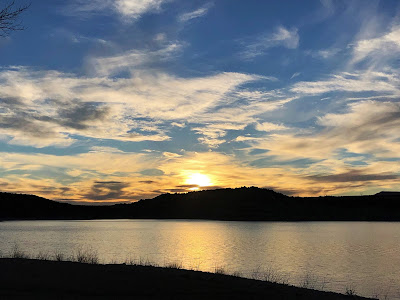 There was some wind and cold temps during most of the days but the evenings calmed down and we watched all the ducks and herons flying about. 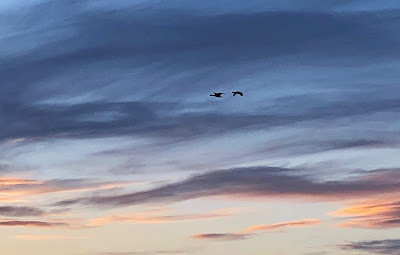 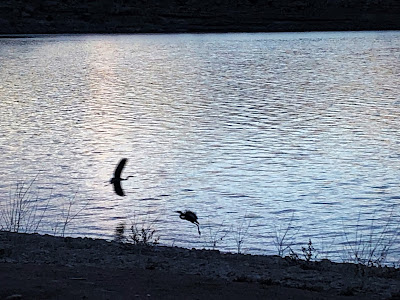 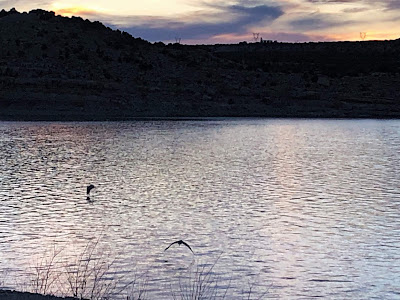 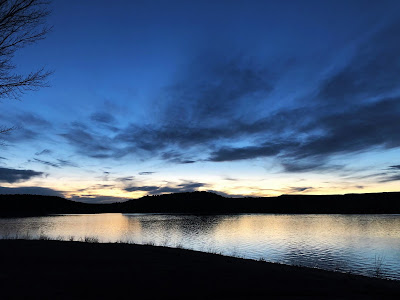 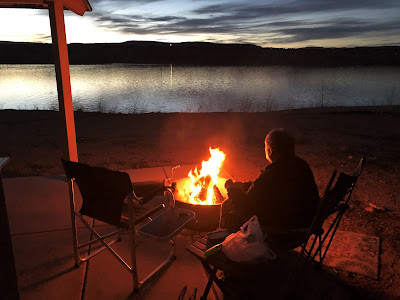 It was cold, but it was a great night to have a campfire.
It would've been nice to hike the high point of Utah but it's still covered in snow.  King's peak sits at 13,528 feet and not far from here.  Besides being covered in snow, we're not conditioned for that high of elevation right now. 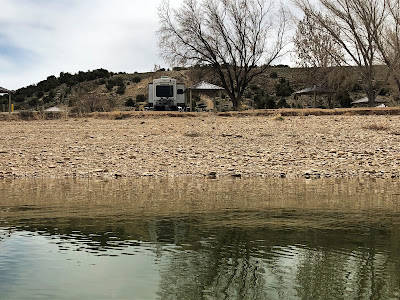 We did get out once for a paddle on one of the calm mornings.  The water is deep green and clear. 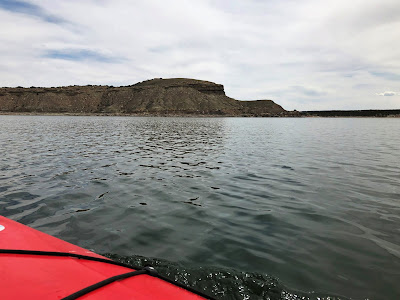 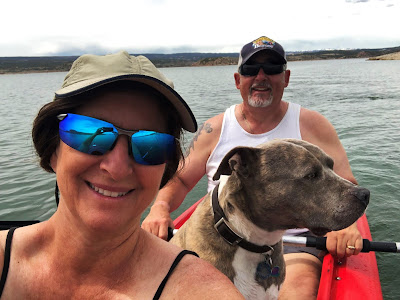 Looking back (this was April and it's May now) this was the last time we had such warm weather. 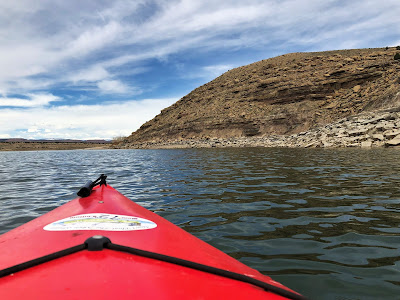 From across the lake I could see a strange colored portion in the middle of the cliff.  We paddled closer for a better look. 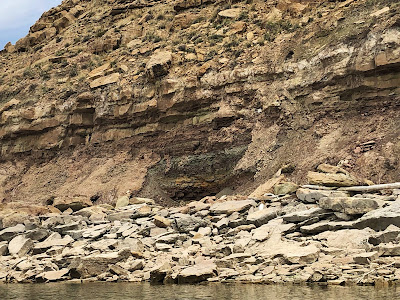 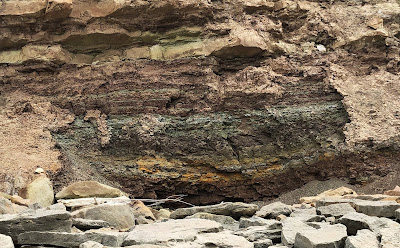 It was a pocket of colors.  Like a rainbow. 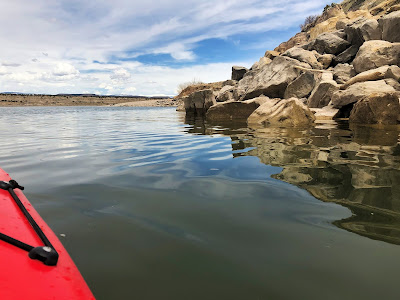 I'm always surprised to see Loons this far west.  I just love the sounds they make. 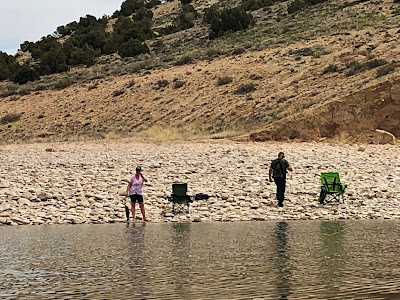 As we paddled back our neighbors were out fishing.  I asked them how they were doing and the gal held up a very nice sized trout she had just caught. 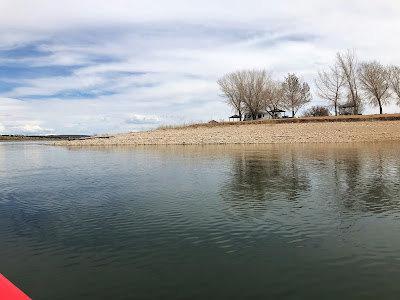 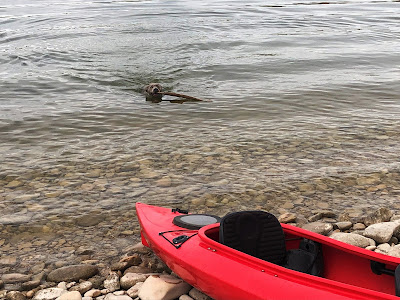 Even though the water was ice cold, Hurley was up for a few retrieves. 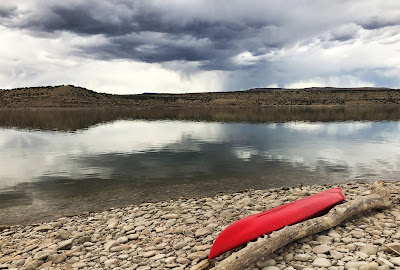 There was a storm coming in quickly so we pulled out the kayak had something to eat and took a drive to find some propane. 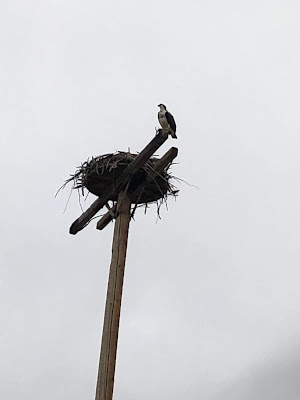 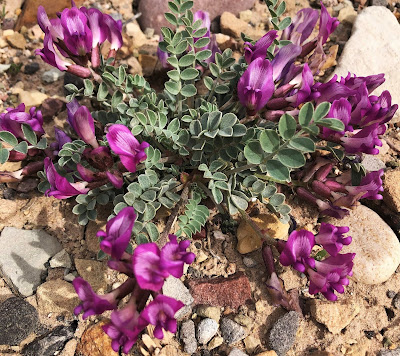 Duchesne is a strange little town.  Streets don't connect, they build things behind other things, and our GPS couldn't figure it out.  Being mostly a Mormon town (somewhat guessing) and a Sunday, almost nothing was open.  We enjoyed driving some of the backroads and geocaching along the way. 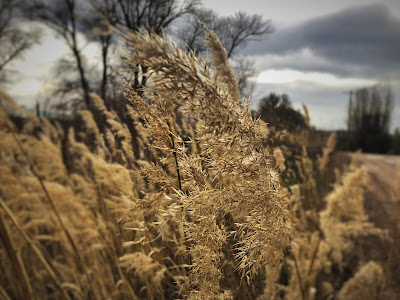 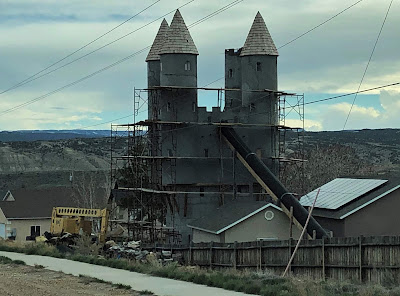 I don't know how this "addition" is allowed in a subdivision, but this castle was being built right between two homes.  It looked like it was attached to the house on the right.  Interesting. 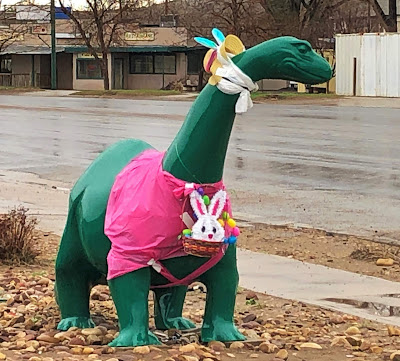 As sometimes happens with life on the road, we don't always notice days of the week or holidays.  So of course nothing was open this Sunday.  It was Easter. :-)