Clark Canyon Reservoir in Dillon, Montana had quite a bit of wildlife out and about.  There were all the different types of waterfowl you'd expect flying around and landing in the lake. 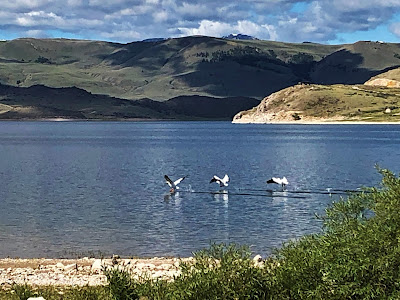 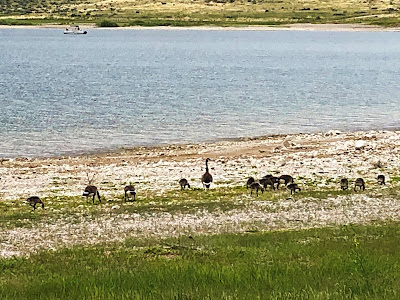 There were so many goslings out. 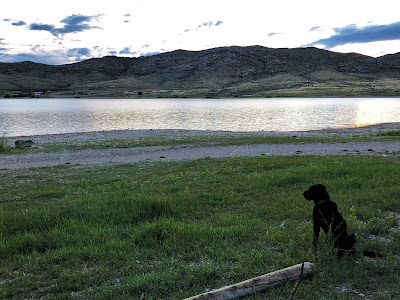 Ruger wouldn't take his eyes of them.  He wanted to play fetch with them! 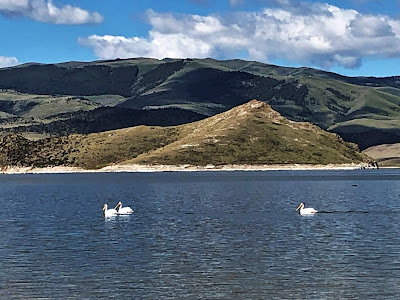 I'm always amazed when I see Pelicans inland rather than at the coast. 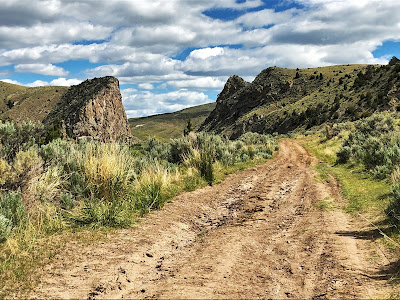 We had a half day to explore so my brother and I took the Ranger out to check out some dirt roads.  We followed back roads trying to find some access points to the river so we could fish some out of the way spots. 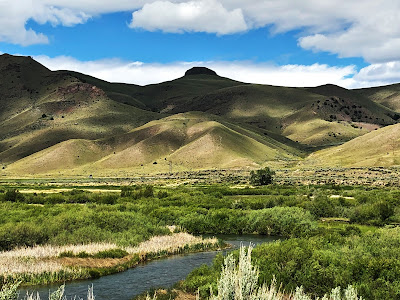 So much nice water but not much way to get to it without floating. 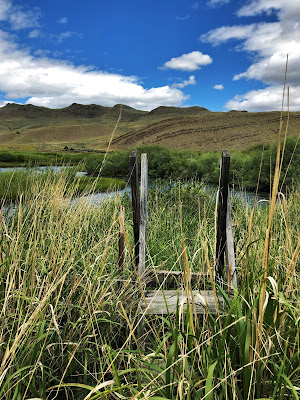 We found this old ladder over a barbed wire fence.  You could tell by how overgrown it is that it hadn't been used for a long time.  The grasses were over 3 feet tall.  No snake incidents.  No fish either. 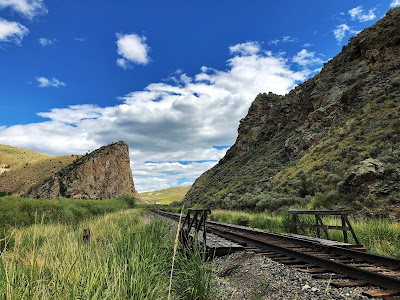 We'd drive along roads that criss crossed the highway and down all the access points.  We came across the railroad tracks and found that there was a geocache hidden there. 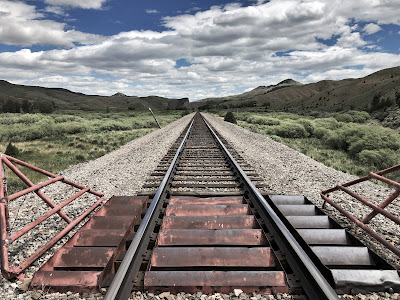 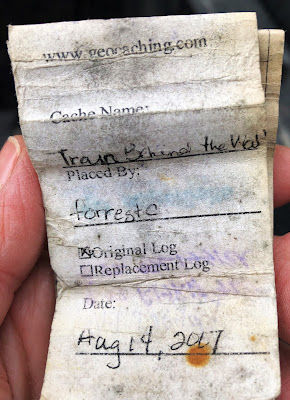 I found it but then my brother said, well, what's that then?  Turned out there were two hidden there.  I guess someone couldn't find the original then hid another. 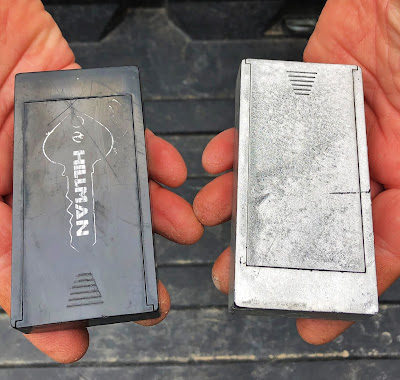 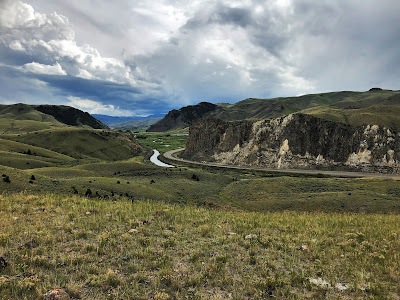 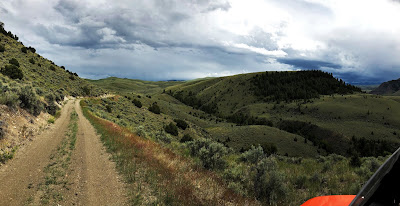 We gave up on the fishing and decided to head up into the mountains.  We came around the bend and my brother spotted a grizzly bear up on the mountainside across from us.  He was just sunning himself.  I didn't think he'd even know we were there because it was so far away but as we started talking you could see him clearly stop what he was doing and look right at us! Then wandered away. 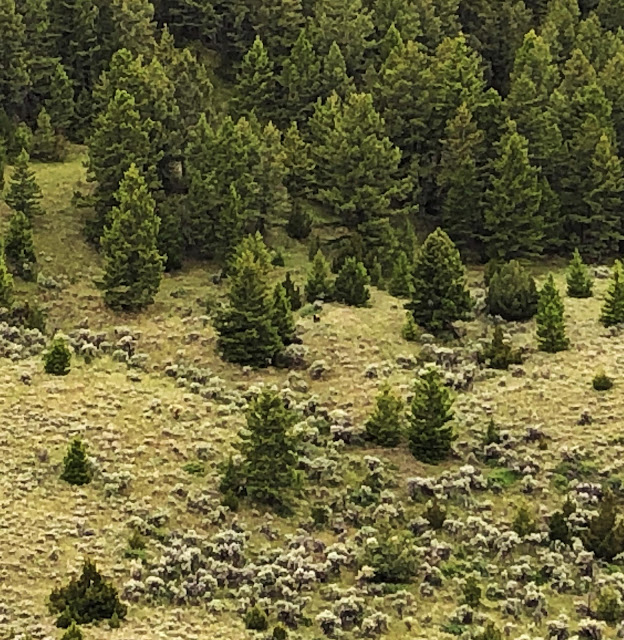 I know it's hard to see but he is smack in the middle of the picture. 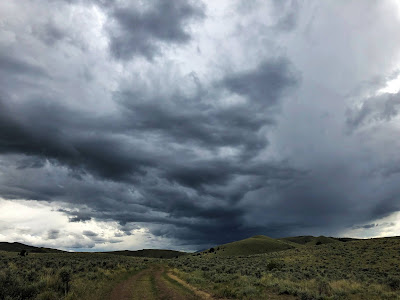 The roads all kind of died out in pasture area and a storm was coming in so we headed back home. We did get pelted by rains and some small hail.  Not fun when you don't have a full windshield. 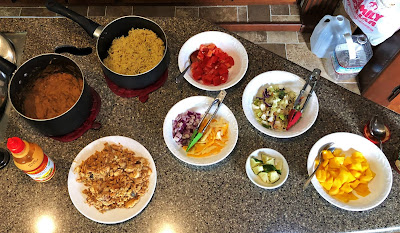 We still had plenty of fish left over so we made fish tacos.  They were awesome.  We had fresh mango, onion, tomatoes, lettuce and cheese with some spicy sauce to put on them.  SO YUMMY! 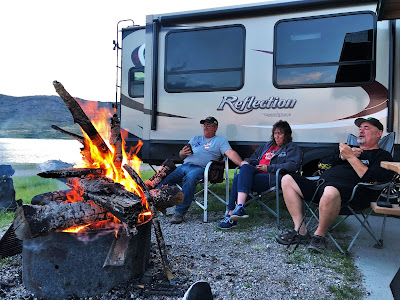 One last campfire and a gorgeous sunset. 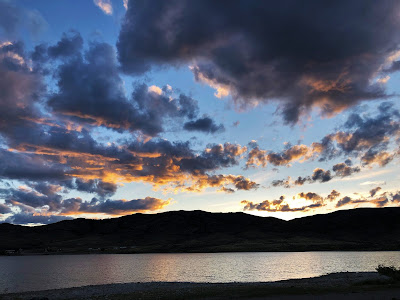 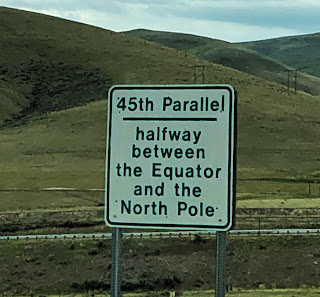 On the way out to our next destination in Idaho, we passed the 45th parallel alongside the lake.  I love it when you stumble across these interesting sites.
We always enjoy our time in Montana.
Thanks for the great fishing!
Posted by DebbieM