After fishing our way through new parts of Montana, we'd be passing through the lower part of Idaho on our way back to California.  Our first stop brought us a surprise visit to Mackay, Idaho. It's pronounced MACKey.  It's a great stopping point for some off roading, fishing and a visit to Craters of the Moon National Park. 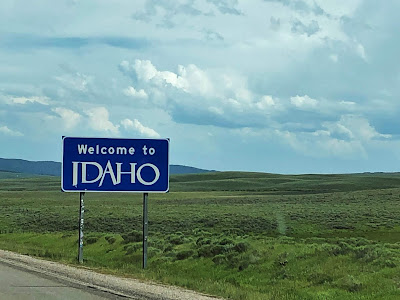 The city of Mackay is located on Hwy 93. The population was 517. Mackay sits between the White Knob Mountain Range and the Lost River Mountain Range which are some of the highest mountains in Idaho.  We had no reservations and the Fallini Campground run by BLM was practically full. 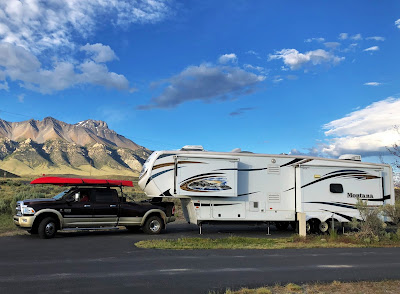 There are two loops.  My brother found a site for the week on one loop and we found one in the other loop.  There was only one spot open for one night but there were two sites coming open the next night.  It was long enough that we didn't have to disconnect.  $14 for water and electric.  There was a dump/fresh water station and bathrooms.  The Verizon was great. 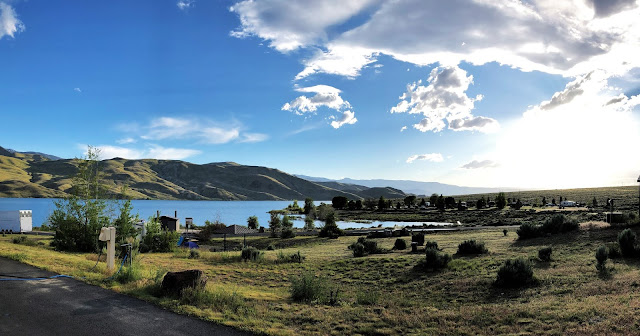 Both loops have great views of the lake and mountains all around. 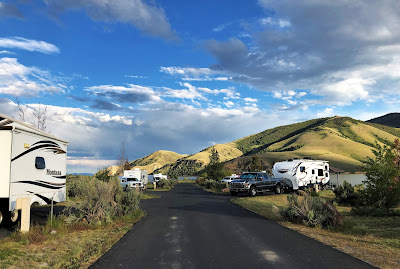 We had some colorful sunsets while we were here as well. 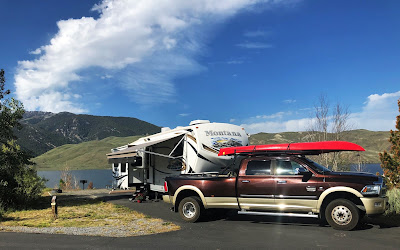 We loved our second site.  The sites are so deep we could've easily fit our truck in front of the rig and another vehicle.  Great if you had quads or a boat.  Unfortunately, they put the electric pedestal towards the front of the site.  Even with our long cord we could only back in so far.  We could've easily gone 20 feet further back otherwise. 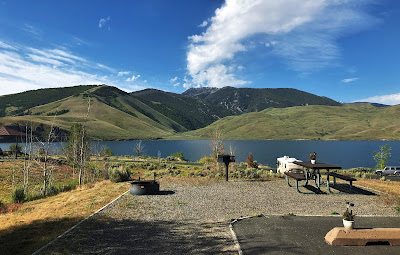 Very large sites with BBQ, firepit and table.  Some had covered patios too. Great lake view! 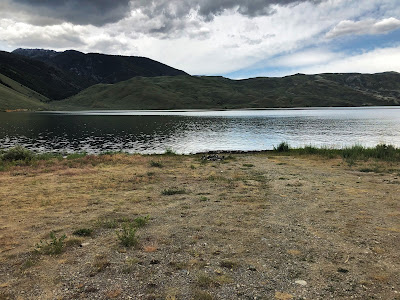 There is dispersed camping lakeside, before and after the developed BLM campground.  Just follow the dirt roads off toward the lake.  You can see a few RVs.  Nice roads, plenty of easy access and room for large RVs.  We would've gone this route but we still had some cold weather forecasted and some rain.  We didn't want to risk getting stuck.  But you could park within feet of the lake! 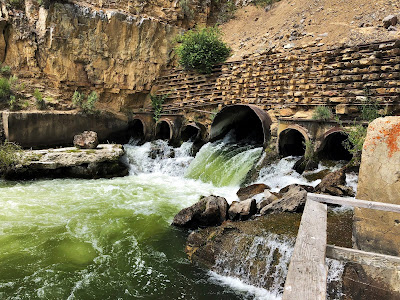 My brother and I checked out the dam and some of the water just below it.  Not too accessible though.  The river is lined with private property and thick vegetation.  It was running pretty fast and deep so you couldn't walk it. 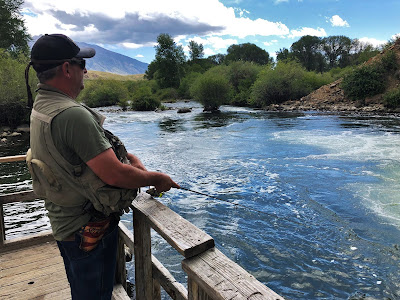 There was a viewing/fishing platform my brother checked out.  He did catch a couple small ones. 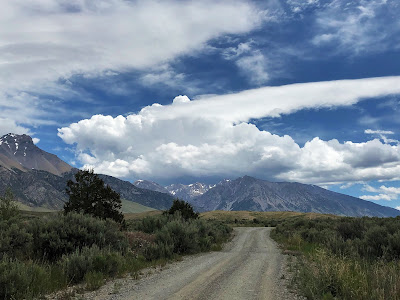 We drove several miles along both ends of the lake but didn't find much fishing. 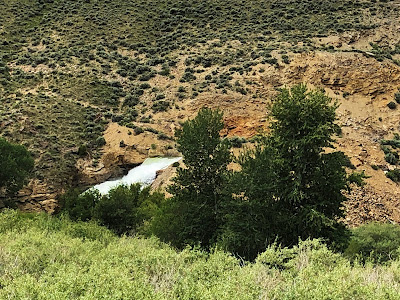 One fascinating thing about Big Lost River where it exits the eastern side of the lake is where it travels underground and gushes out of the mountainside.  Pretty cool. 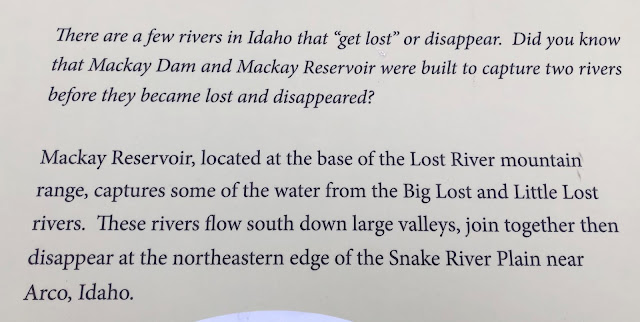 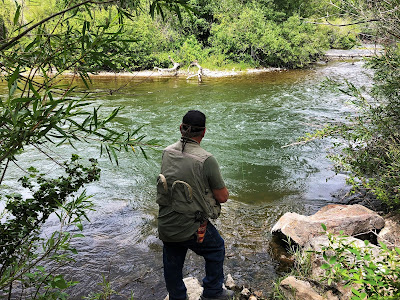 Some beautiful water where Steve did catch a couple decent Rainbows. 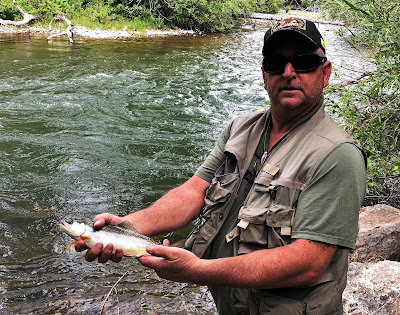 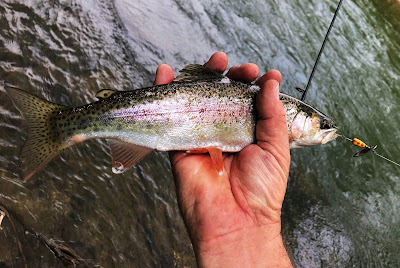 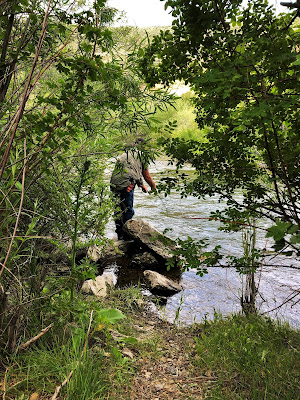 Difficult to fish.  Plus you had to bushwhack through the wild roses.  Lots of thorns. 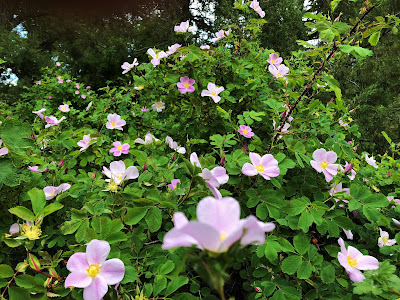 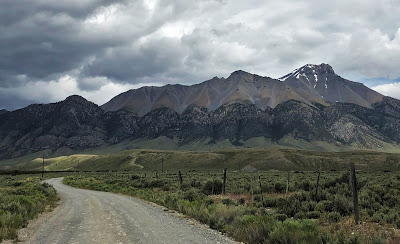 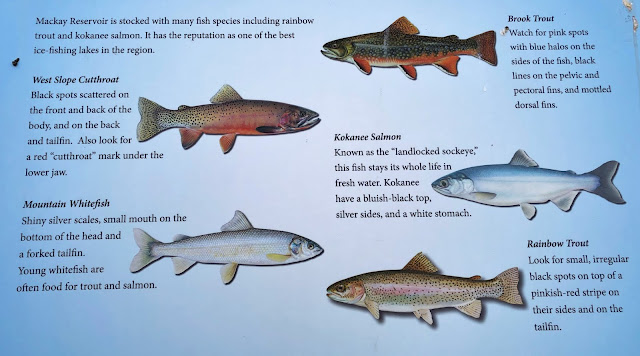 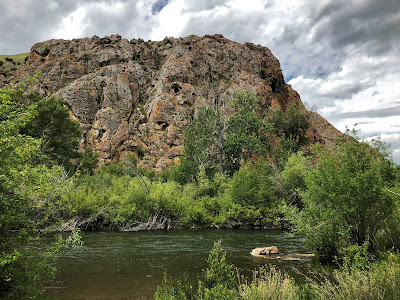 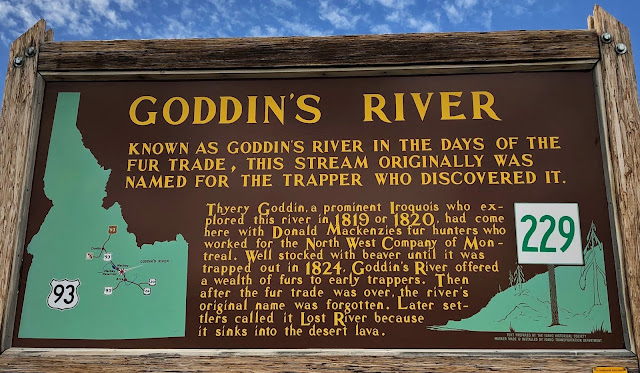 We rode up the west side and didn't find any fishable areas, but found some great history.  I love how Idaho posts these signs all over the state.  Great info!  Jesse McCaleb is buried here. 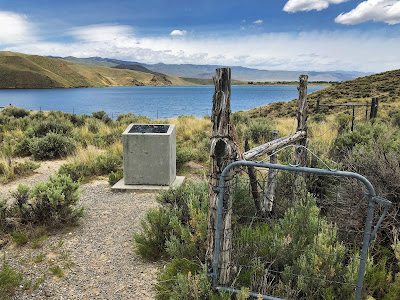 I would've missed this old pioneer cemetery but thanks to geocaching, we found it on a bluff over the lake. 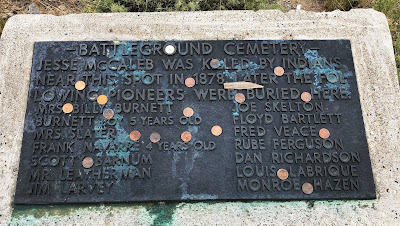 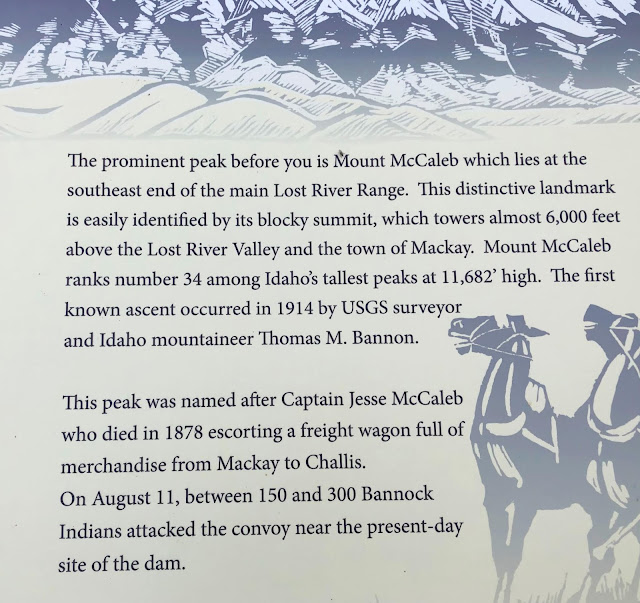 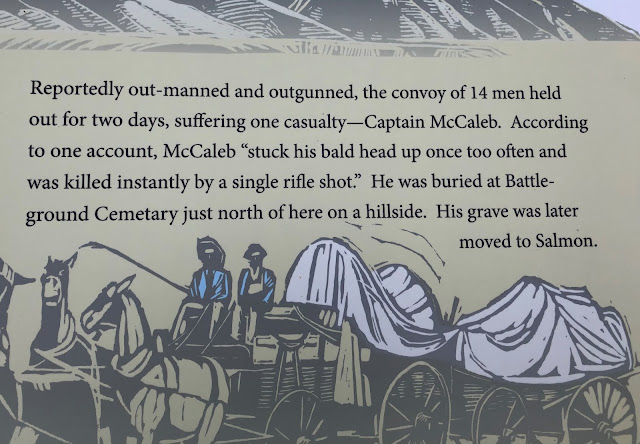 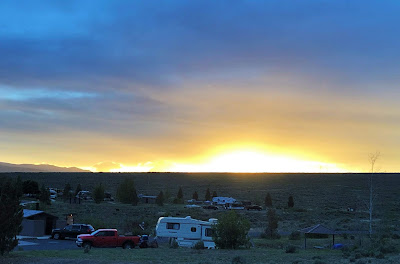 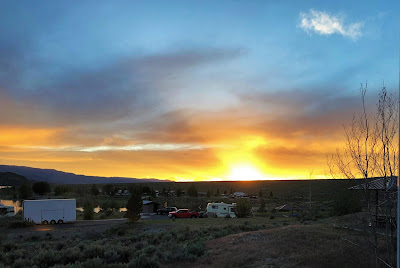 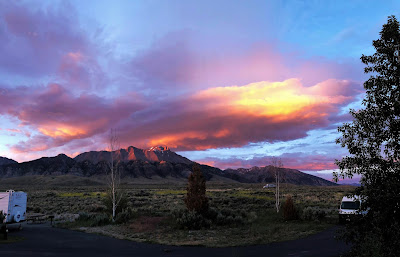 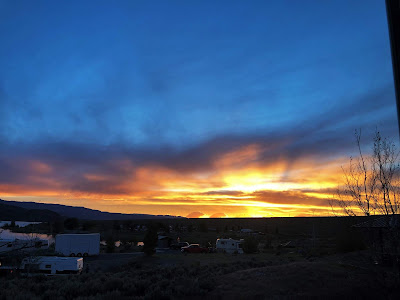 The fishing wasn't too exciting but the sunsets sure are!
Next we took a ride up into the mountains and came across something we didn't know was about.
Posted by DebbieM