Happy Friday!  It's a beautiful sunny day, but it's still very soggy here.  We've had a few days of sun and the next storm doesn't come in until Wednesday.  So there is a slight chance we will get out then.  But the water is still spilling from the dam, so who knows?!  We'll test the pasture out with the quad and if it doesn't sink, we'll try the truck.

Since we've been here a few extra weeks we've been able to see the kids and friends more.  One Friday we took a 3 hour drive into San Jose (the south of the Bay Area) to visit our oldest, Ryan, and meet his new girlfriend over breakfast.  Diana is very sweet and we enjoyed meeting her.  Ryan ordered us all Bloody Mary's.  They came with a beer.  Different. 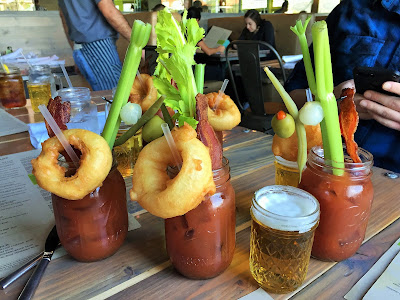 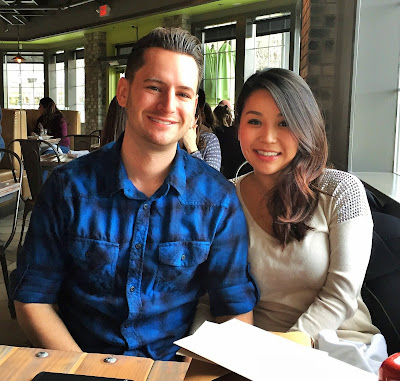 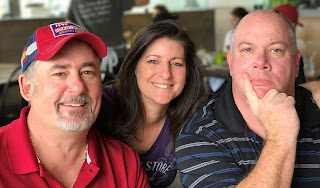 Steve, me and Brian (trying to be serious). 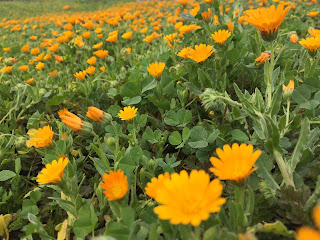 We stayed at Brian's and he was a good sport about joining us for some geocaching. 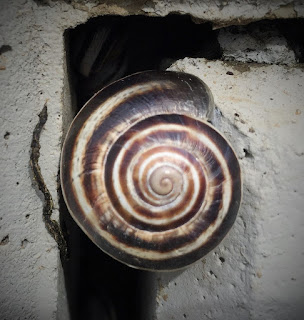 We weren't able to find the one at the park, but these snails were sticking all over a wall in an interesting pattern. 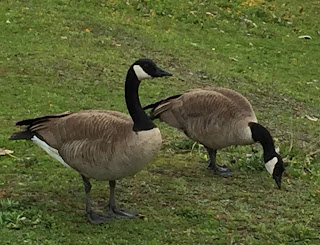 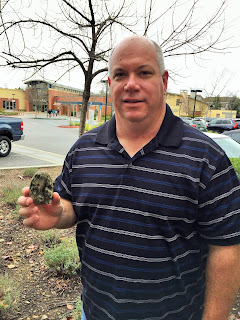 Brian found this cache on his own.  It was hidden in a fake rock. 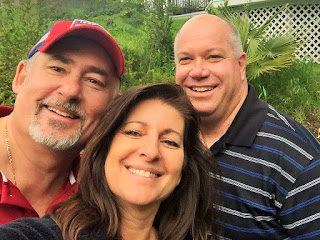 Another great moment, we had just found our 2000th geocache! 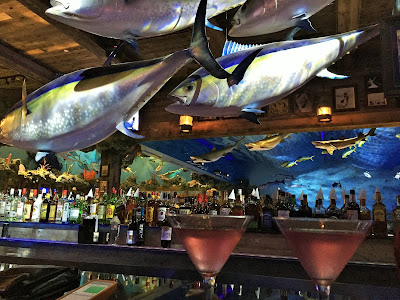 Steve went to a Portuguese Crab Feed that evening with Brian and I went out with some friends. Chris and I saw the movie Founders about Ray Croc of McDonalds.  Very interesting and we both liked it.  Turns out he wasn't a very nice guy.  Then I stayed up late to meet another friend, Debbie, that couldn't make the movie and we met at 11pm at a bar with a bowling alley and restaurant... in the local Bass Pro Shop!  And it was a great bar!  Open until midnight.  Who knew? 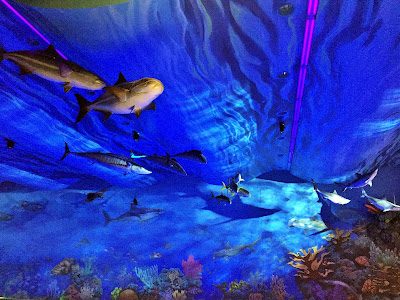 Then it was off to San Francisco Sunday (north part of the Bay Area) after visiting with my Uncle Danny.  We had a great breakfast before meeting our second oldest, Shane, at his new apartment in San Francisco.  I forgot to get a picture but we had a great time.  My uncle is thinking of moving to Laughlin in Nevada.  Looks like we'll have another place to winter as there'll be an RV pad for us! 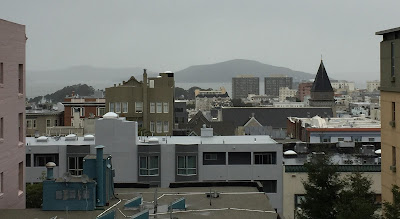 The view of Alcatraz in the distance from the 8th floor of Shane's apartment.  Not bad! 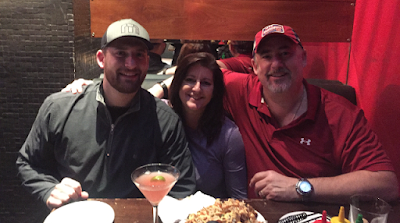 Some wings and drinks while watching some football inside while it stormed outside.  Then the 3 hour drive back to Placerville.  It was a very busy weekend but a lot of fun. 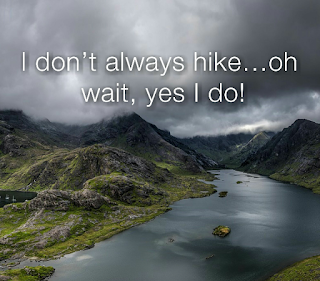 Since we had a break in the rain I did a little hiking with my friend Tina once back home. 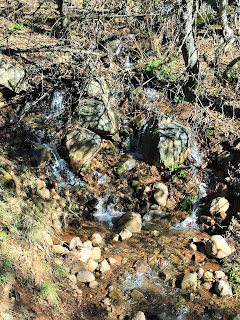 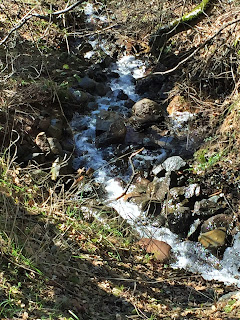 There was still water flowing everywhere.  Streams, waterfalls and lots of mud from landslides. 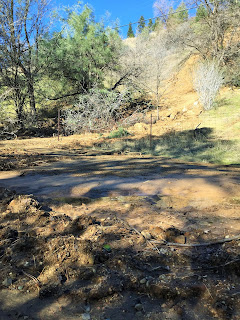 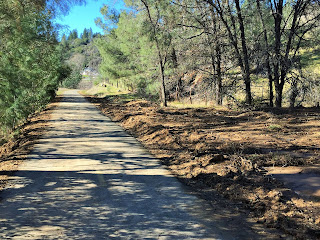 The mud came down the hillside and covered the trail.  Lucky for us they had just fixed it. 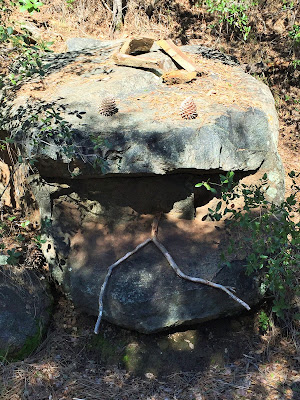 Someone got creative and decorated this large boulder to look like a snake. 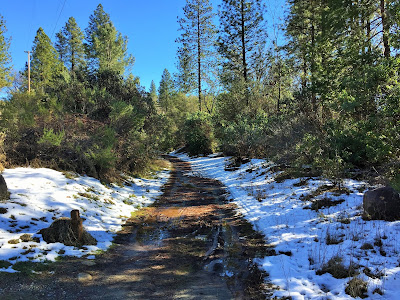 It was a great hike but soon the elevation climbed and the mud and snow were something we didn't want to hike through.  So back we went.  It was a nice 5 mile hike. 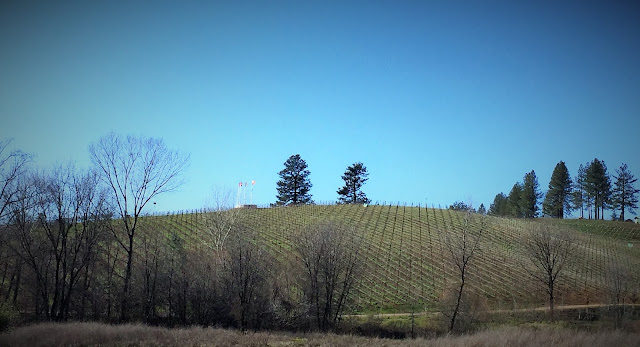 The hillsides of vines are still dormant.  This is a great wine region. 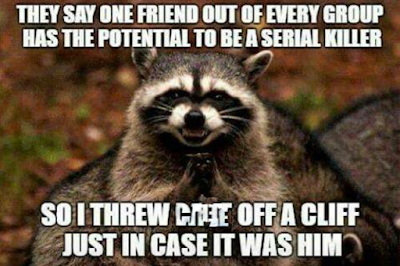 I removed the name to protect the victim innocent!
In the meantime, positive thoughts for a dry week so that we can get going!