Our last week in California was spent with the kids fishing at the Walker River along Hwy 395.  It was a miracle that they were all able to get a few days off at the same time at the 4th of July and join us.  We had such a great time.  Kaylee's boyfriend, Roger, also came up.
﻿
Our first few days we spent on Topaz Lake in the tiny RV park at the Topaz Lodge & Casino.  $28 for FHU which was important as Steve needed to work this week before taking a few days off.  This is one of those times we were glad to have electric hookups as the temps rose to 100 which set off some crazy thunderstorms. (which is NOT good for fishing, more later) 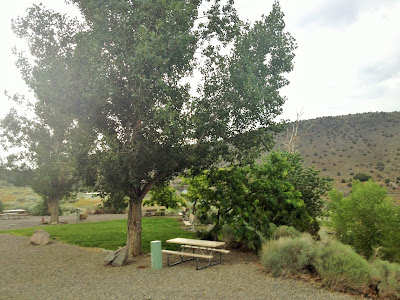 Next, off to the river and our campsite in the pines, Bootleg.  This is a Forest Service campground.  $20 a night.  It has water and flush toilets.  It's only 20 miles south of Topaz, but it sits at 6600' elevation so it's about 15 degrees cooler.  And much prettier.  It's a rugged pretty.  Some pines, sage, juniper, lots of craggy steep mountain areas too. 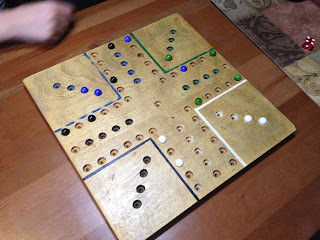 Before the boys arrived it was just Kaylee and Roger.  In the evening we taught him what I've always known as "The Marble Game".  I grew up playing this home-made game at my grandparents.  Many years later I was at a friends house playing Aggravation and I said, Hey, my Grandpa invented this!  We had a great time and Roger won. 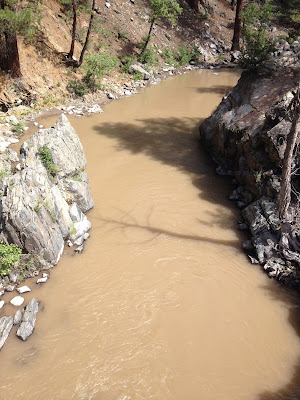 The thunderstorms played havoc with the fishing.  Thankfully they didn't produce too much rain and the water would clear up by the morning. 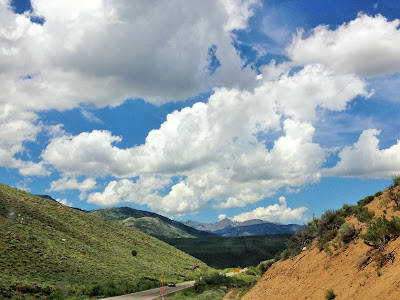 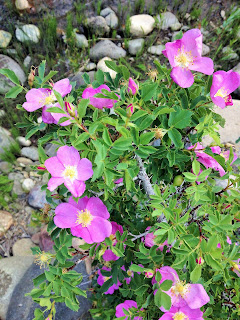 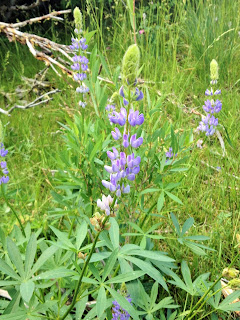 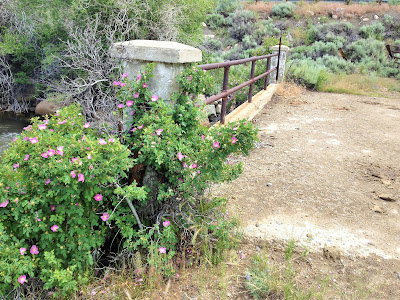 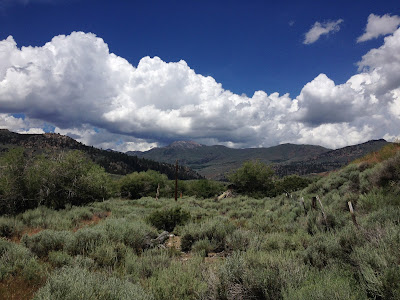 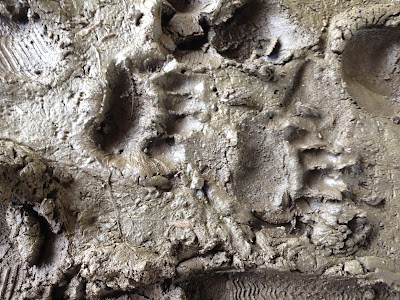 We did see some bear prints down by the river. 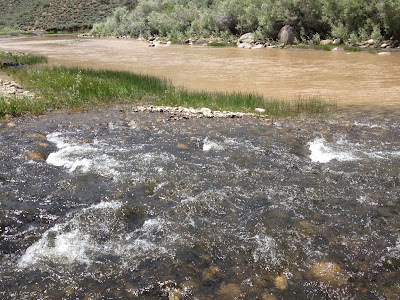 Here's one section where one river feeds into the Walker. Funny how one is always clear. 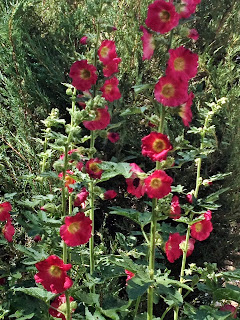 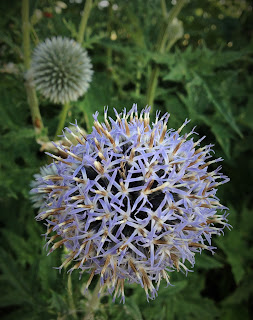 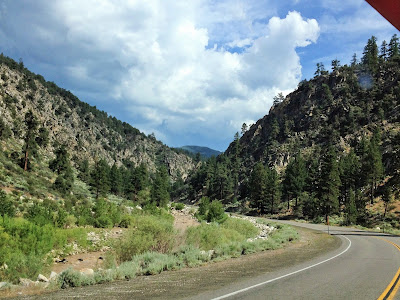 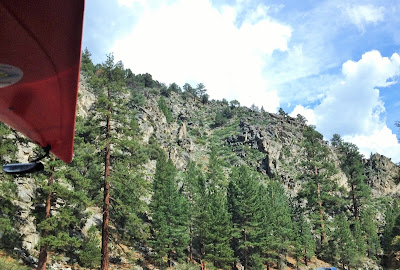 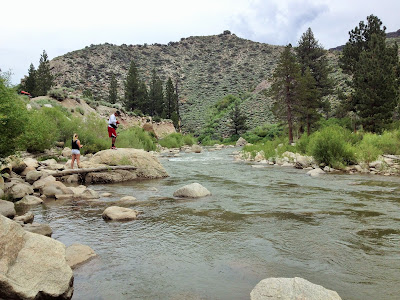 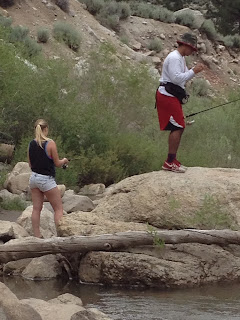 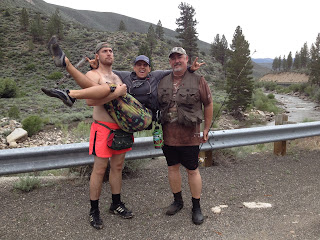 Shane, in the hot pink shorts, is certainly not a fashionista.  And not shy either.  Just trying to get some sun while fishing.

A couple of pictures of my fish.  A pretty good sized German Brown and a Rainbow Trout.
Everyone caught at least 5 fish. 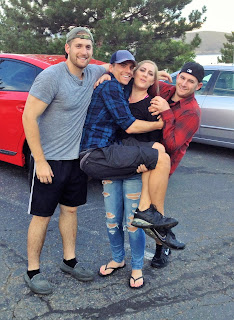 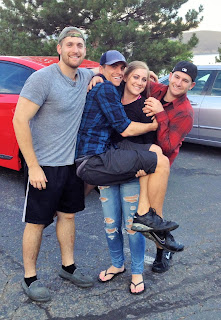 The kids goofing off after a long day of fishing.  We like to go to the casino for some cheap grub and a tiny bit of gambling.  No one won anything.  Although it was all-you-could-eat spaghetti night.  Guess they didn't know our boys were coming!  Six plates for Shane. 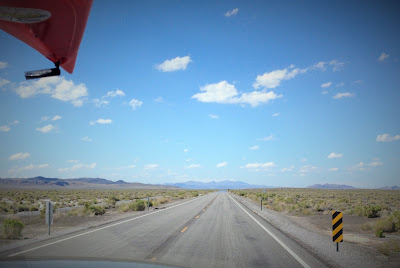 It was great to spend time with the kids, but the road is calling!
Posted by DebbieM