Fishing on the Deschutes!


When your home is right on the river, especially a gorgeous river like the Deschutes, you get to do a lot of fishing!  The morning started out with a passer-by-fisherman giving his only catch to my brother because he didn't feel like cleaning it.  A nice German Brown.  Thanks! 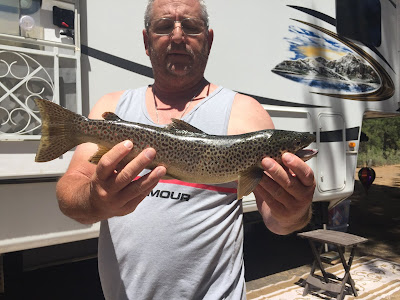 My brother and I decided to check out the area immediately around camp to see how walkable it was. 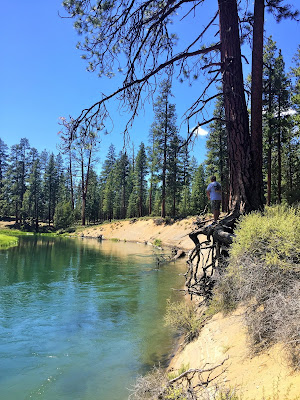 As you can see, it's still tricky to fish from the shore. 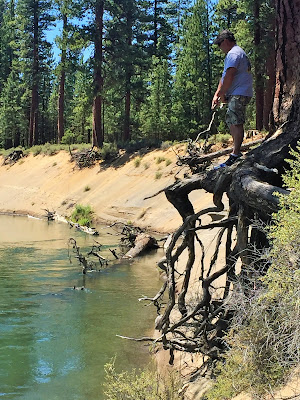 This pine is hanging on for life.  Not many roots holding it in but it sure makes a great casting spot. 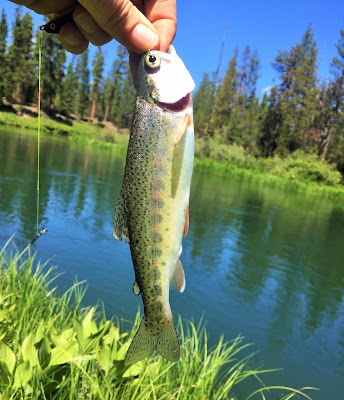 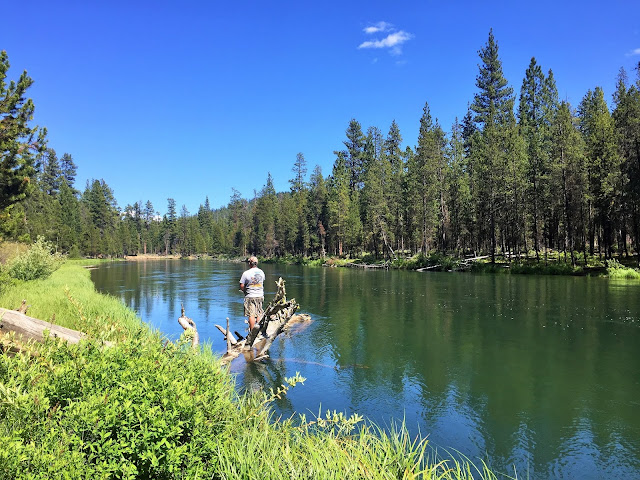 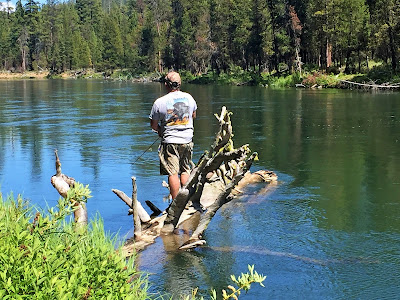 It's hard to fish the undercut banks which is where the fish are, so these trees helped a lot. 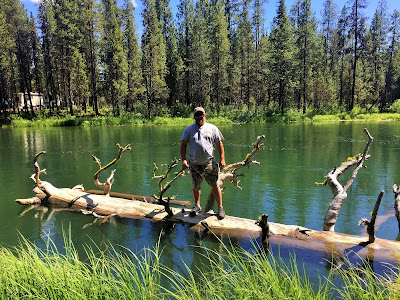 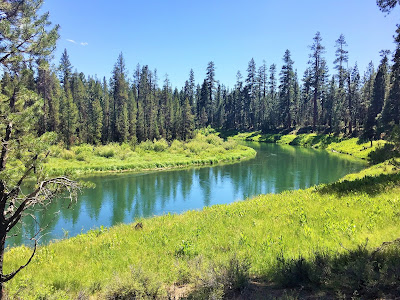 The grassy banks are too soft and wet and you have to be careful for all the hidden otter lodges and trails.  Many hidden deep holes.  Since we didn't have much luck we hiked back and took a little rest. We need to get the kayak in the water since the current isn't too fast. 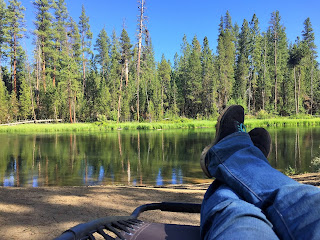 Back home, relaxing in the front yard!  Watching the deer, hawks and squirrels playing. 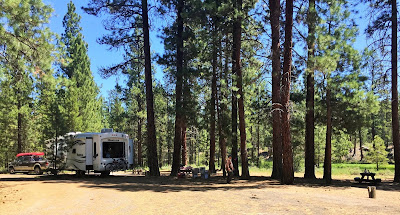 Another view of our new digs.  This place is spectacular!  I still can't believe we have 4/5 bars of very fast Verizon here!  We sure love having the place almost to ourselves. 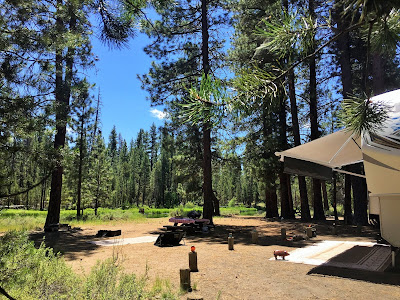 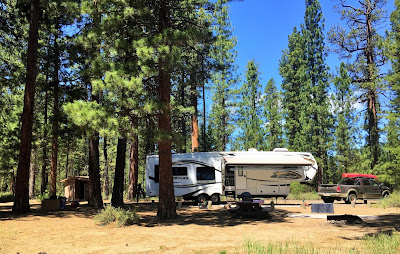 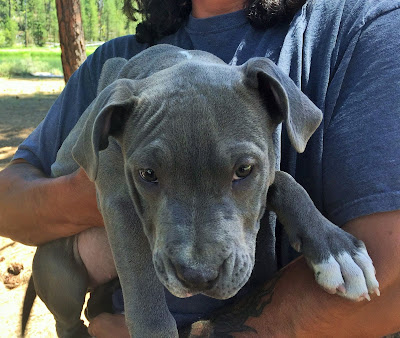 Oh look, a baby Hurley!  One of the assistant rangers brought his puppy with him.  Hurley approved. 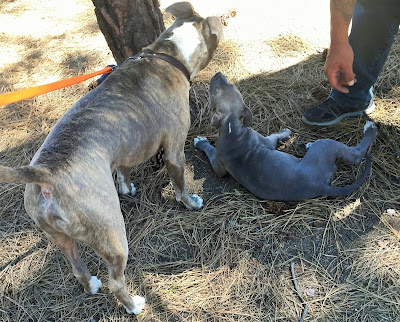 The next day I drove The Steves a few miles upriver so they could fish/float back down to camp. 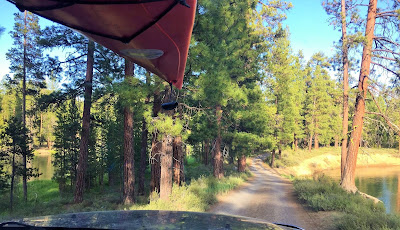 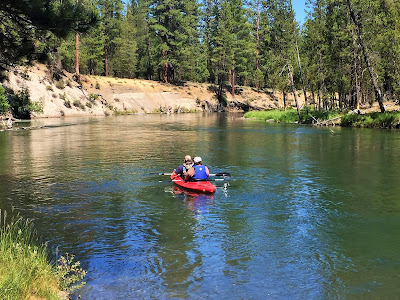 We found a good spot to put in and off they went.  Good Luck!  Catch some big ones! 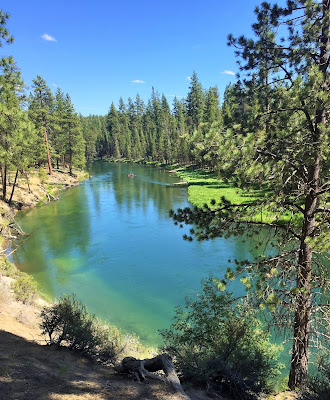 See the tiny red kayak in the far distance? 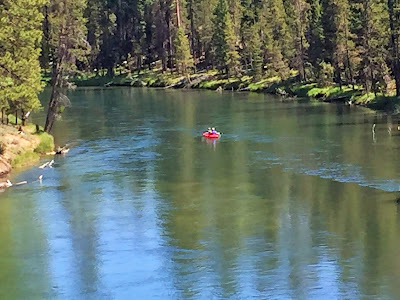 It took them about 5 hours to get back to camp.  They'd tie up on trees and in the grasses and fish and float.  They did ok but nothing to brag about. 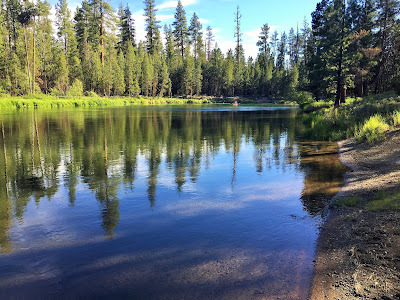 It looks calm, but the water is moving pretty good.  It's almost impossible to paddle upstream. 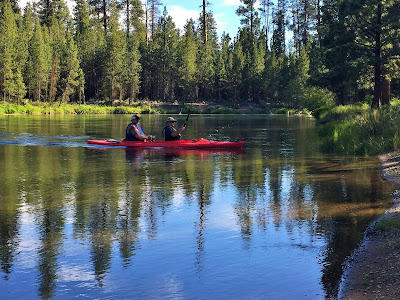 Home in time for dinner. 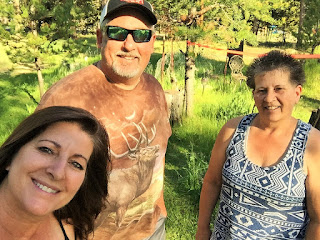 We went out for a geocache that was on the owners property and had a nice chat with her.  There was a fairly new house built next door that seemed abandoned and had some official looking notices on the door.  I asked her about it and she said ever since the owners sister died and was left inside (while the sister still lived in it), the state took it over and it's been empty since.  Apparently it was a sad hoarder-type incident, no foul play.  OK then. 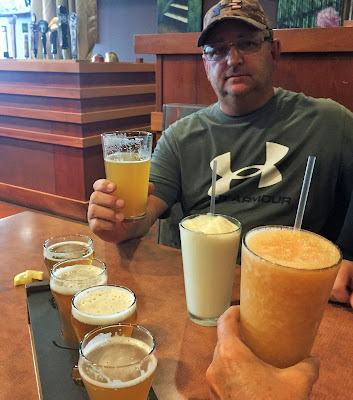 It was off for some, you guessed it, beer tasting! It was my brother's birthday so they chose dinner at The Pour House Grill. The food was good but the service not so much.  Then it was on to get some water. 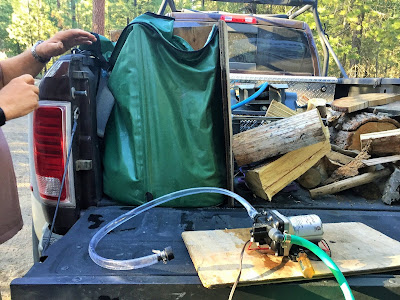 There are no utilities here at the Bull Bend campground.  We can go about a week before we need to refill our water tank.  Since we have a pressurized system Steve built a little set up for us to use.  We have a 50 gallon collapsible water barrel that a nearby gas station let us fill up for free.  Usually a campground or other facility will charge you $5 or $10 dollars.  We had a smaller bilge pump Steve would use to pump the water from the barrel into the rig. He has since bought an extra RV water pump (as a back up for the rig) and uses it instead and it cuts the time down from an hour to only 15 minutes to refill now.  It works great! 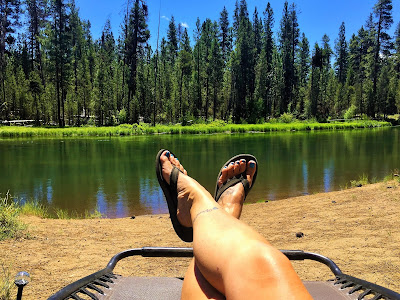 After all that hard work it was time for another break and to enjoy the view!
My turn in the kayak next!