We were welcomed to San Antonio with the Worlds Largest Boots!  They are 40' tall and 30' wide.  We love quirky, little attractions like this﻿. 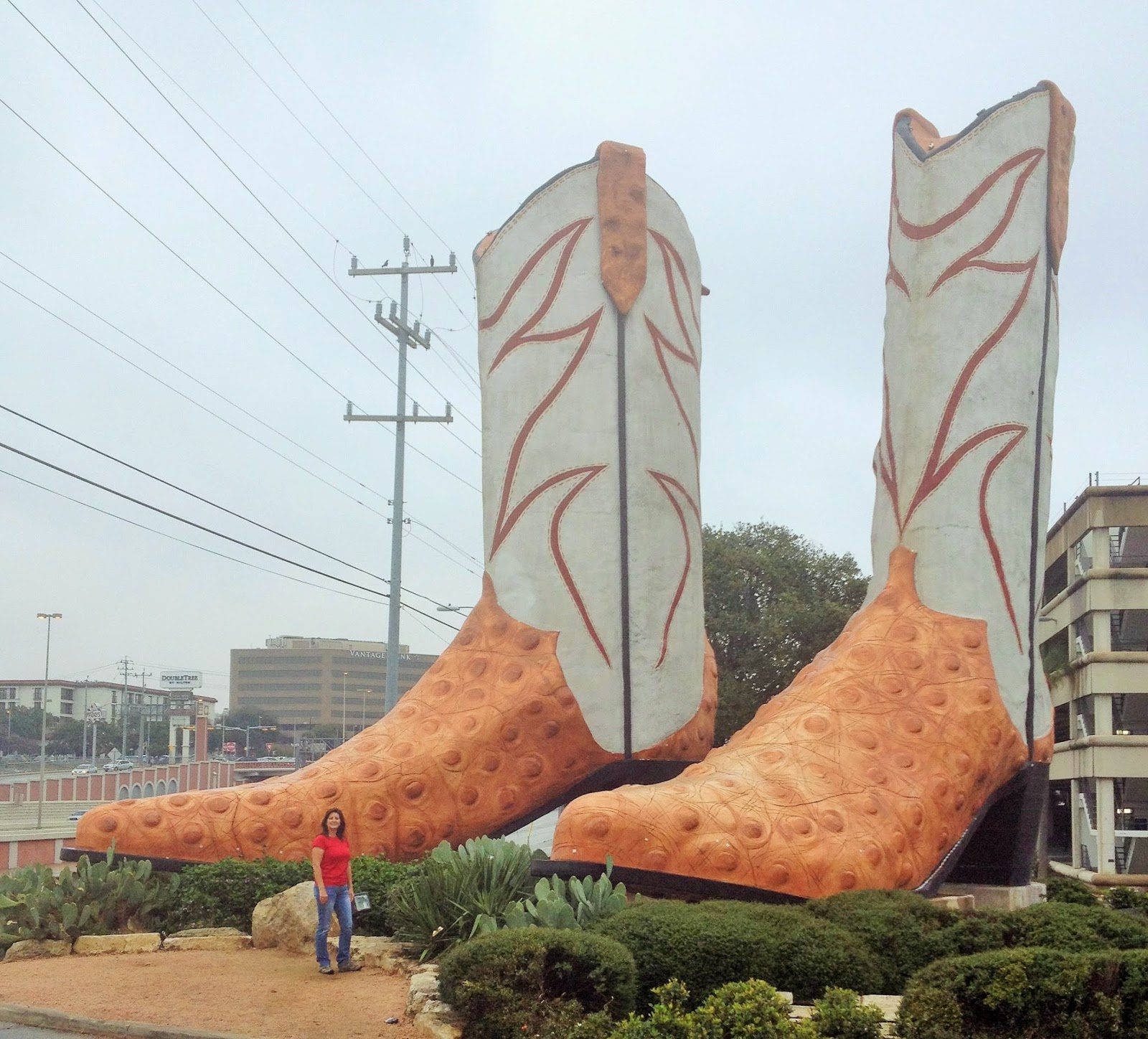 Off to the River Walk.  The 2.5 mile man-made section of the San Antonio River helps prevent flooding that used to happen in previous years. Cypress lined paths with stone bridges and landscaping wind through the city center.  There are many cafes, restaurants and shops throughout.  It was just beautiful to walk through at night. 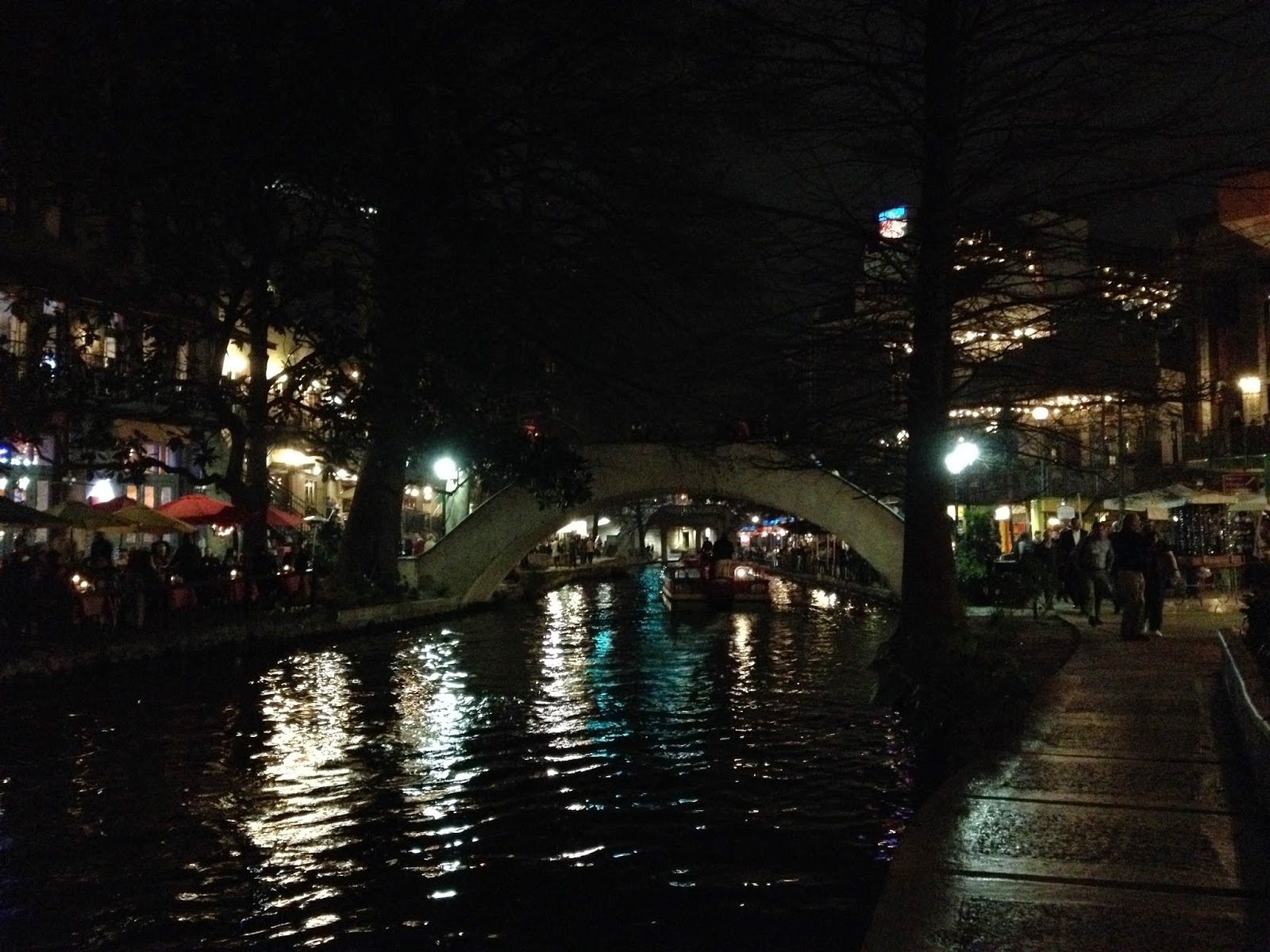 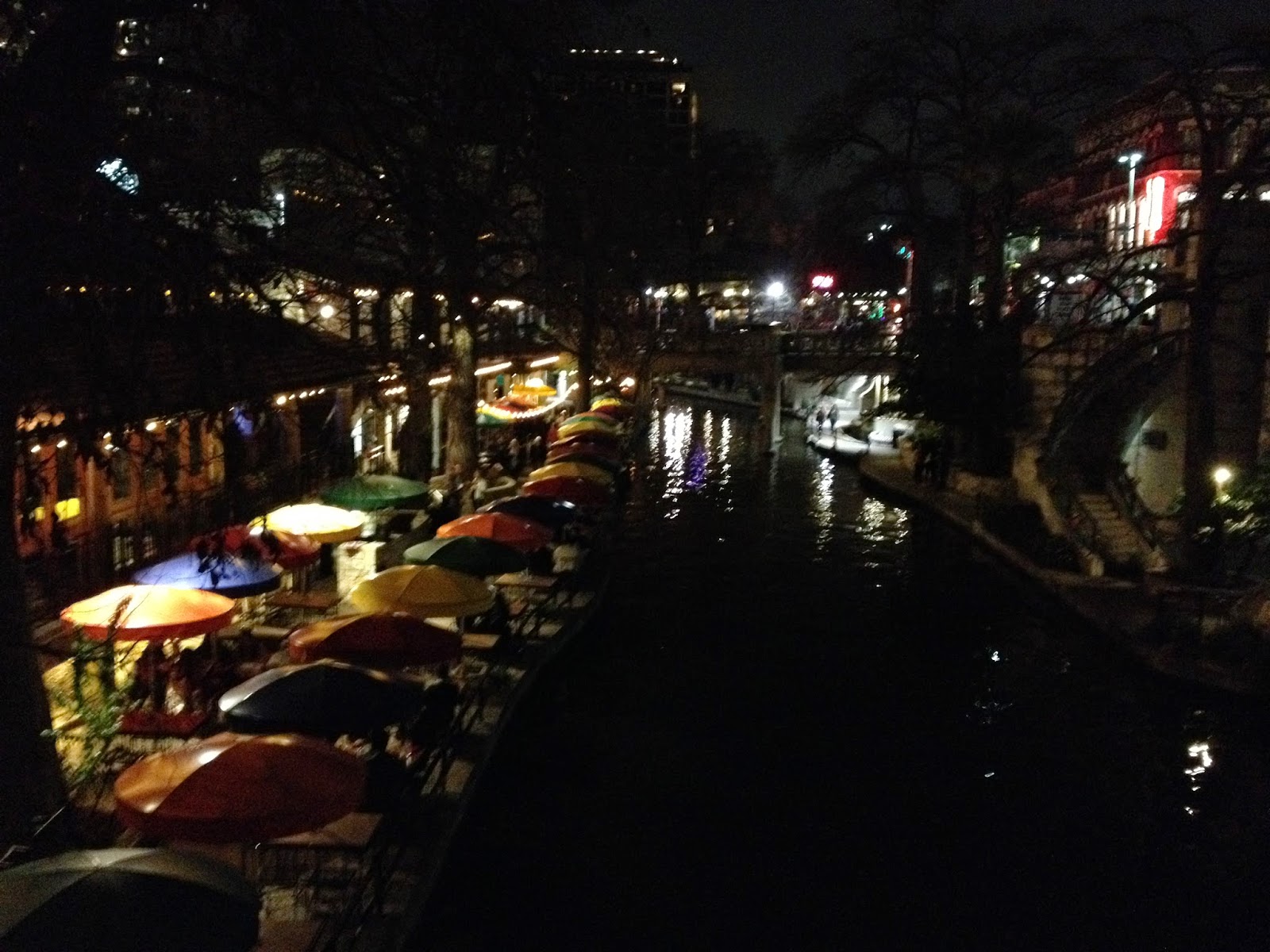 It's below the street level and much more lush than I thought it would be.  And this is February.  I'm sure when it warms up and the flowers are out it is even more lovely.
The next day we came back during the daytime.  It was Valentines Day.  There is a lot to see in the plaza.  At the Cathedral of San Fernando in the main plaza is where you will find the remains of the Alamo heroes.  Today though, we found a beautiful wedding going on.  I kind of felt like I was crashing it, but I wasn't.  I was just watching through the window in the door as these 3 adorable flower girls were getting ready to go down the isle holding hands. 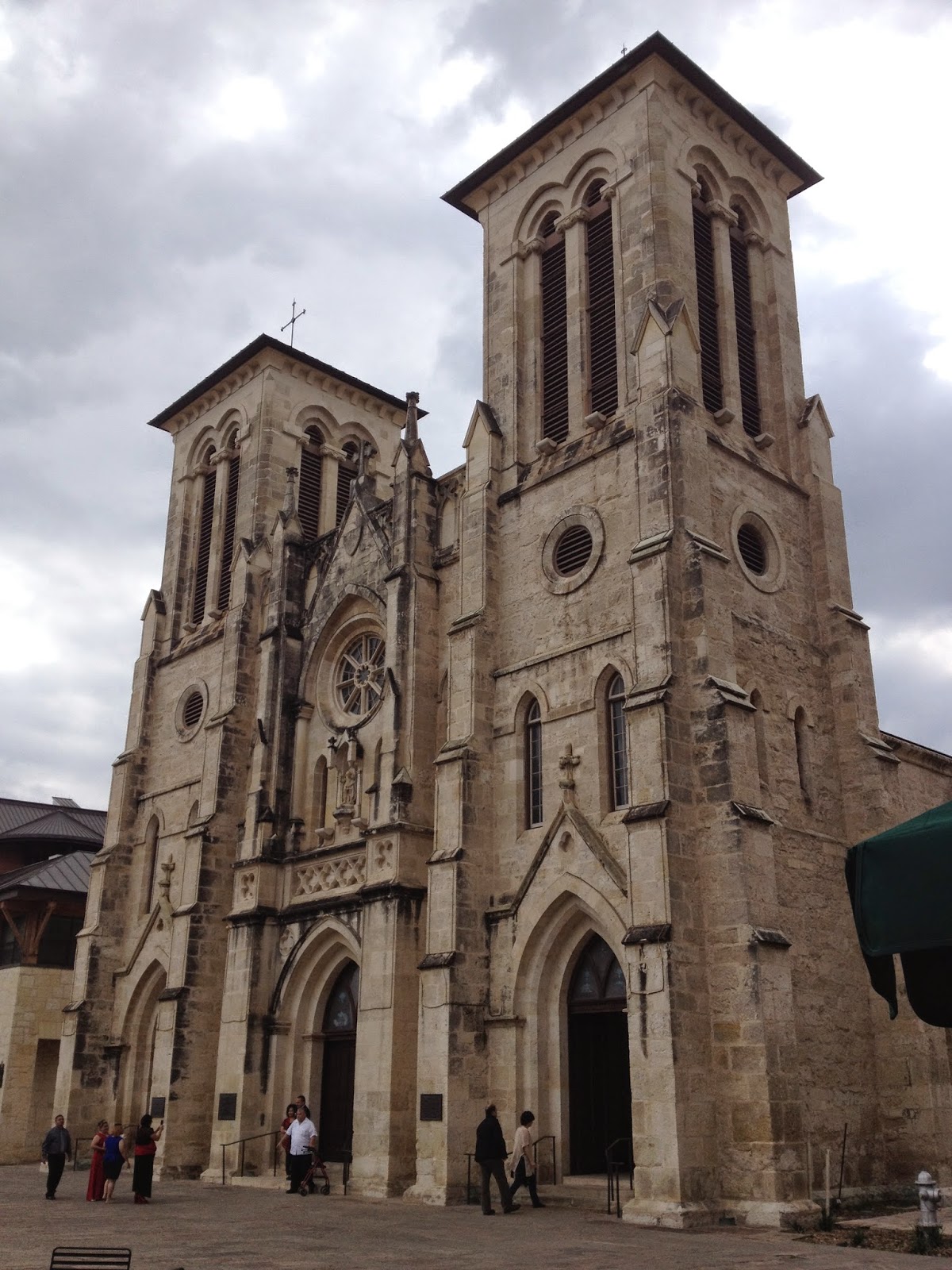 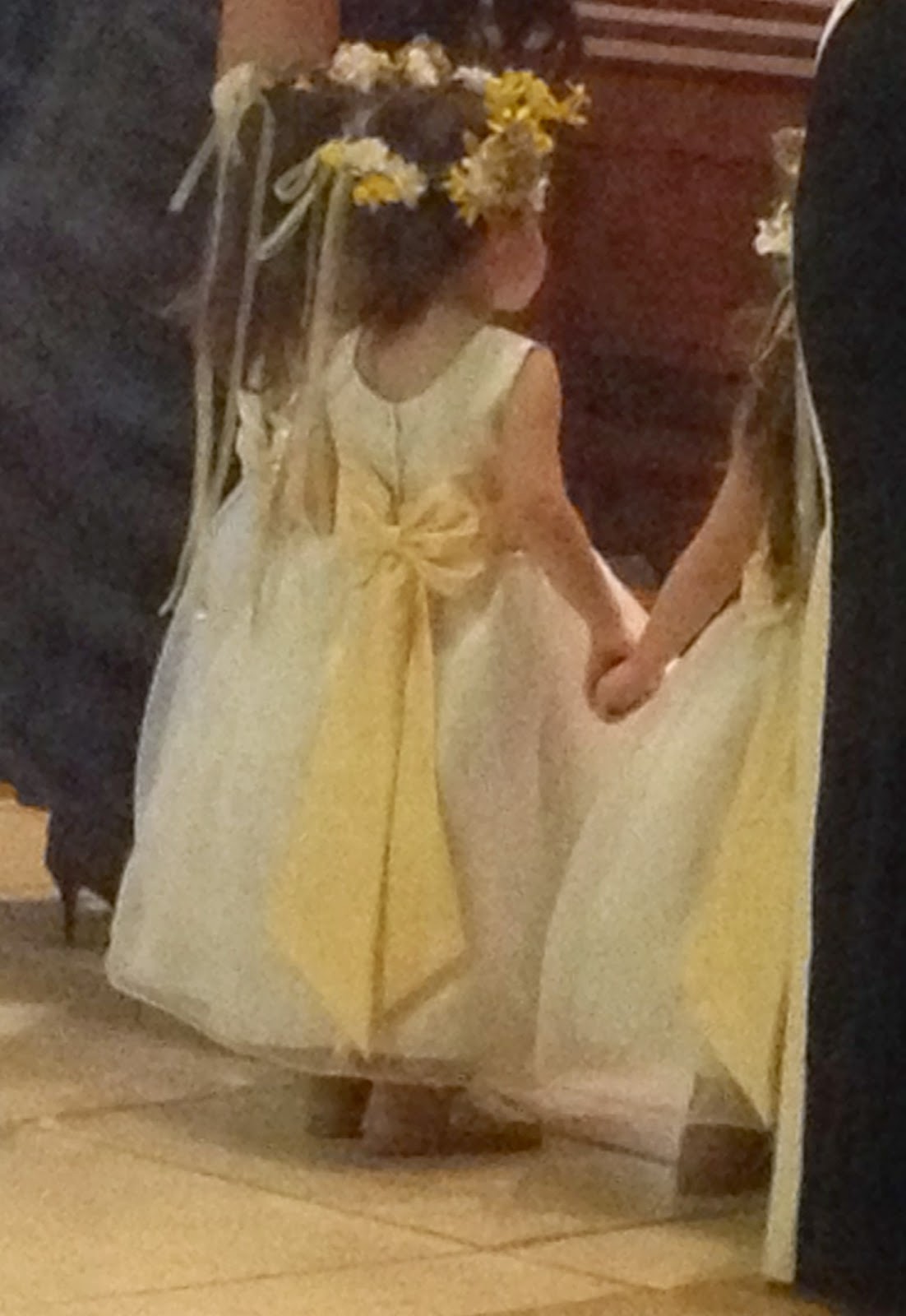 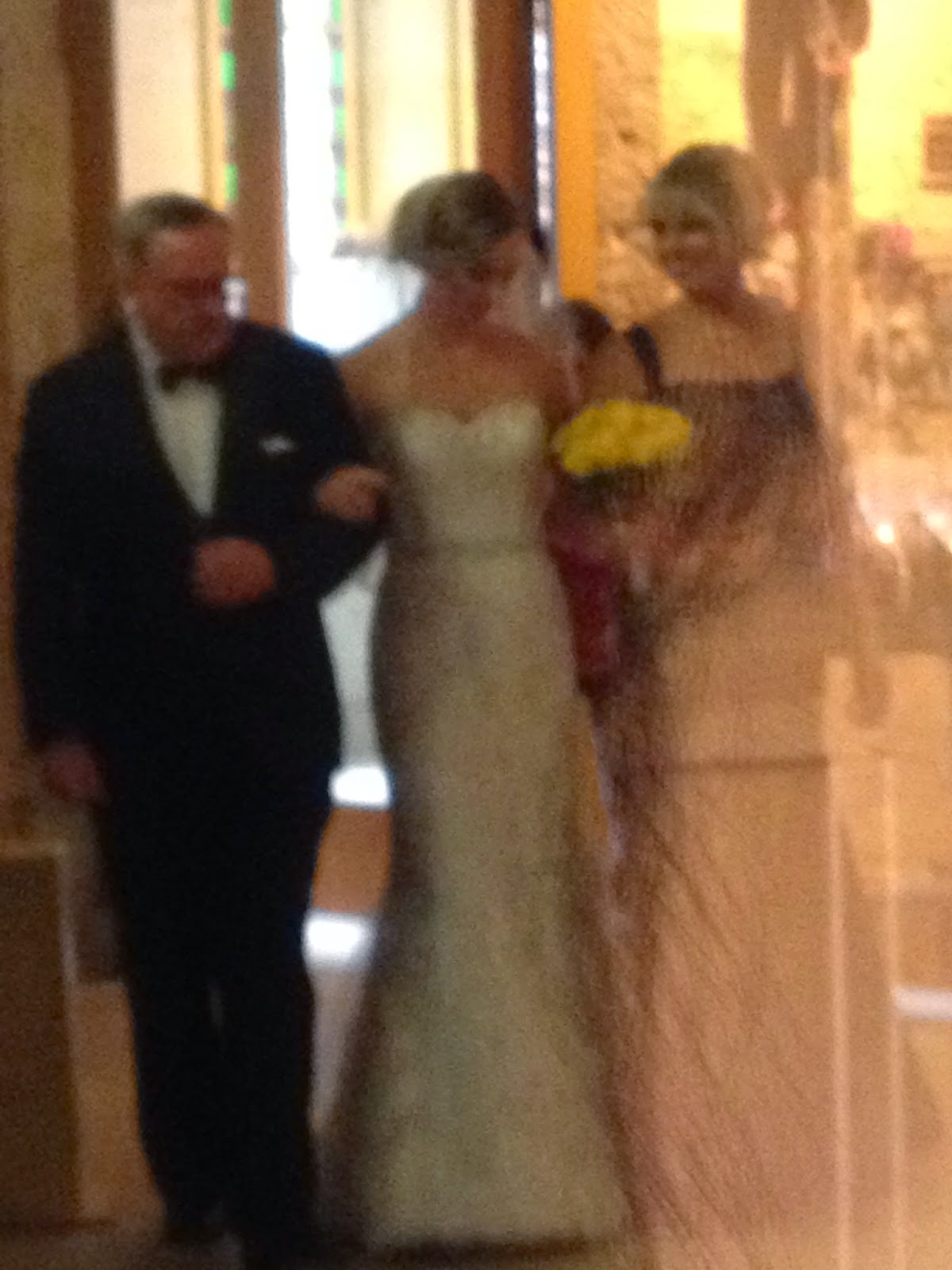 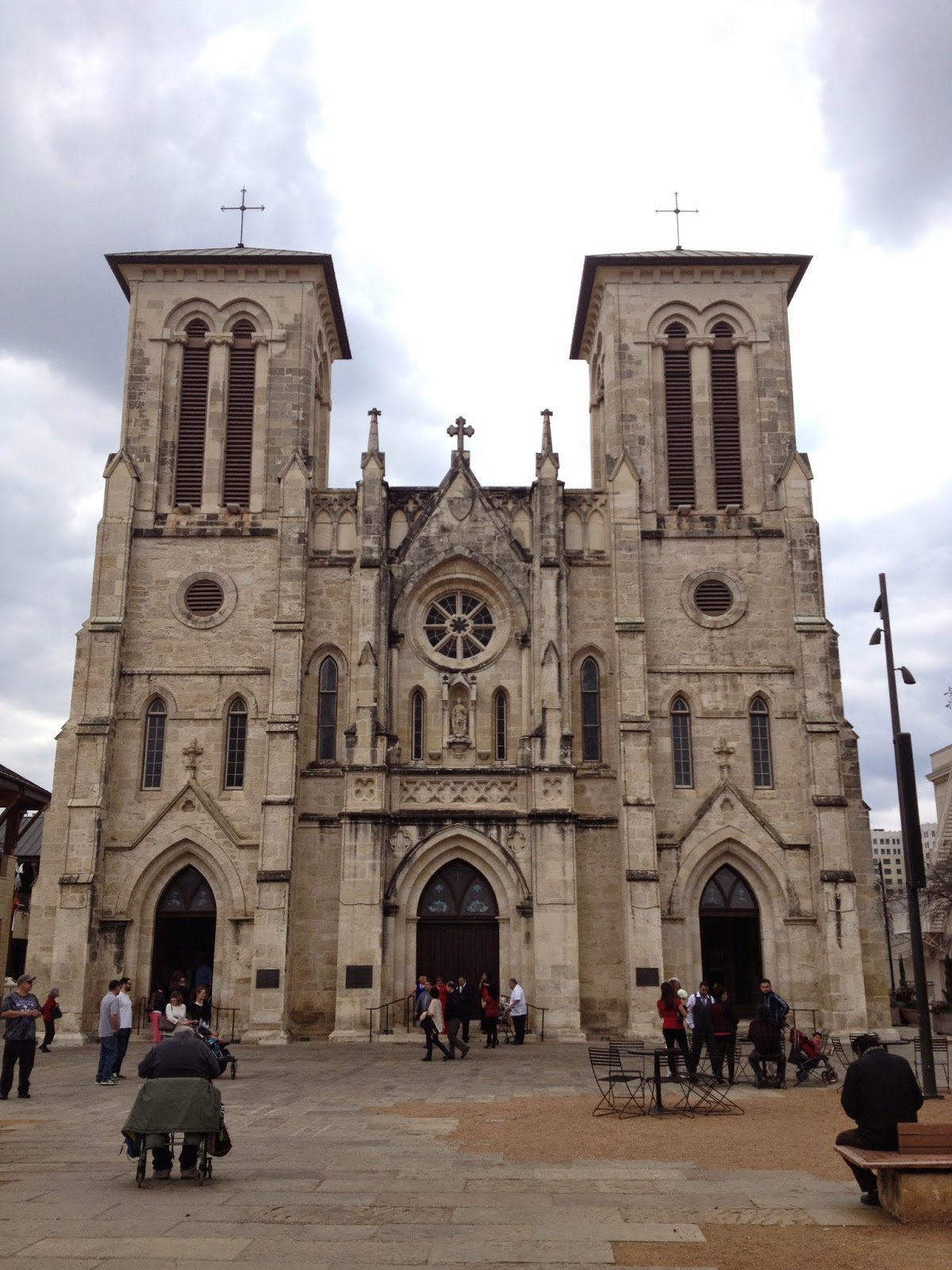 And then the beautiful bride came out escorted by her parents (I'm guessing).
The remains of the Alamo battle are interred in one of the chapels of this church. 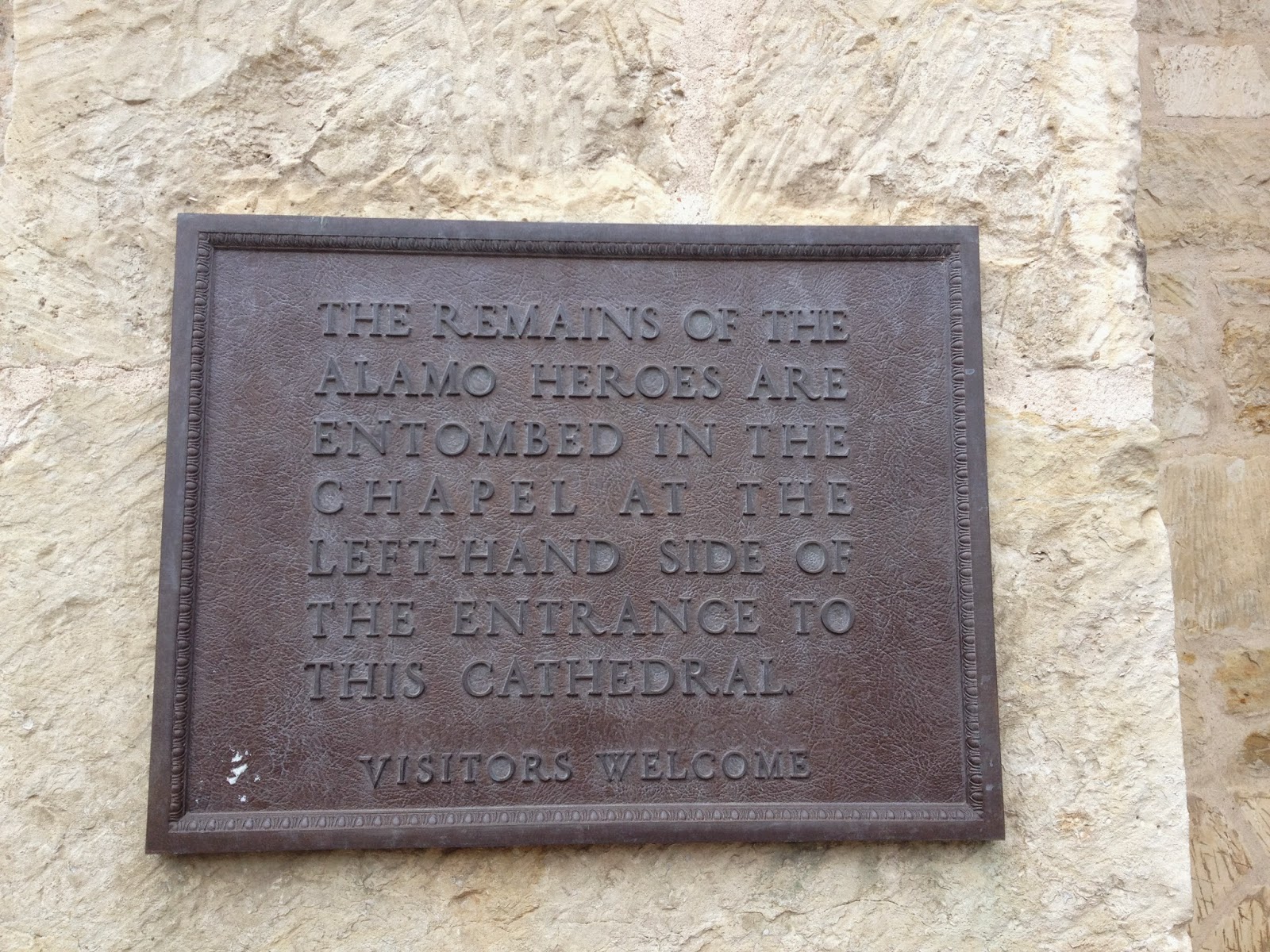 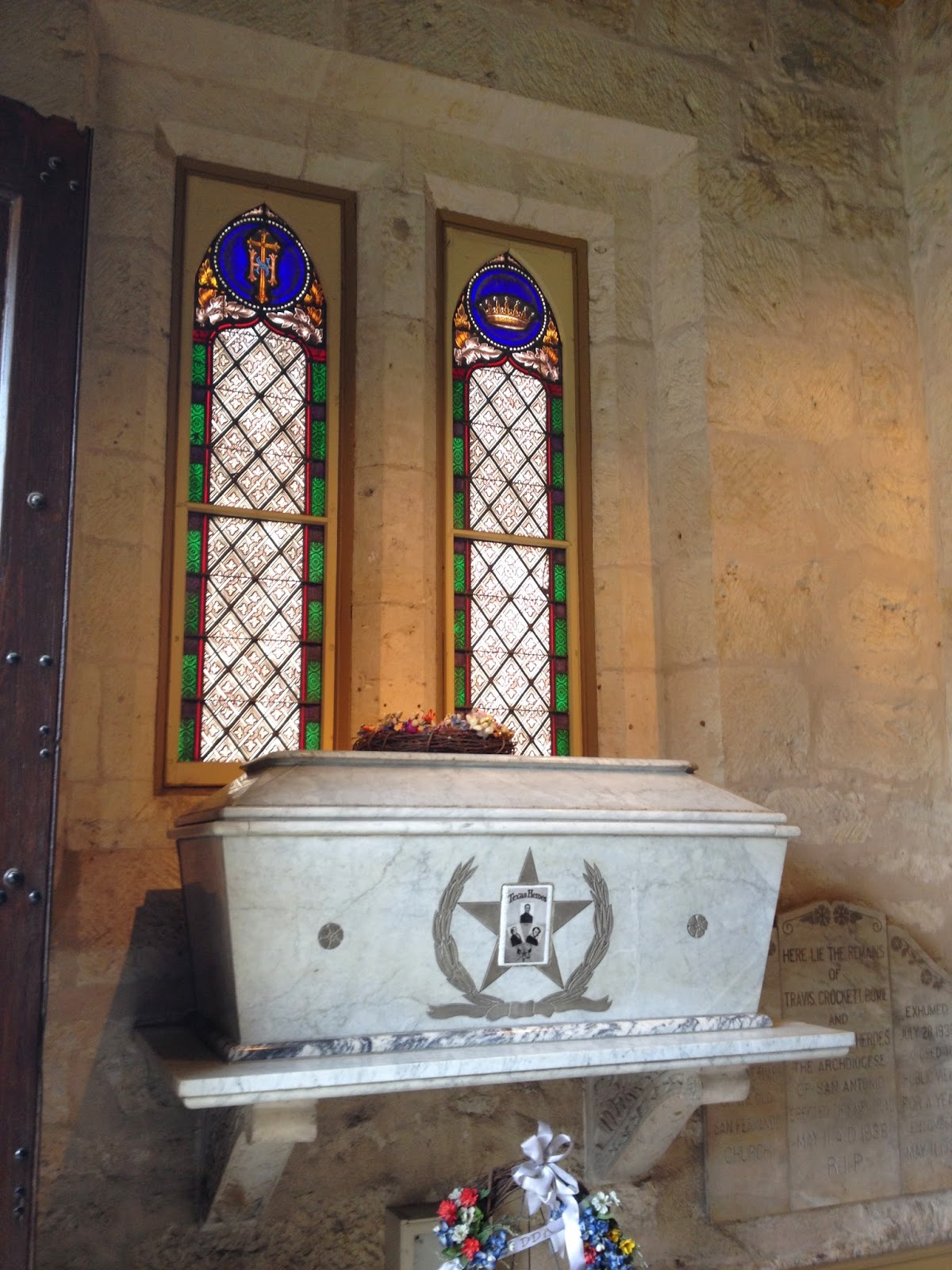 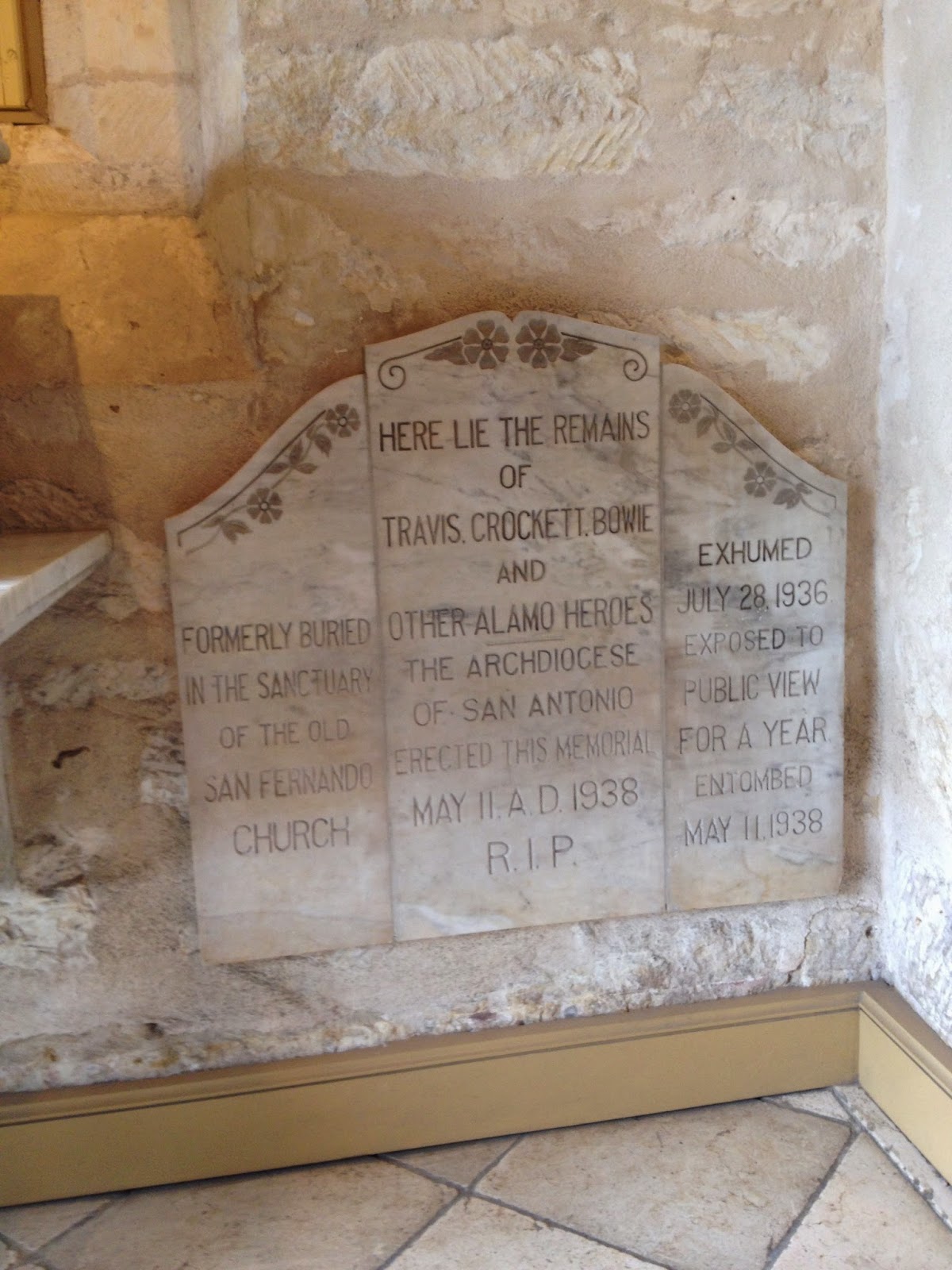 The Alamo was founded in 1718 as the first mission in San Antonio. For 13 days in 1836, close to 200 Texas defenders held the Alamo from over one thousand of General Santa Anna's troops from Mexico. The most famous of the defenders, William Travis, Jim Bowie, and Davy Crockett, died fighting overwhelming odds for freedom and are buried in the churches cathedral. 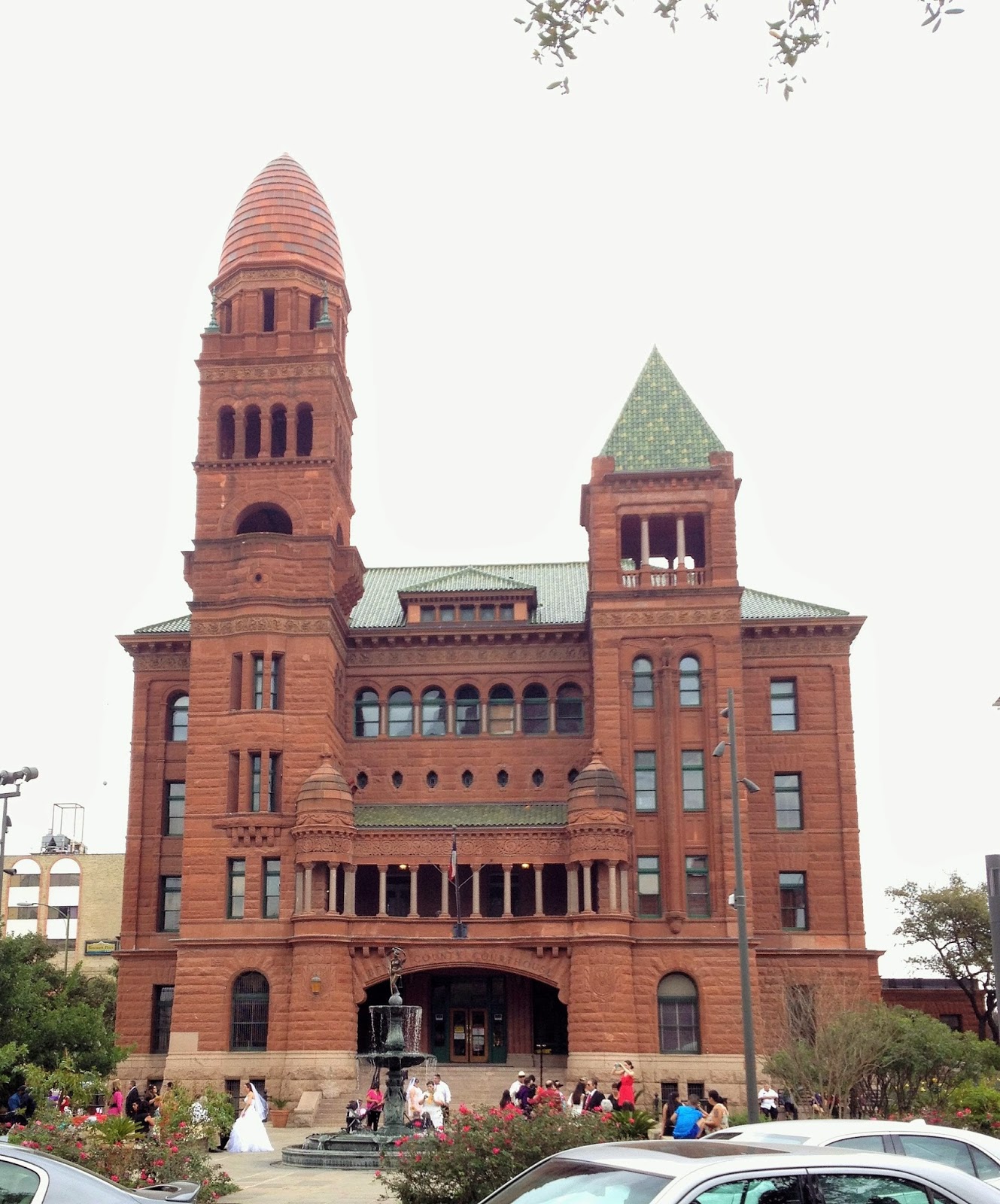 The Bexar County Courthouse was another busy place as many couples were
outside waiting to get married.
Back to the River Walk for more exploring.  Today was the Mardi Gras River Parade.  There were quite a few people lining the banks watching the decorated boats float by with festive music.  Of course beads were being thrown from the boats. 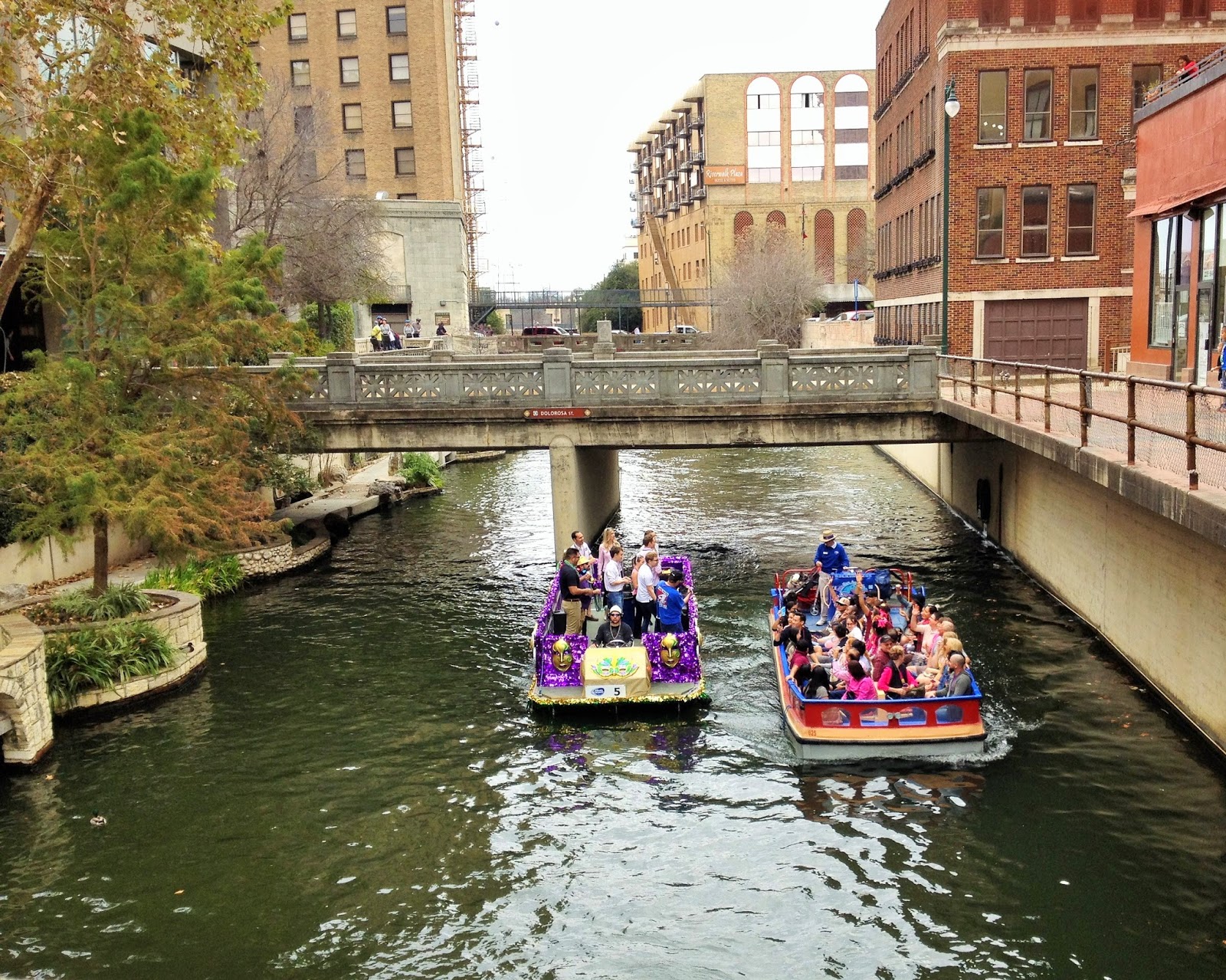 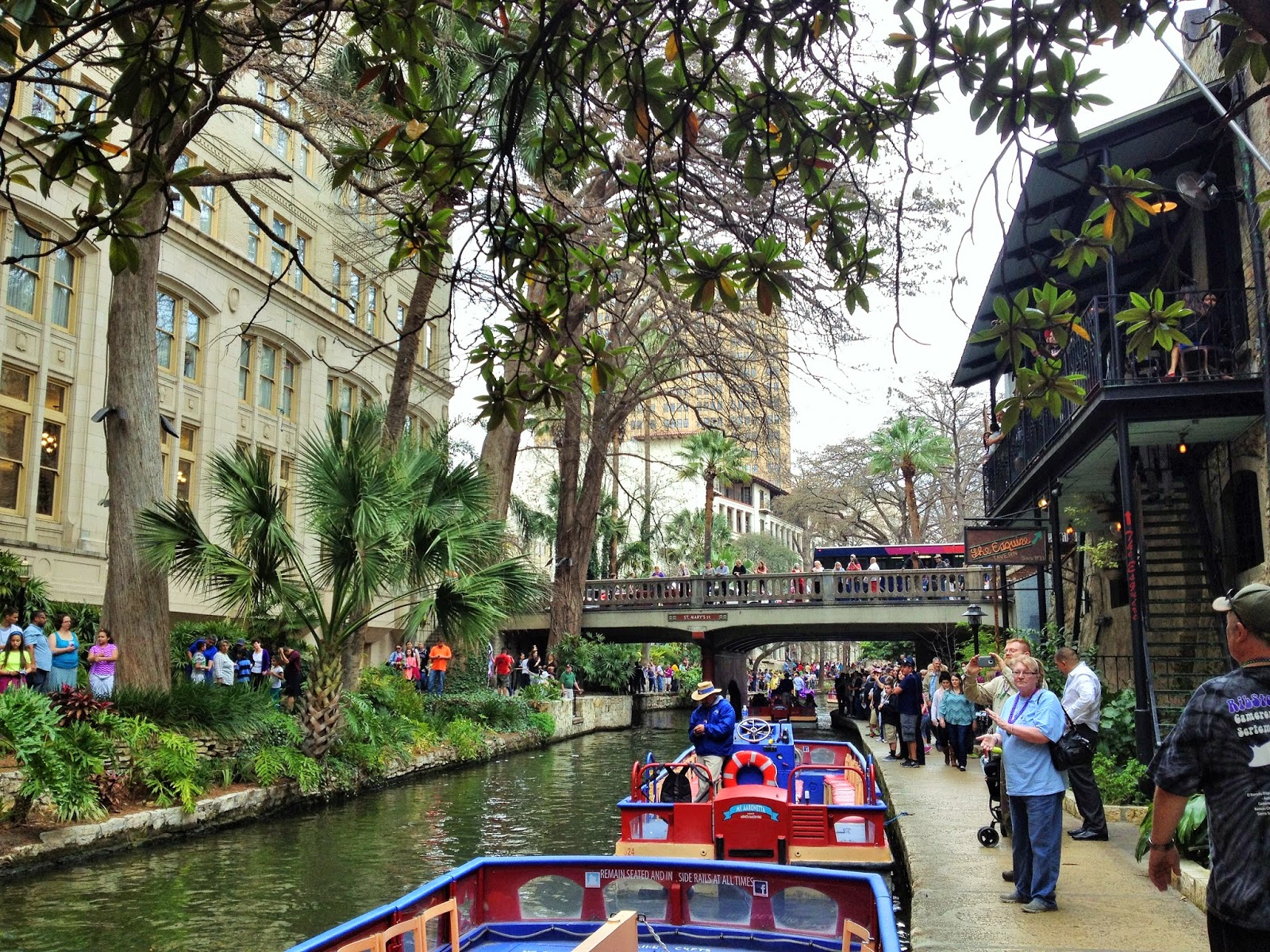 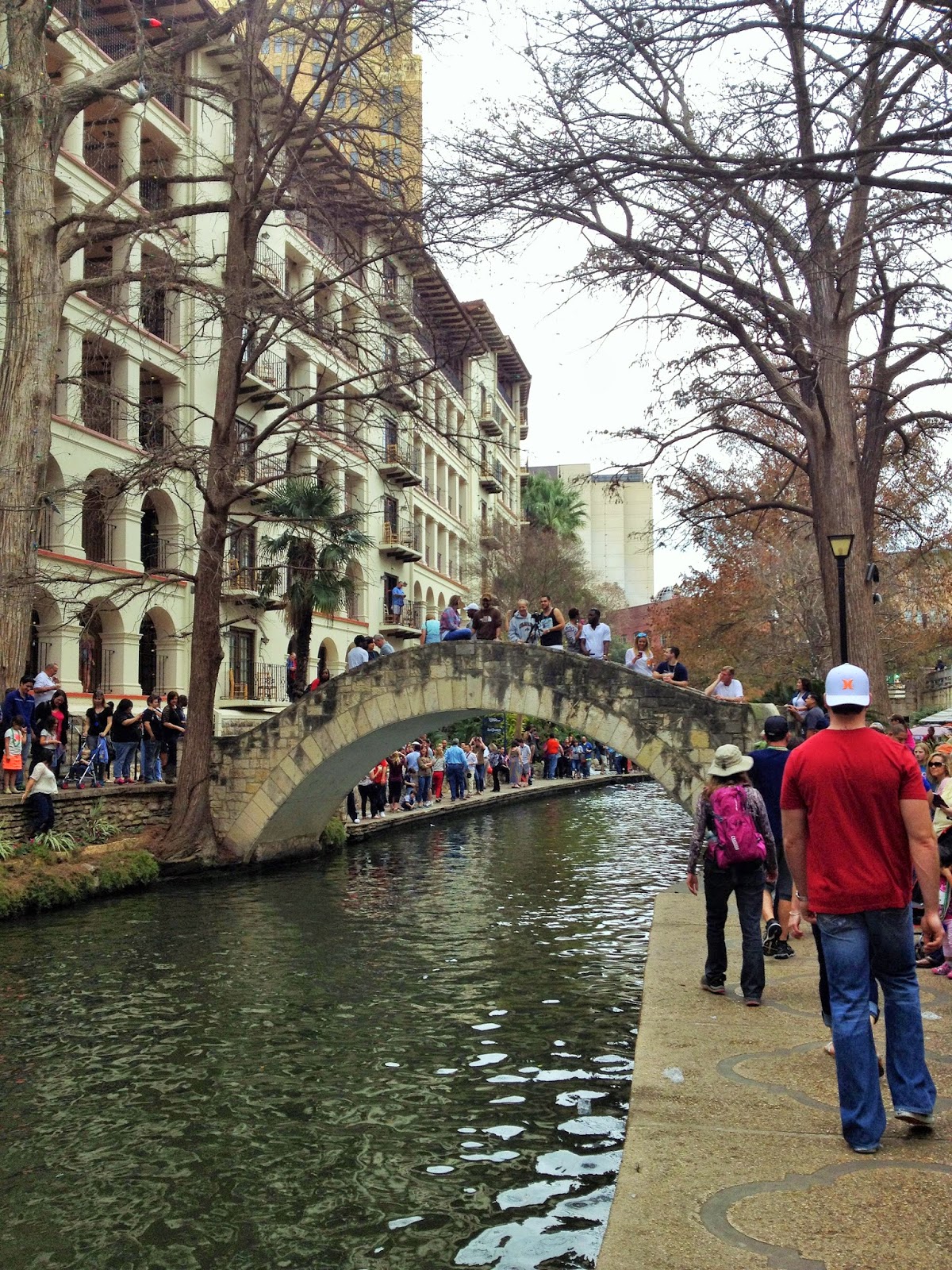 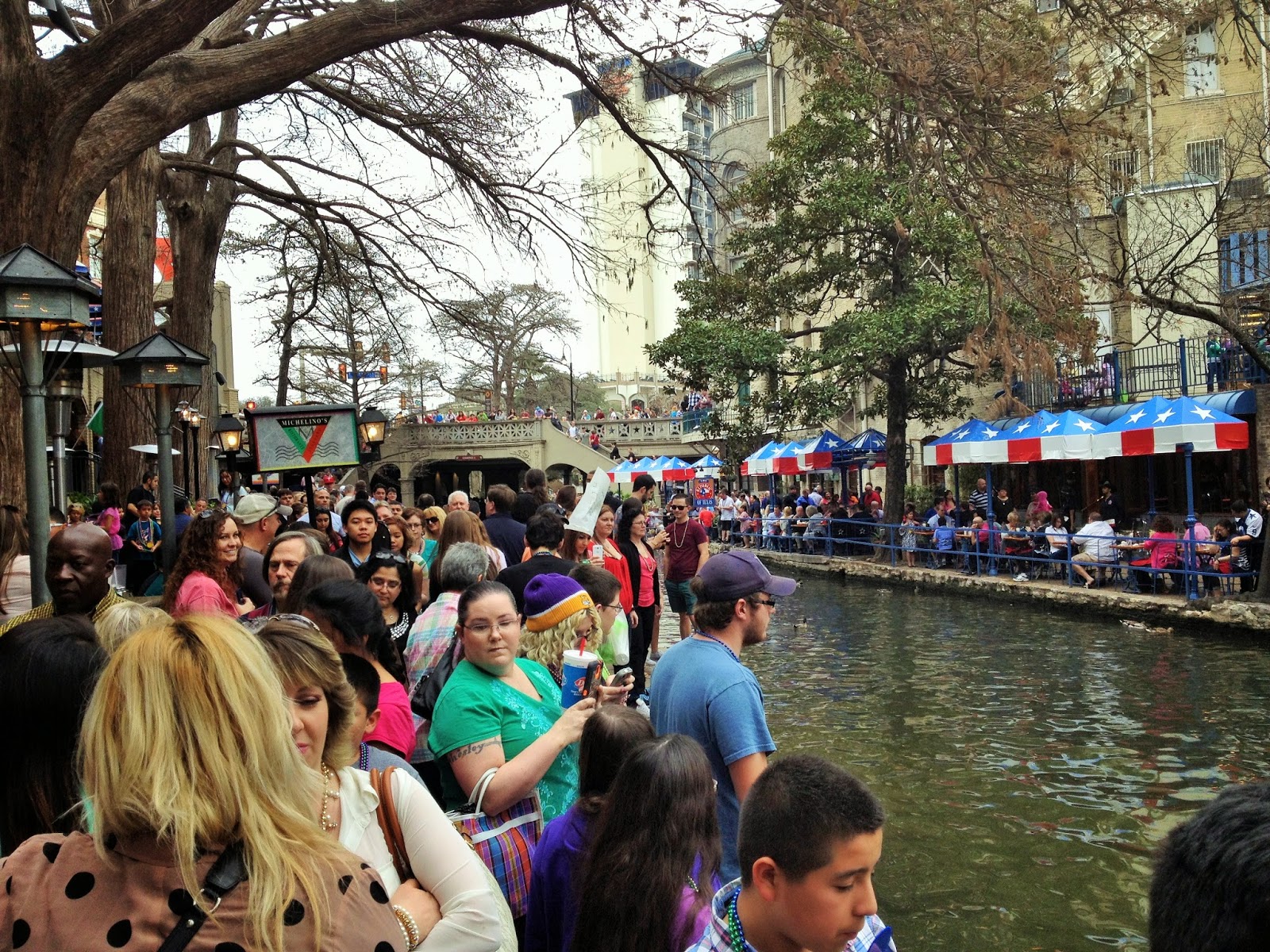 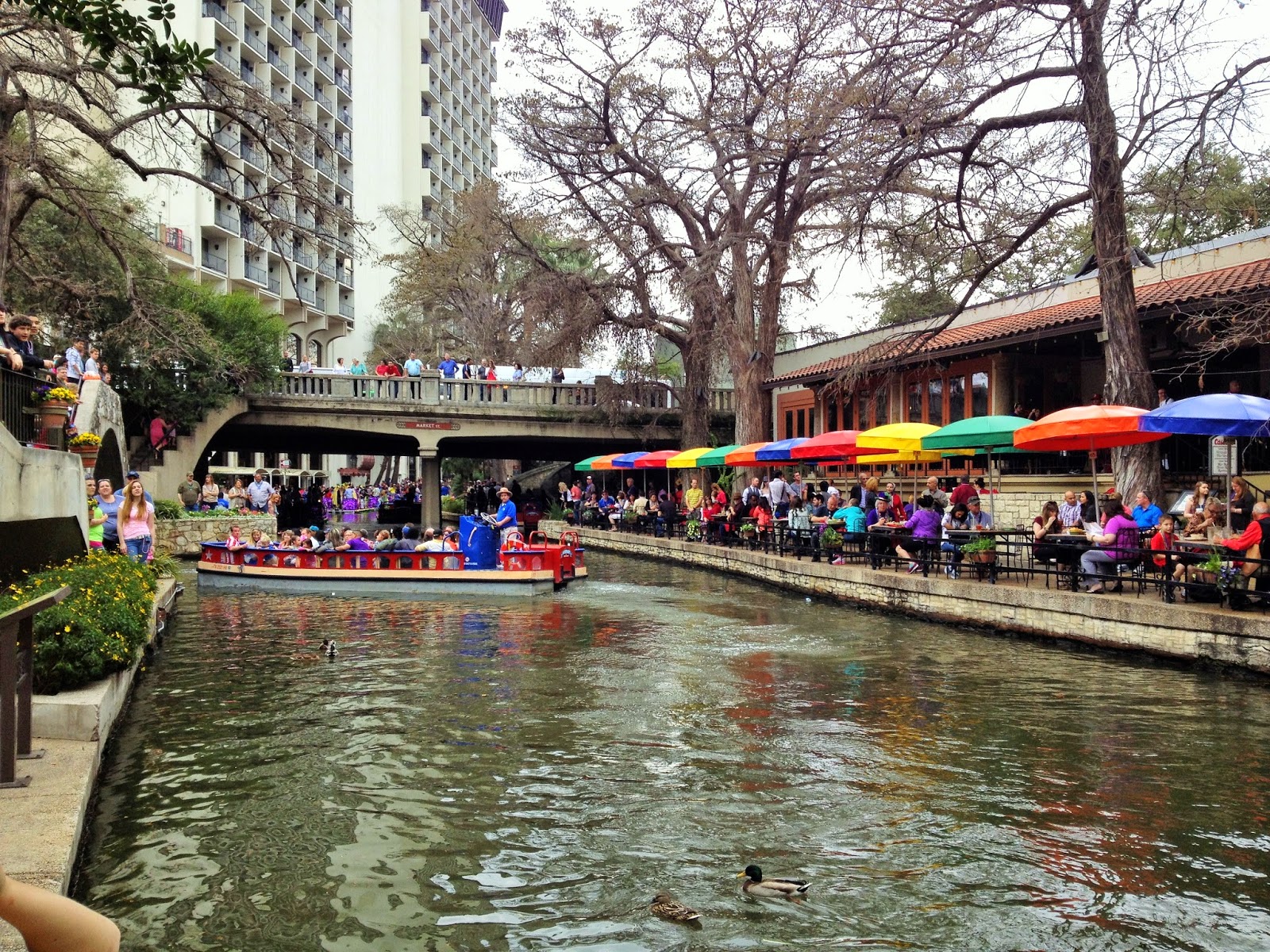 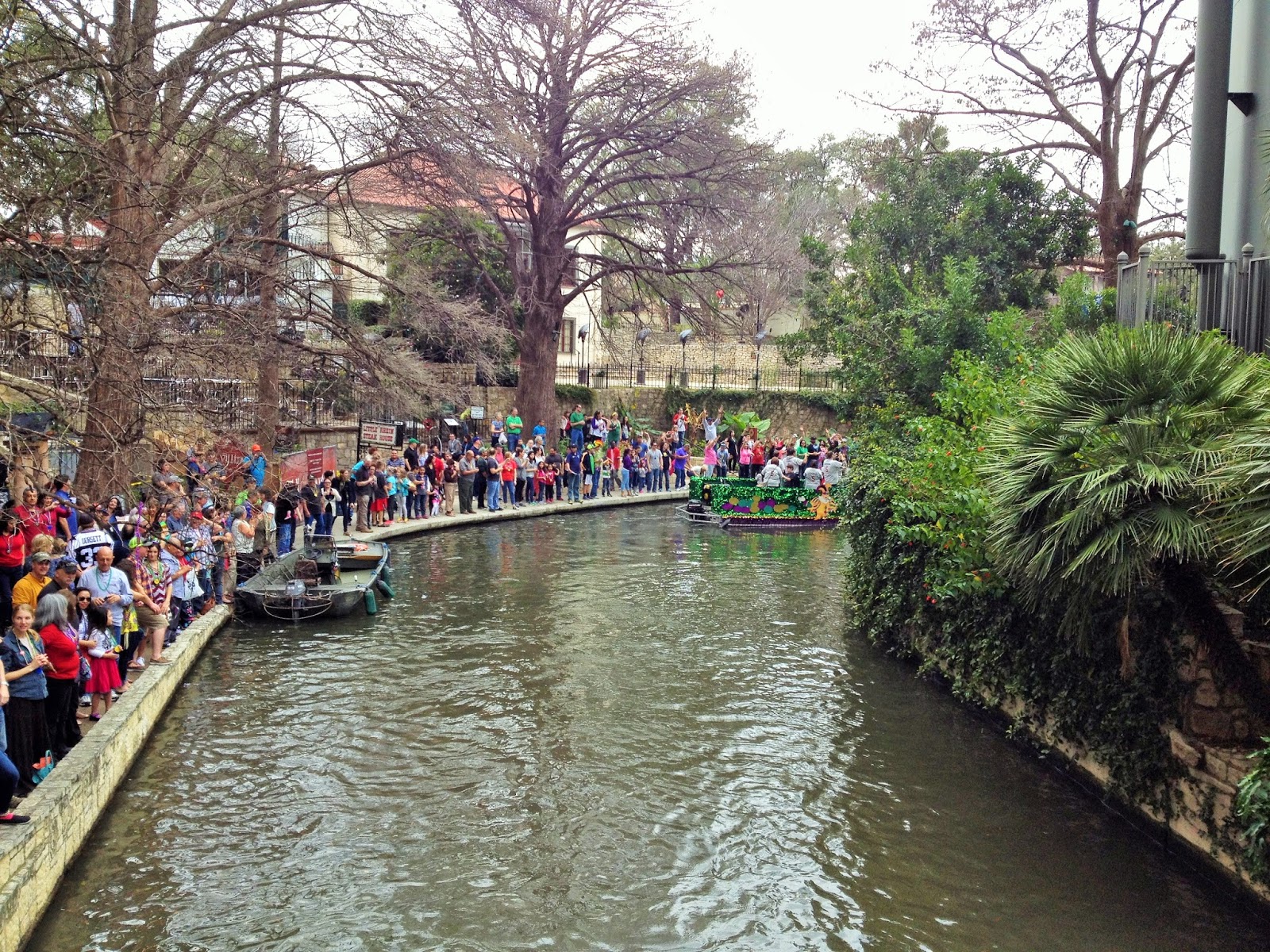 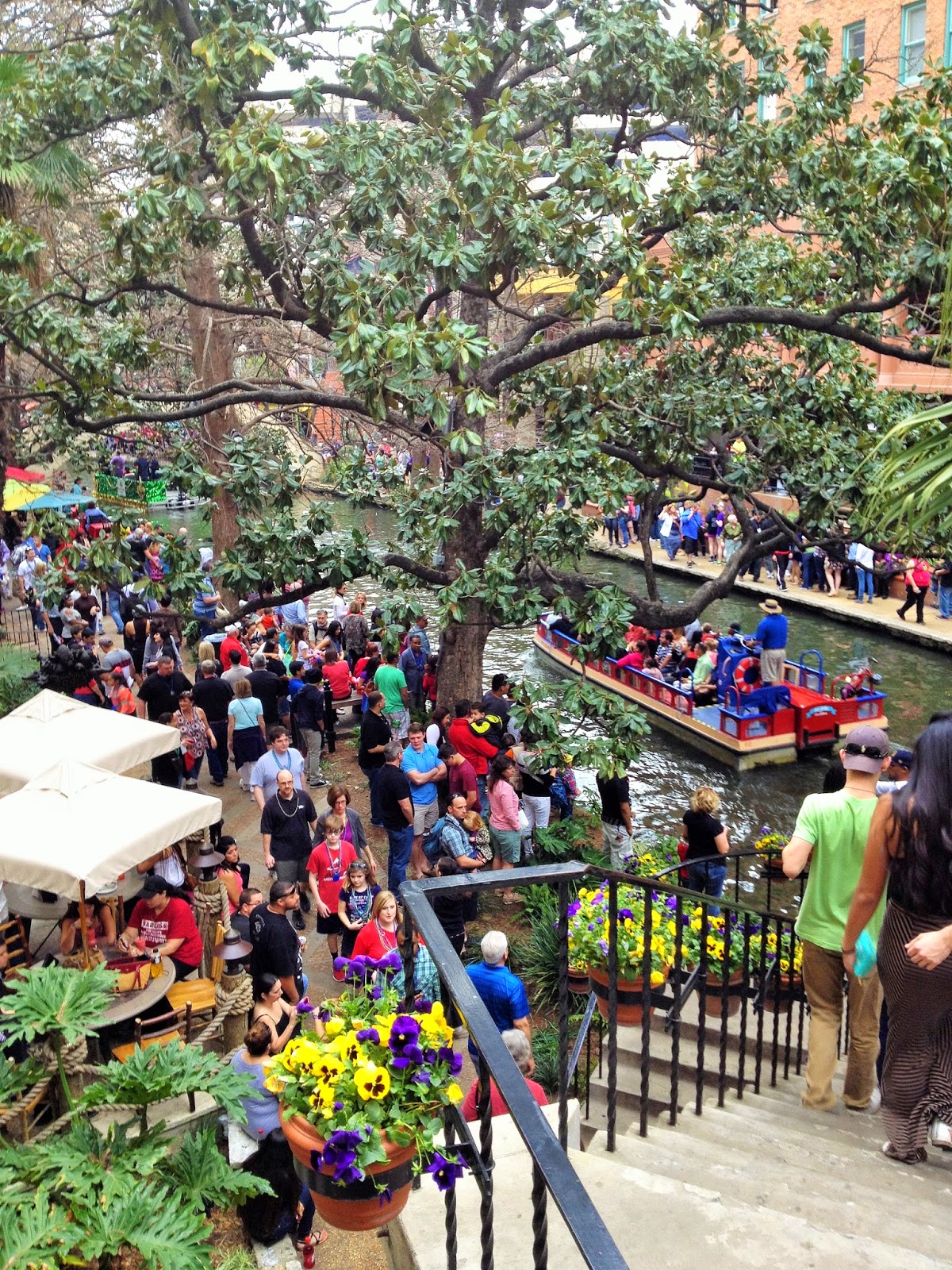 After all that walking we were ready to get a little bite to eat and something to drink.  Pat O'Briens looked just right.  We sat down and listened to a nice band playing while we had lunch. 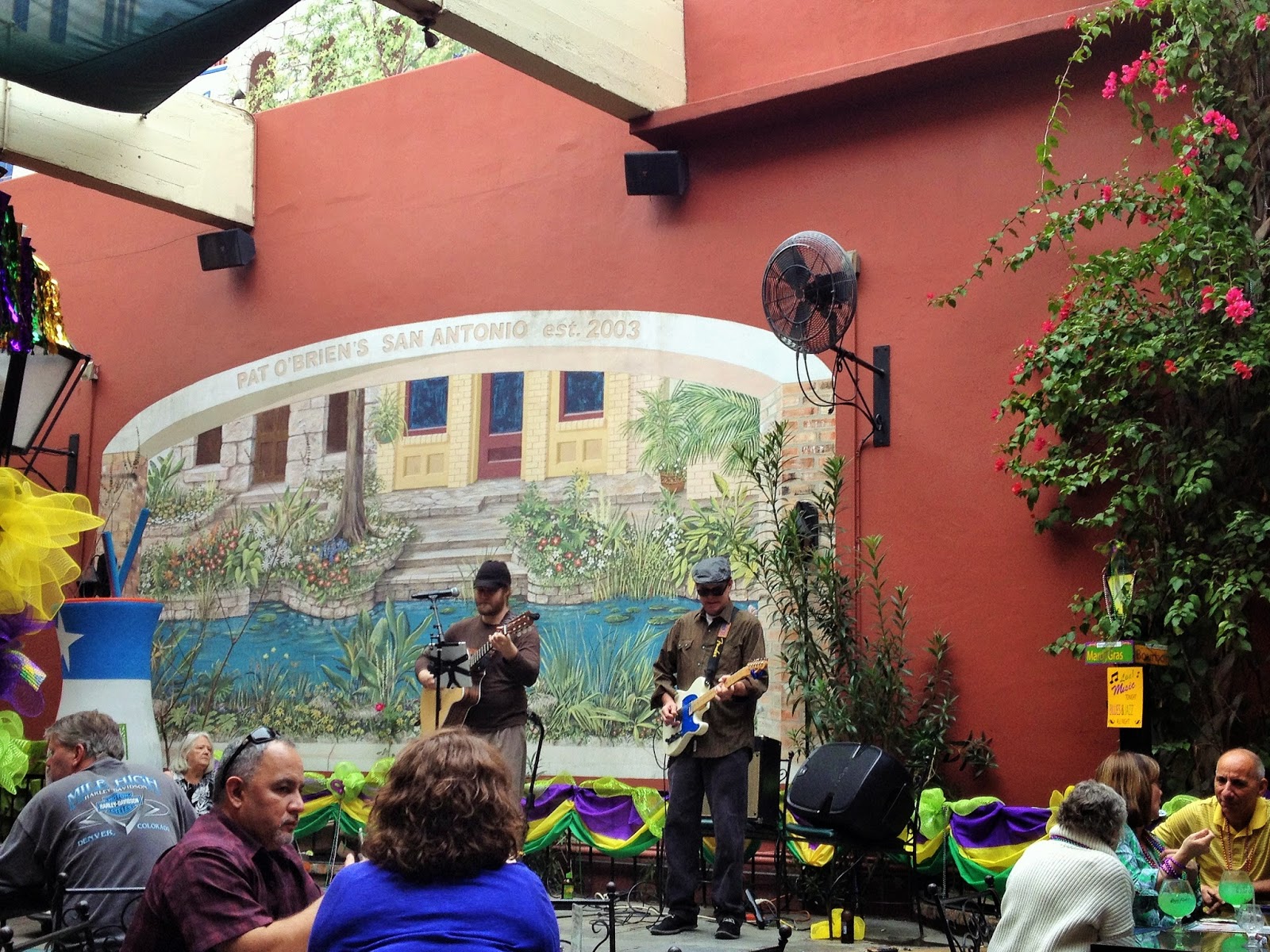 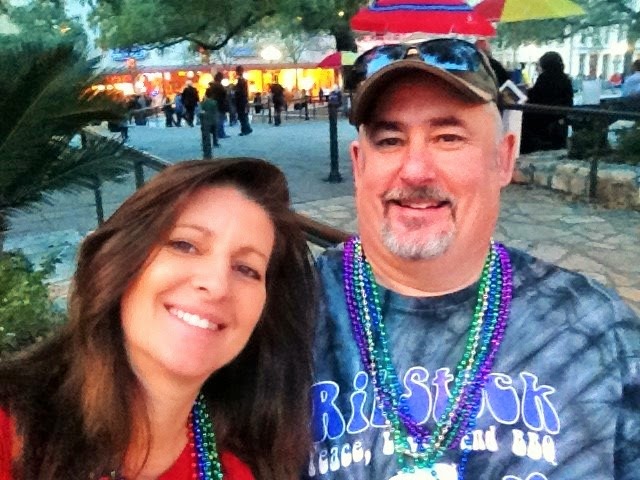 We got our share of beads too!
Posted by DebbieM