New Orleans, LA
Bayou Signette State Park
Our drive from Alabama to New Orleans took us along the coast and some swamp areas.  It was still very cold outside but we looked forward to some warmer weather in LA.

Approaching the city of New Orleans, I couldn't NOT think about how different it may look since I last visited many years ago.  We past the infamous Superdome, where along with the football games, unspeakable things happened during hurricane Katrina.
Since you drive on a raised highway and many bridges, you look down on the city as you drive.  You could see many new buildings that were rebuilt after the hurricane.  You could see many new roofs, roofs that weren't (and should have) been replaced and buildings that had no roofs.  There were nice areas and unfortunately, some areas that looked forgotten.  Old, rotting homes with trees and vines growing through them stood next to tidy landscaped homes.  Spans of old parking lots, cracked and covered in tall weeds where there must have been malls and stores, fenced and abandoned. 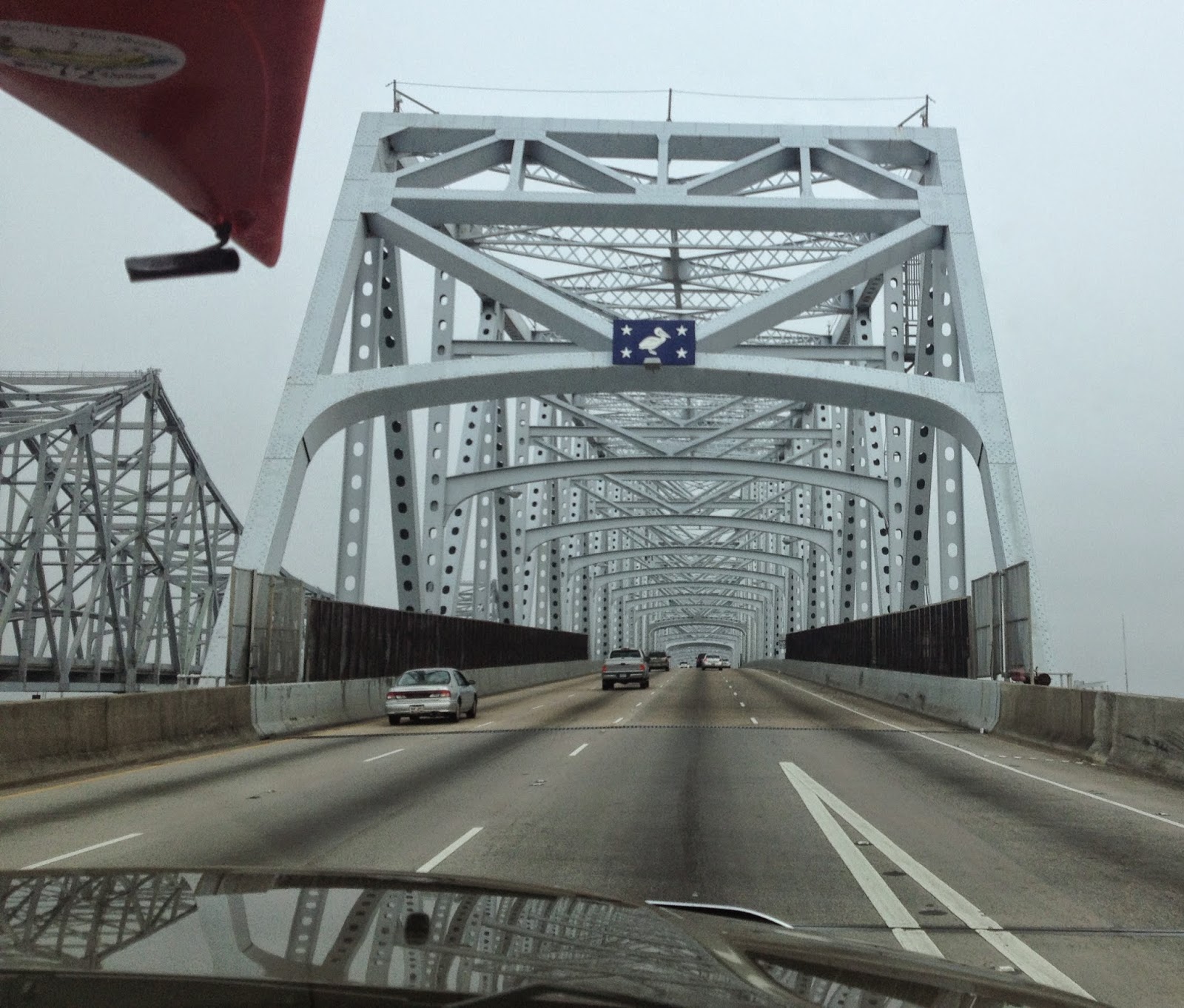 Many bridges around here!
We stayed at Bayou Signette State Park just across the river from the French Quarter and down a bit.  It's a smaller campground with water & electric, $20 a night.  Clean and quiet with FREE laundry!  Wow, first time we've been at a state park that has free laundry!  There isn't as much privacy between sites, but the sites are spaced far apart.  This park was a great choice as we could drive a few miles, park and then take the ferry across to the French Quarter for $2 each (cash only). 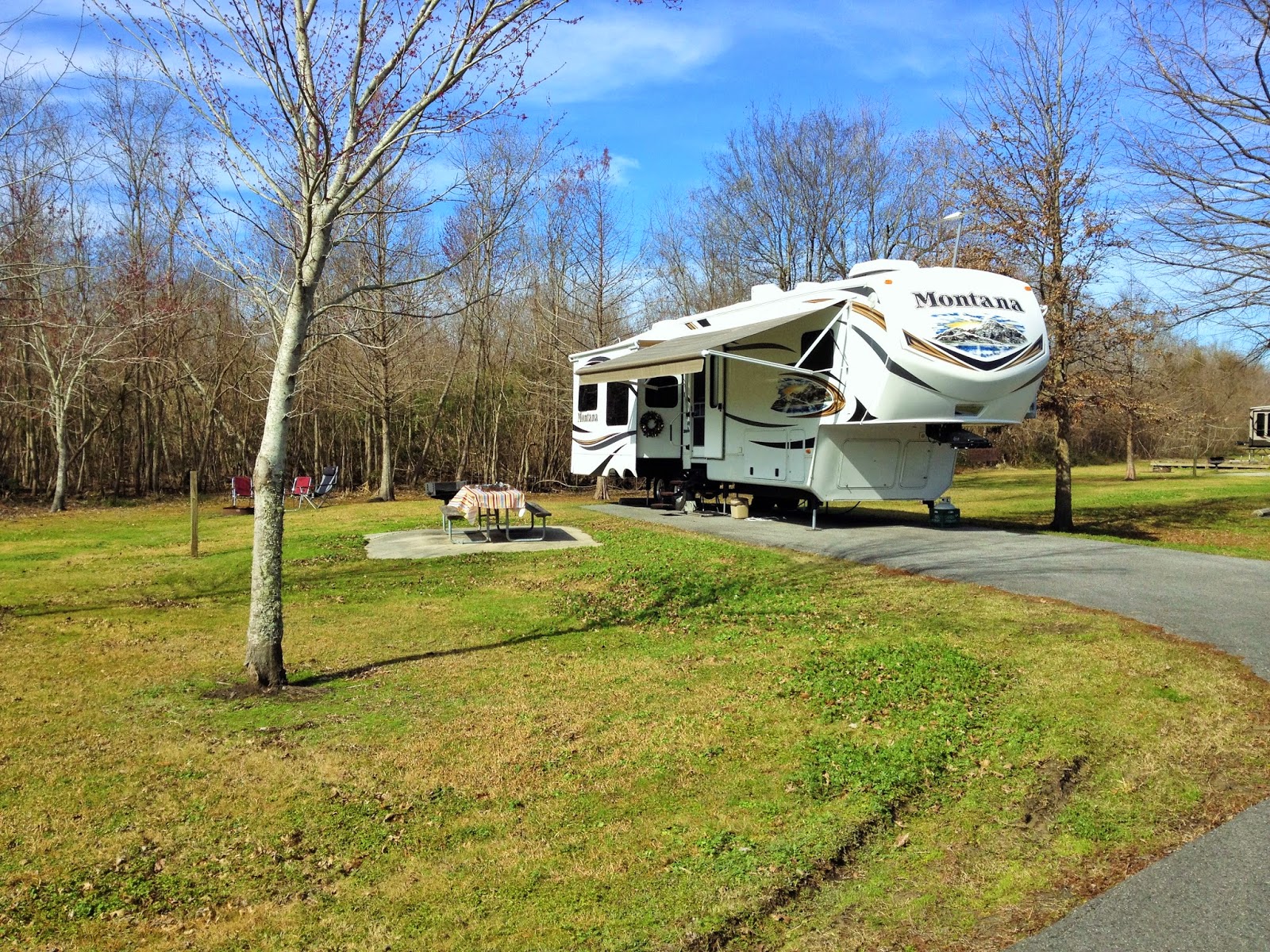 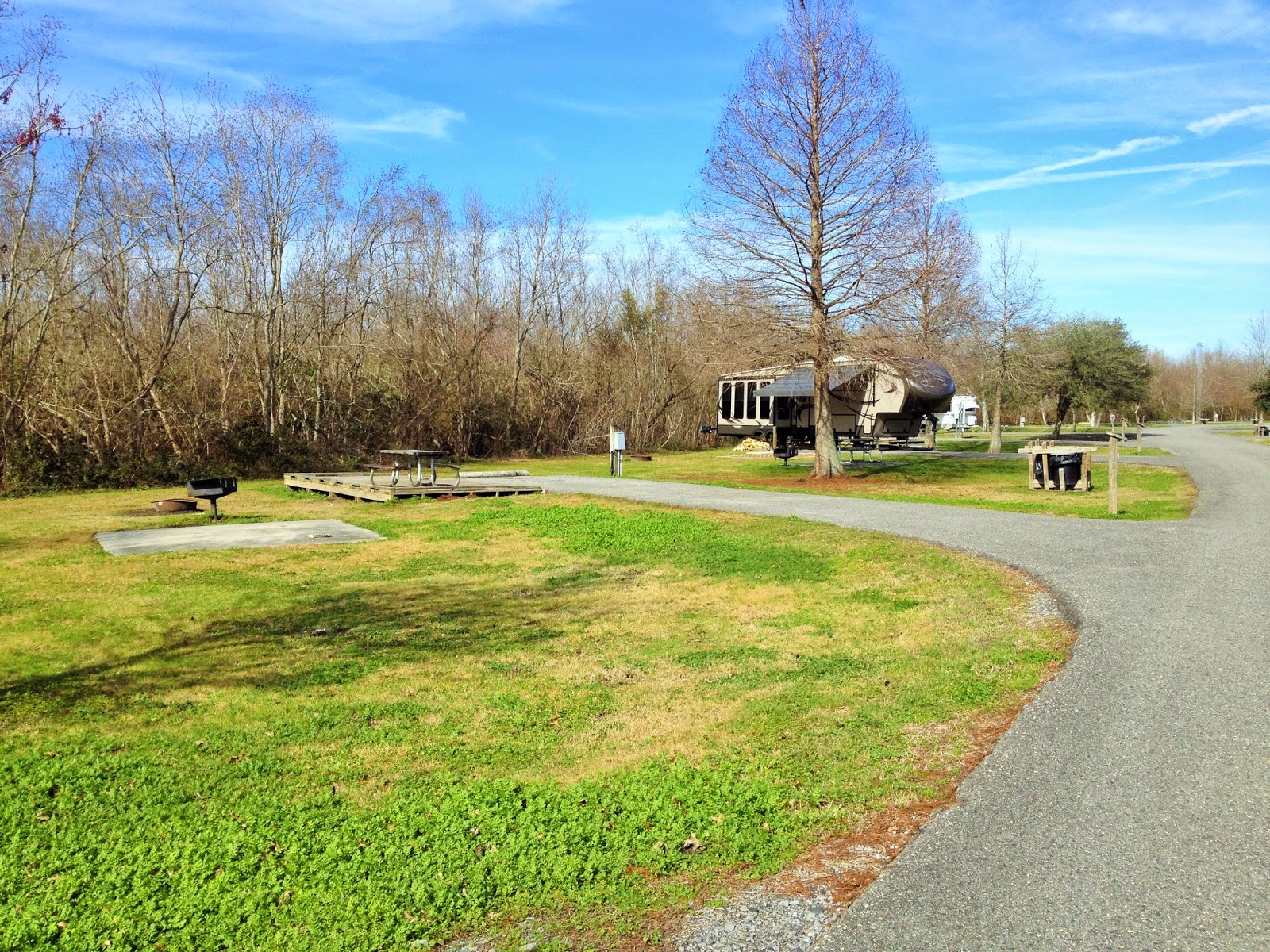 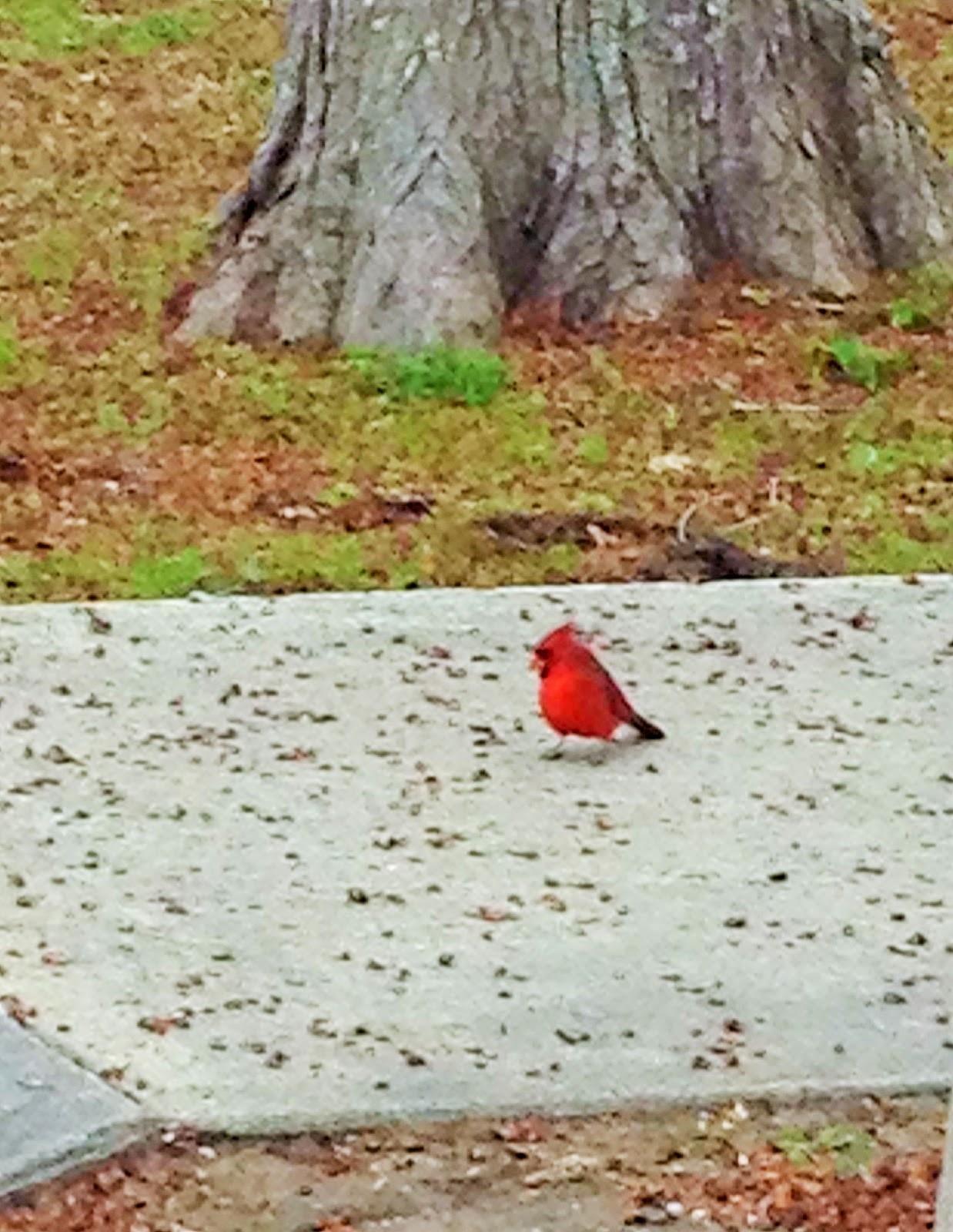 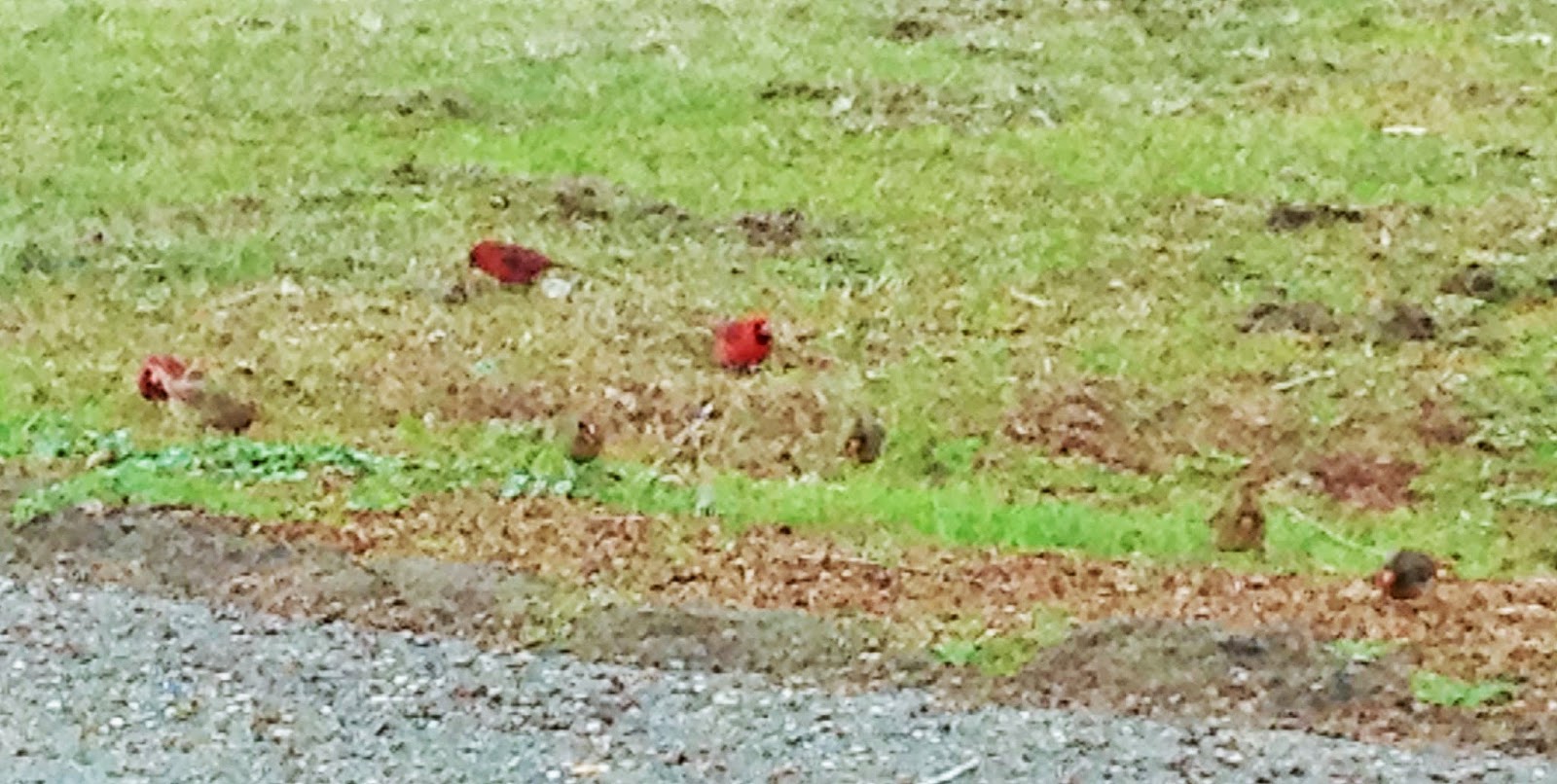 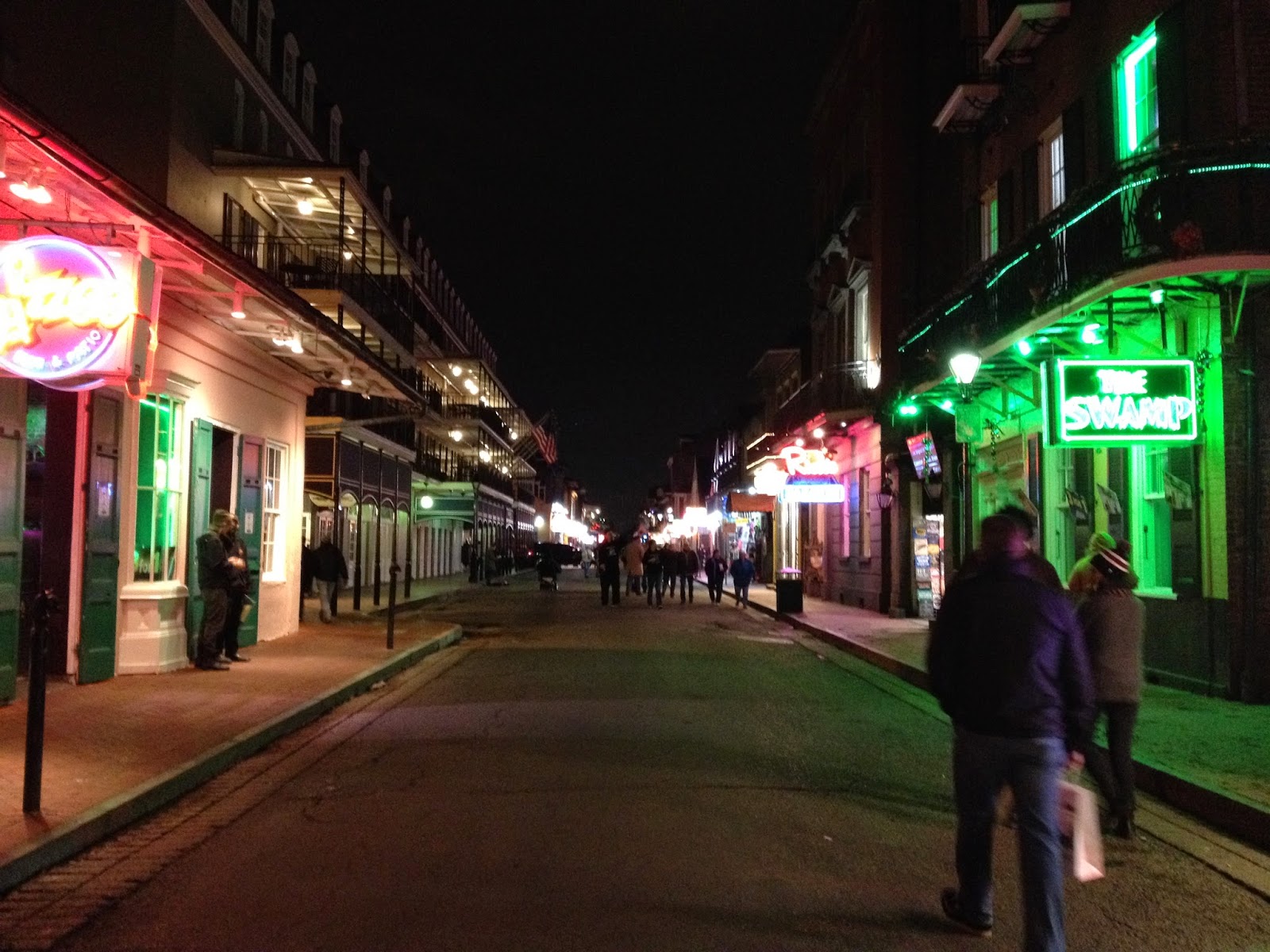 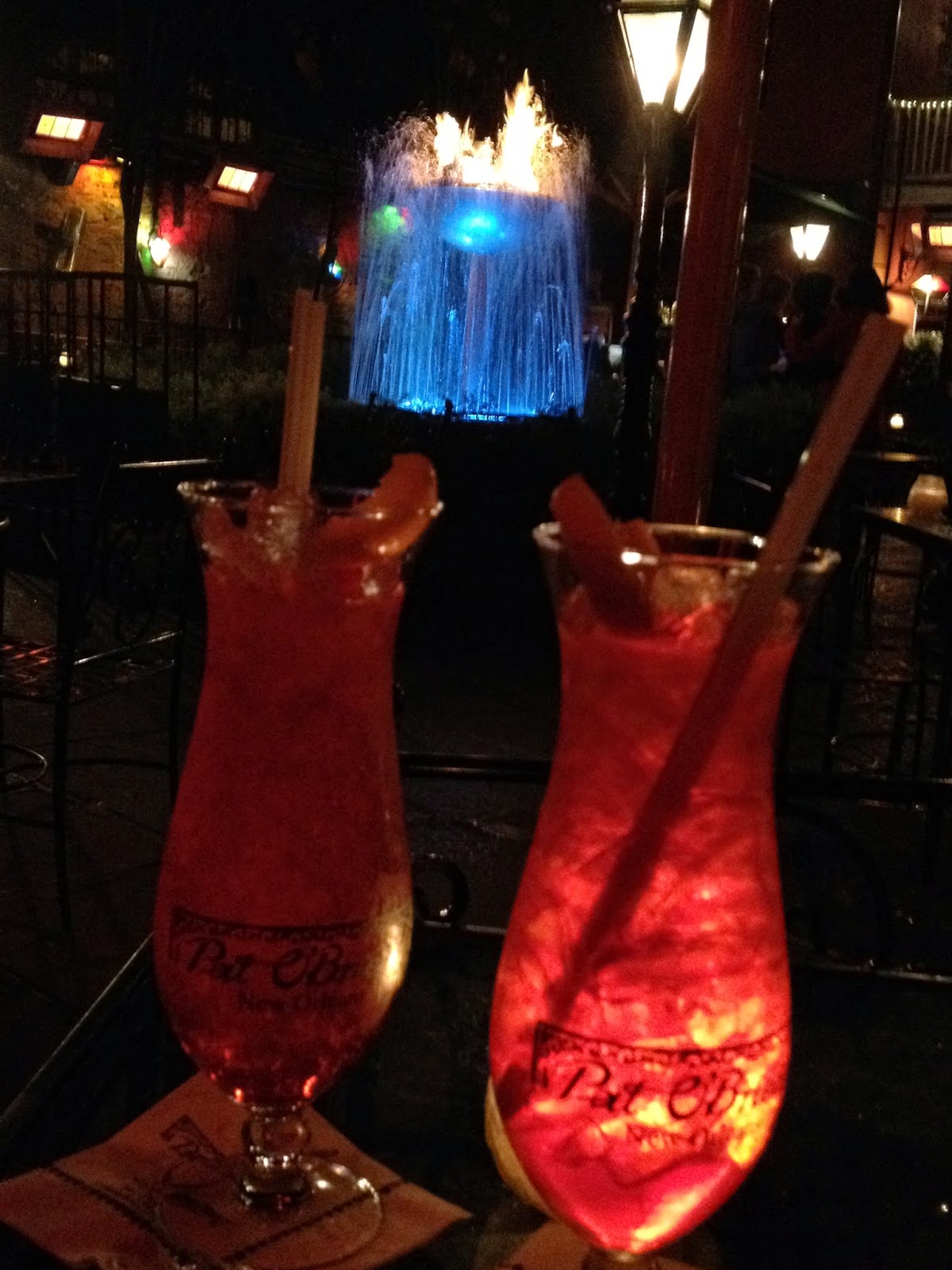 Had to go back to Pat O'Briens for a Hurricane.
We walked around the French Quarter and we were surprised how quiet it was.  Although it was mid-week.  Mardi Gras is only a few weeks away. 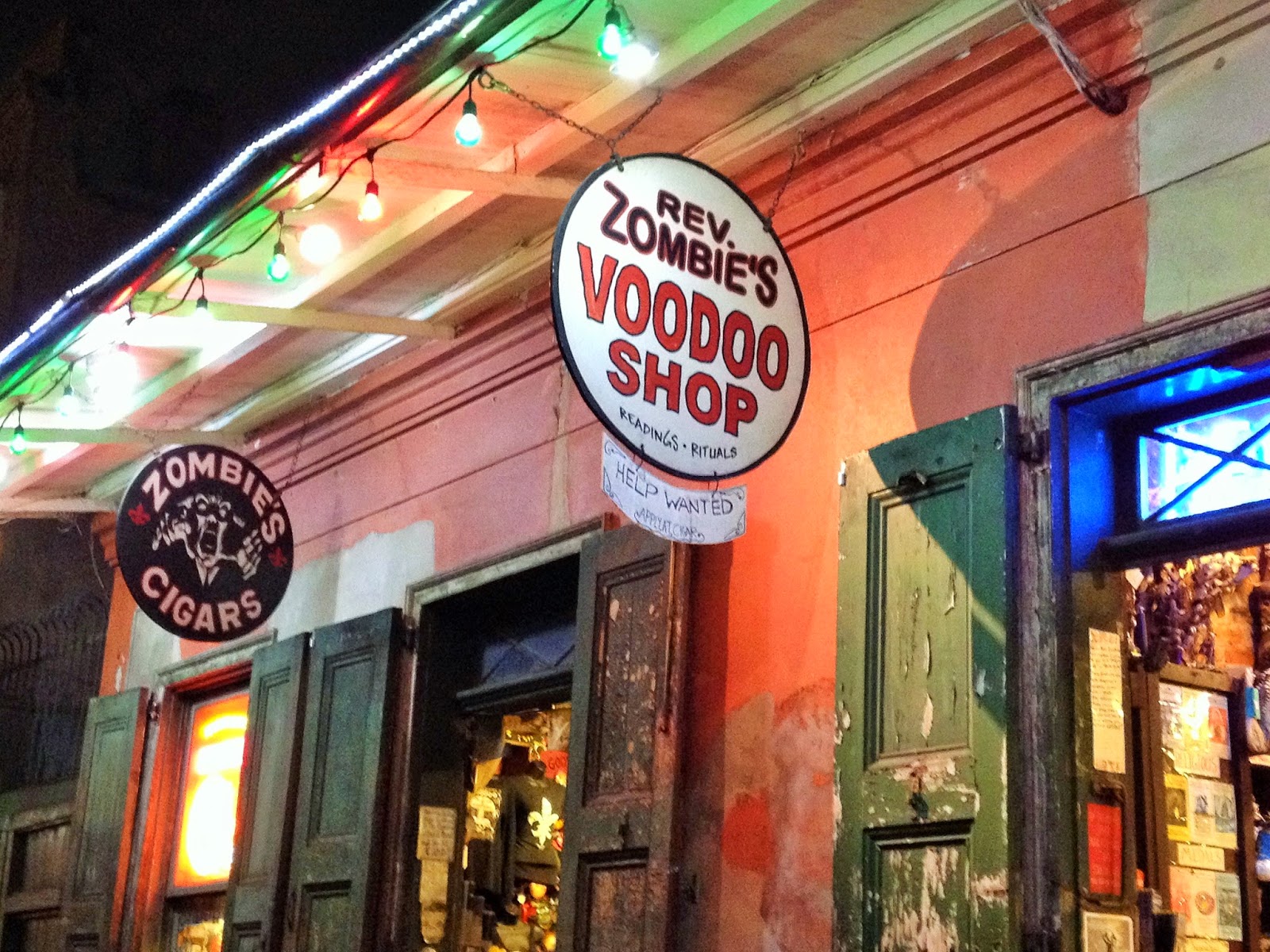 The light cast an eerie shadow of the statue against the church wall.  We wanted to go back during the day to look inside, but didn't have time. 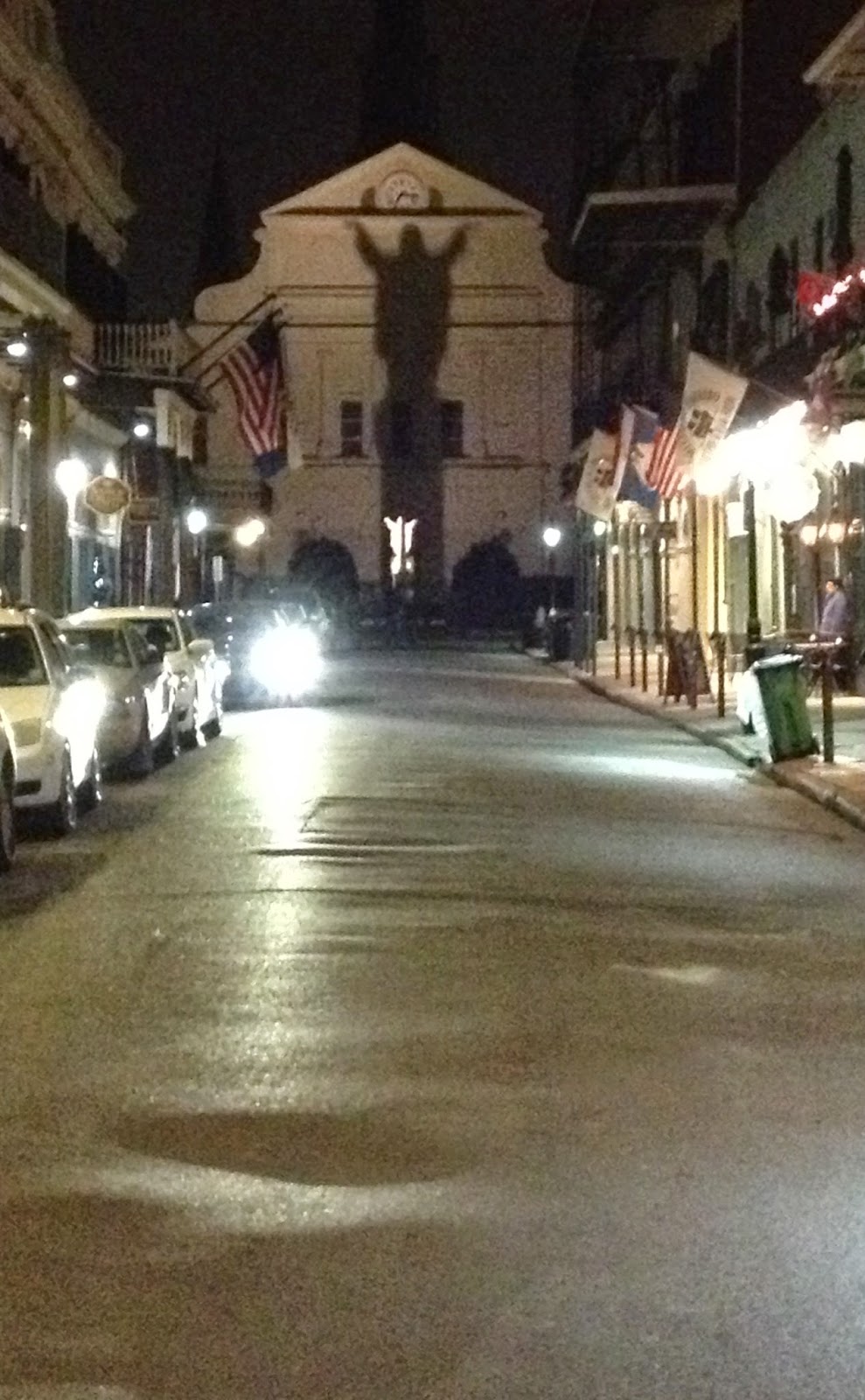 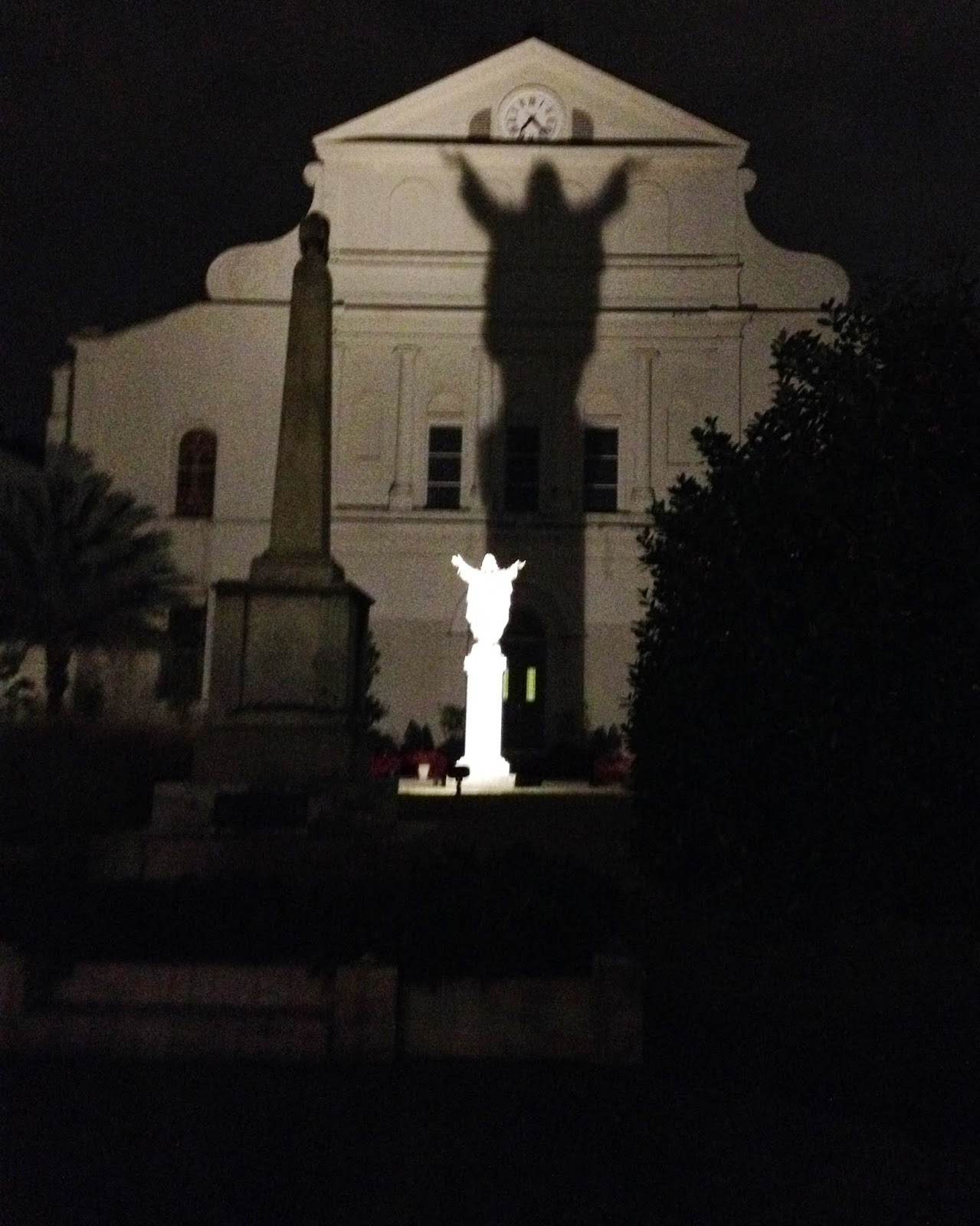 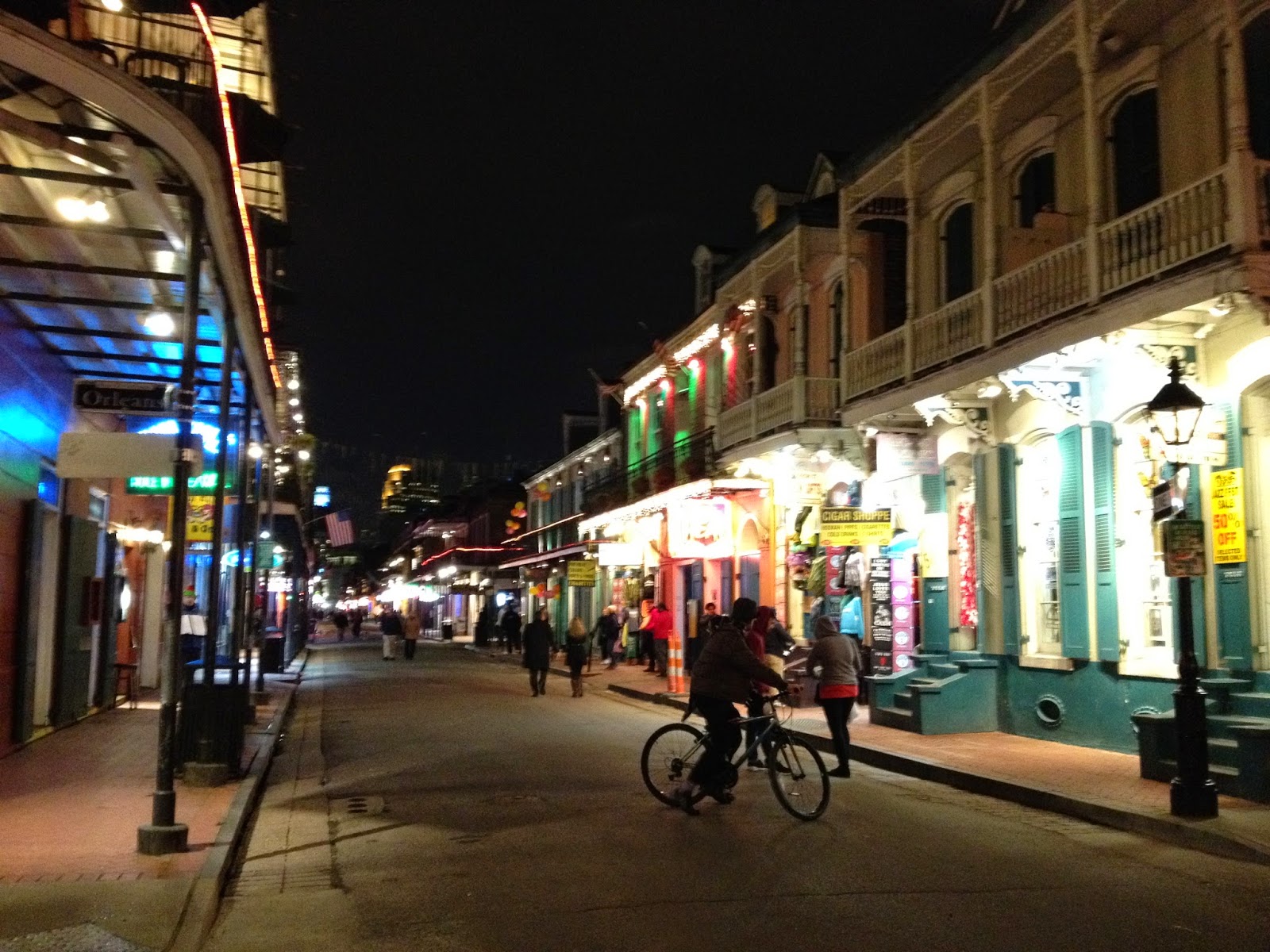 Steve's favorite part of the evening started with drinks and some appetizers.  Then he was photo bombed by Frank Fritz of American Pickers.  Steve loves that show!  He ended up at the table right next to us.  We didn't want to intrude on his dinner with his girlfriend, but when she got up to use the bathroom, Steve leaned over, introduced himself and they had a nice conversation.  He was a very friendly guy! 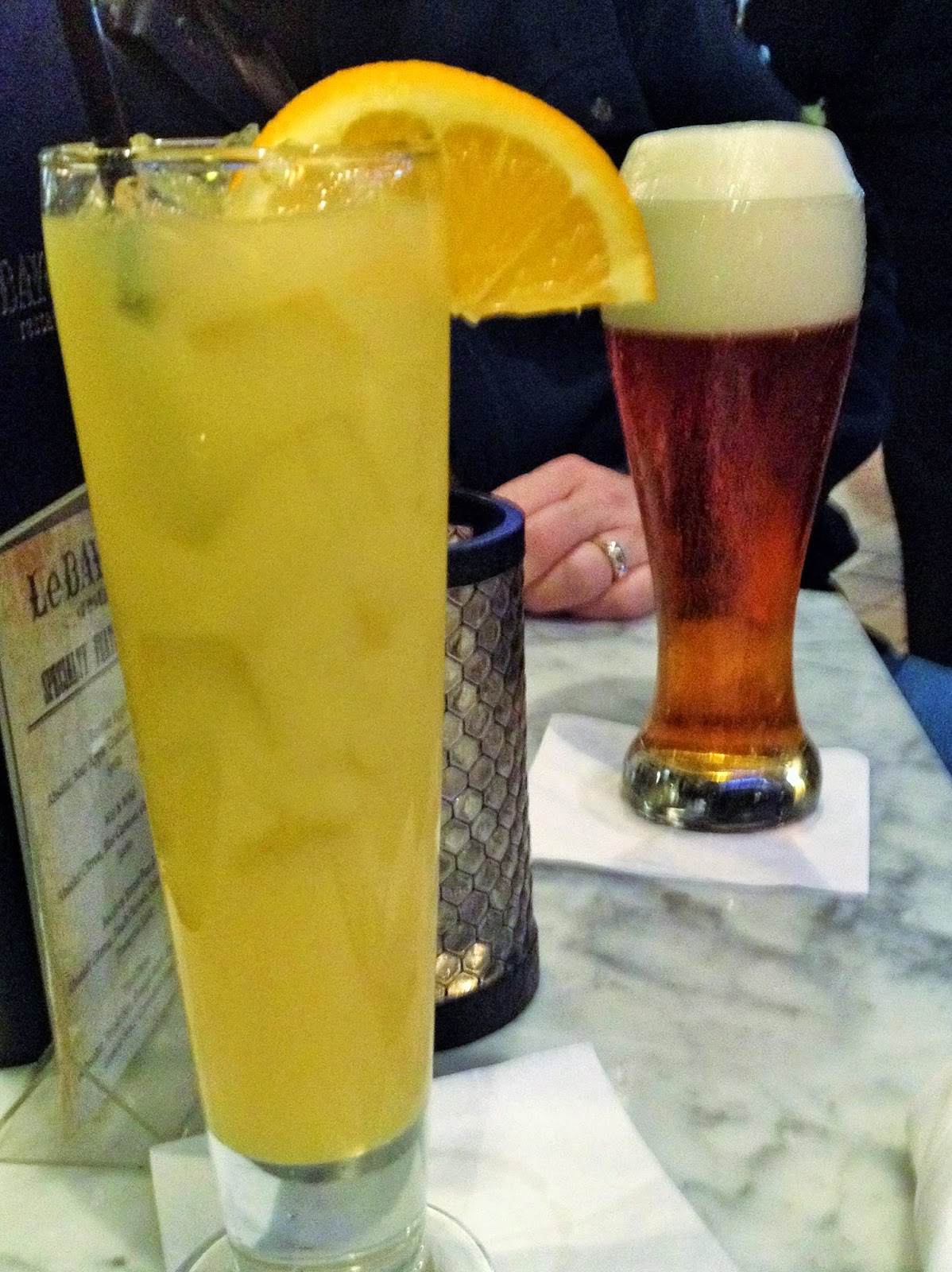 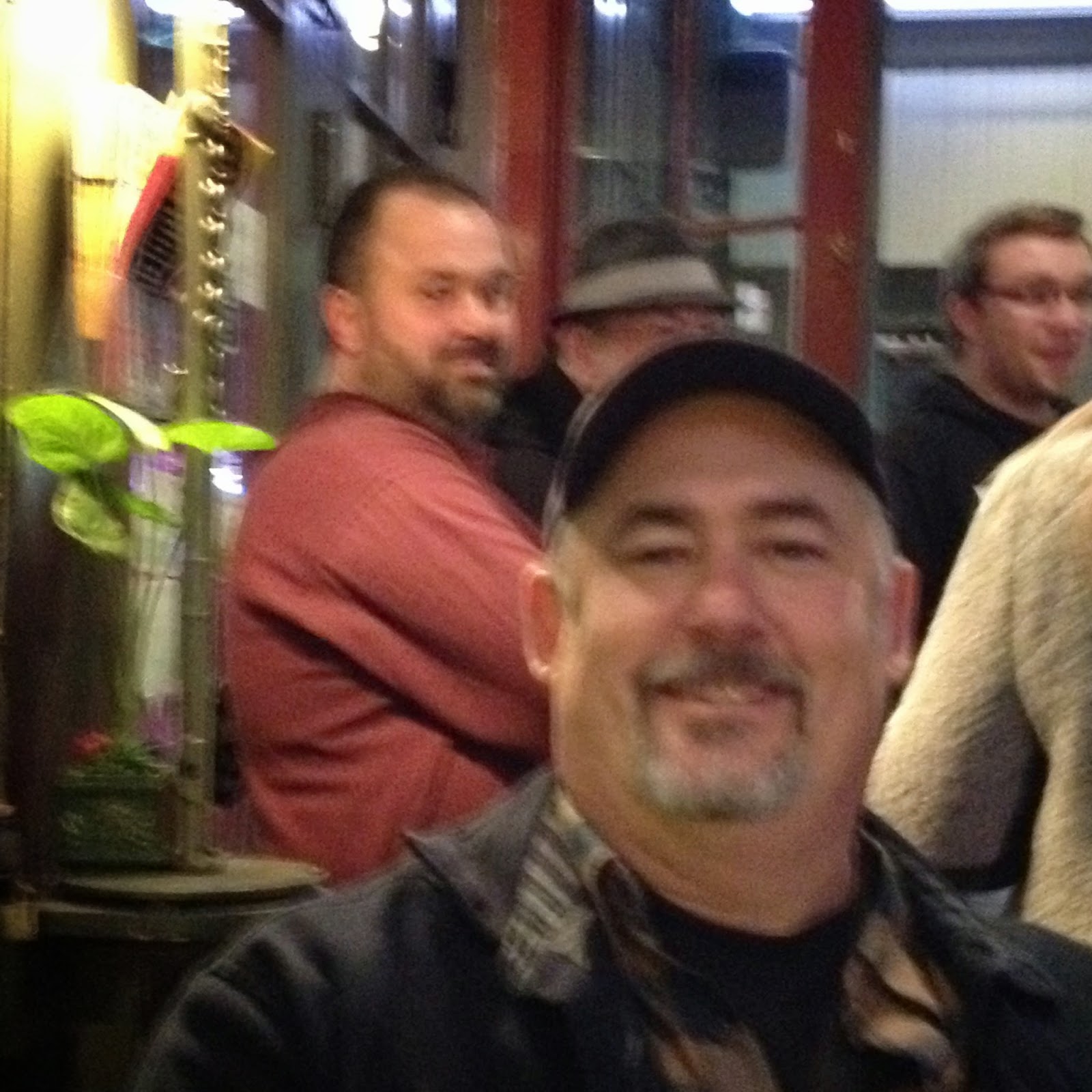 We went back on Friday night and things were quite a bit different!  It was packed.  There were floats with screaming music, tons of people and beads flying all around.  Hey, I thought Mardi Gras wasn't until next month?  Turns out it was to celebrate the "King" and these mini parades happen for weeks before the actual Mardi Gras. 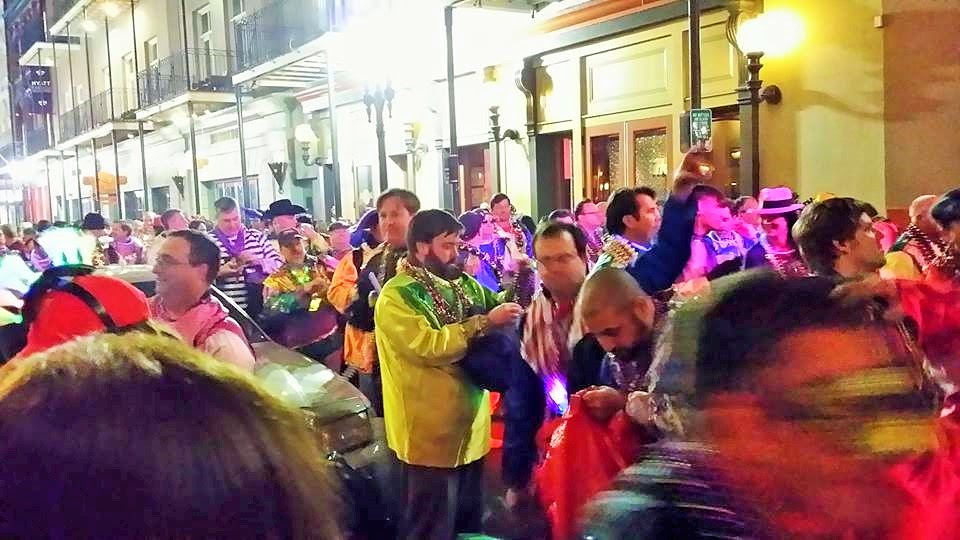 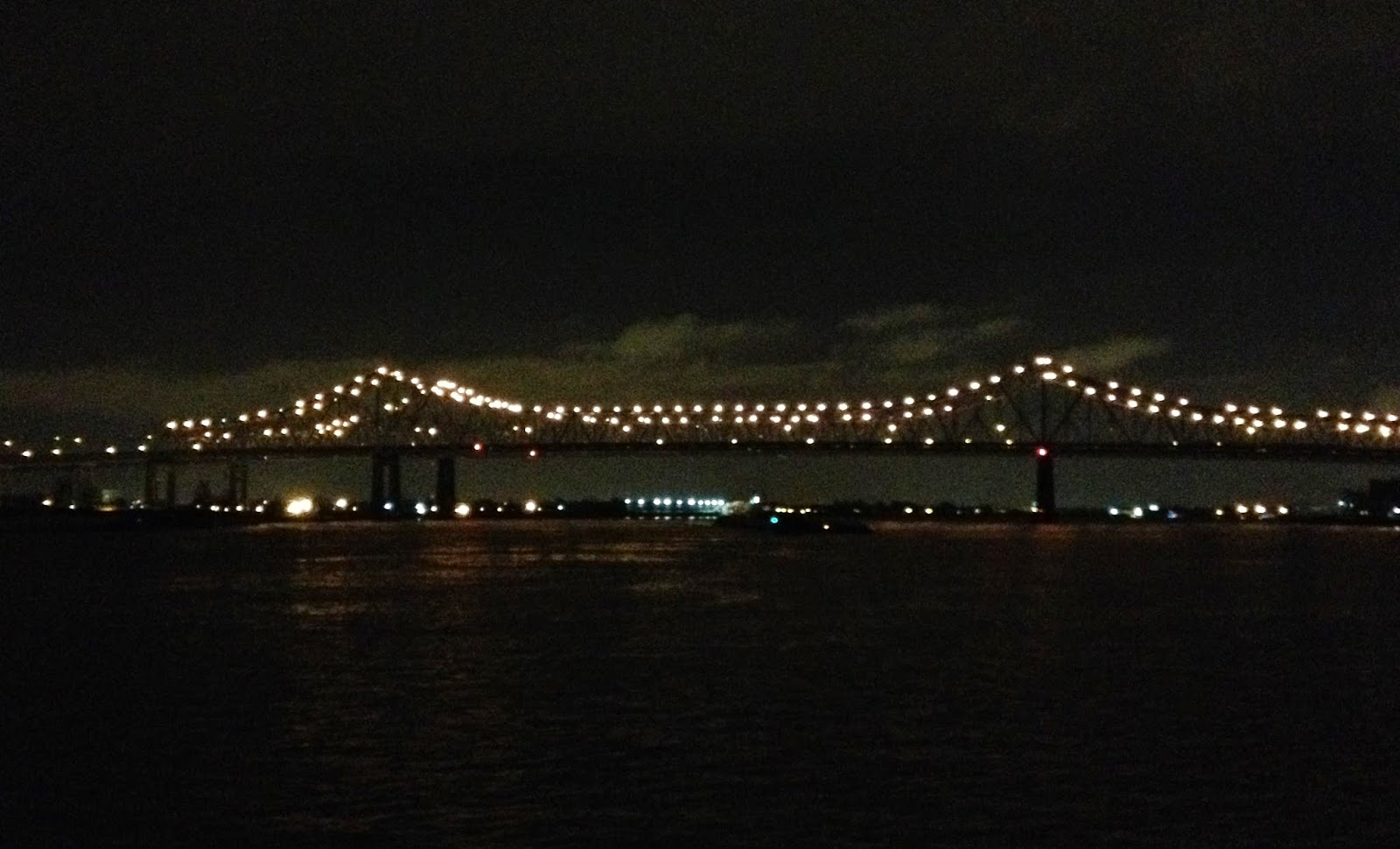 We were told to try out Biscuits & Buns on Banks for breakfast.  Great service.  The owner walked around talking to everyone and checking to see how everything was going.  Steve had a biscuits and gravy made with chorizo.  I had a spinach-bacon omelet.  The food and coffee was great.  The building is an old house, complete with very uneven floors and quirky artwork. 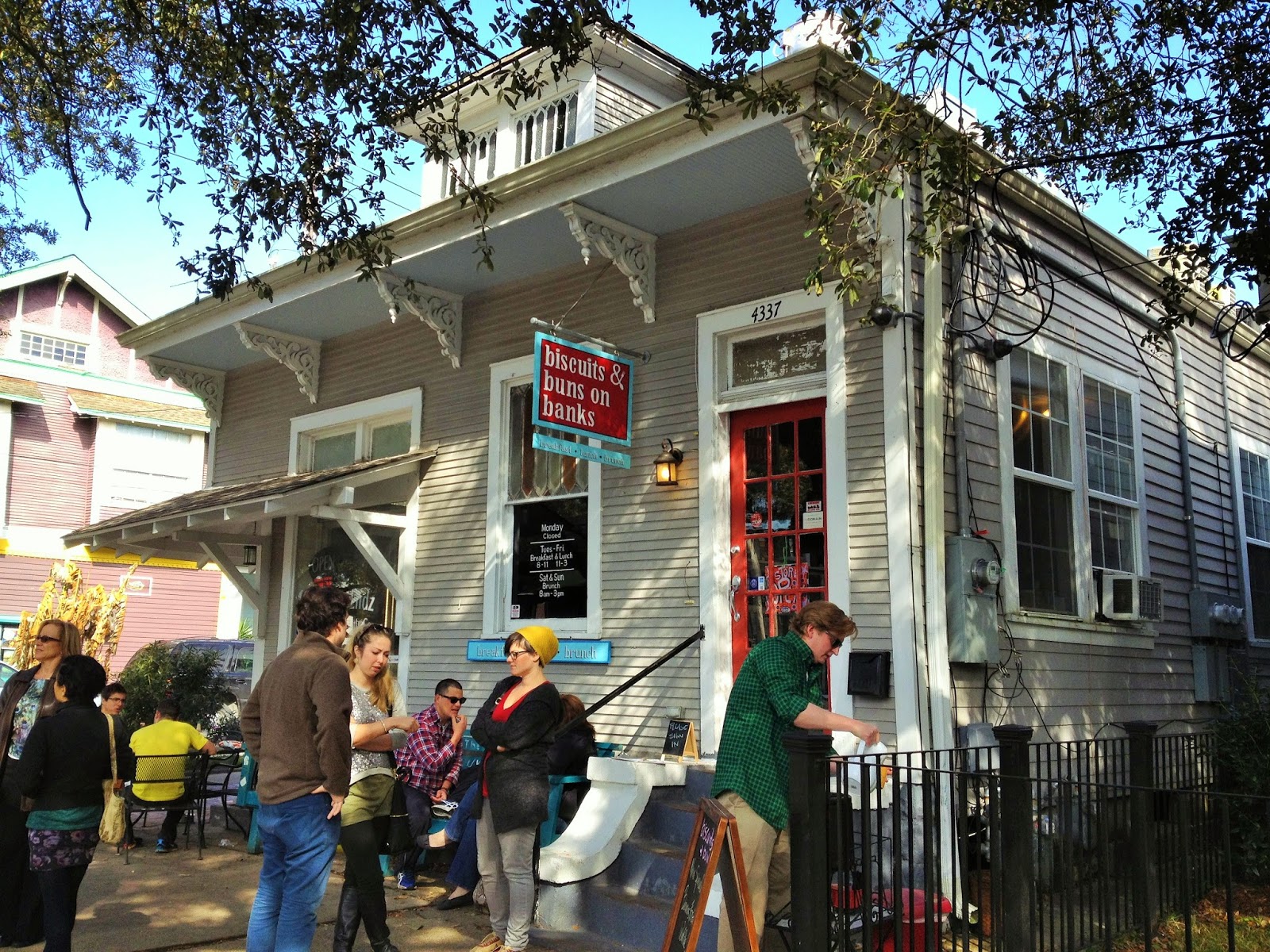 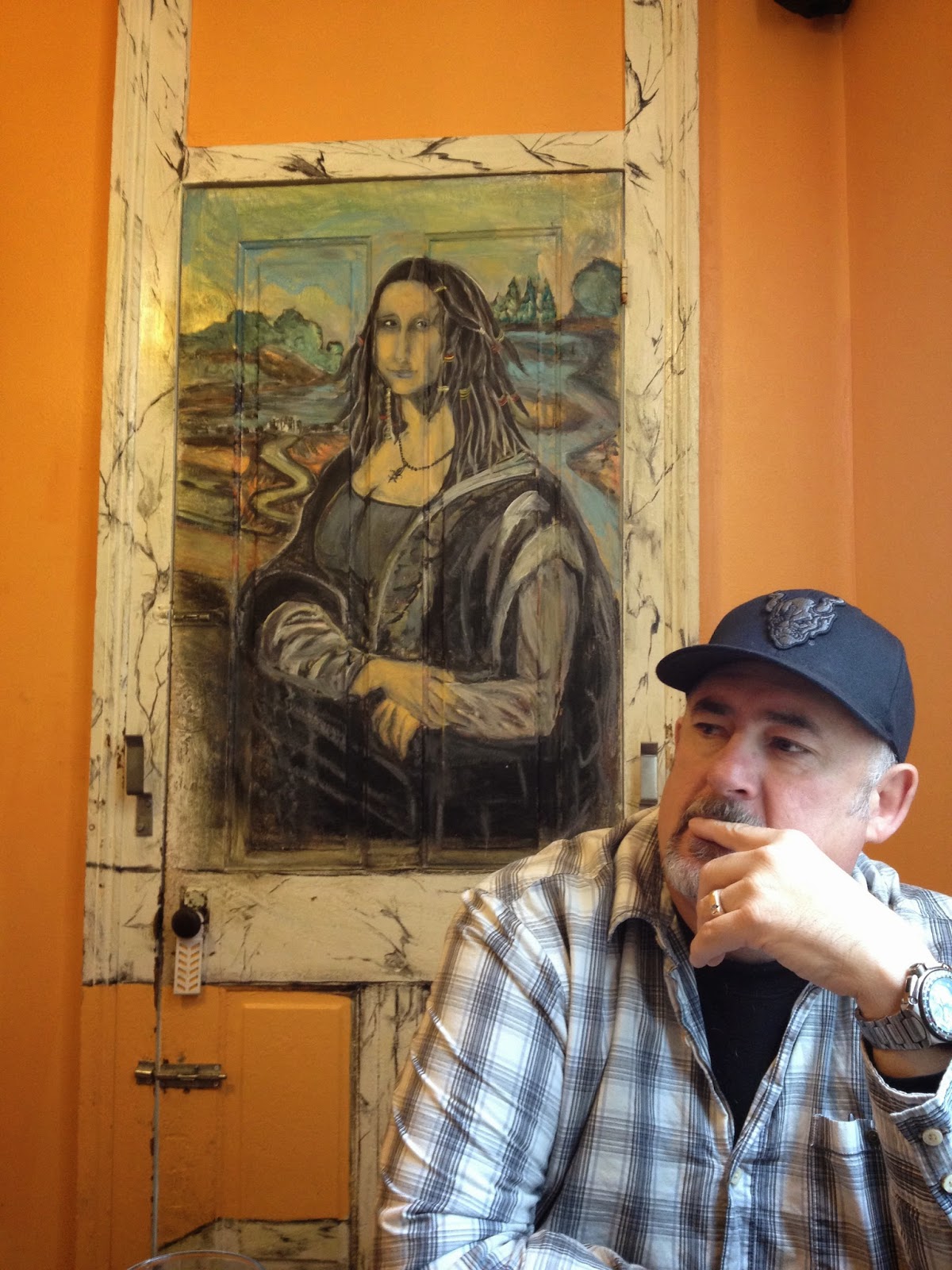 Another day, with the recommendation from a friend of mine, Pam, we went to the WWII Museum.  We hadn't even heard of it.  I'm not really a war/history type fan, but it was fantastic!  We spent 4 hours there.  You start out on a simulated train ride where you learn about the person you are assigned by your dog tag.  There was a great movie that had lots of details about the war that I didn't know and found quite interesting.  They also had an interactive submarine experience where you are given a "job" in the sub.  We were in charge of aiming the torpedoes.  I must say, we did a great job hitting all 8 ships.  Unfortunately we were sunk in the end.  This was a true event during the war and only 4 men survived.  They do a great job of having you "walk" through different parts of the war in different countries. 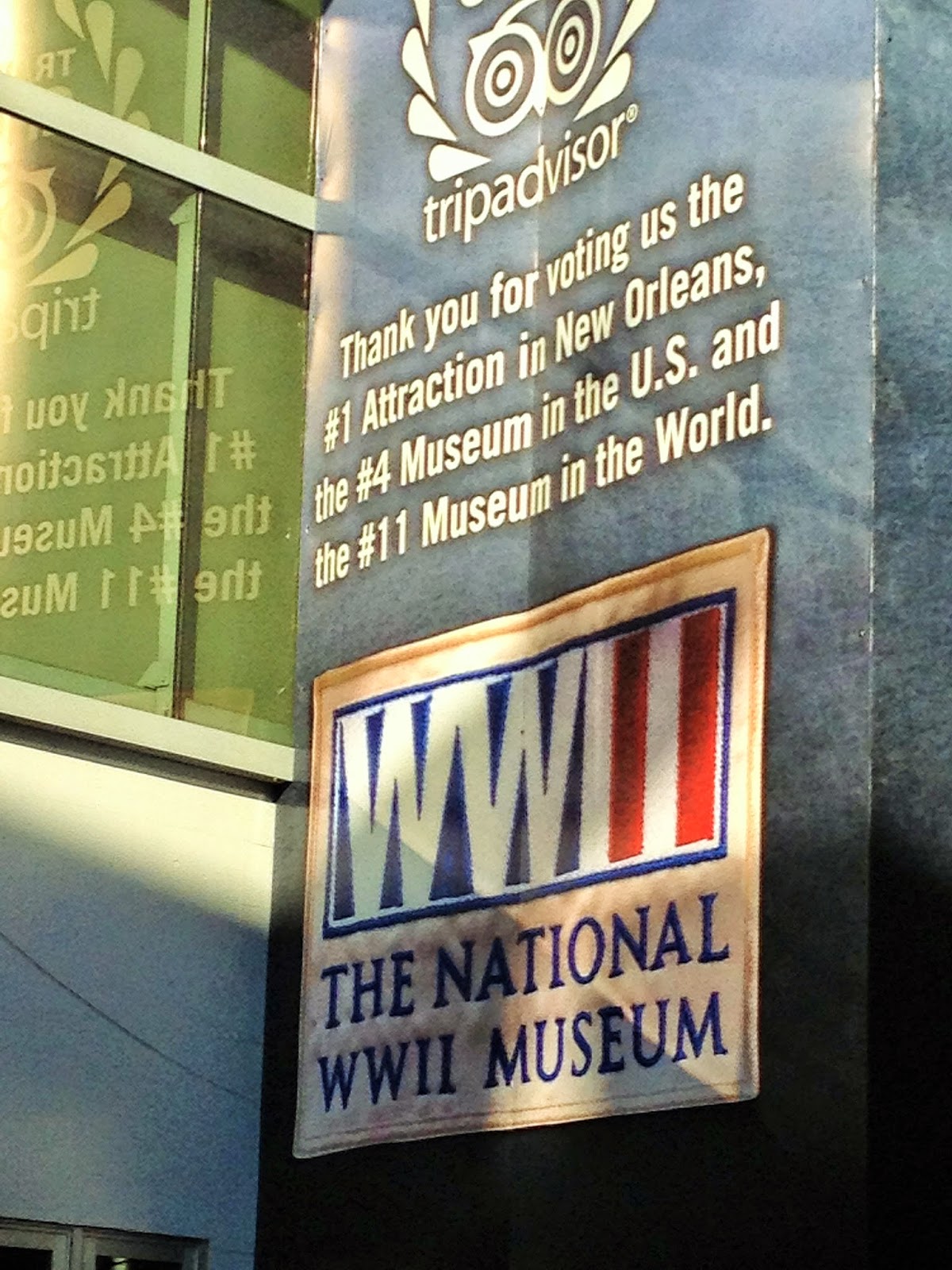 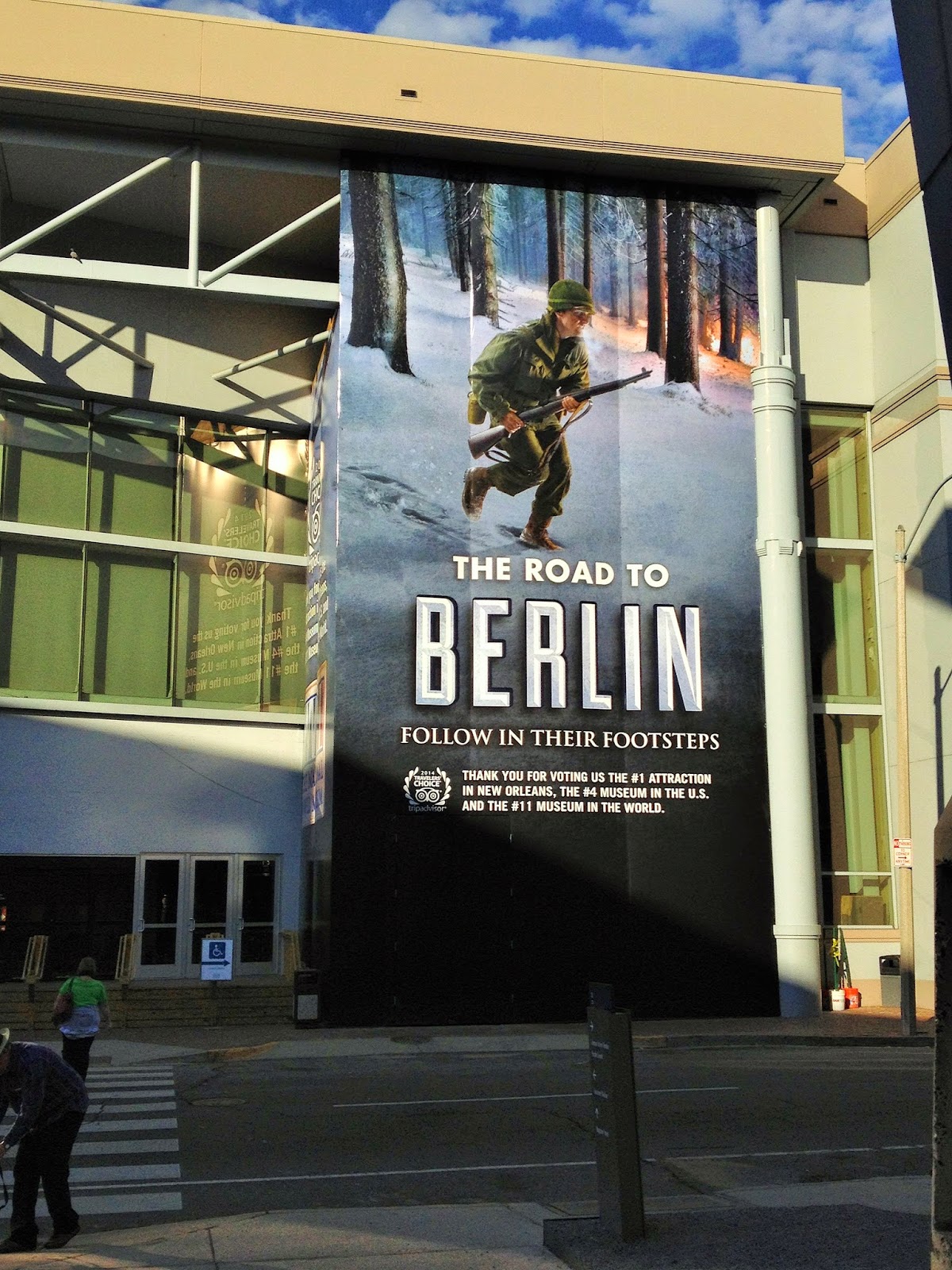 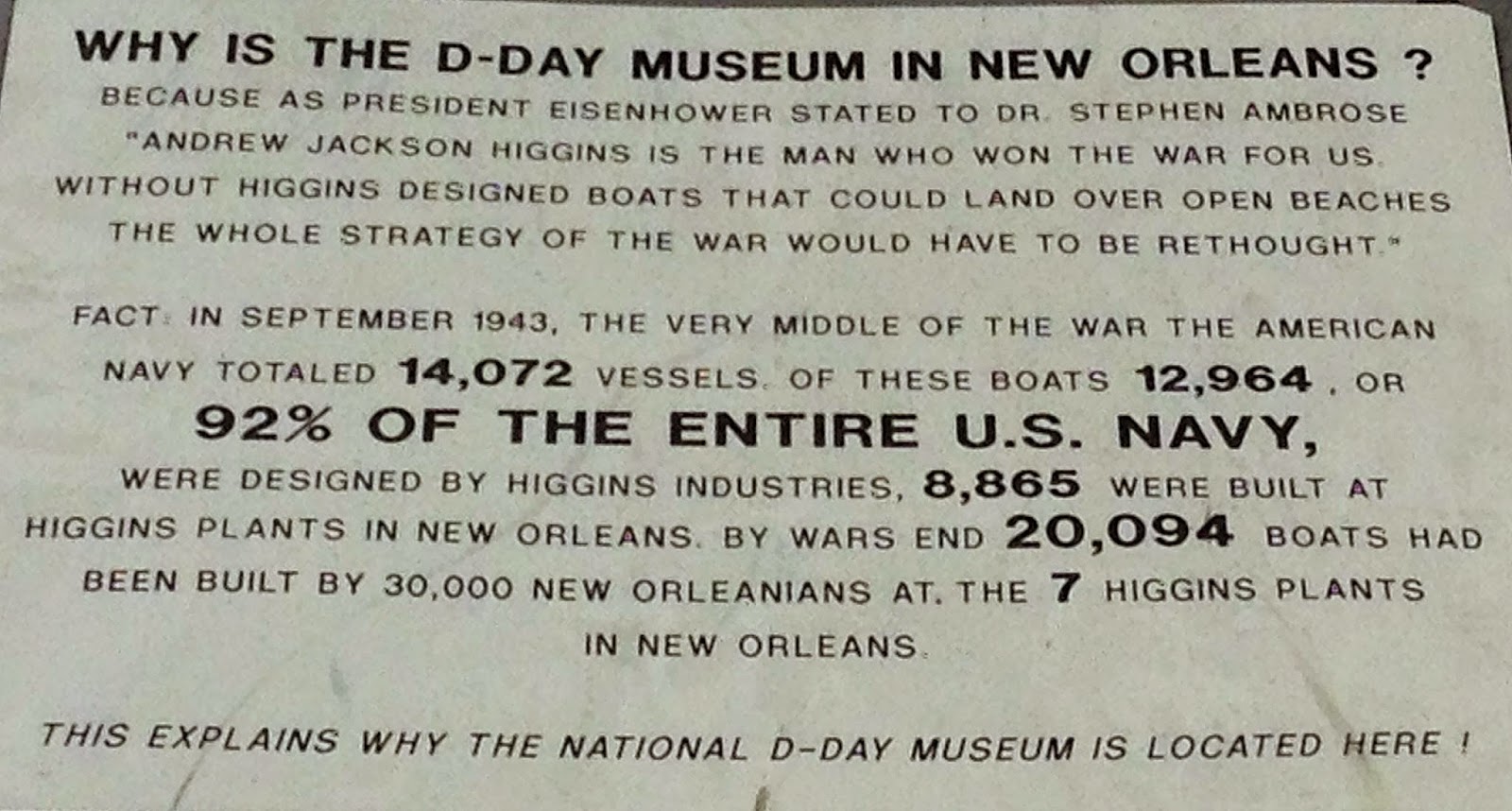 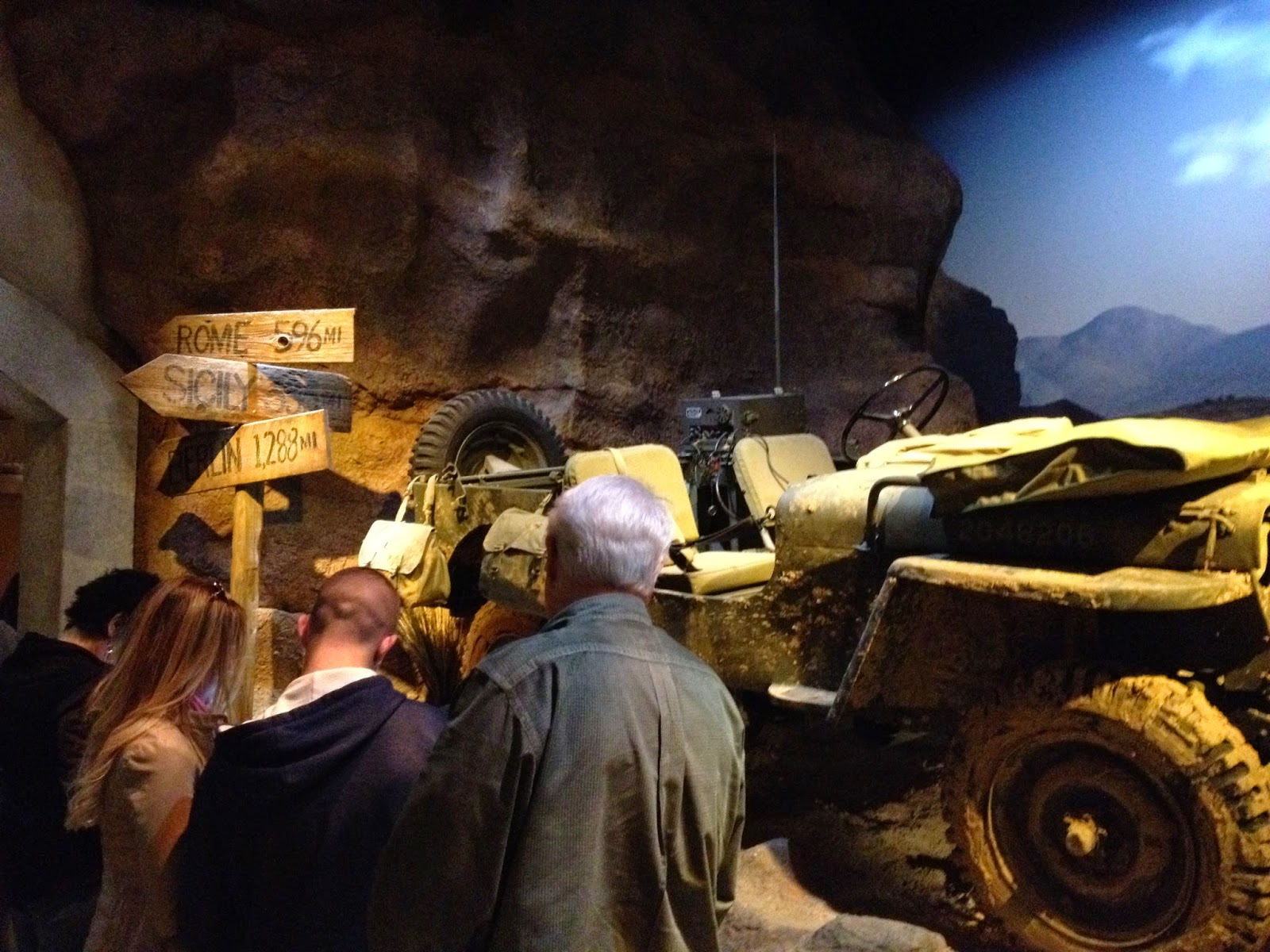 Walking through the various cities, looking at displays and reading about what took place. 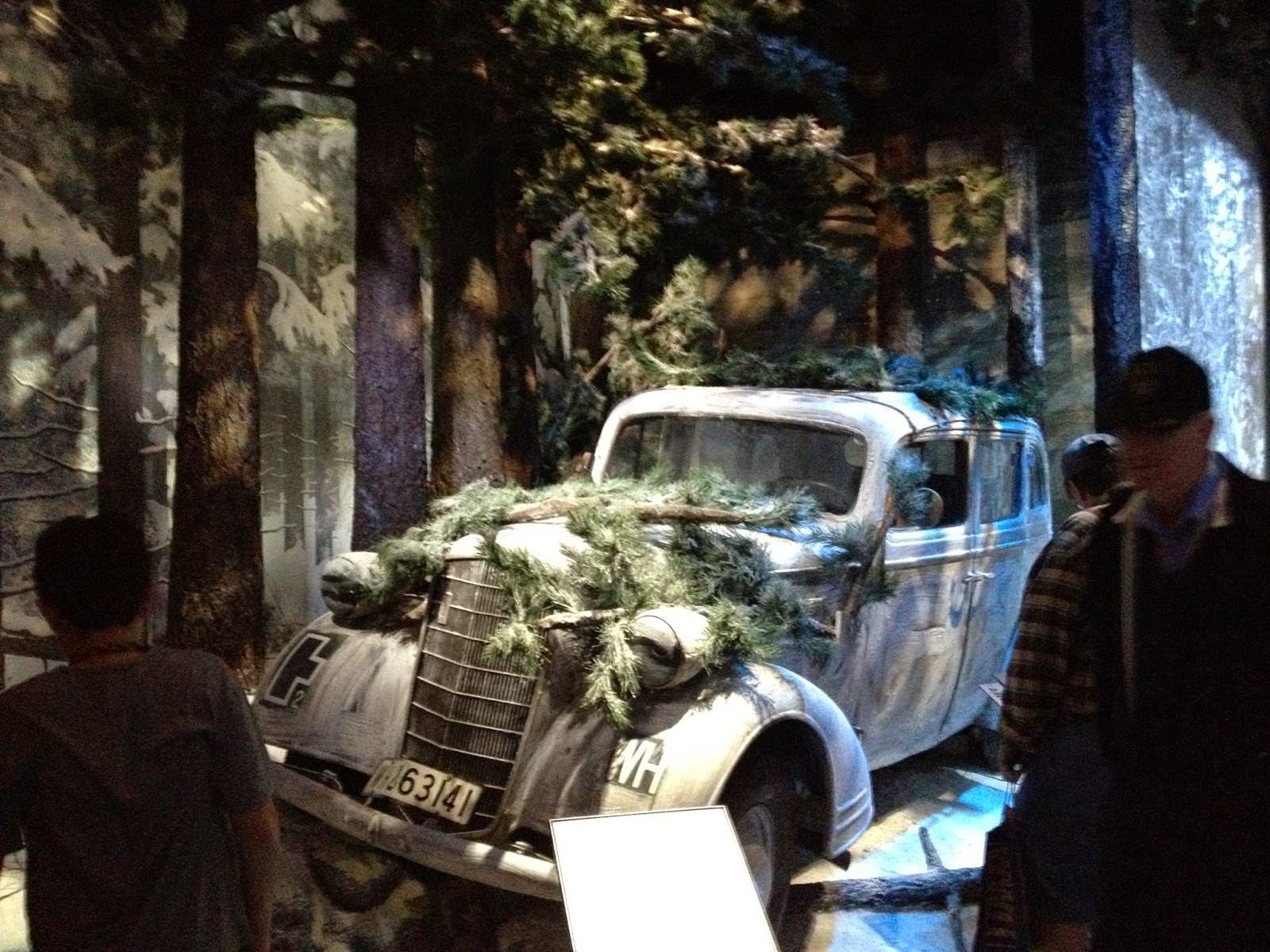 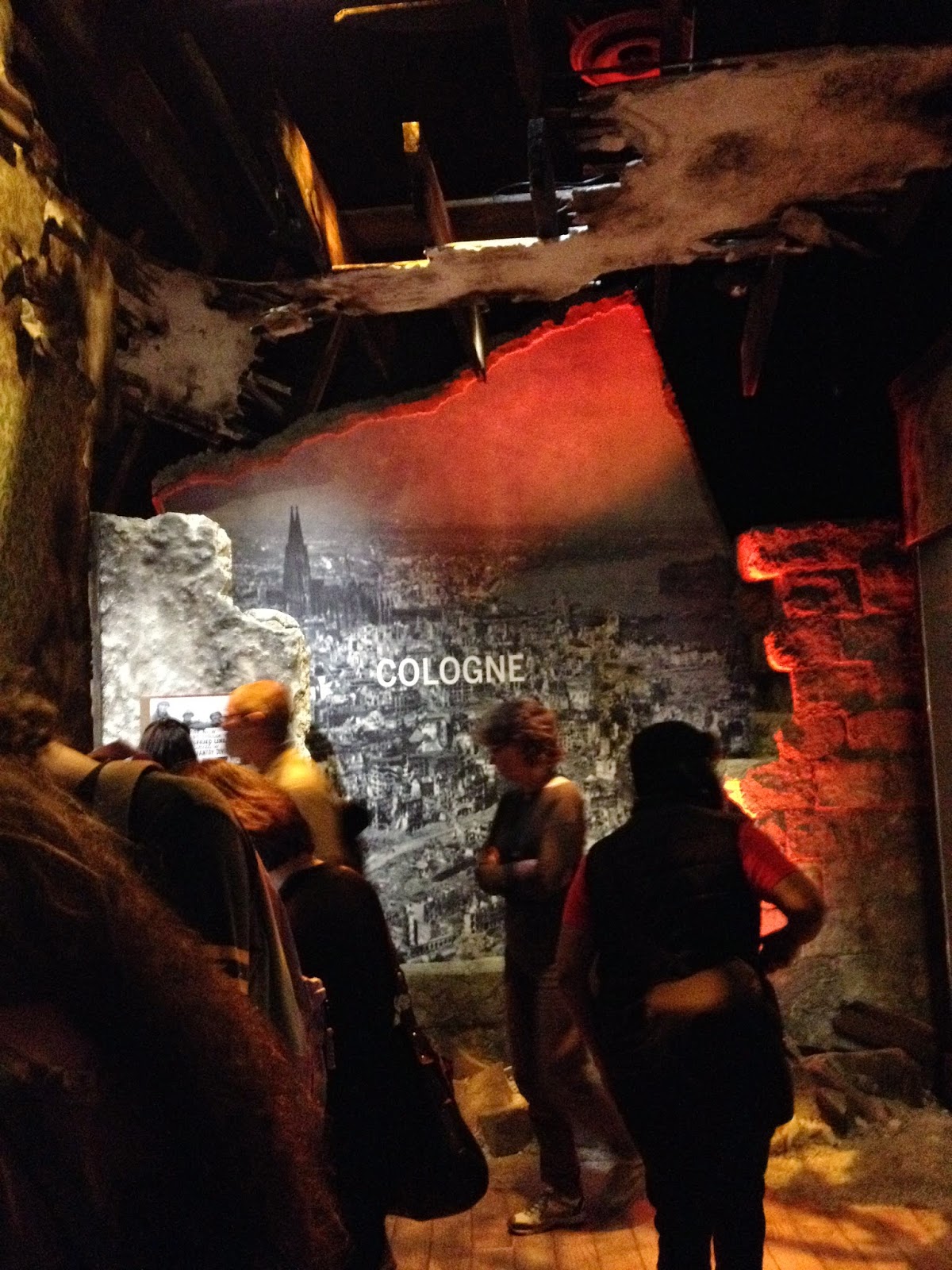 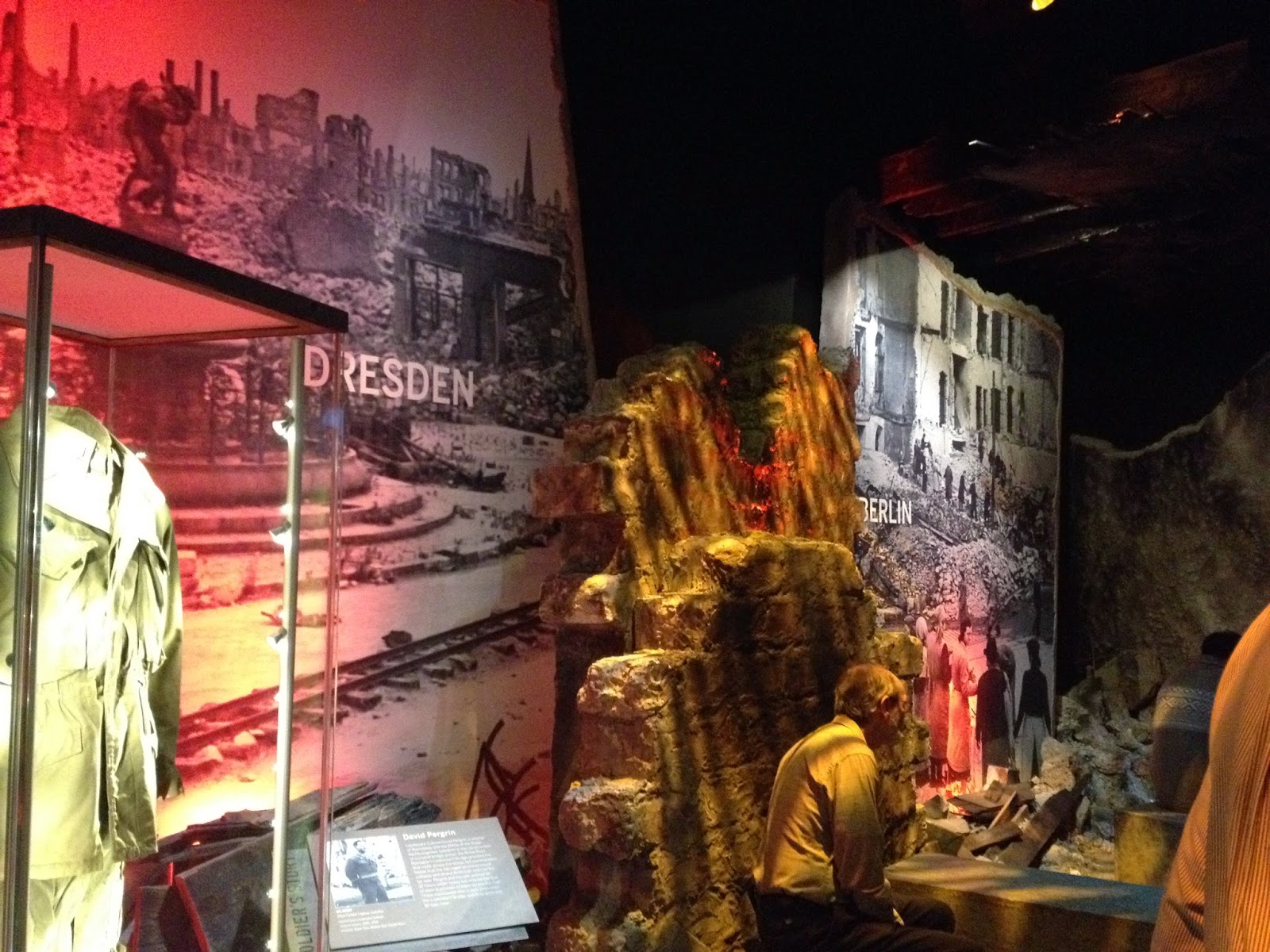 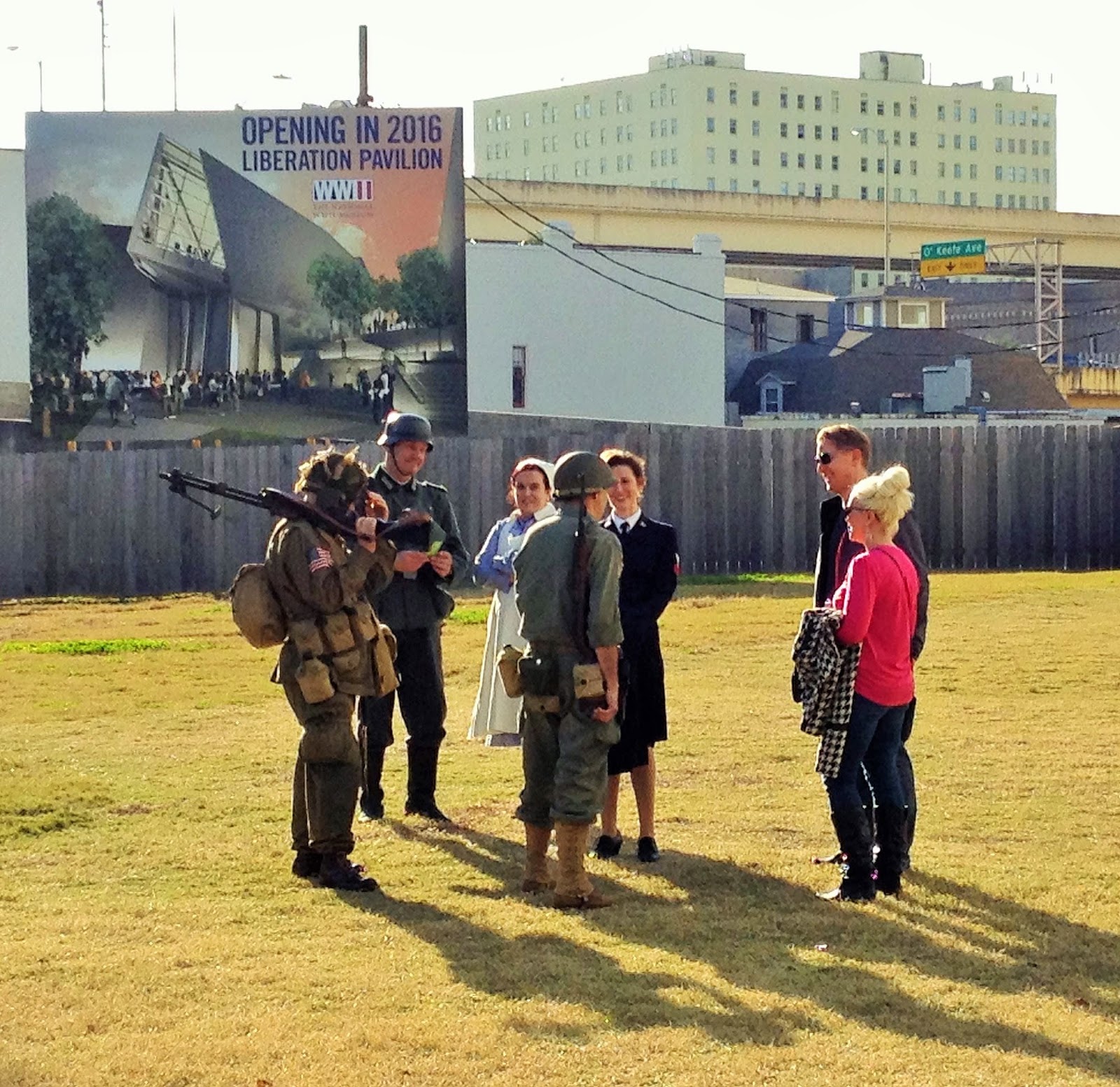 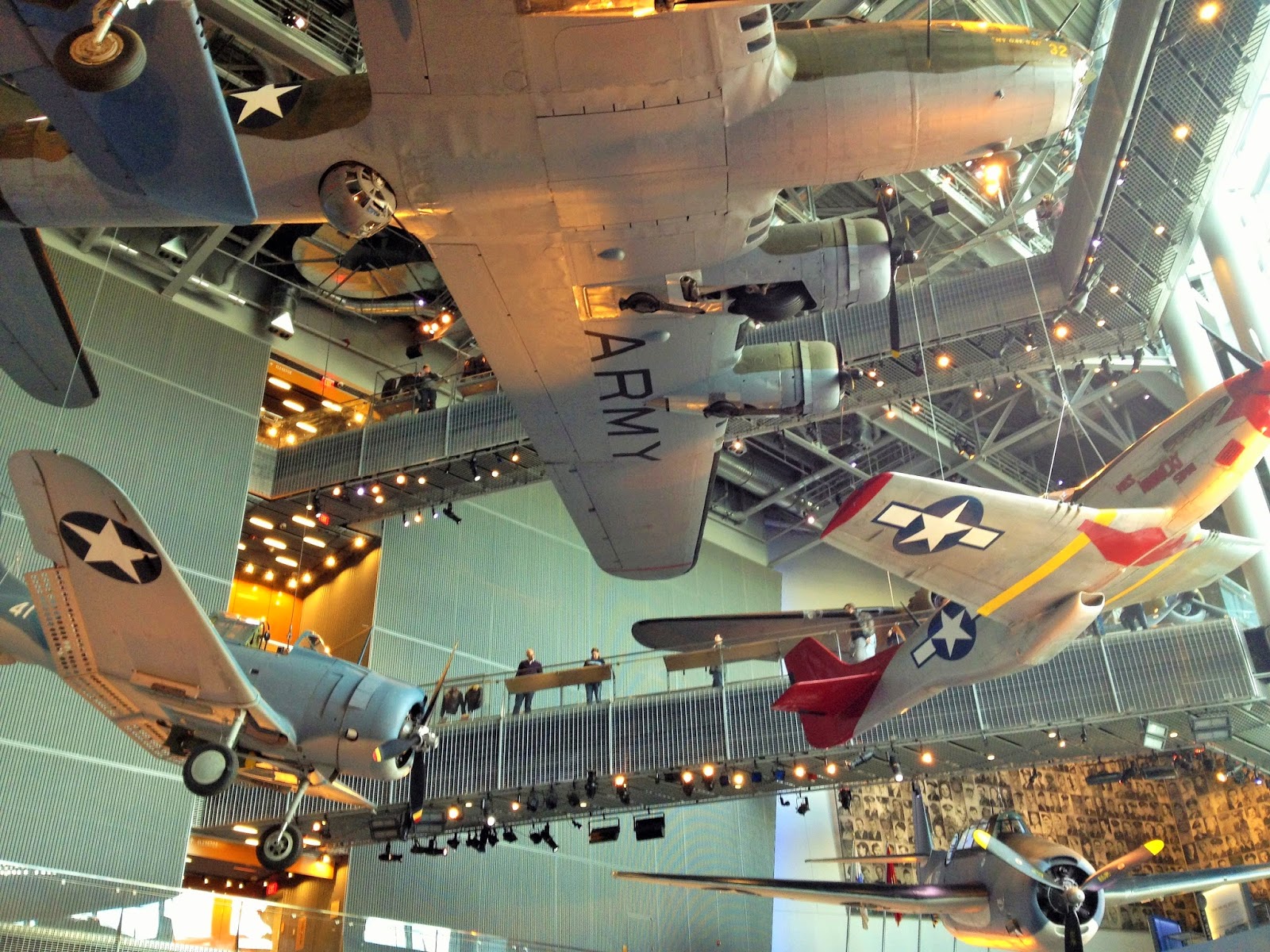 There were many airplanes exhibited in one of the buildings.  This museum is a must-do if you come to New Orleans.  Plan to spend 2 - 4 hours.  We took our time, did it all and it took us 4 hours. 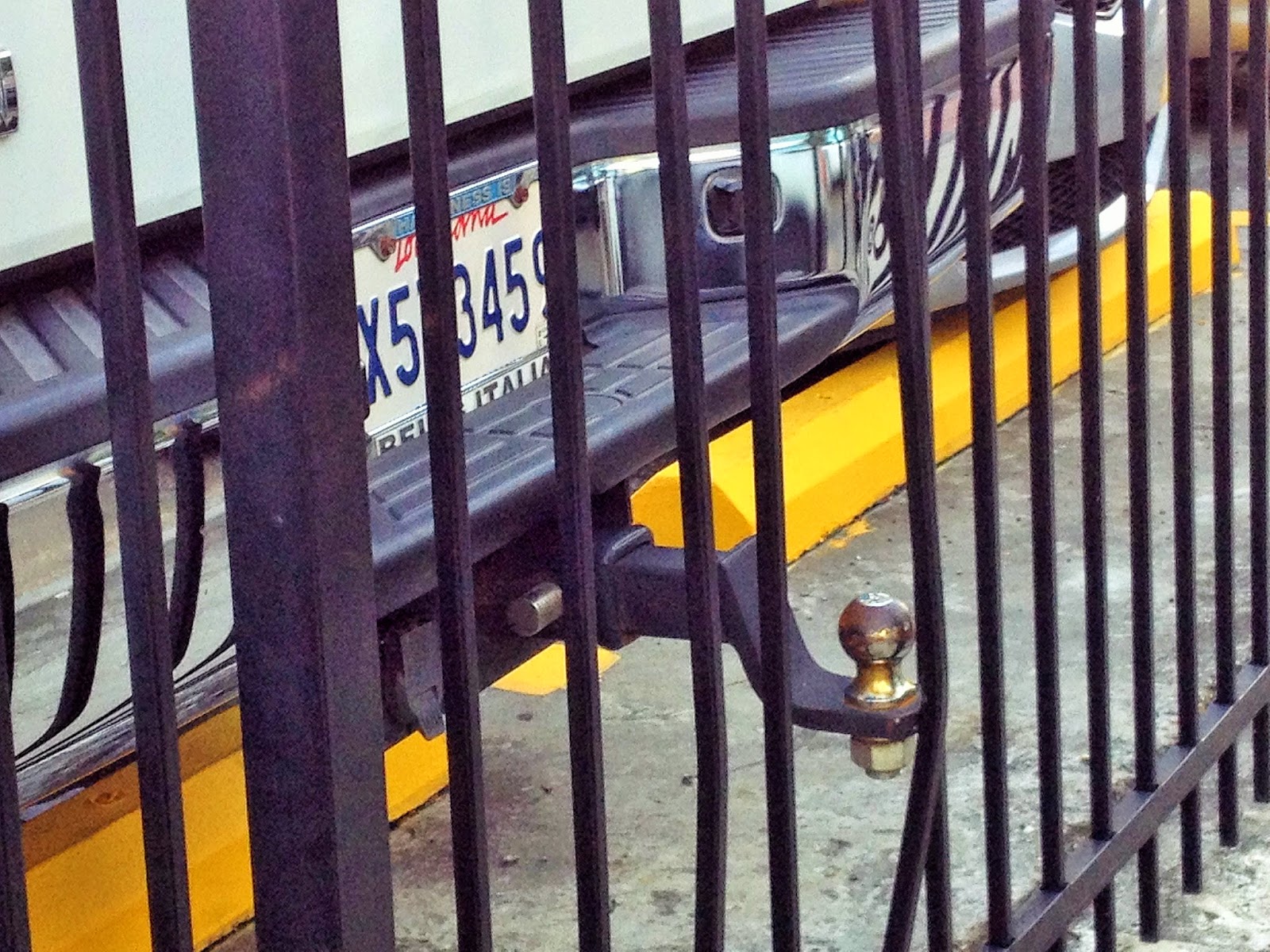 I can just imagine the conversation.  C'mon back, back, STOP!
OOPS
Posted by DebbieM