On our last day in Abbeville, we took a trip to Avery Island where Tabasco Sauce is made.  On the way out of the campground we kept spotting what looked like mole hills on some lawns. 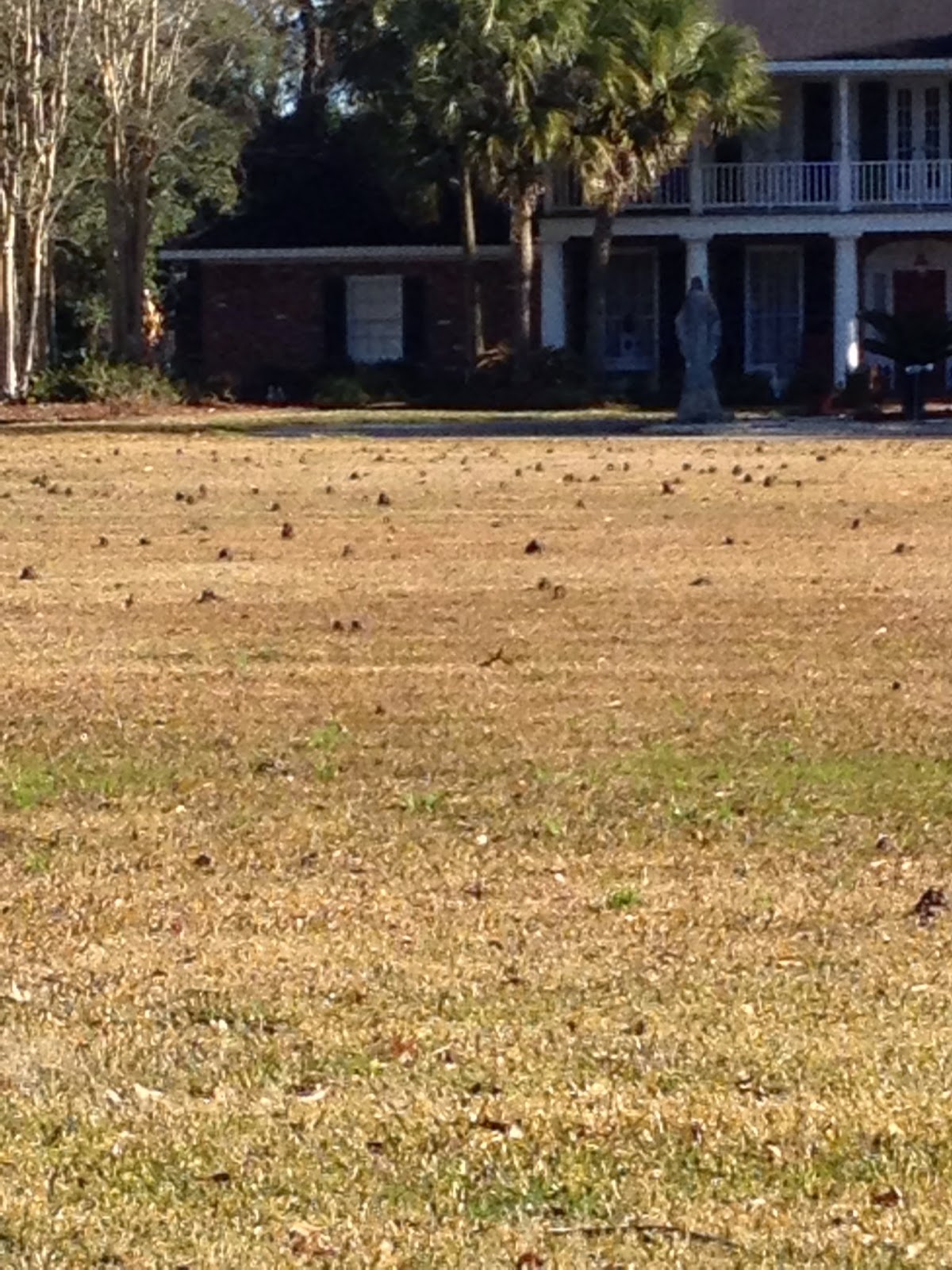 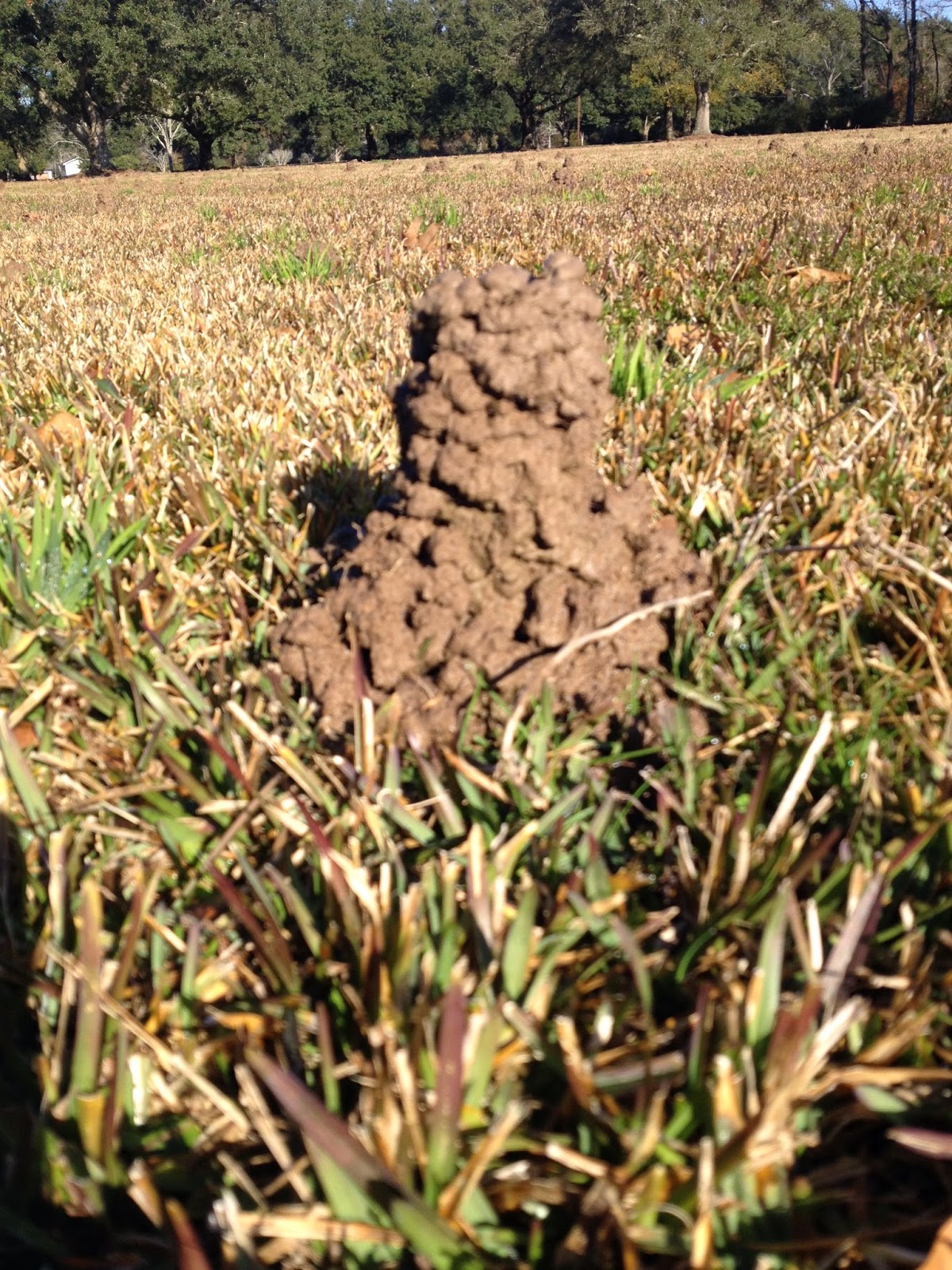 Upon closer look we knew they were something else.  Our campground/blogger friends, Jim & Barb, told us they were made from Crawfish. After googling it, I read that rice is planted in the spring and harvested before fall.  The rice fields are then flooded in mid-October into foot deep ponds.  I don't know if the crawfish were "planted" in these yards or maybe the yards are soggy and the crawfish just come on over from other ponds.  Very interesting nonetheless.
Back to the island...
Avery Island sits on a plane of sea salt, covered with marshes and swamps.  The McIlhenny Company was founded in 1868 on Avery Island and the company is still family-owned and operated.
The Original Red Sauce was created in the mid to late 1860s by Edmund McIlhenny. He was a food lover and avid gardener. When he was given seeds of capsicum peppers that had come from Mexico and Central America, he planted them on the island.
To make this well loved sauce, the reddest peppers are crushed, mixed with salt mined from the island and aged for 30 days in oak barrels. It's then mixed with French white wine vinegar and aged 3 more years.
A factory tour is offered every day, but the bottling is only done Monday - Thursday. 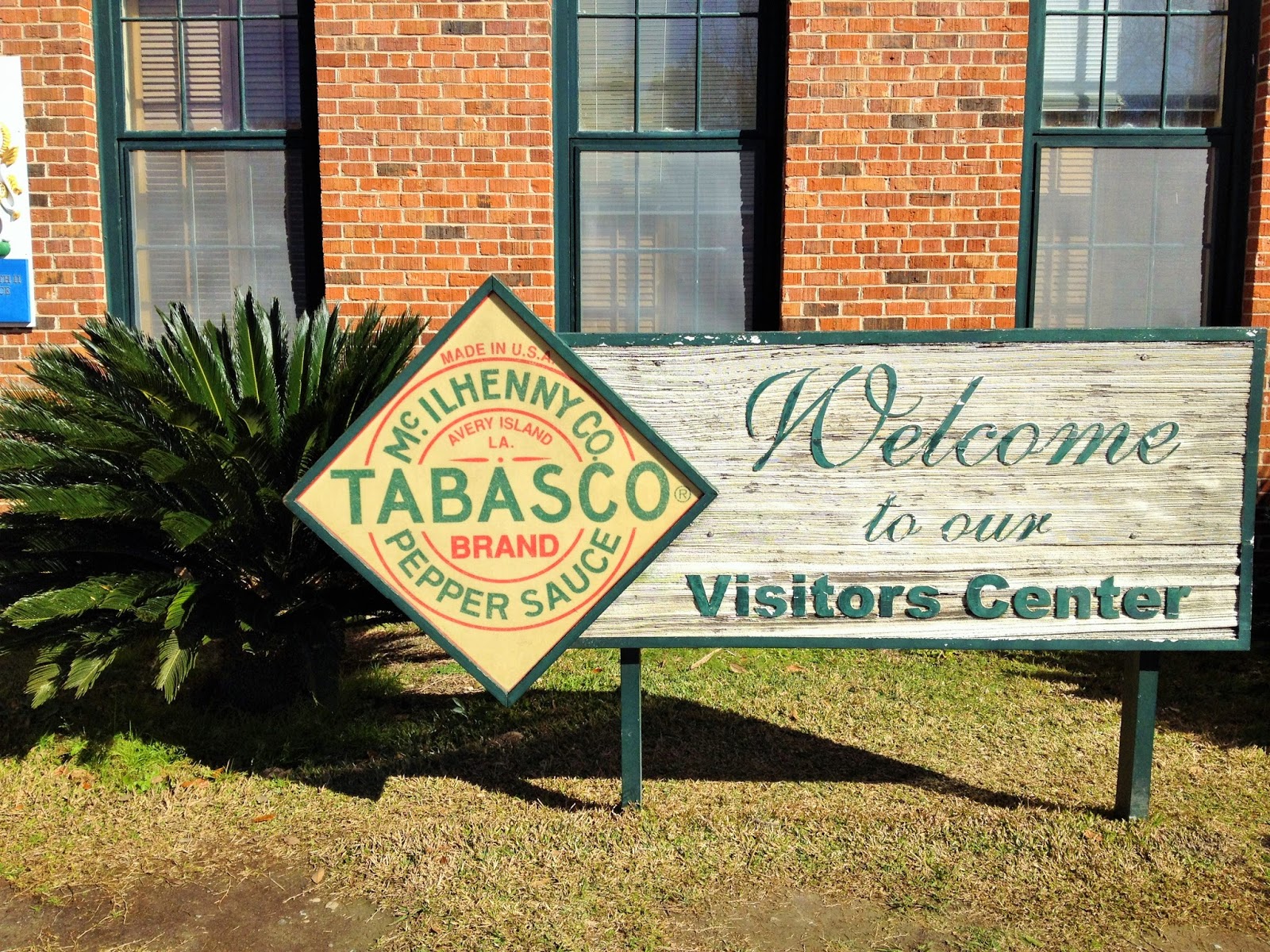 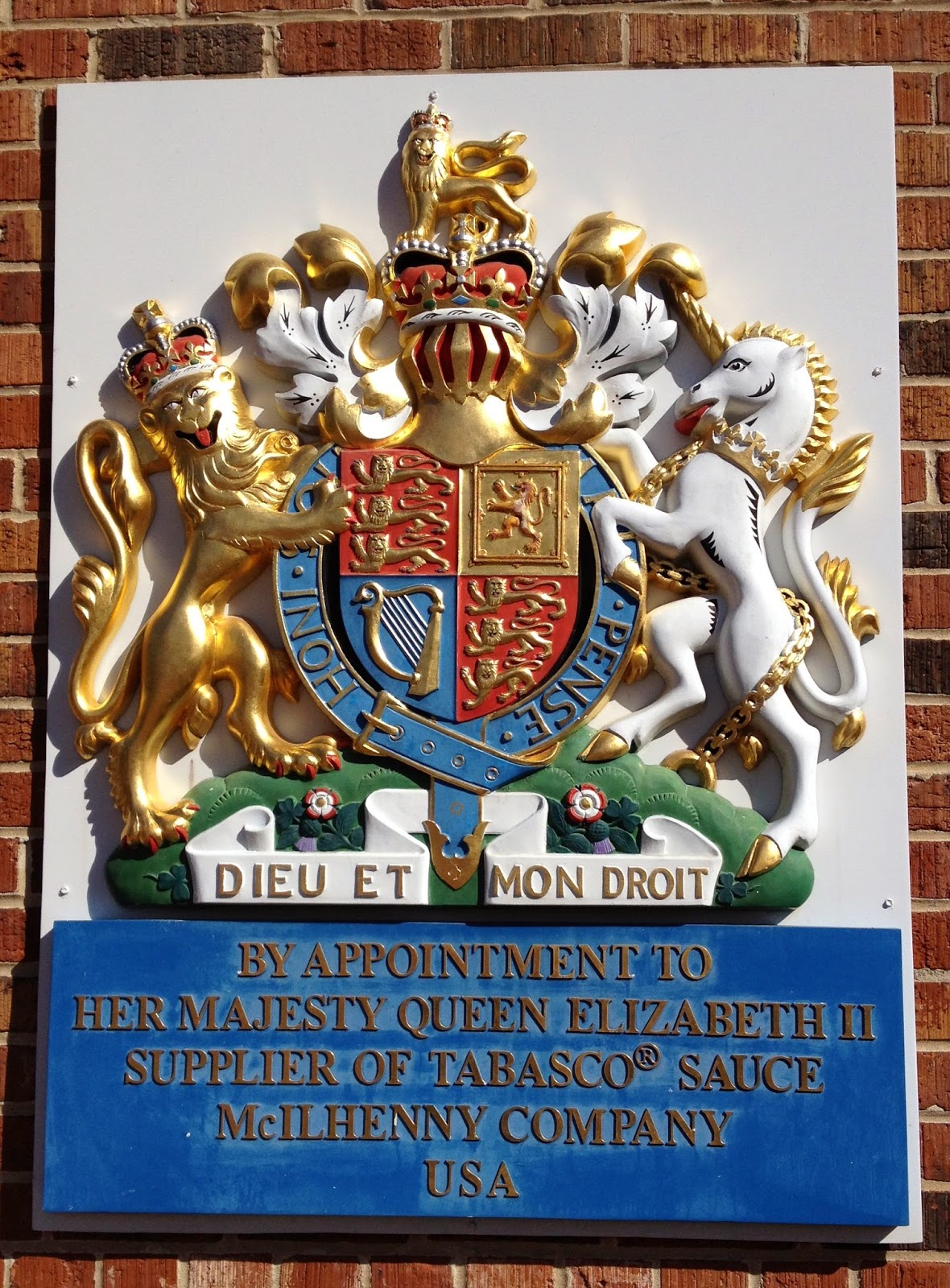 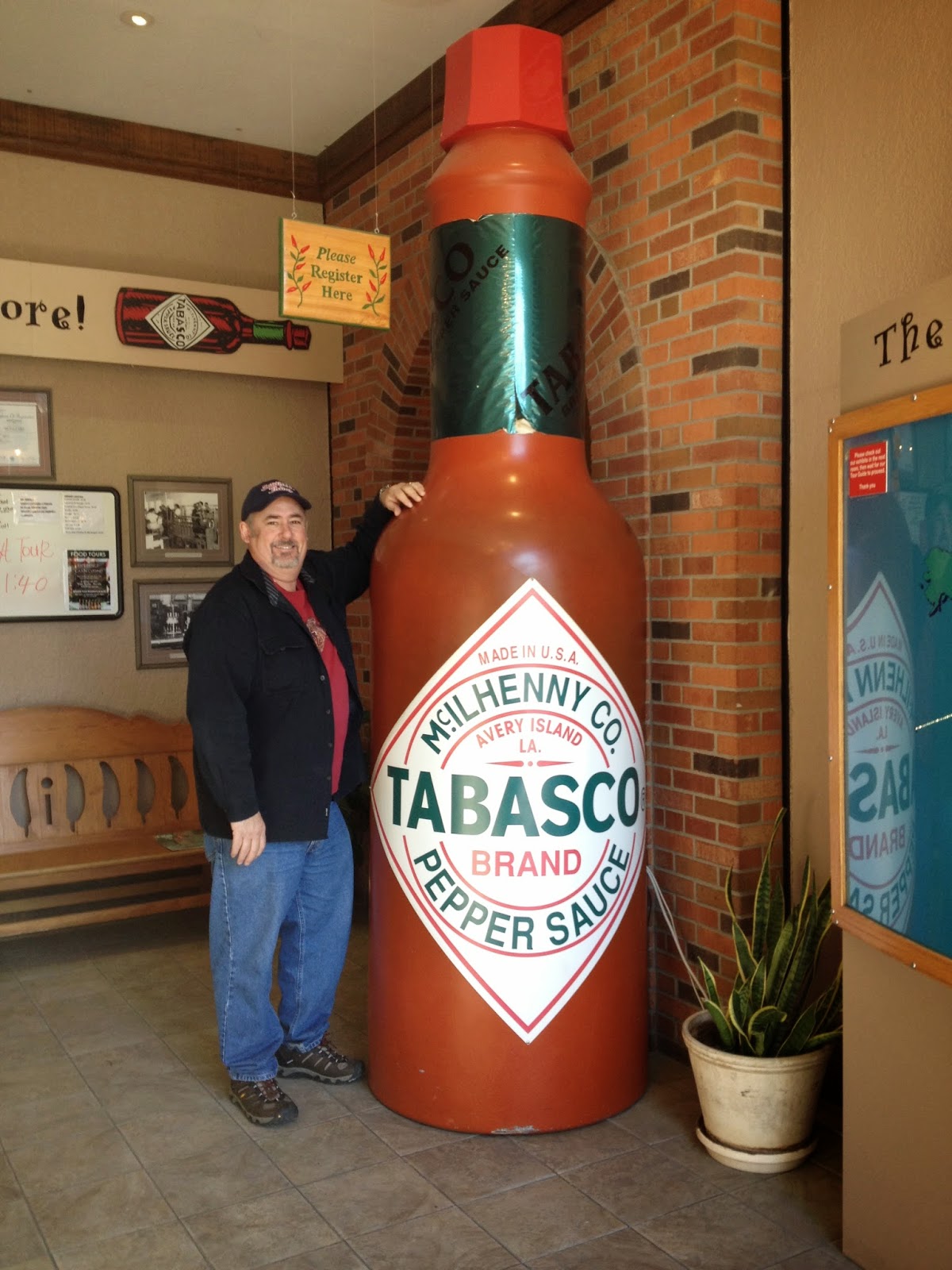 The factory tour was just so-so and since we couldn't watch the bottling, we were looking forward to touring the gardens.  We figured there wouldn't be much to see in winter, but it was nice to be outside.  You can walk, ride bikes, or drive through.  Since it was still cool and windy, we drove.
There are old, gnarled oaks with huge limbs that defy gravity, reaching out.  Sometimes touching the ground before stretching back towards the sky.  They are covered with moss, lichen and Resurrection Ferns. 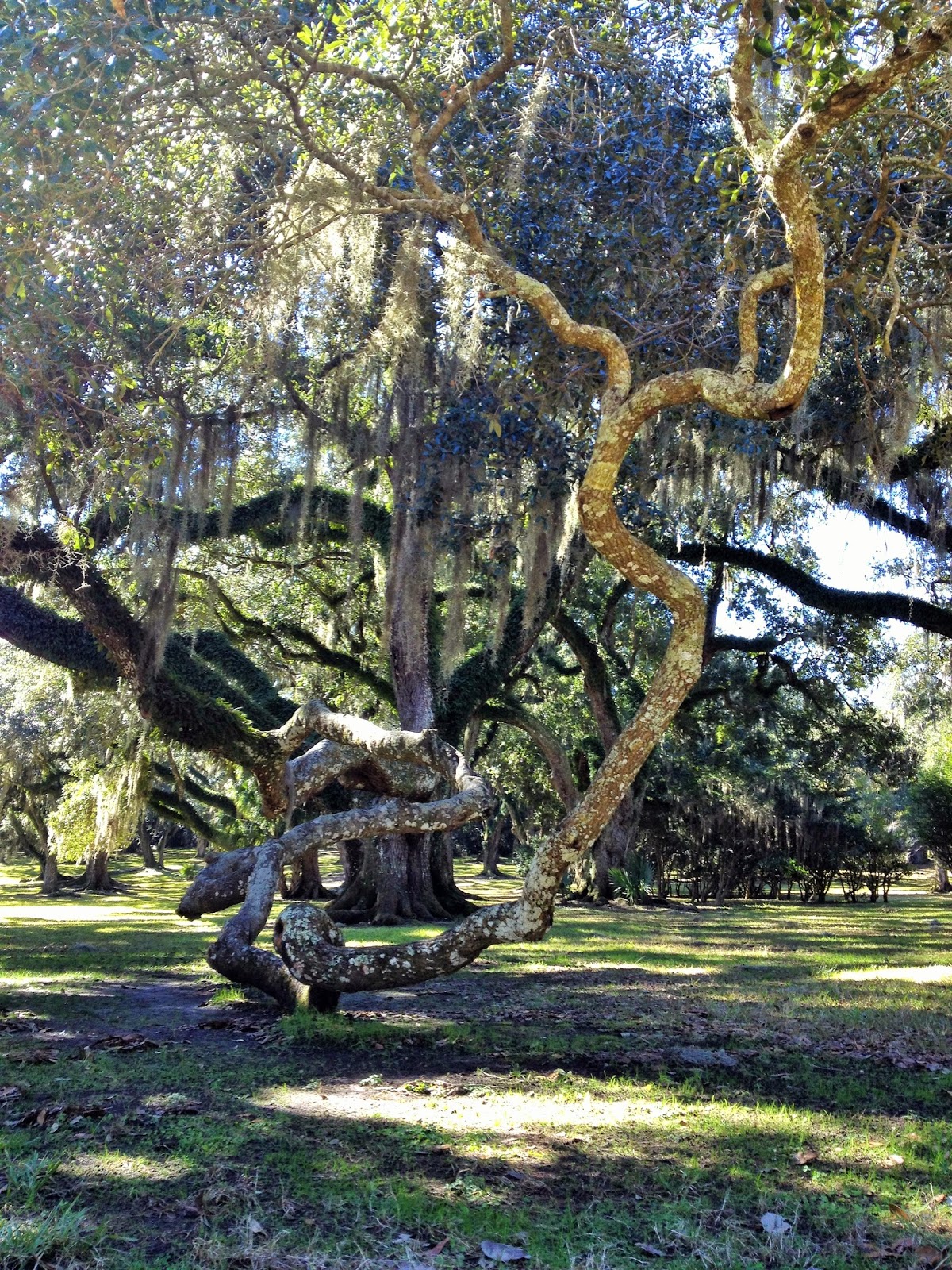 During spring, summer and fall, there are many different animals and birds.  The most well known of the birds are the Snowy White Egrets.  After years of killing egrets by the thousands for feathers to make fashionable ladies’ hats, Mr. McIlhenny raised 8 young birds on the island and released them in the fall to migrate to the Gulf of Mexico.  They return each spring to the rookery Mr. McIlhenny made. 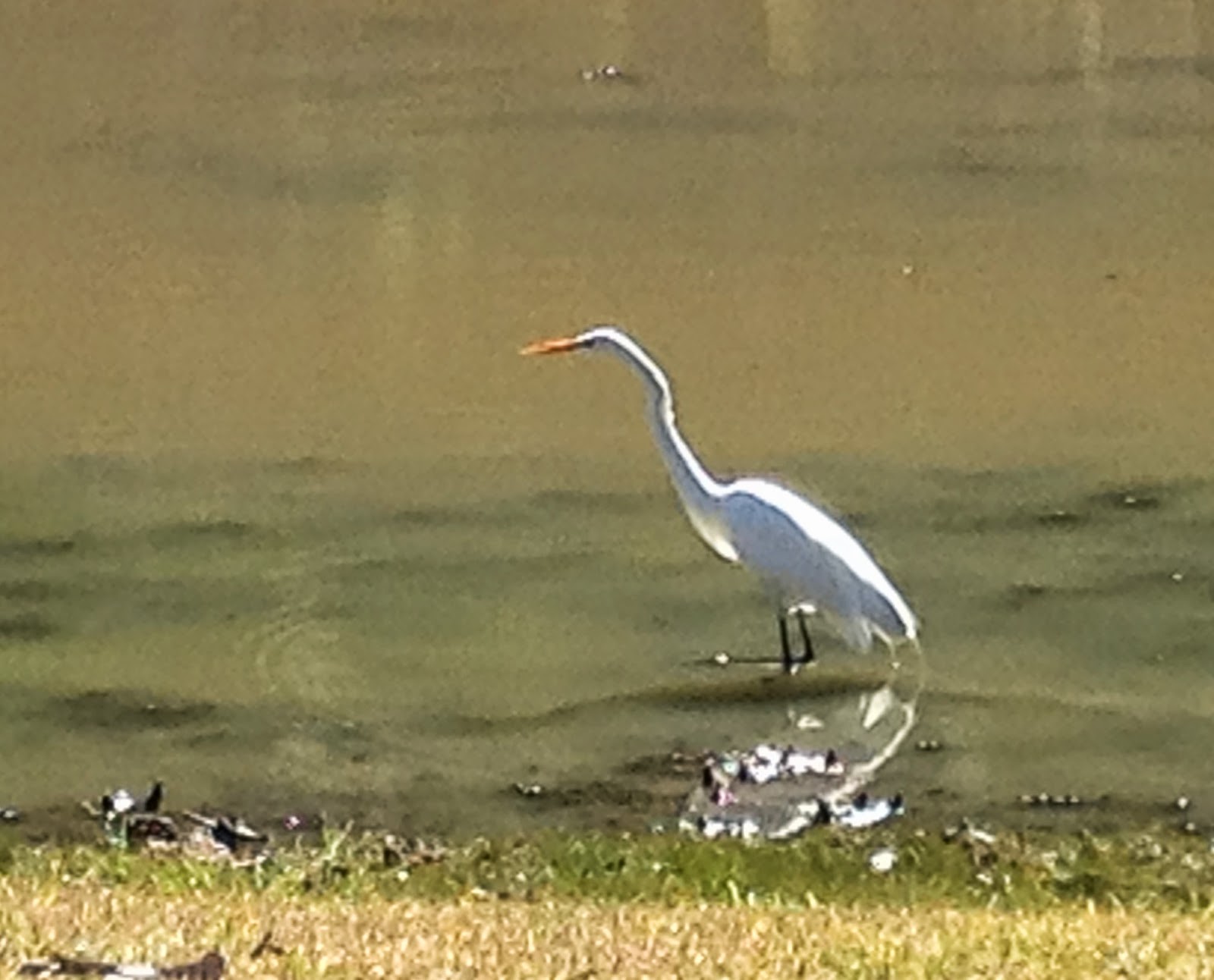 There was a tunnel made from this colorful Holly Berry Bush.  I liked the red berries against the green leaves and blue sky 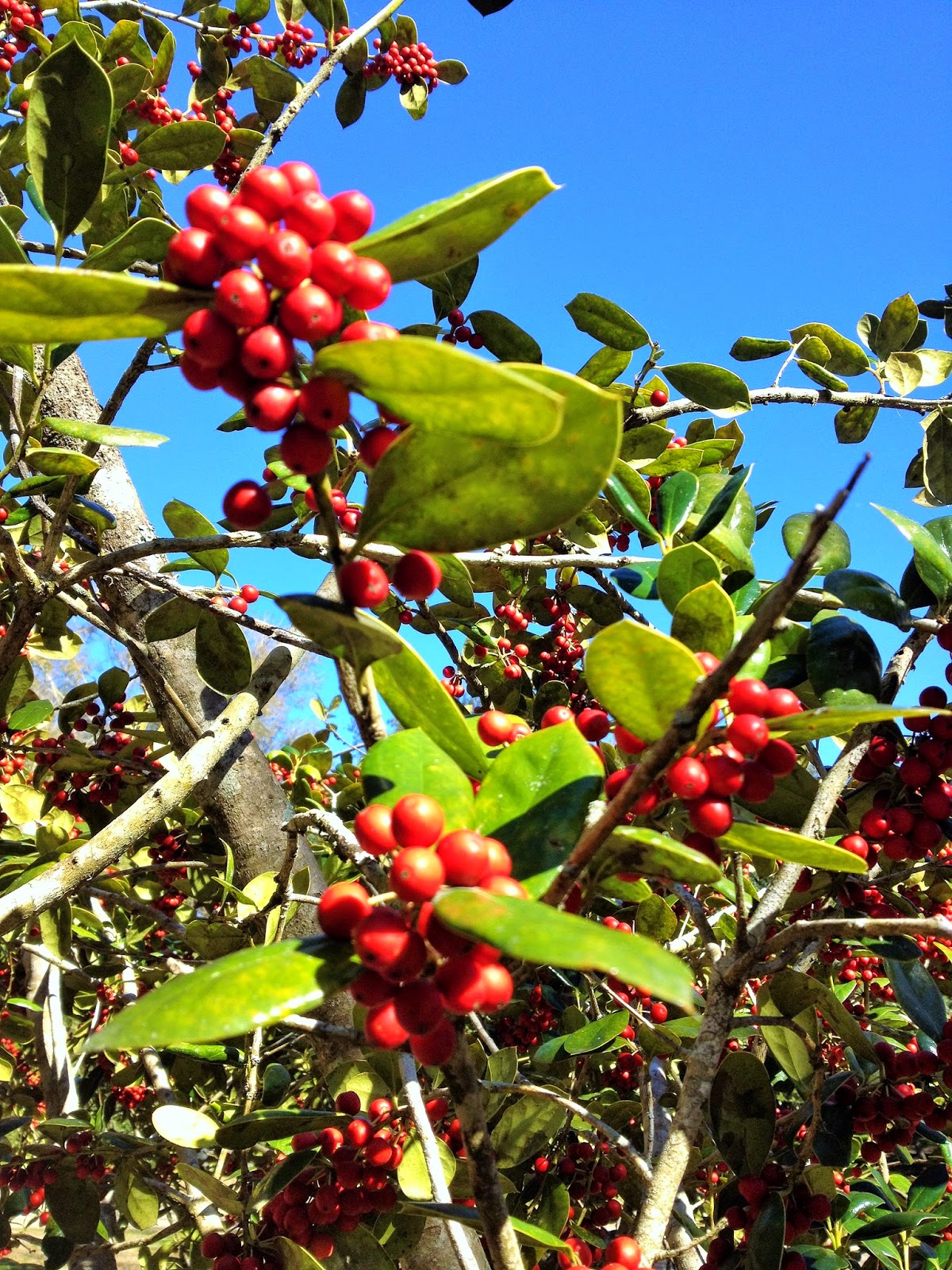 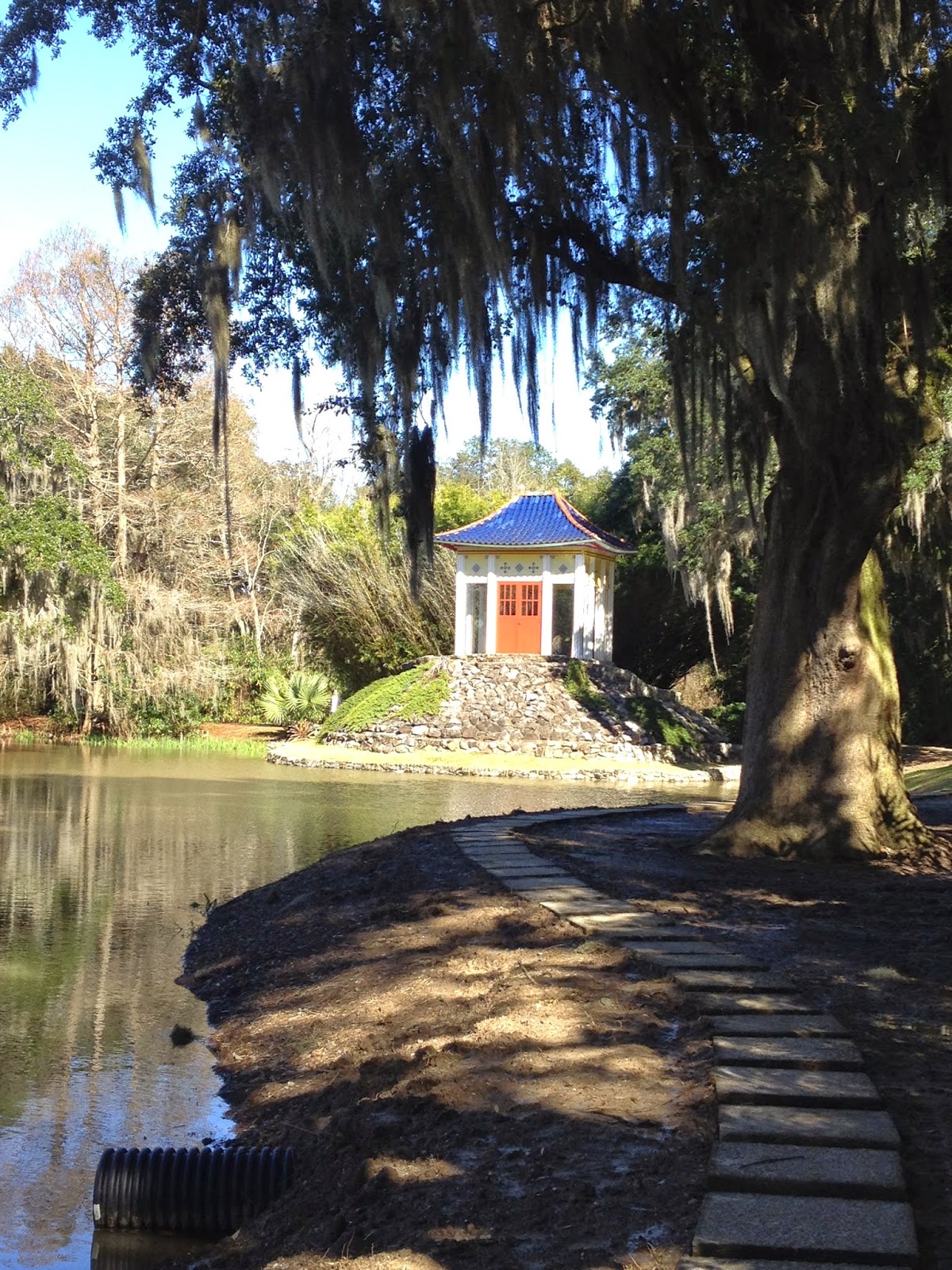 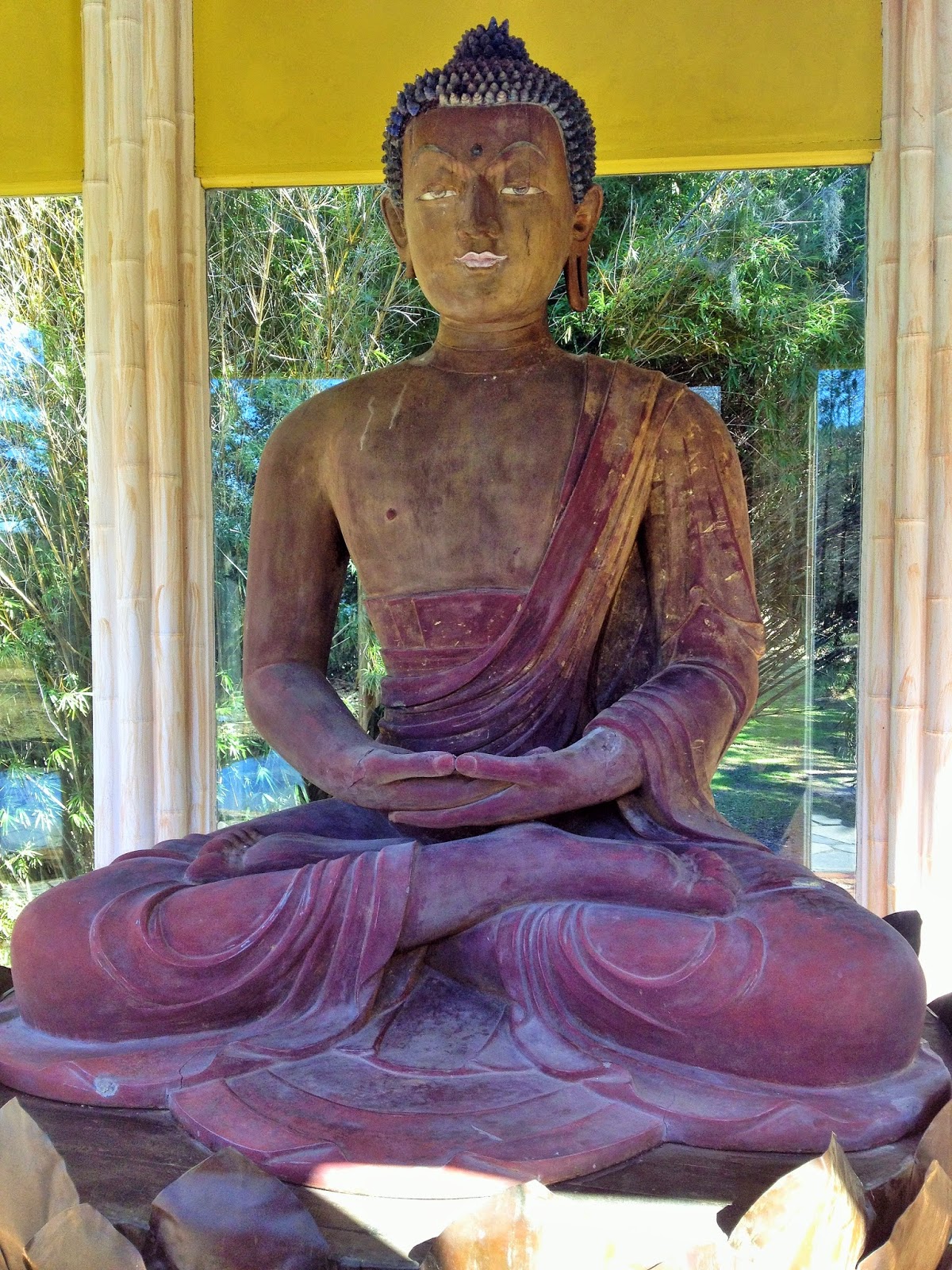 The shrine that houses a centuries-old Buddha — a gift to E. A. McIlhenny in 1936. 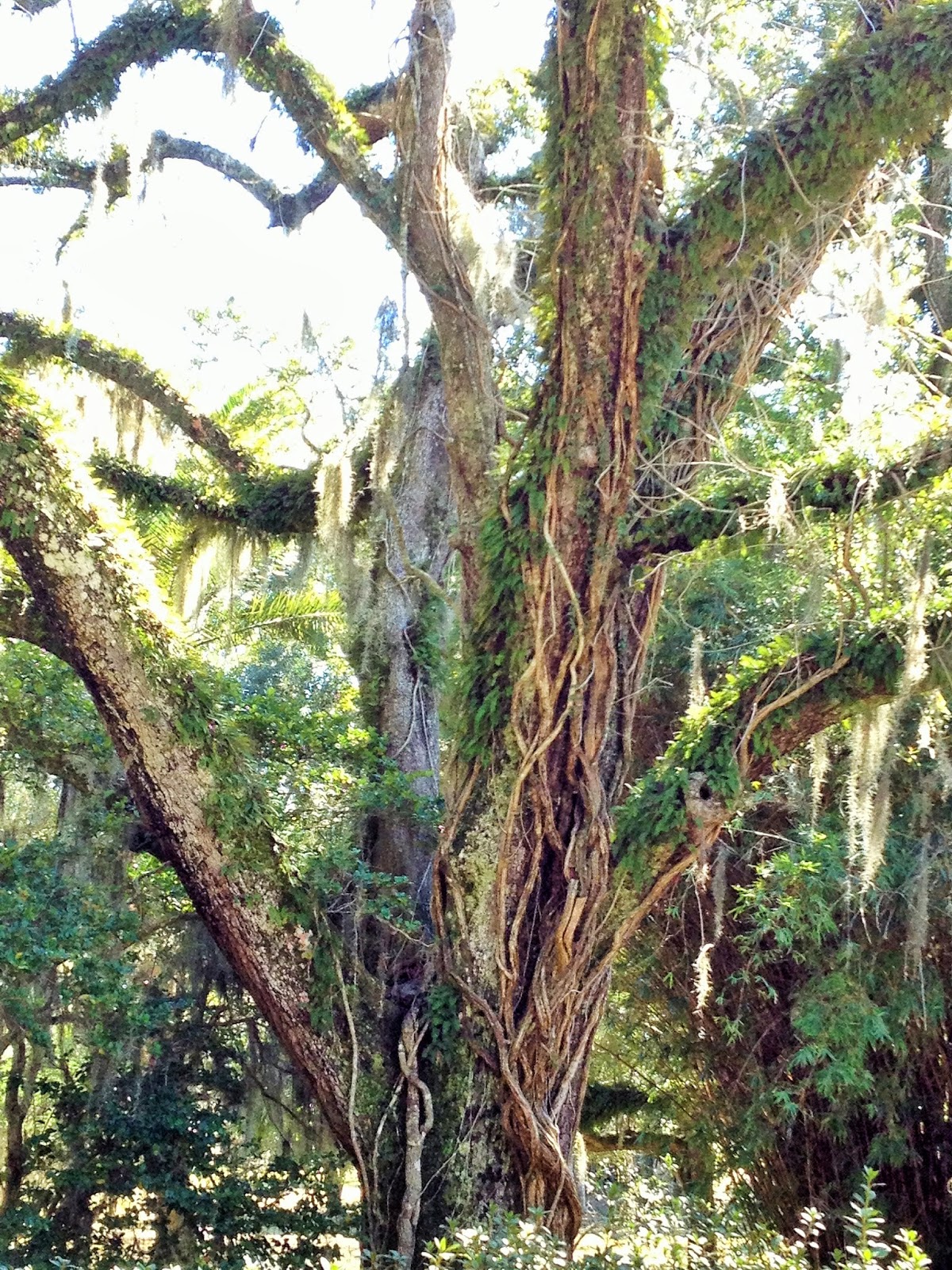 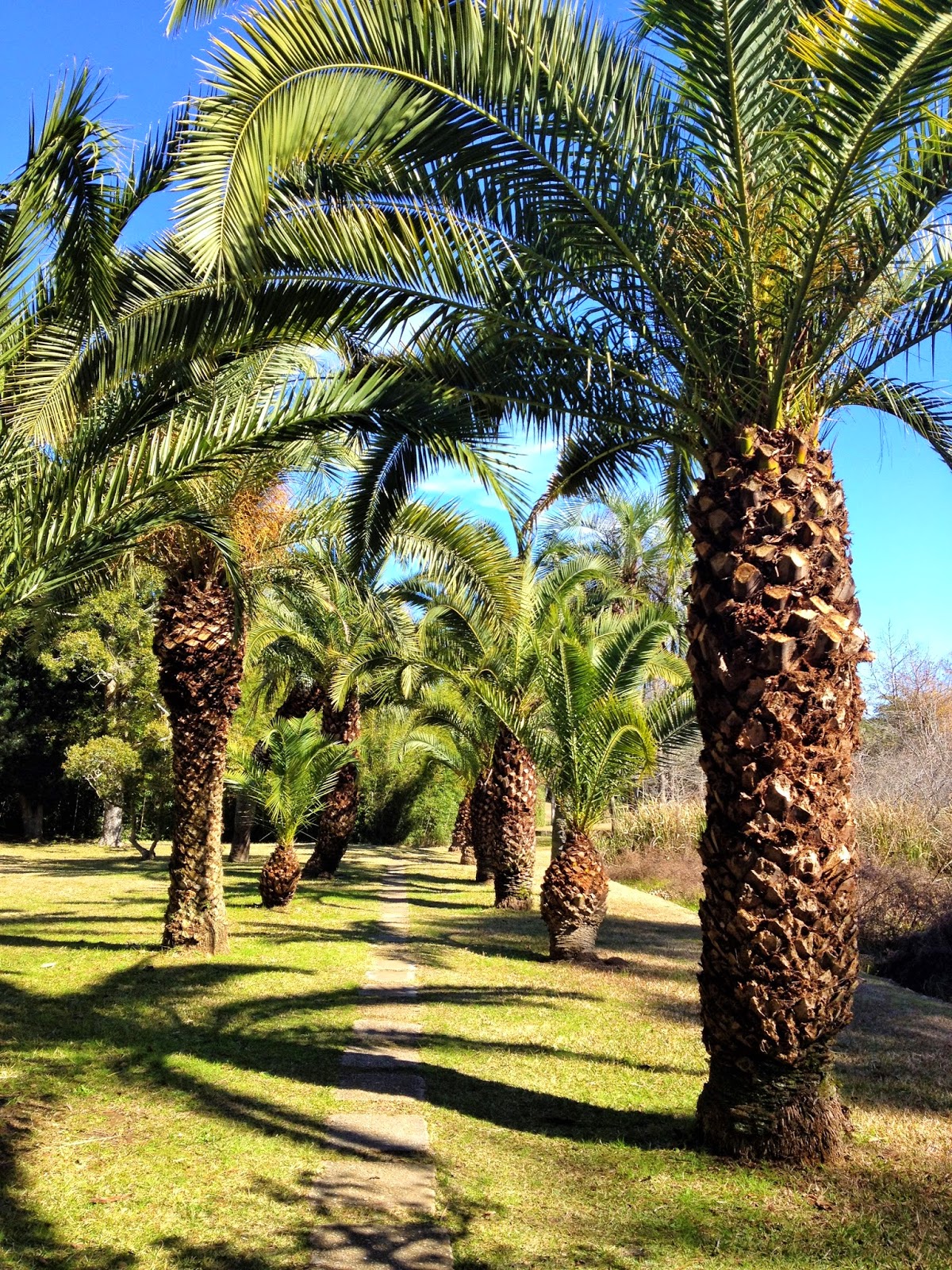 The pointy stump looking things growing out of the swamp are called knees.  They grow out of the roots of the cypress trees and are thought to help the trees breath or anchor them down.  They do not grow into trees however. 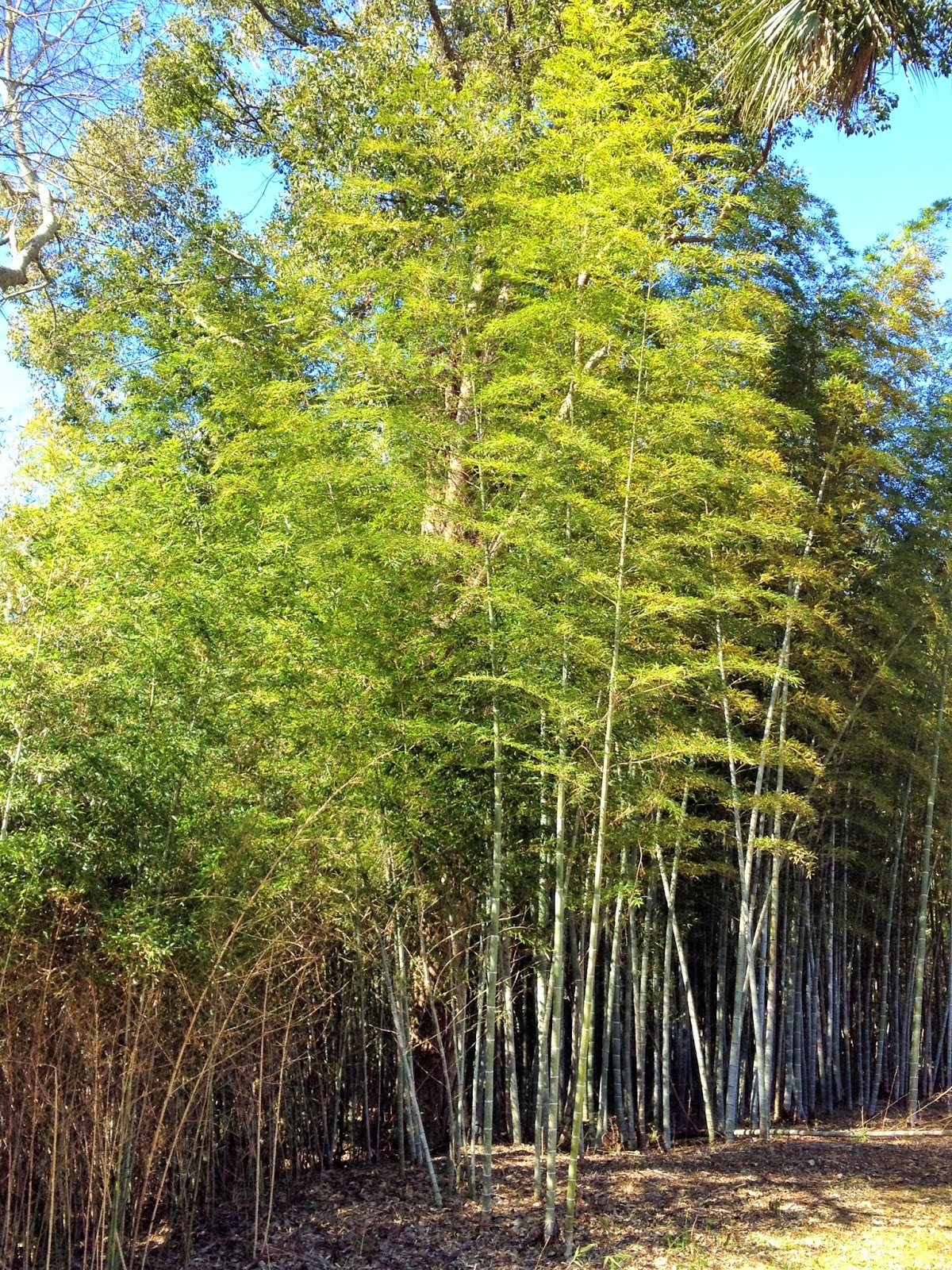 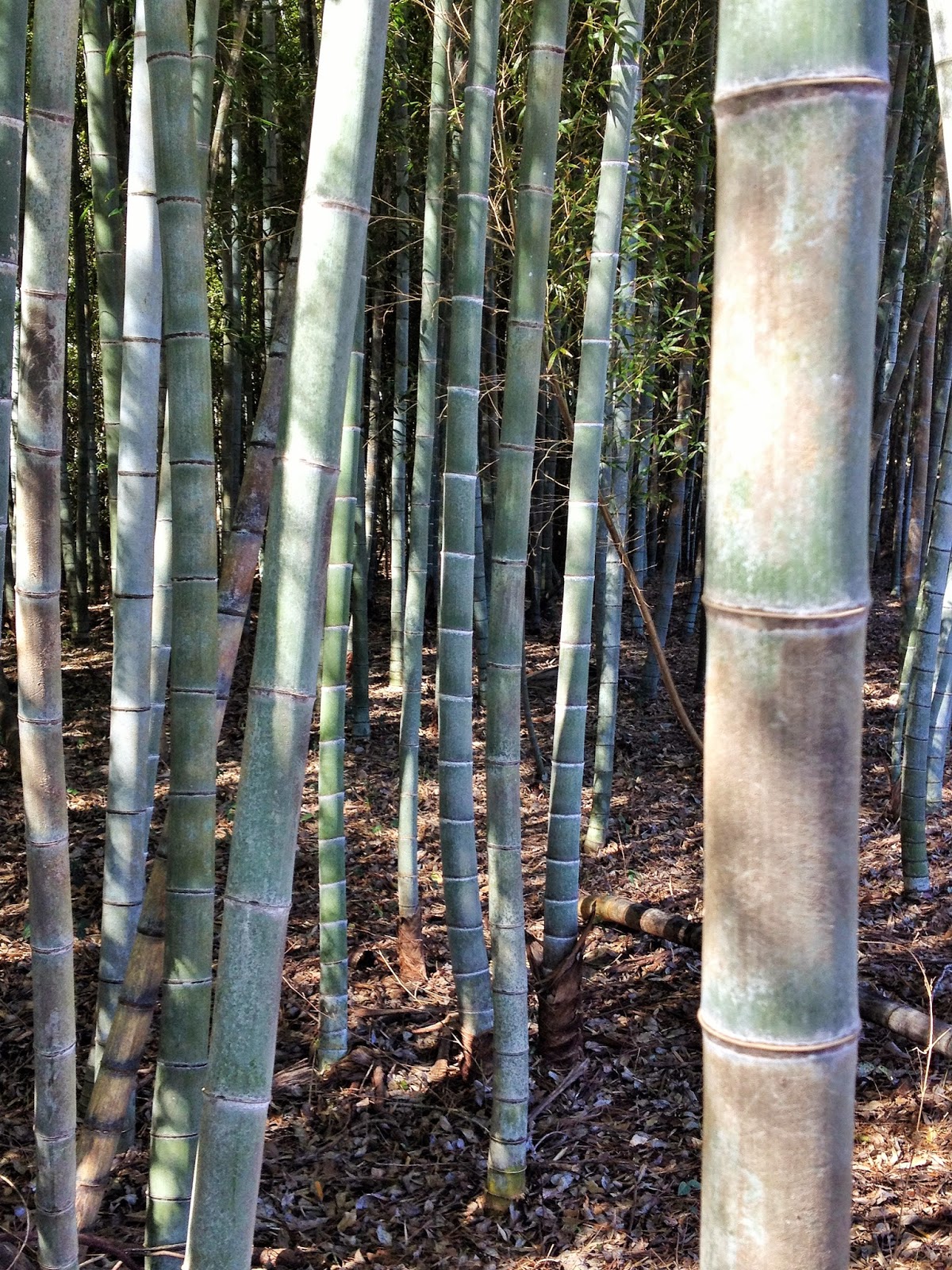 They have beautiful bamboo groves.  Some were green in color and some yellow. 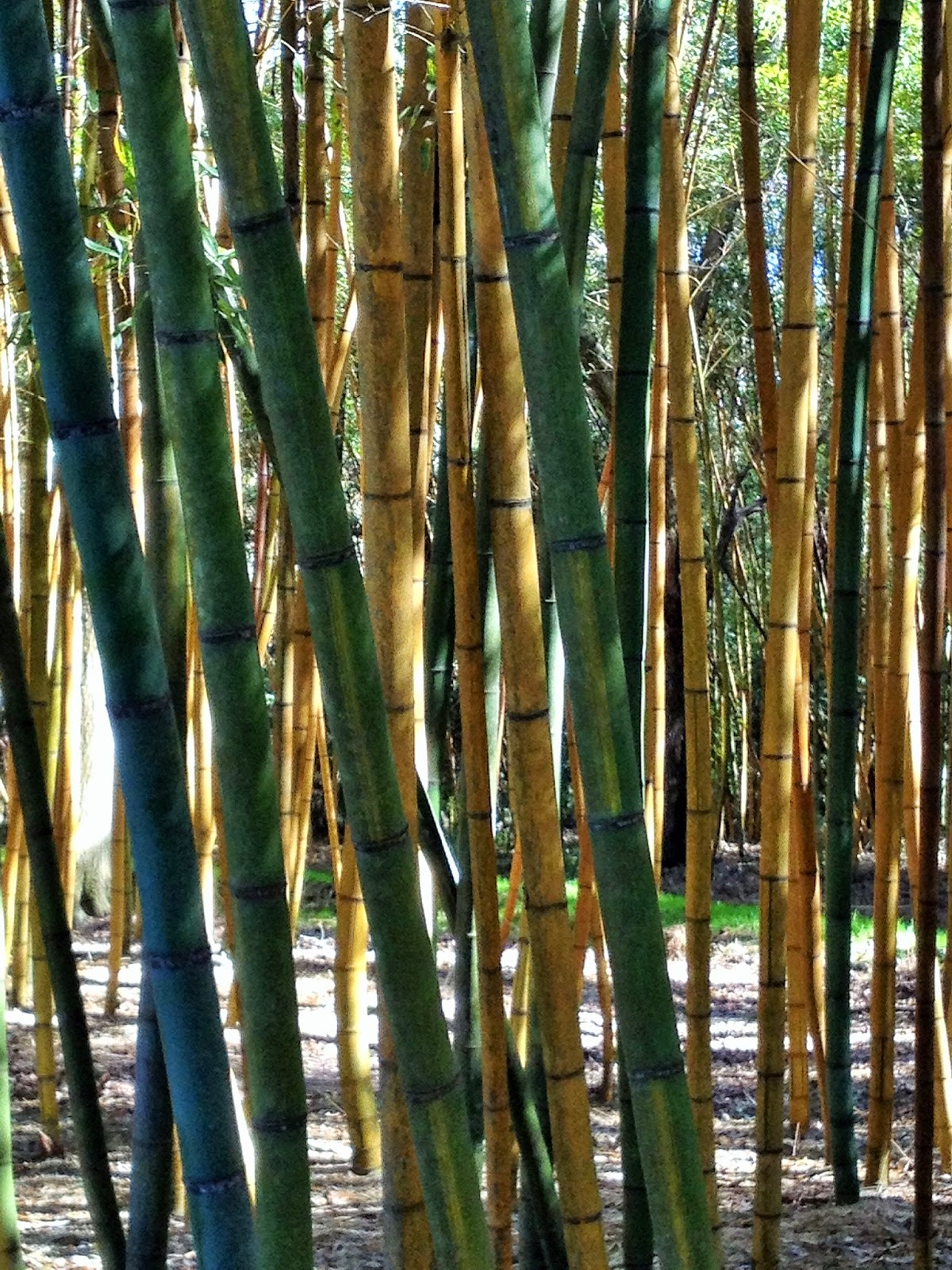 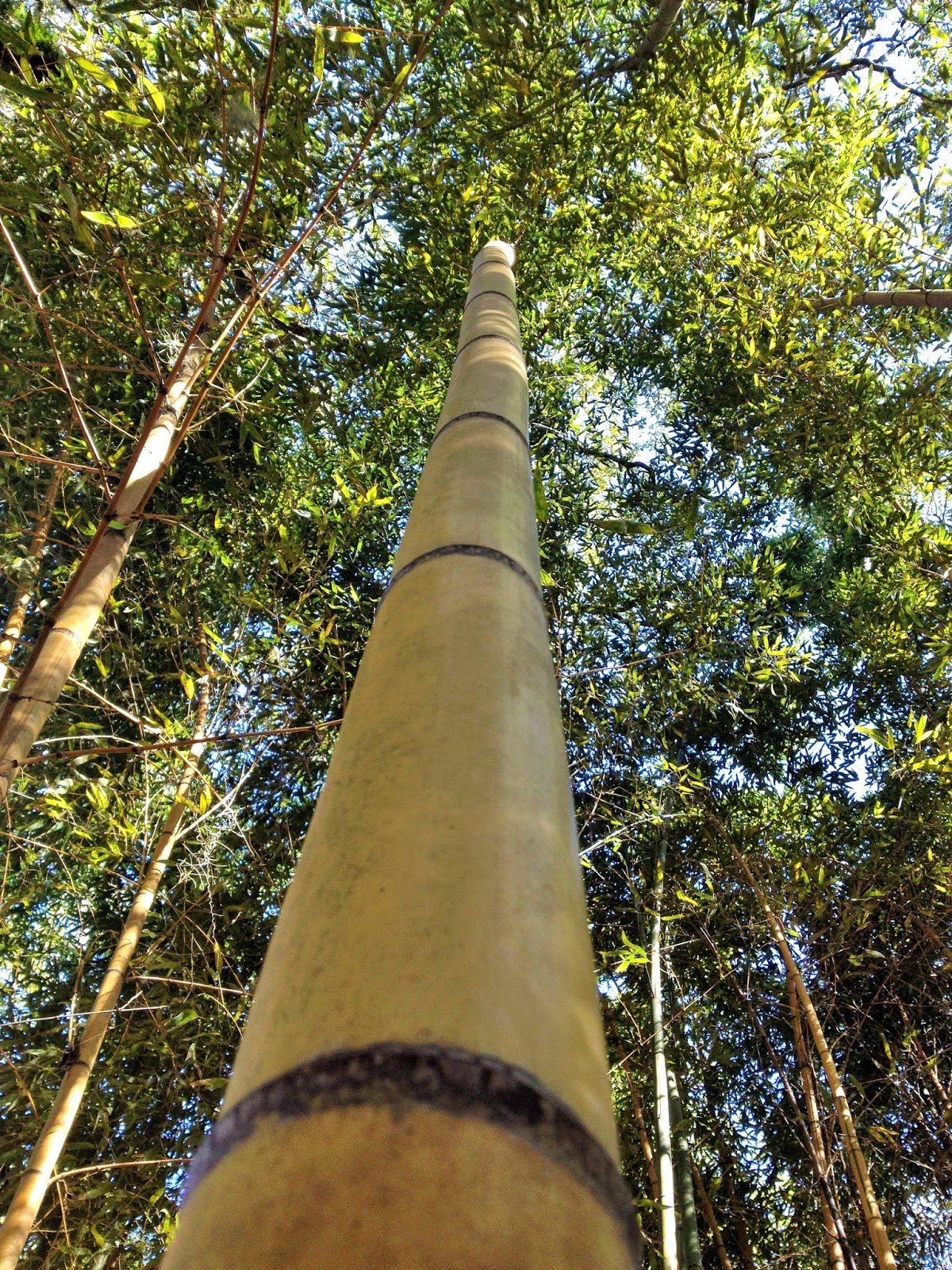 We were able to see some Camilla's that were blooming. 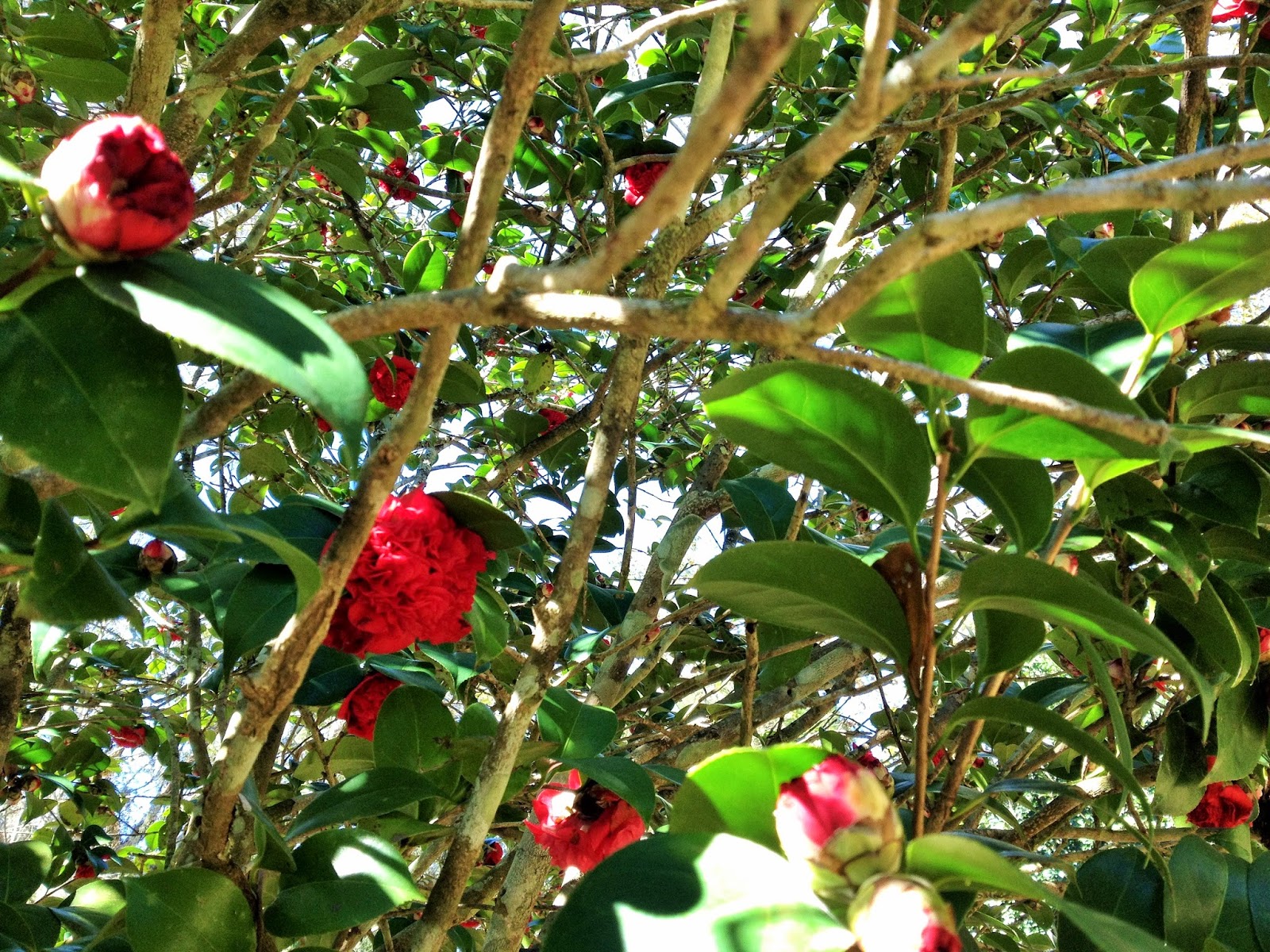 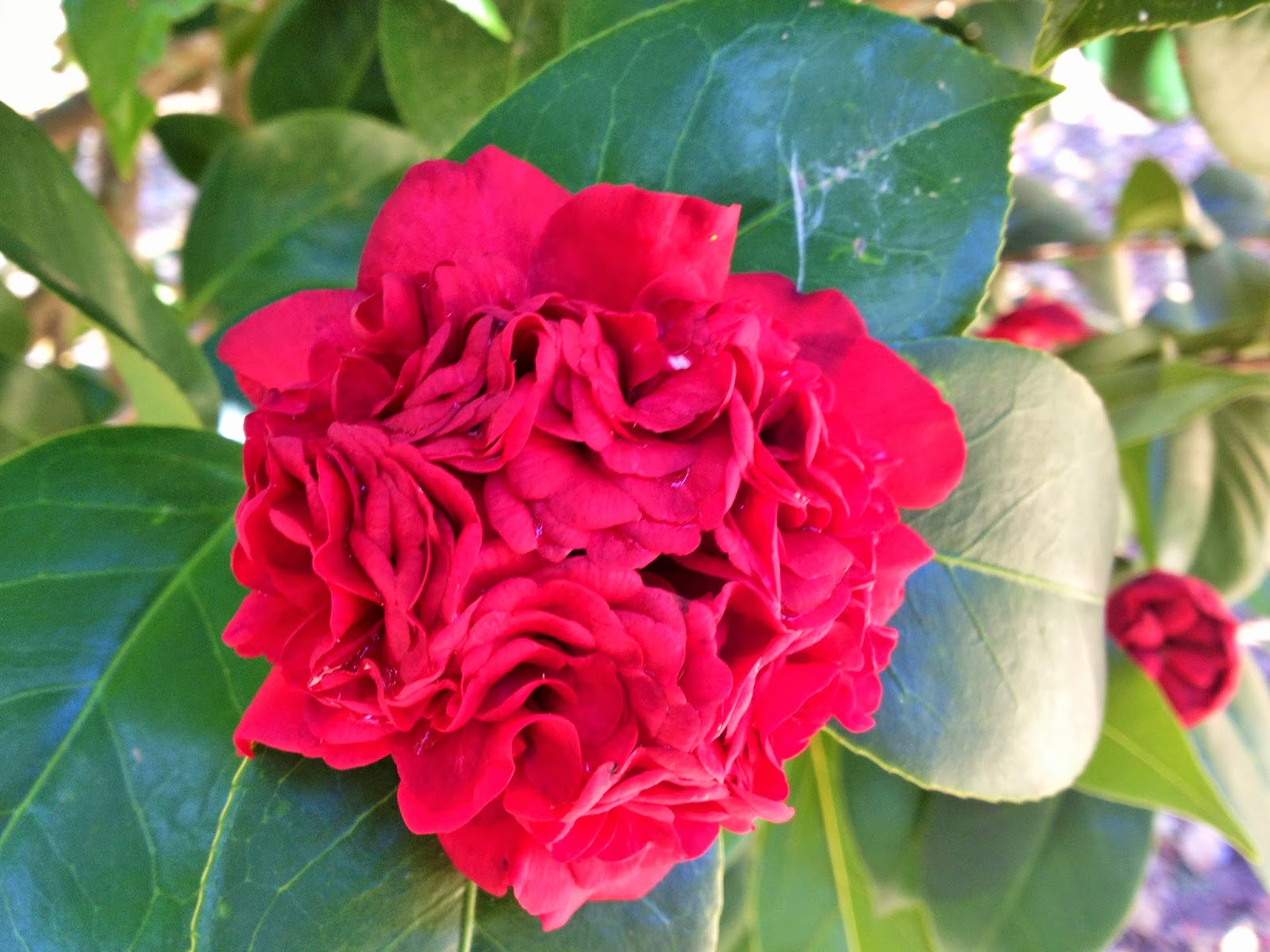 There were colorful lichens, moss and ferns growing on this large oak. 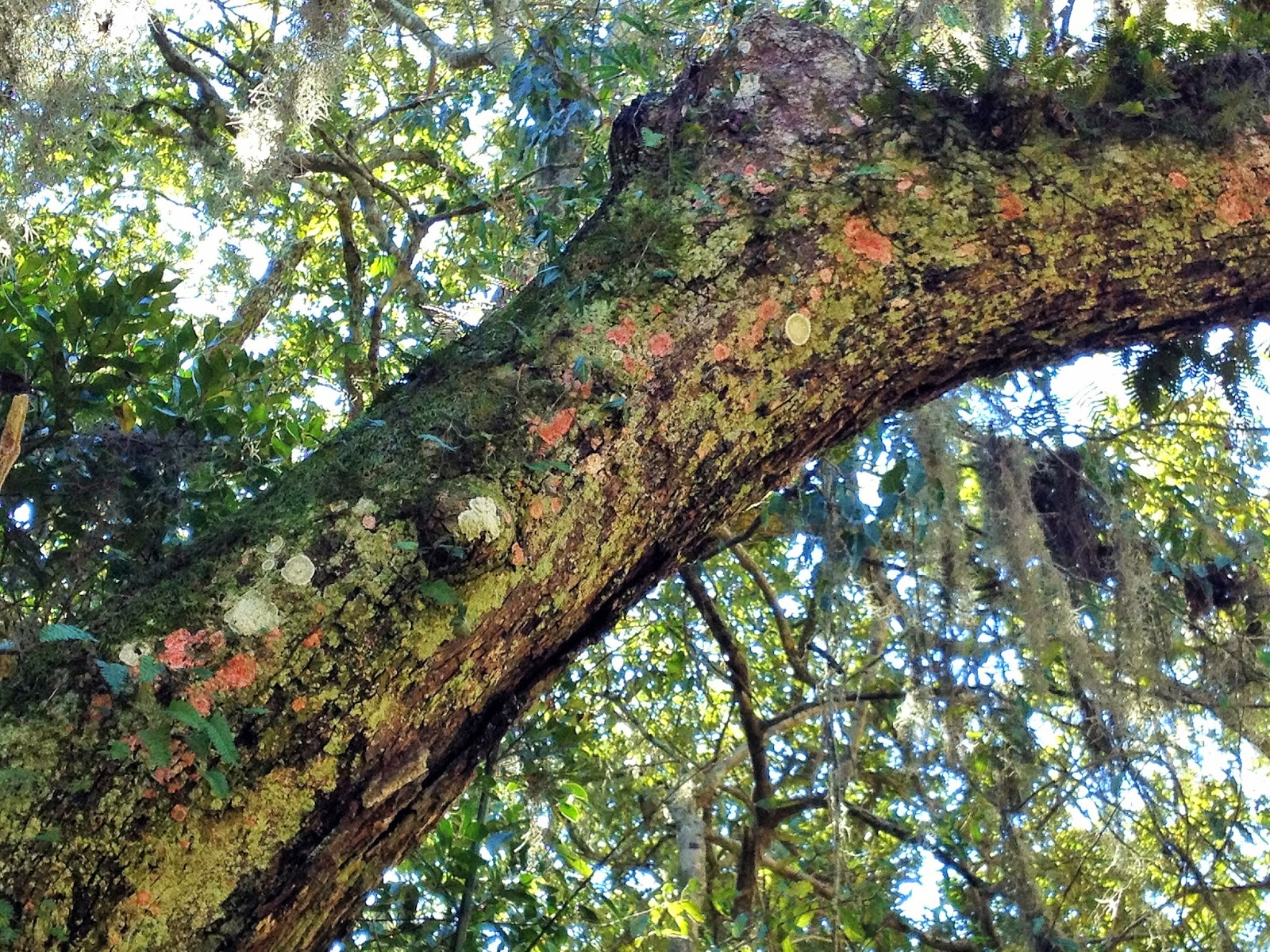