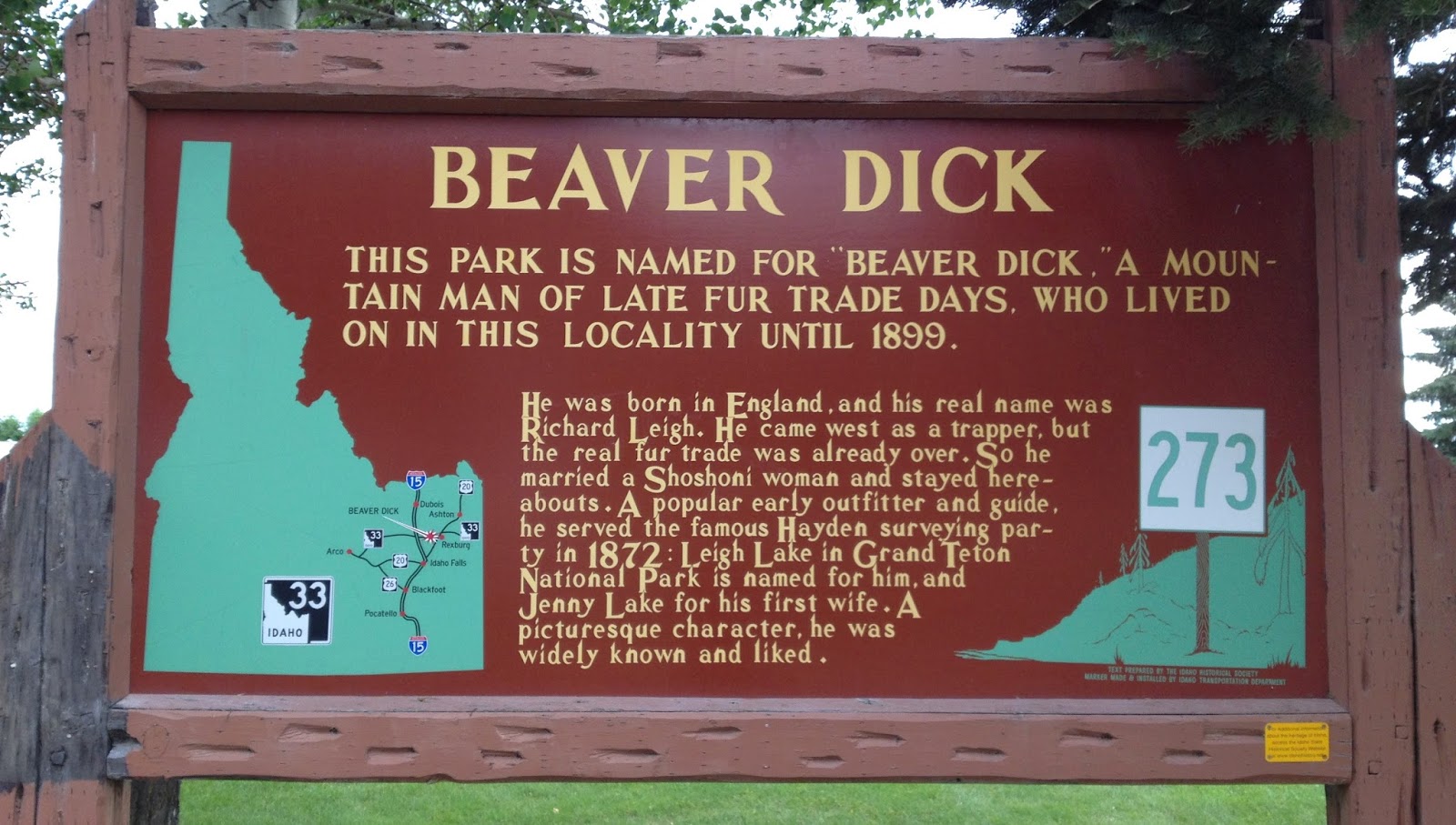 We found the park rules quite amusing.  No burning of furniture in the fire pits, darn!  No shooting in the campground either. 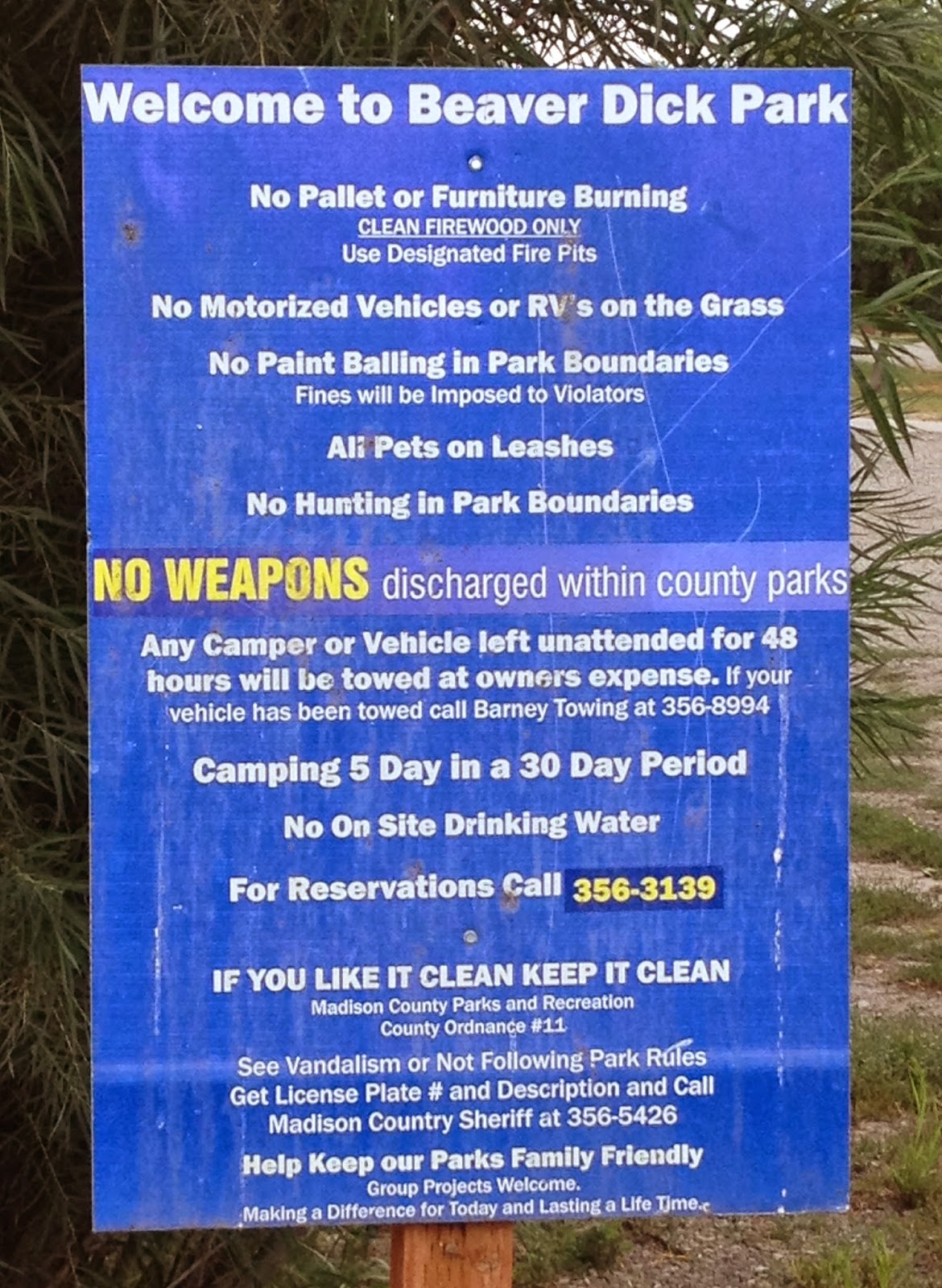 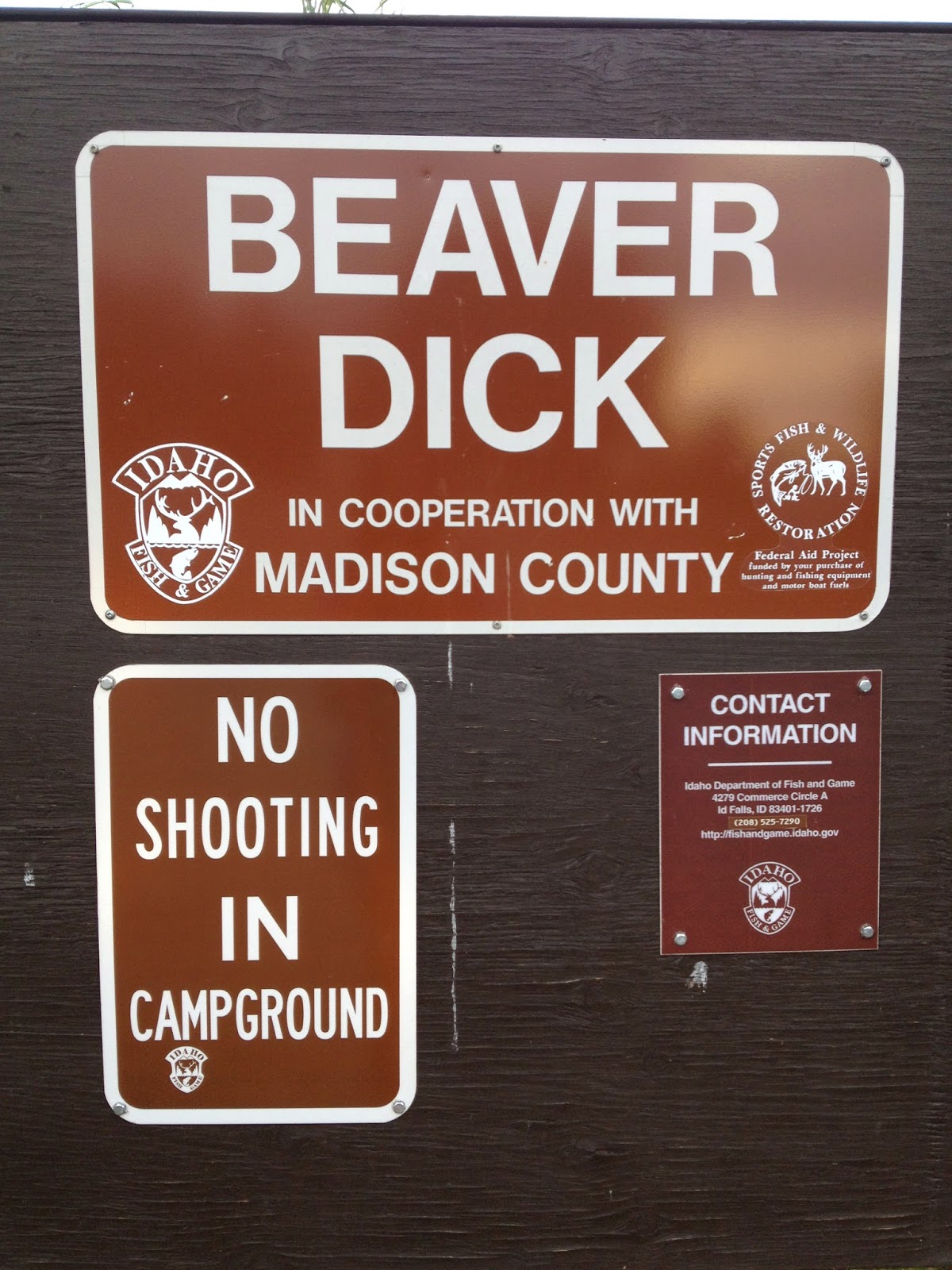 We decided to stay here because it was a great halfway point from Salt Lake City to Montana.  Plus it's only $5 a night.  $3 if you stay the whole 5 nights.  What a deal!  This is
really a gem of a county park.  No hookups of any kind, but spotlessly clean, right on the river, nice shady spots, some open spots, great 4G service and only 5 miles to shopping, gas & services.  We've had the park to ourselves pretty much the entire time. Very small park.

As far as weather, well, I guess were out of the boring and predictable sunny weather of the west.  We've already had numerous rain, thunderstorm, flood watches and warnings.  I guess we'll have to get used to that.  Good thing we keep up with that sort of thing with weather app alerts, news, radio, etc.  It's already much cooler as we head north.  No more 90s.  More like 80s in the day and 50s at night.  Just perfect when the sun is out.

It's also our 1 Month Anniversary of being on the road.  Loving it!  No real surprises.  Just need to actually make a closing up check list as I seem to forget just ONE thing almost each time.  Nothing big, but things that need to be adjusted after.  An inside sliding door popped off the slider, forgot to put the antenna down (I know, I know, rookie mistake!).  But really, it's all going just great and we are having a ball.  Steve has not had any problems with connectivity with work thanks to my handy dandy coverage? app by Techomadia.  I also have many other apps and websites to find free camping/cheap camping, state, county, national parks etc.  I then check them out on google to zoom in and see what the campground and surrounding area looks like.  Don't want to be too close to a highway, railroad or airport.  Love to be in thick trees, but need to get good internet.

No problem being "cramped" together either.  We haven't killed each other yet.  We actually like each other and it's been nice to have so much time together after me working at the store 6 days a week.  We actually get plenty of separate time too.  As we speak, Steve is off with his metal detector and I'm typing this blog.  Hurley, the dog, is pooped from his stick retrieving and playing in the river.
Tomorrow we'll head into town for some food and supplies and gas.  Since we are boondocking, we are keeping track of how long we can go on our tanks (fresh water, gray and black), how long our laptops stay charged and how long it takes to run the generator to re-charge them.  So far, so good! 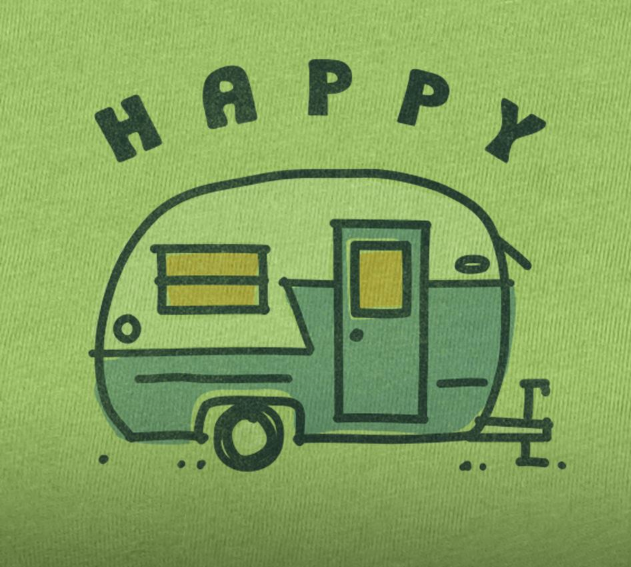 I also had a chance to talk with Jo of (darn, I can't find the name of her blog.  I'll get that to you later)  We met her and Craig in Tennessee and they are the sweetest couple from Texas.  They head out fulltime next week.  I'm so excited for them!  We'll meet up with them again in Indiana in September.
﻿
Posted by DebbieM