After picking my sister up from SeaTac yesterday we had plenty of time to catch up.  Since we closed our retail business 4 months ago we have hardly seen each other.  It was a good test to see how we'd handle overnight company in the trailer.  Kris stayed for 4 nights and she said the sofa bed was actually very comfortable.  I added a mattress pad and quilted cover to it.


We drove from Dash Point State Park in the Tacoma area west to Hoodsport where we will join a bunch of friends.  They really do up this event!  This is a beautiful little park nestled in the woods right across from the Hood Canal.  We couldn't have asked for better weather.  Low 70s and sunny. 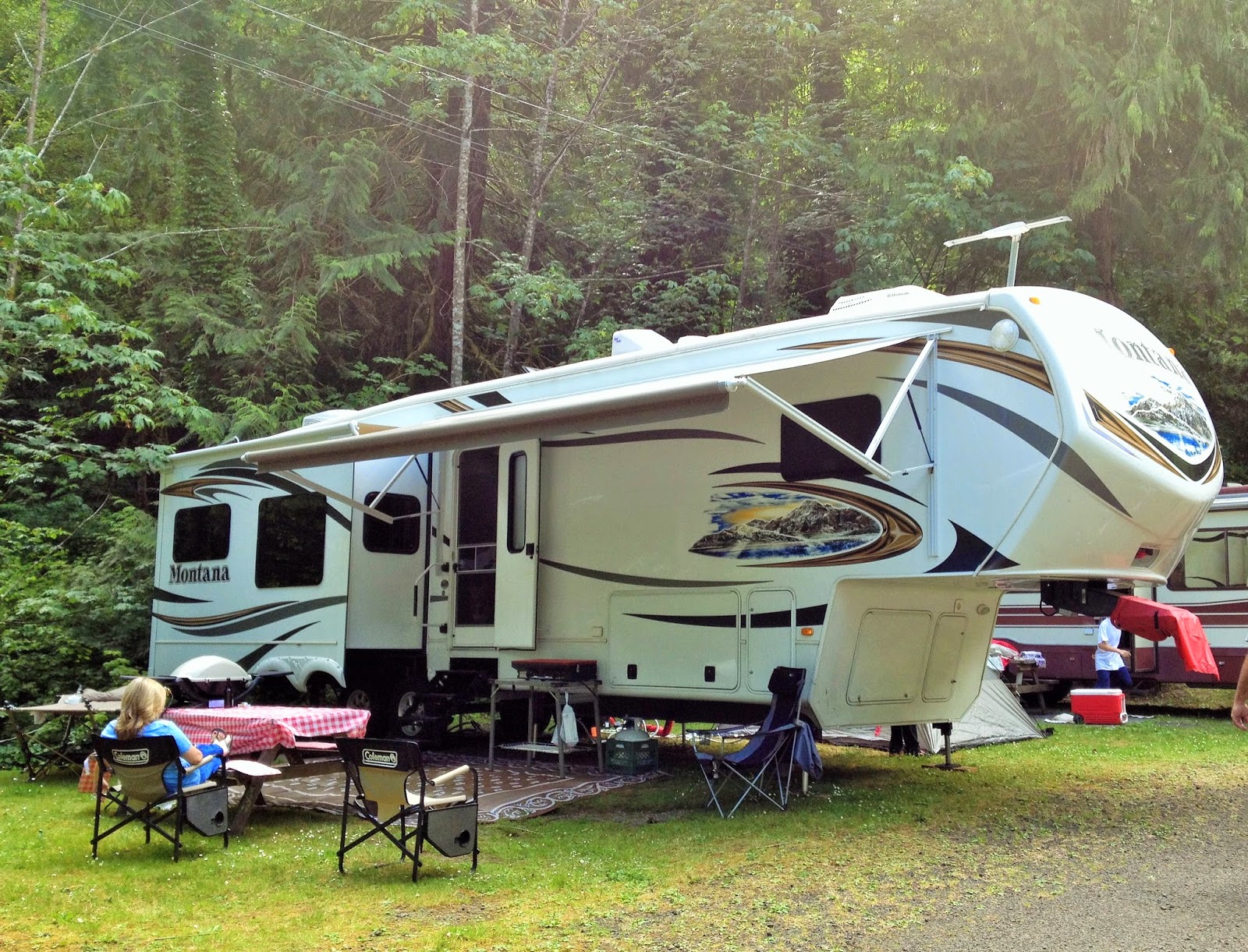 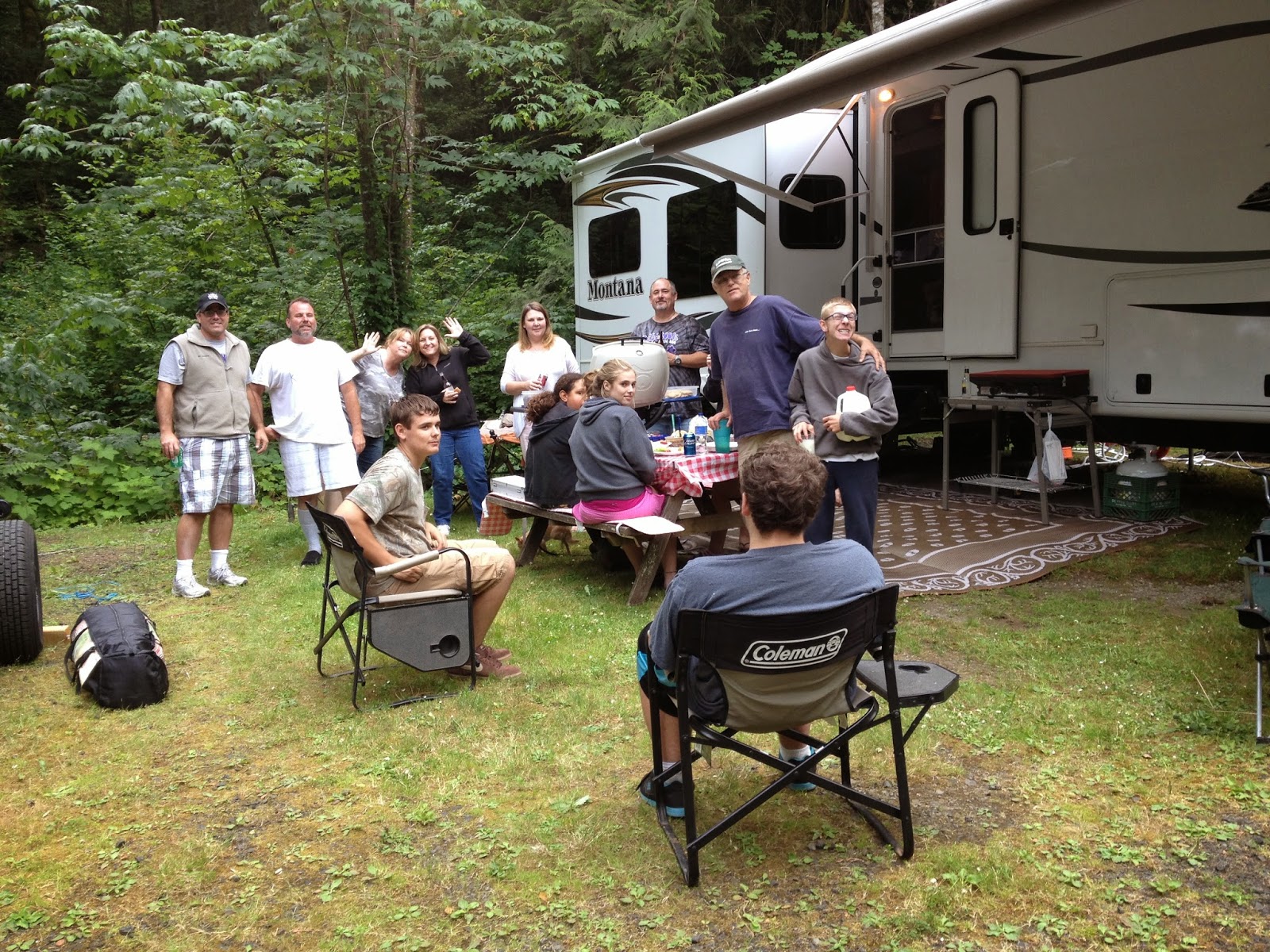 We were off to a slow start.  Seems the "seafood" is winning the war.  When the crab pots were checked there was only one crab.  One single crab.  And two pots came up missing.  Clamming wasn't too successful either as the tide was up quite a bit once we were able to get out there. 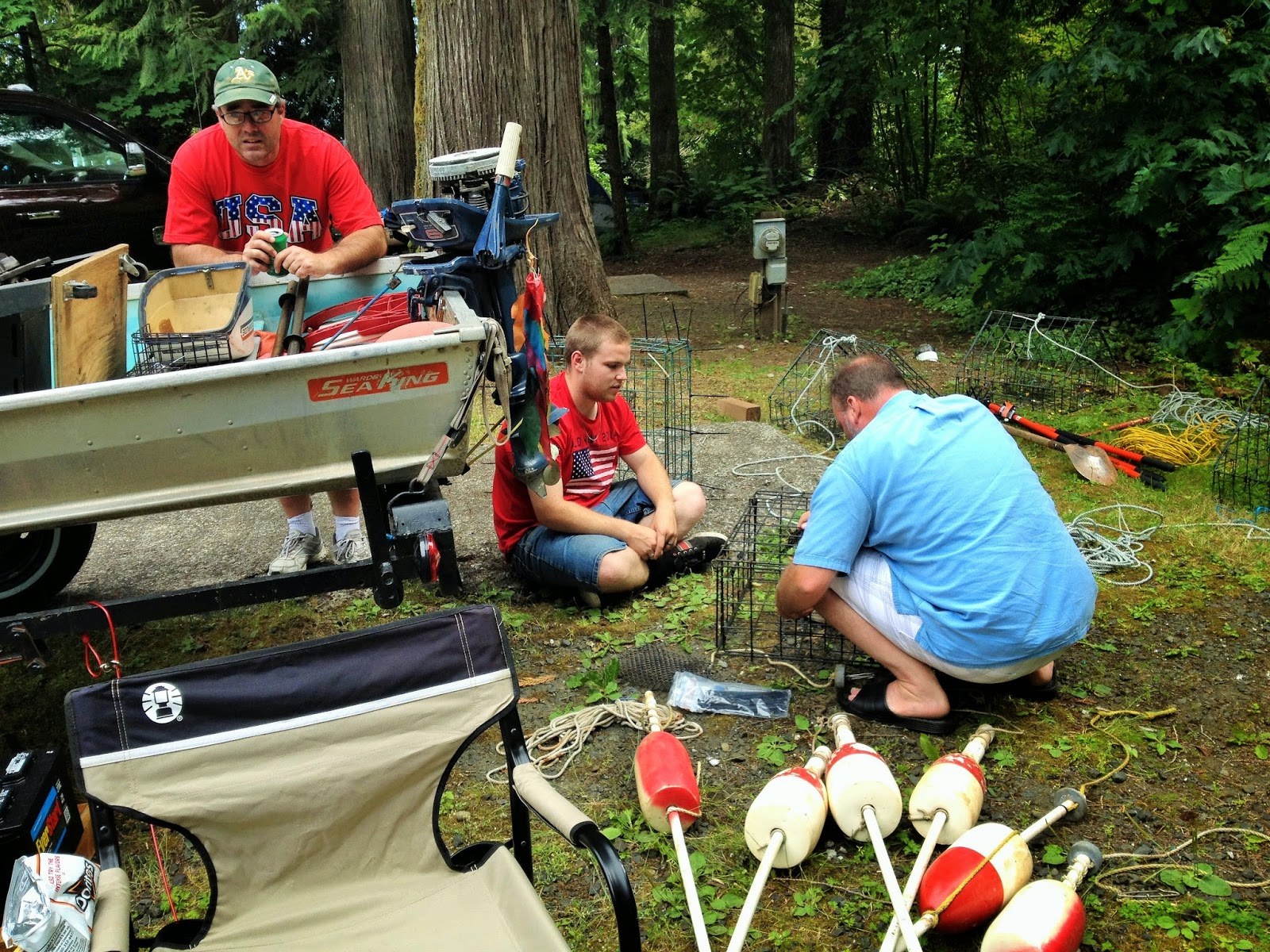 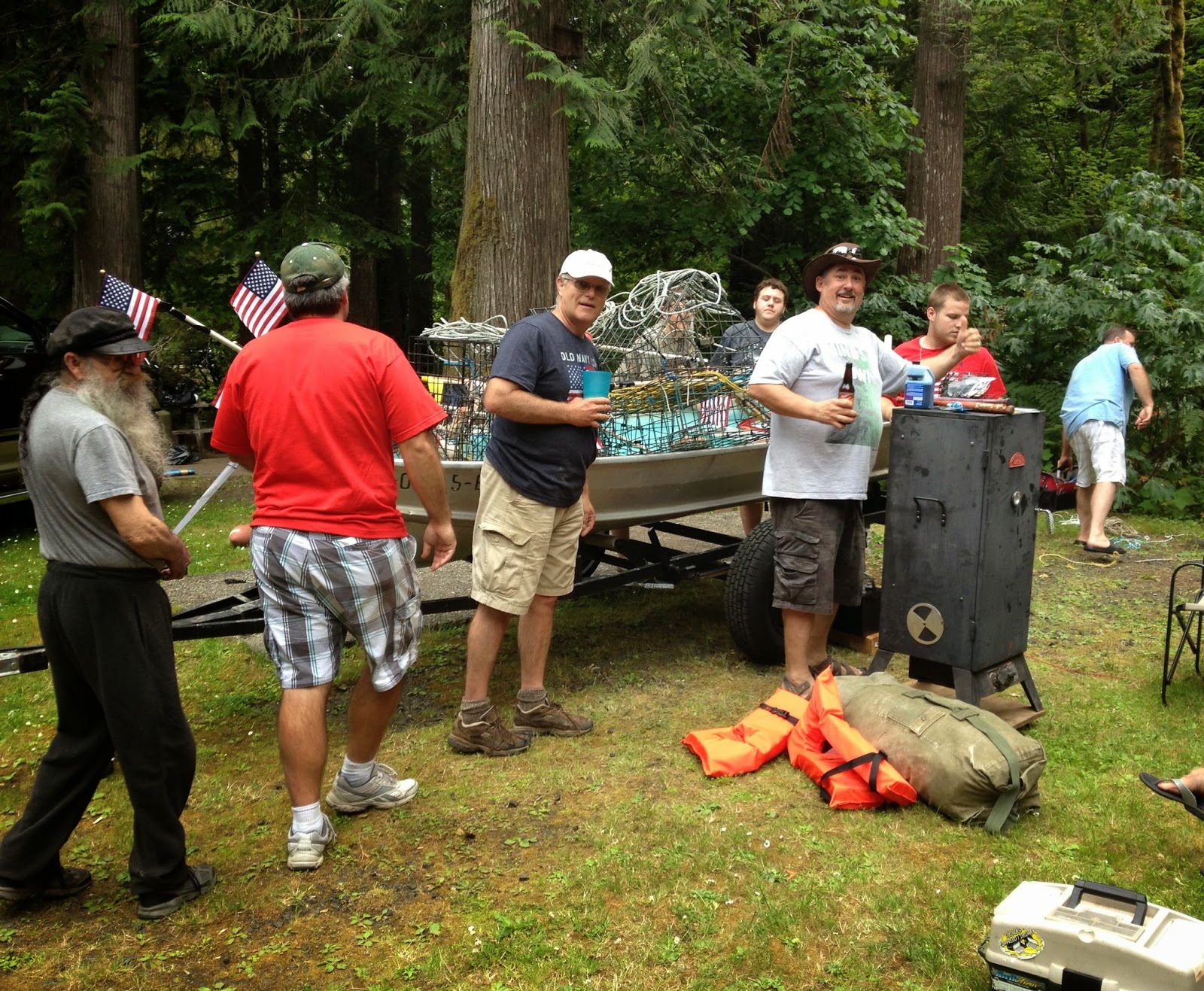 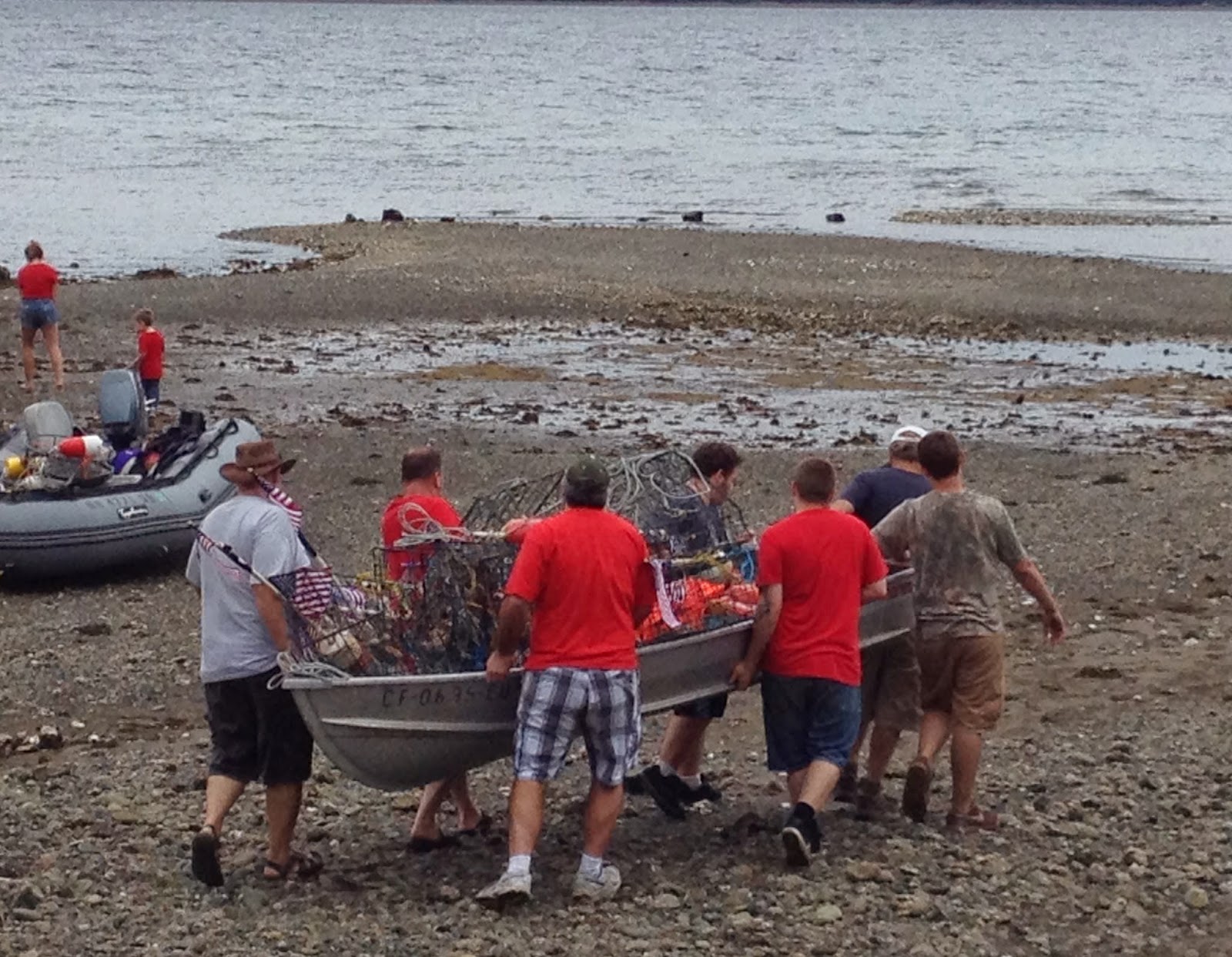 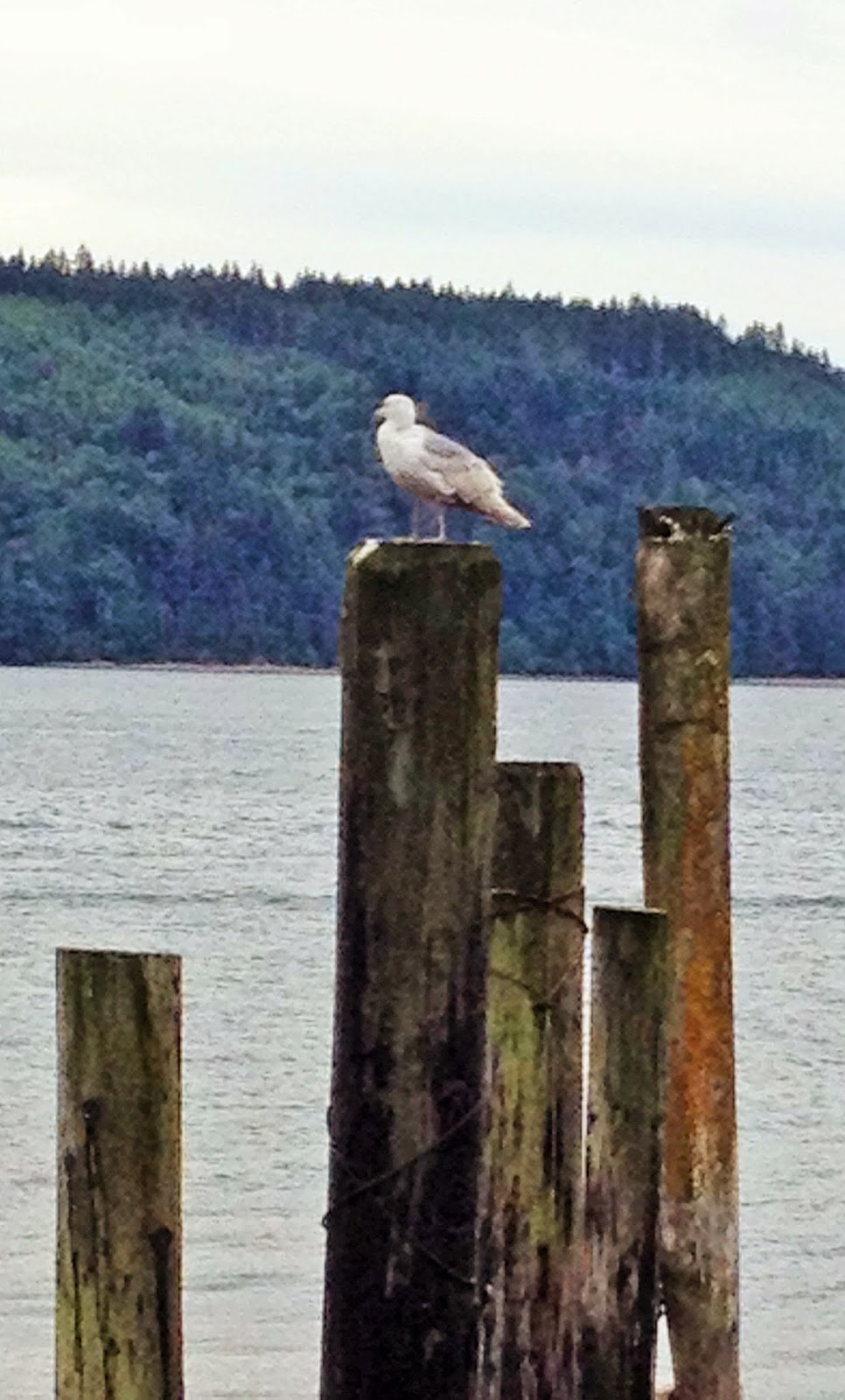 Fishing hasn't been too successful either.  Tuesday we head out early for some guiducks (not sure of the spelling).  Maybe some Butters and some Manillas too.  After all how are we going to make clam chowder without clams!  The first night we had whole oysters right off the grill.  They were pretty good.  I'm not a seafood person, but I'll try new foods at least once.  I was surprised how fun all this harvesting is.  We really have a great time.  Of course, the friends we are with have the most to do with that.  We are with a couple Hawkins families and the Whites.  Great people we've known for about 15 years through 4-H (dairy goats mostly).  Hopefully we'll have a lot more luck as the next couple days there is negative tide.

We did better at the oyster harvesting but now have a big blister on my palm since I forgot my gloves.  The first time I was shown how to shuck an oyster, I thought, wow, that's a lot of work.  Why not just use a cordless drill instead of that knife?  Voila!  A much quicker and painfree way to get those nasty shells open! 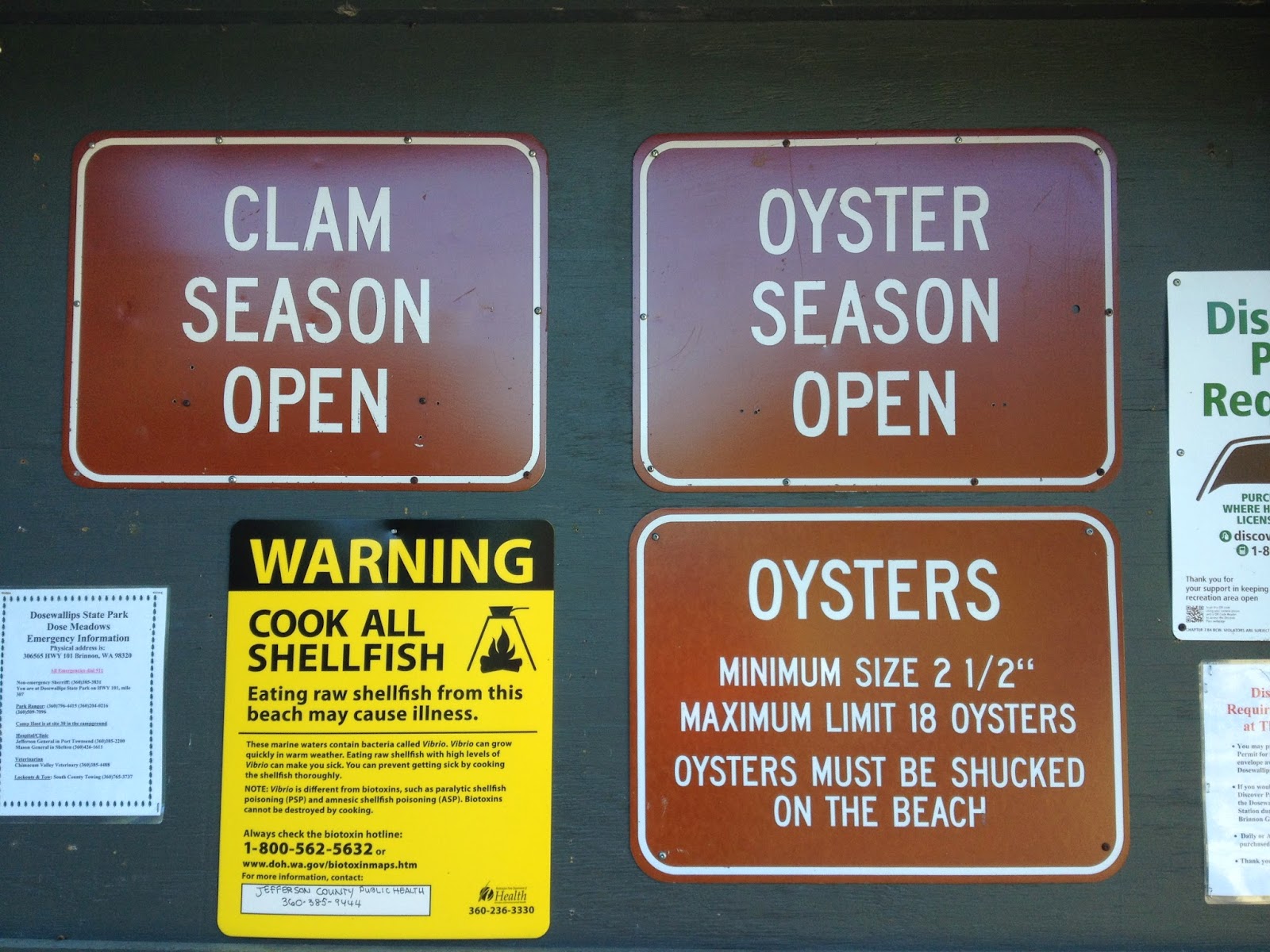 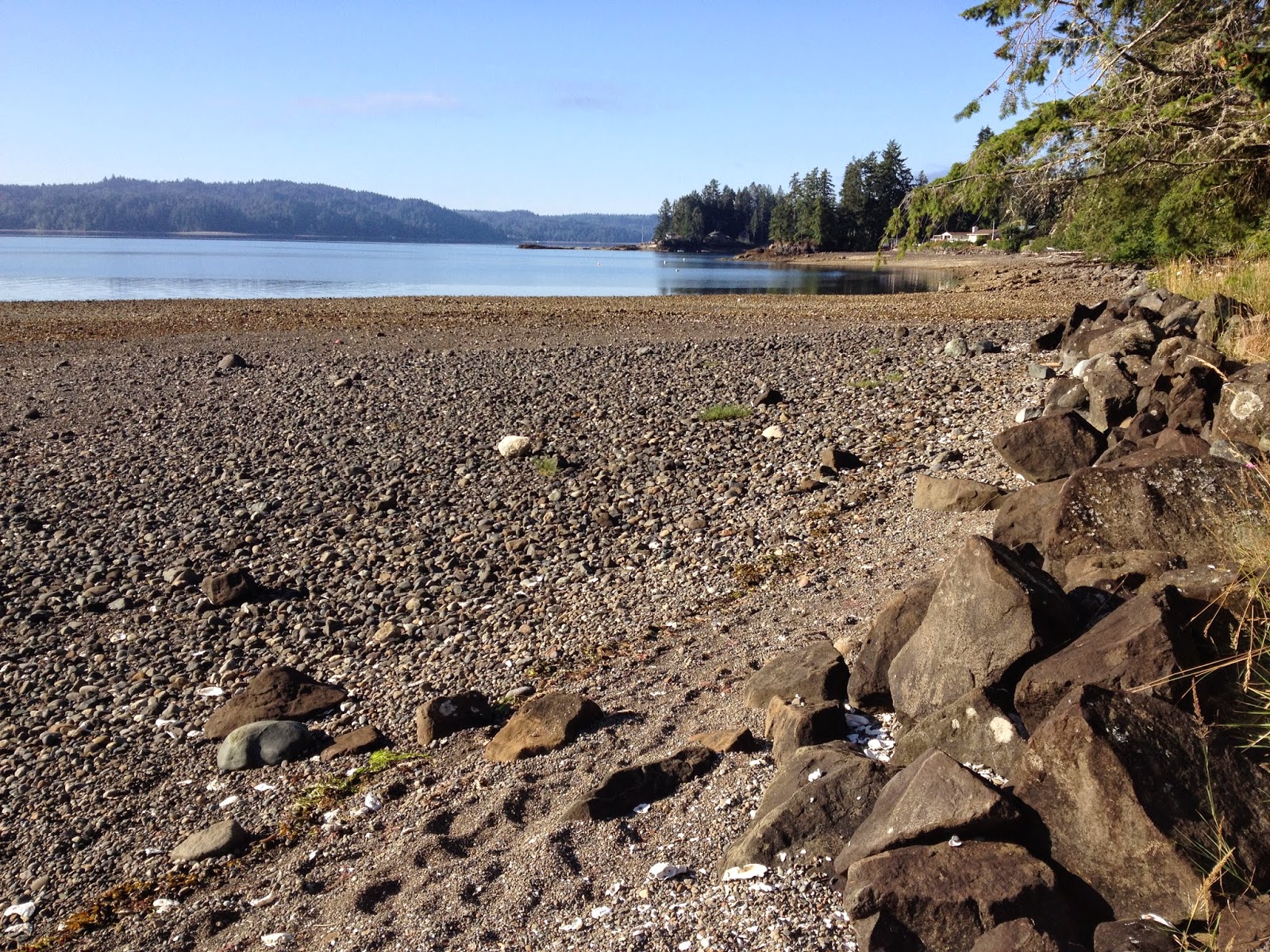 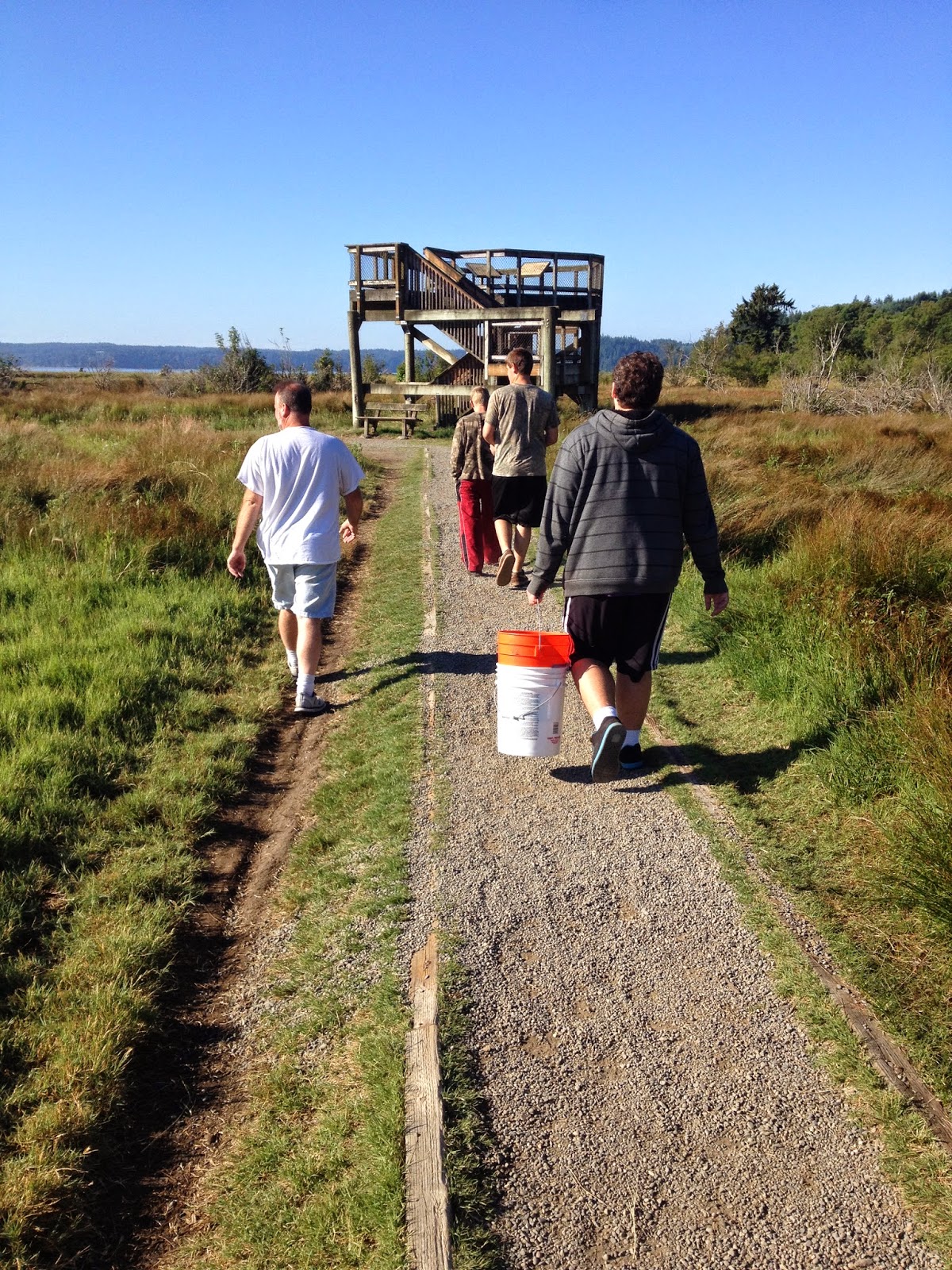 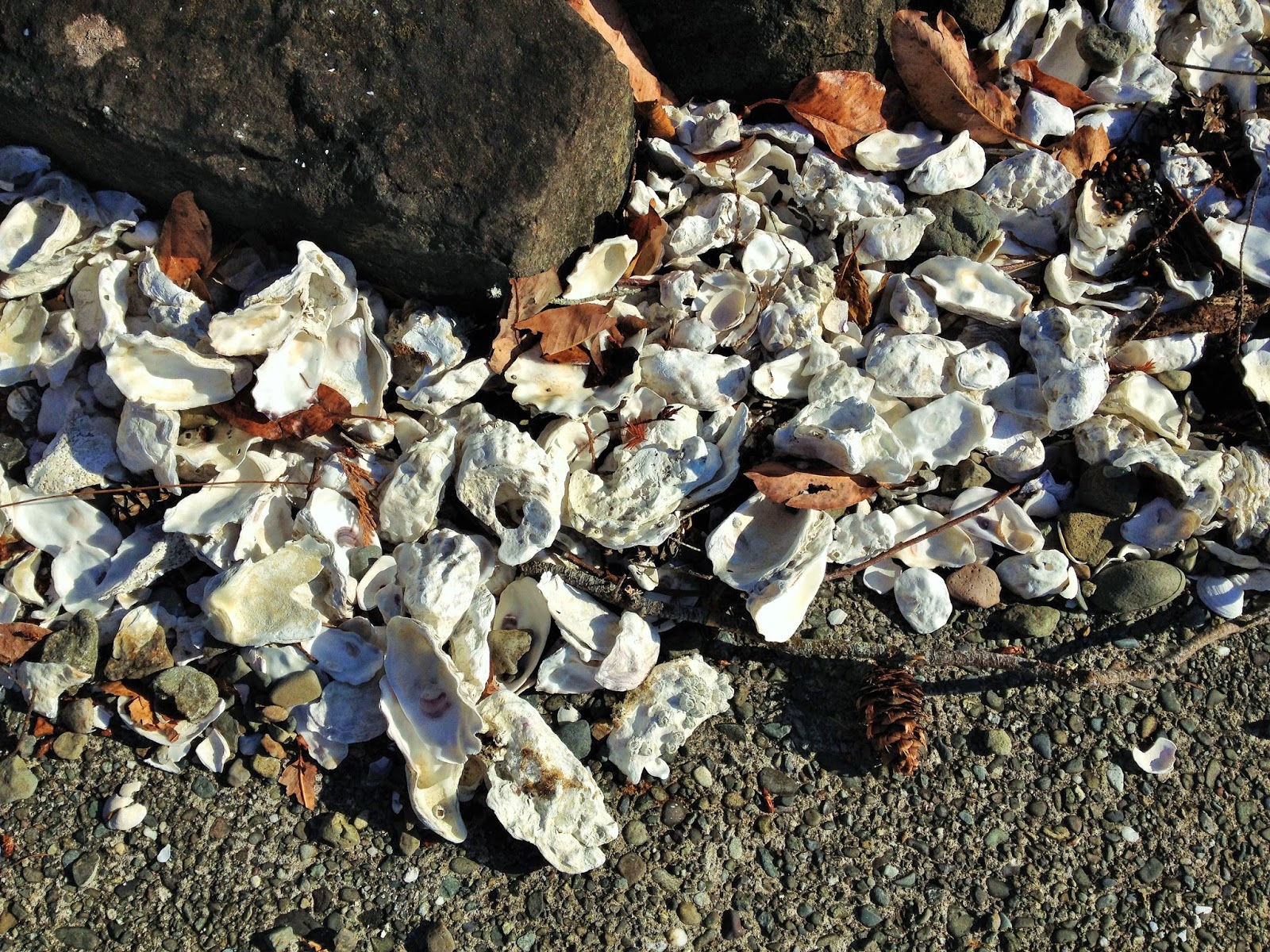 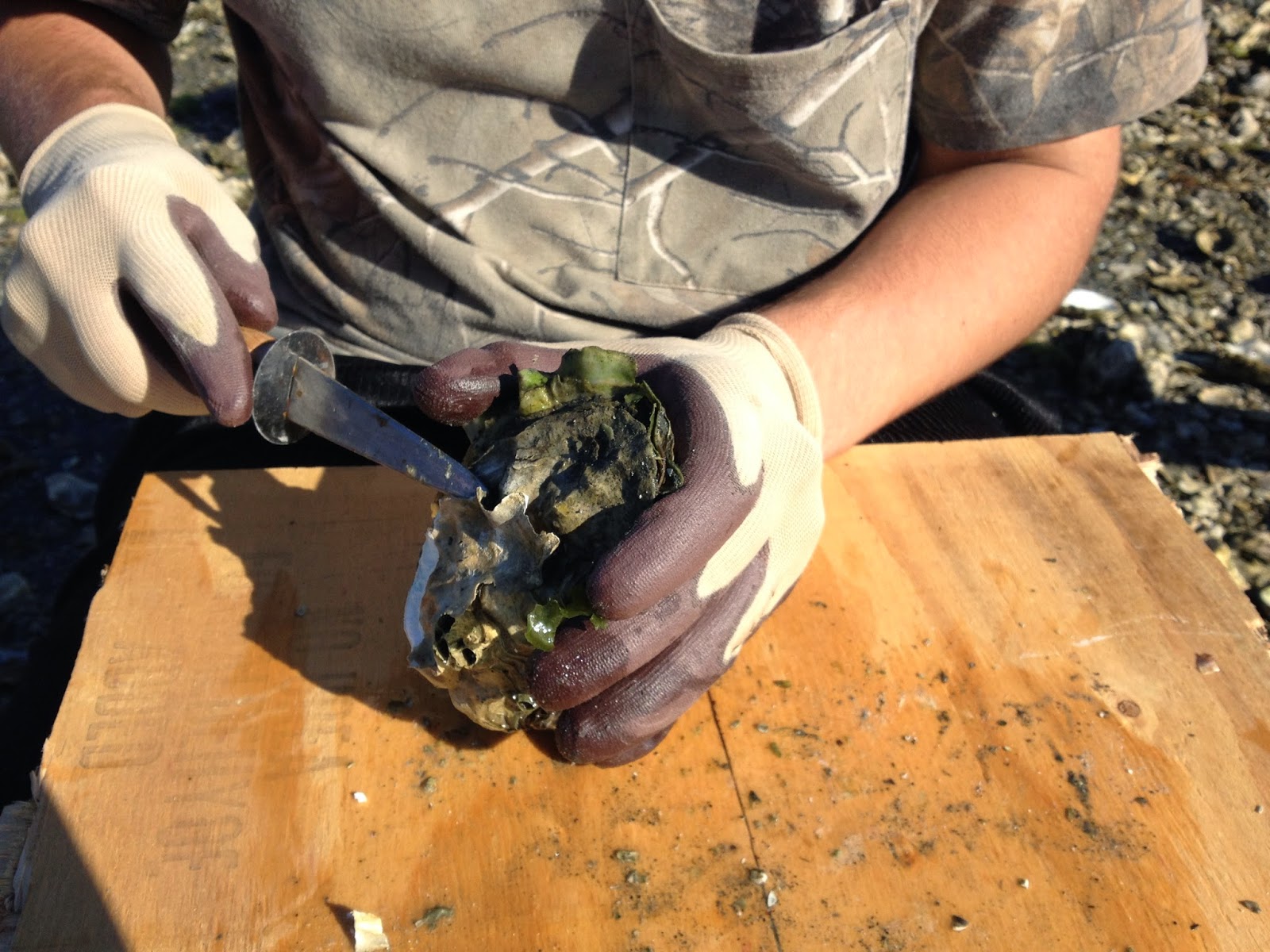 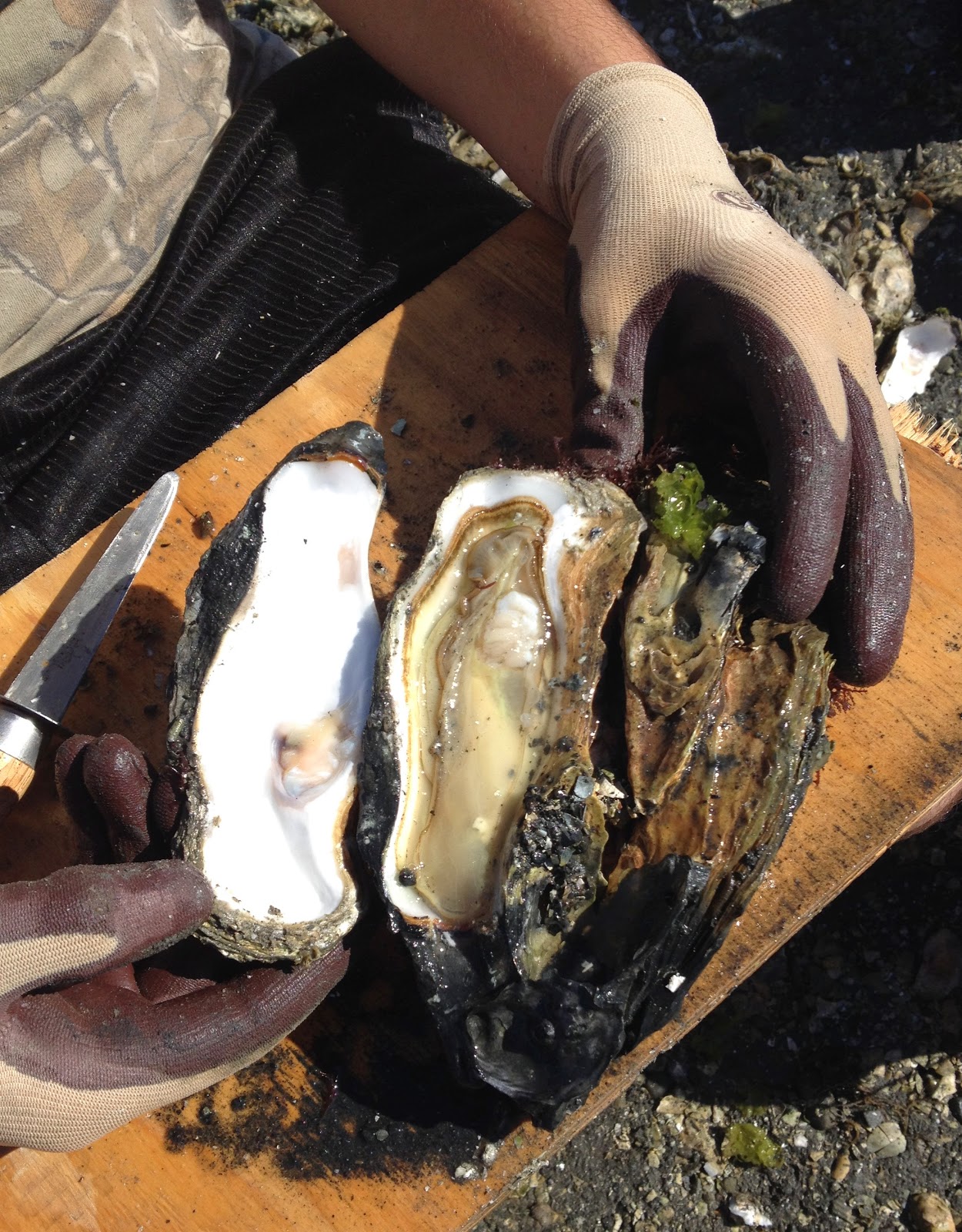 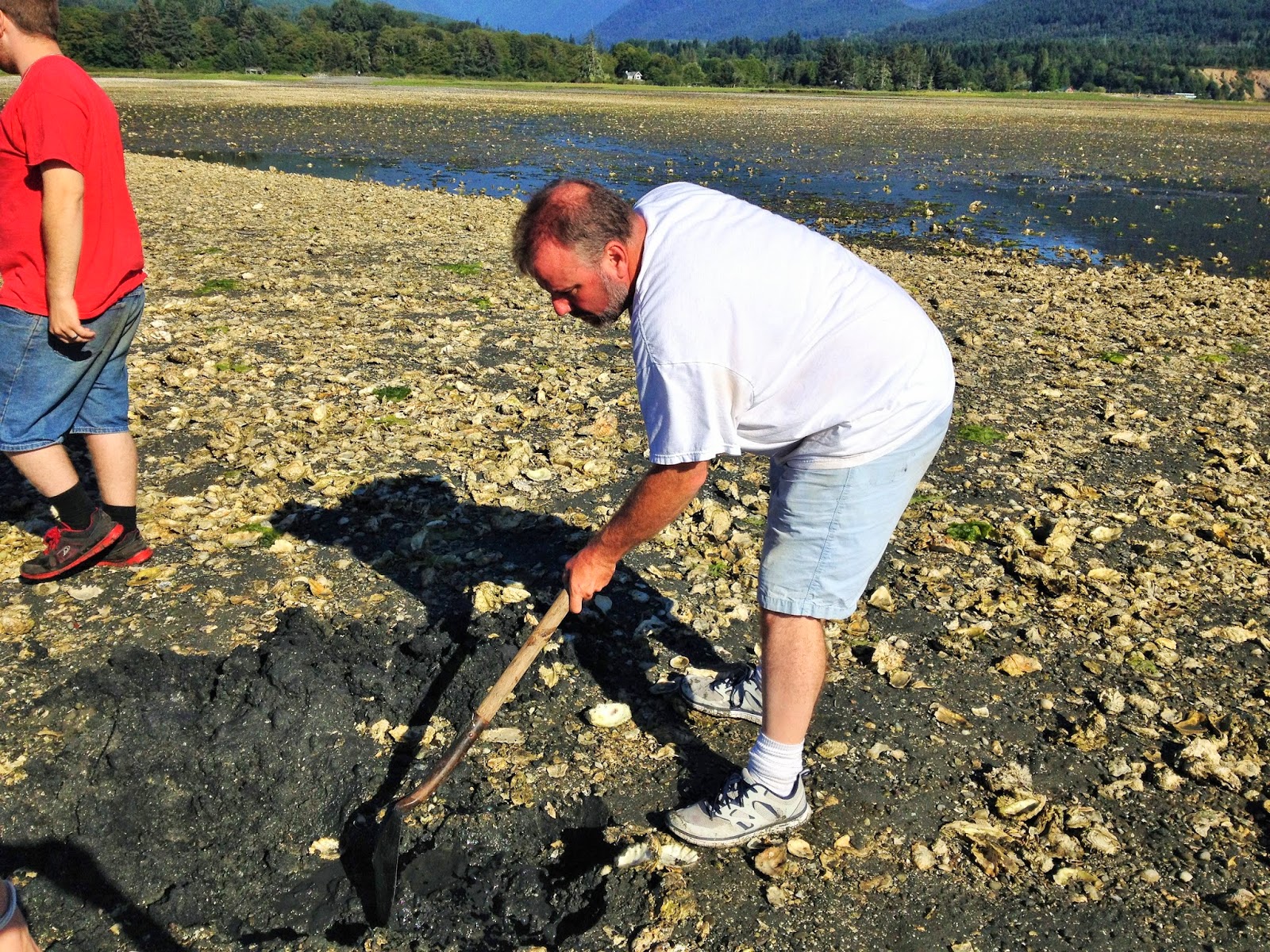 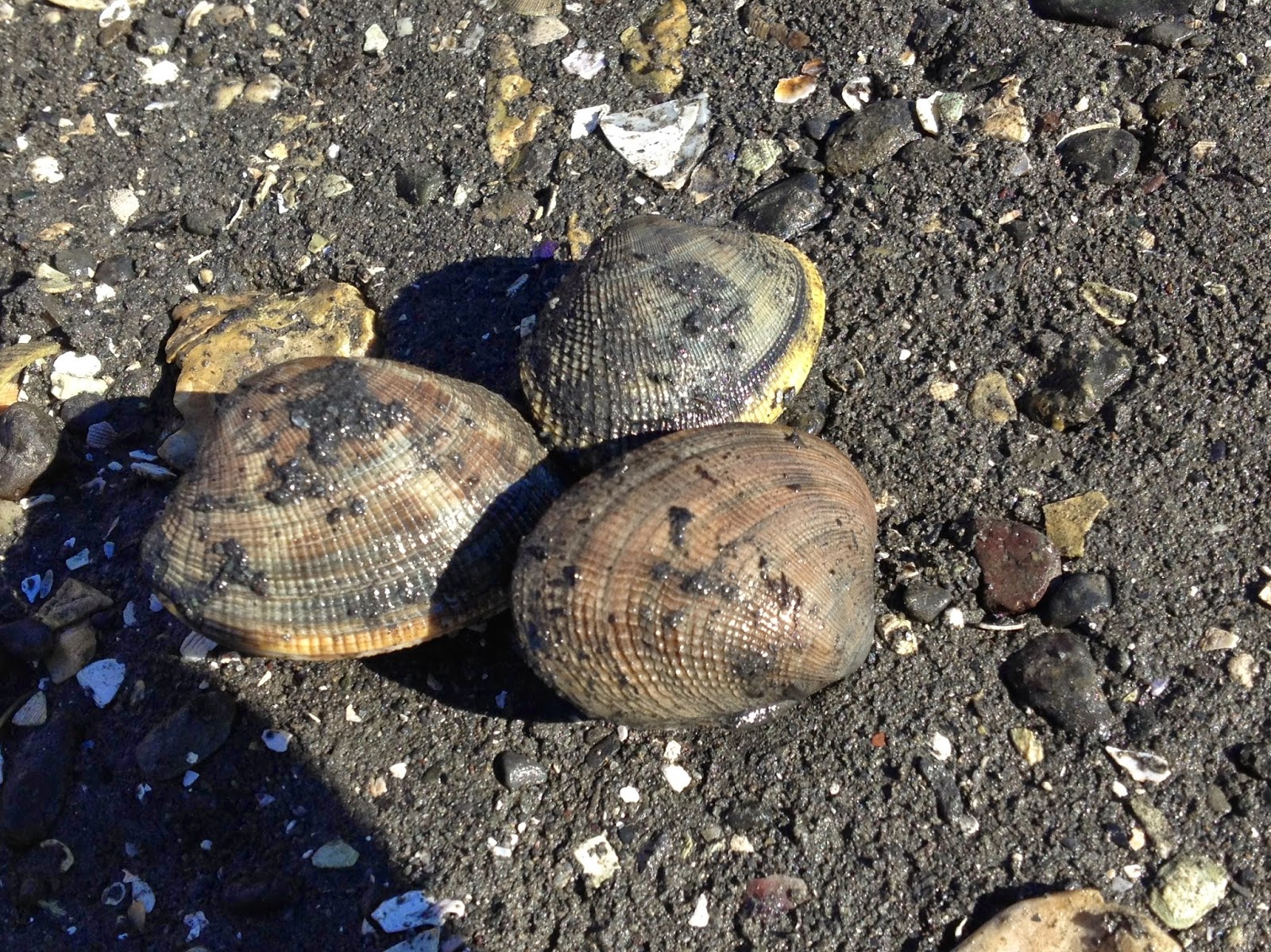 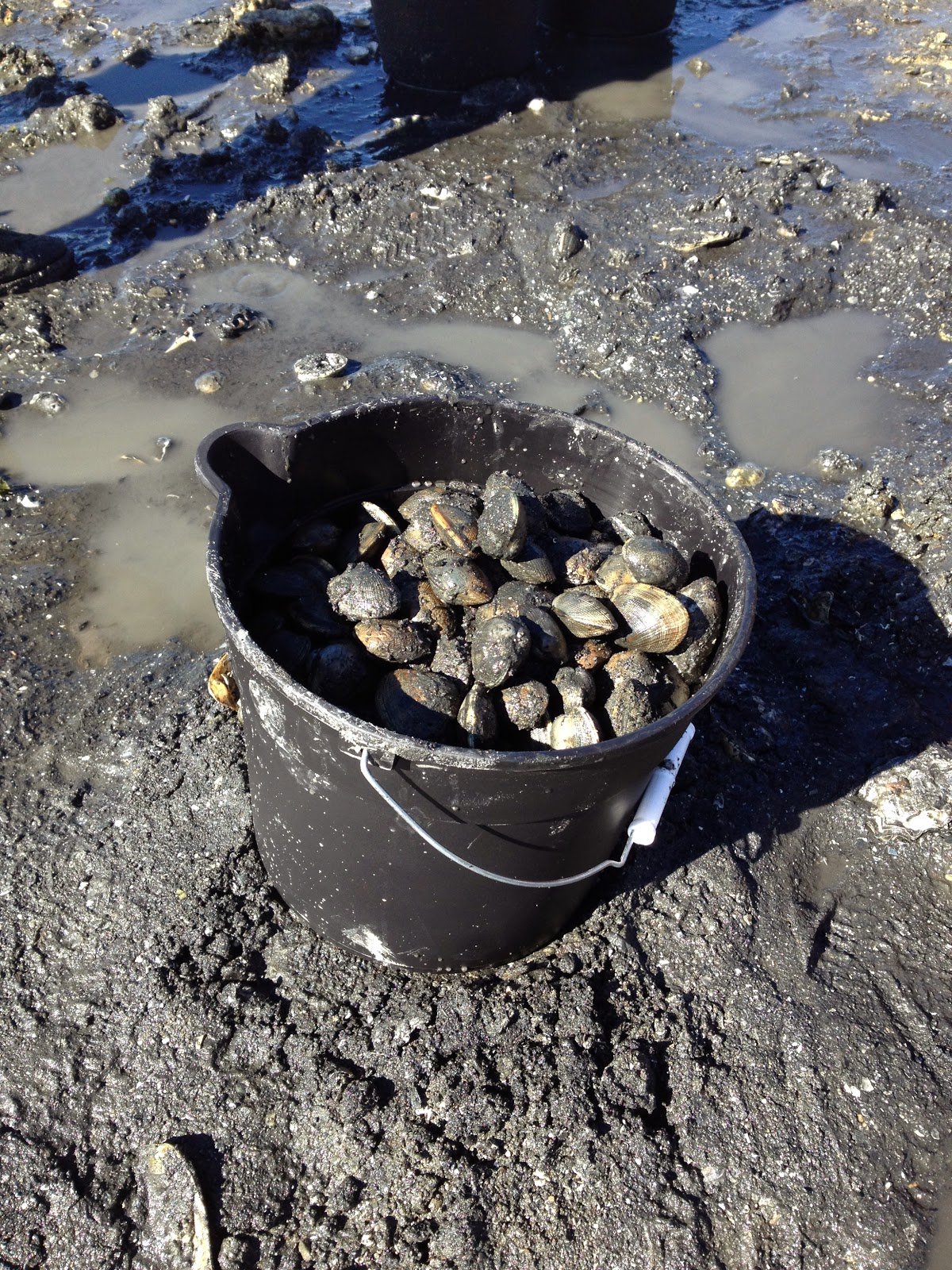 When we were heading back with our limits, we found a baby seal that decided not to wait for momma seal to come back at high tide, so it decided to swim and cry its way down to the deeper water.  Only problem was a bald eagle sat nearby looking at it like it was a nice snack.  I think if there weren't people watching, that baby probably wouldn't make it to the deeper water. 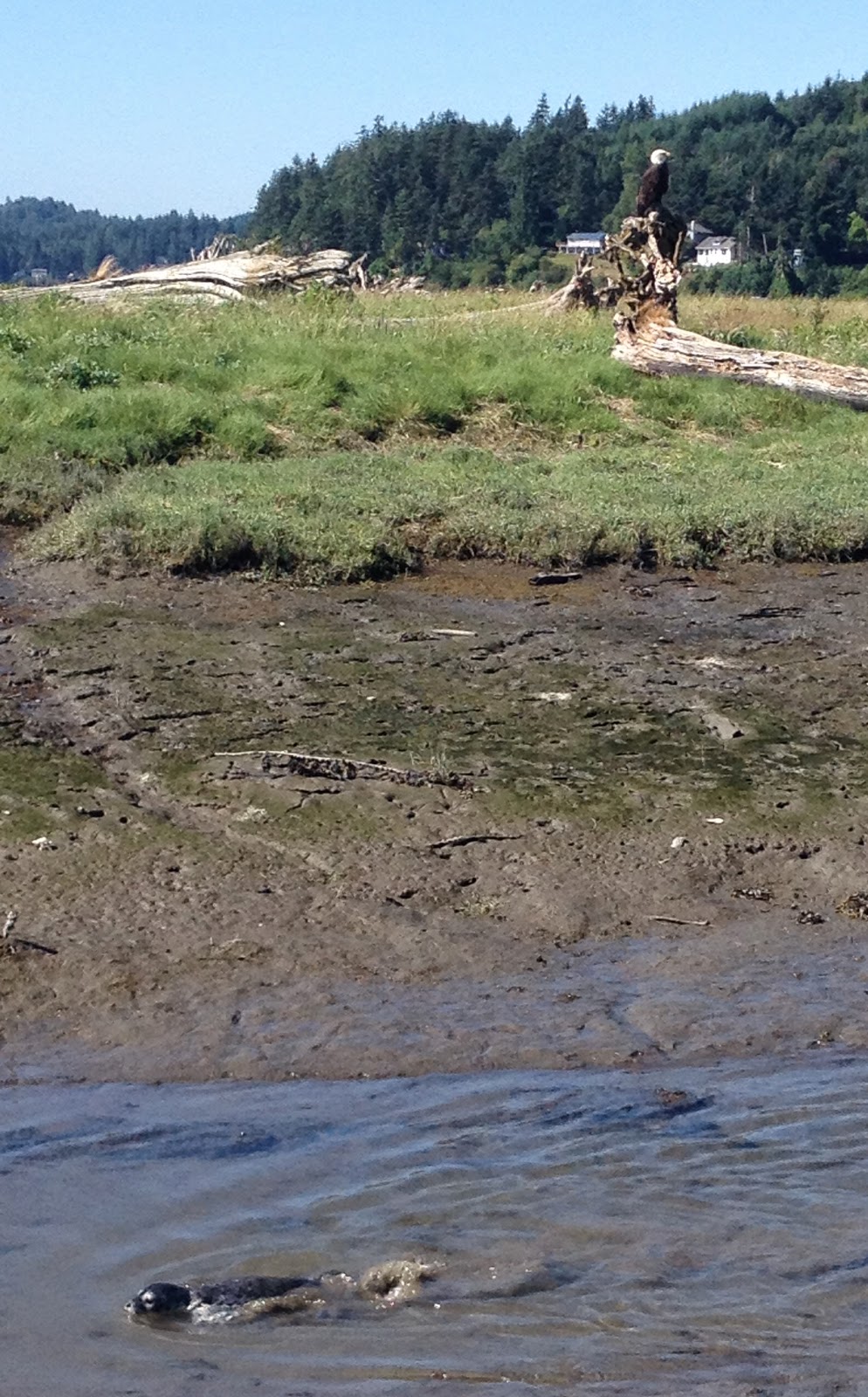 We had the best fireworks show put on by our group on the pier over the water.  It was fantastic!  It's about 25 seconds and REALLY COOL for amateurs.  Unfortunately the colors didn't really come through.
﻿