When you live in California where we do, it's not earthquakes that scare you, it's wildfires.  We live in the mountains with forests and wilderness all around us.  Being careless can be disastrous.  A whiff of smoke, especially when it's 100 outside and very dry, brings a little panic.  That's exactly what happened as we were just a day from leaving.  We had to return home to take care of some last minute details and were almost on our way back out.

Two days before we were to leave a vehicle had driven over some very dry vegetation which set off a fire.  It quickly spread to 4000 acres in a couple of days.  The sky was darkening and ash had been falling like snow.


It was about 20 miles south of us but once it burned to less than 10 miles and was heading our way, it made us very nervous.  The winds changed directions and we could see it burning over the ridge. They were doing evacuations, but not in our area.  We have the house empty and the trailer packed as we've been fulltime for 2 weeks, but the ranch is not sold yet and we hate to leave with a wildfire growing and only 20% containment.  One of our sons is staying to keep an eye on the place and another was there for the weekend.  They know to listen to the fire reports and to head to the grandparents if they need to.  Plus my brother lives at the other end of the road so they have support if they need it.  We stayed until late that afternoon, but it was difficult to go.

-- I had a really cool video from someone in the area of a DC10 dropping fire retardant flying right overhead, but no matter what I tried, I could not upload it, sorry. --

As of this writing, July 30th, it is expected to be fully contained soon and some of our friends that were evacuated have been allowed to return.  Thankfully only some homes and outbuildings were destroyed and no lives were lost as far as I know.  We are a large agricultural county and there are many small and large ranches that had to have livestock that have had to be evacuated too.  So touching to see how your community comes together to help each other out during times like this.  Now we can exhale and enjoy the coming days!

It was nice to be out of the smoke and on our way.  During this 45 minute drive I received 2 calls saying, "Hey, I think we just passed you!"  How funny.  There is a short tunnel that goes around Lake Tahoe called Cave Rock.  We weren't sure of the height so we stopped at the Zephyr Lake campground to ask.  Not a problem, the truckers use it.  So we are on our way to Salt Lake City to do some genealogy. 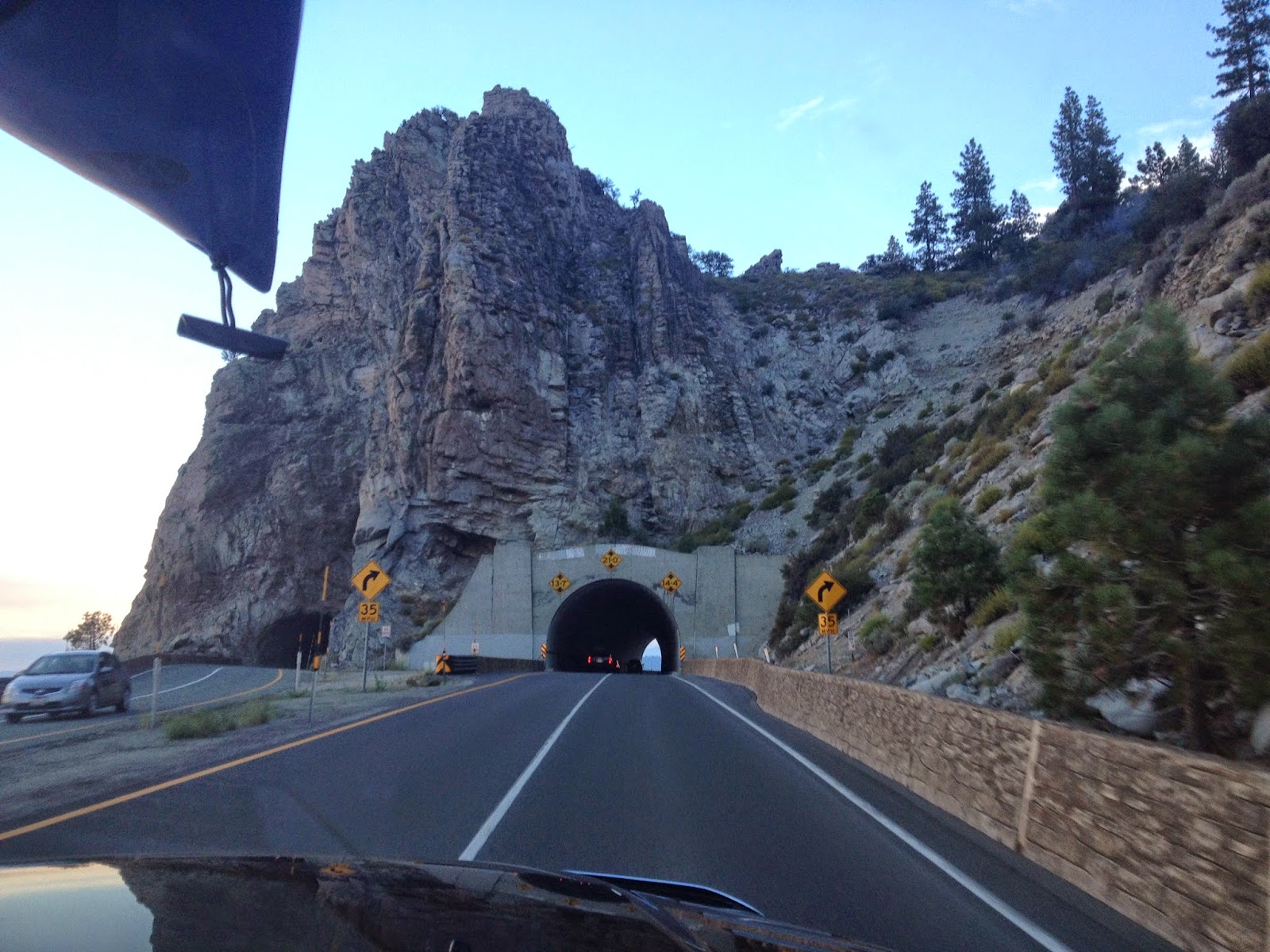 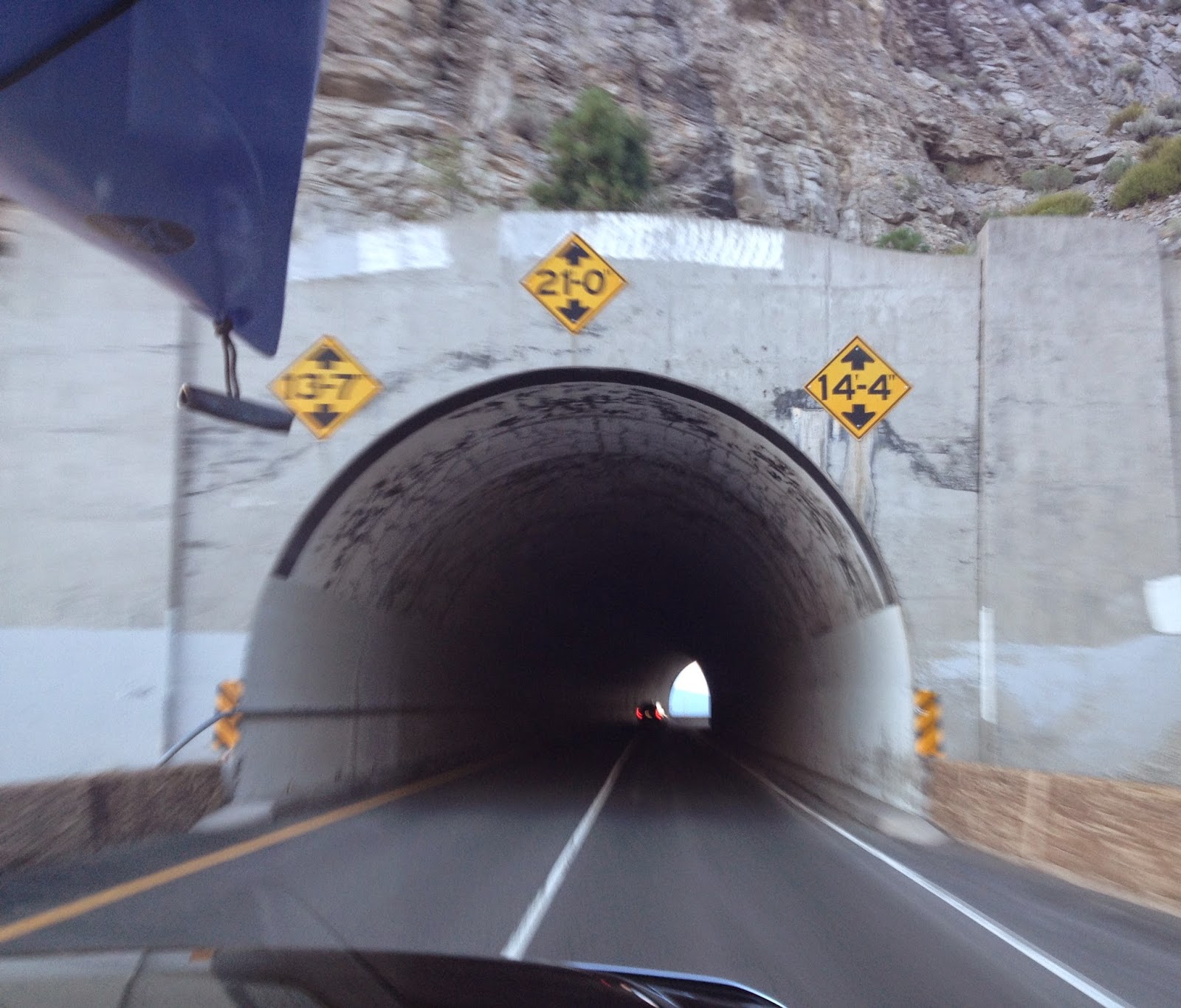