Acres and Acres of CORN - Did you Know...

Everywhere, USA
Well, just about everywhere.  We noticed for the past month while we were in Indiana and Illinois that you see cornfields everywhere.  LOTS of cornfields. It got me thinking about all things corn and I did a little research.
So this post is all about the corn. 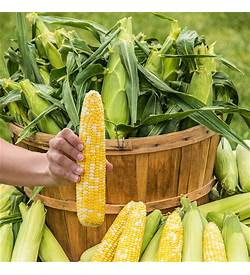 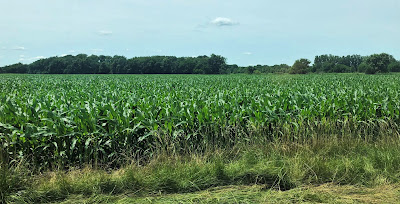 The word “corn” is an English word used to describe a type of grain. “Maize” is an indigenous Taino word meaning “sacred mother,” or “giver of life.”
Corn was first domesticated by the native people of Mexico about 10,000 years ago.
The total production of corn in the world surpasses that of wheat or rice. In addition to being consumed directly by humans, maize is also used for corn ethanol, animal feed and other maize products, such as corn starch and corn syrup.
It was a common peasant food in Southwestern Europe, including Portugal, Spain, southern France, and Italy. By the 18th century, it was the chief food of the southern French and Italian peasantry, especially in the form of polenta in Italy.
Corn is the most widely grown grain crop throughout the Americas, with 361 million metric tons.
The US is by far the largest producer and exporter, averaging about half of the global maize trade.

The three states that produce the most corn in the United States are: 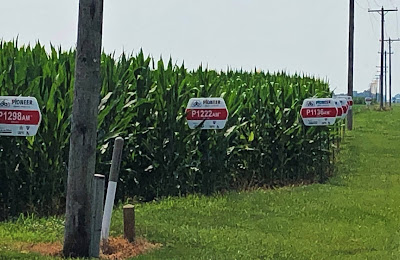 Types of Corn
The seven major types of corn are popcorn, pod corn, dent corn, flint corn, sweet corn, waxy corn and flour corn.
Popcorn
Fossil evidence from Peru suggests that corn was popped as early as 4700 BC.  Corn used for popcorn production is specifically planted for this purpose.  Most is grown in Nebraska and tops the country with growing 25% of all corn produced in the USA.
Pod Corn
Pod corn forms leaves around each kernel.  It is not grown commercially and has religious significance to Native Americans.

Dent Corn
Its name comes from the small indentation, or "dent", at the crown of each kernel.  It is a fast-growing corn.  Most of the corn grown in the United States today is yellow dent corn or a closely related variety derived from it. Dent corn is the variety used in food manufacturing as the base ingredient for cornmeal flour, corn chips, tortillas, and taco shells. Starch derived from this high-starch content variety is turned into plastics, as well as fructose which is used as a sweetener (high-fructose corn syrup) in many processed foods and soft drinks.  It's also used in animal feed. Let’s not forget our favorite distilled spirits and beer! 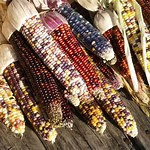 Flint Corn
This is the colorful, ornamental corn and sometimes used in making hominy.

Sweet Corn
Sweet corn stores poorly and must be eaten fresh, canned, or frozen, before the kernels become tough and starchy.
Waxy Corn
This is used mostly for food products and animal feeds.
Flour Corn
This variety is widely grown in the drier parts of the United States and used in corn flour. 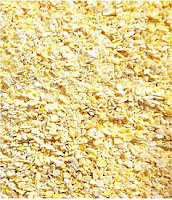 Sugar-rich varieties called sweet corn are usually grown for human consumption as kernels, while field corn varieties are used for animal feed, various corn-based human food uses (including grinding into cornmeal or masa, pressing into corn oil, and fermentation and distillation into alcoholic beverages like bourbon whiskey), and as chemical feedstocks. Maize is also used in making ethanol and other biofuels.

Uses of Corn
40% used to for biofuels/ethanol, which serves as a renewable fuel additive to gasoline.
30% is used for animal feed.
20% is exported.
10% is actually used for human consumption.
You see these grain silos everywhere!  Each small town seems to have one.  The surrounding farms will store their grains here in co-op style. They are usually right along the railways for easy transporting. 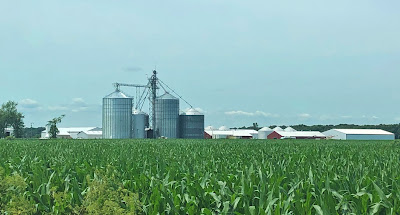 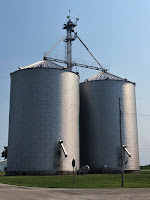 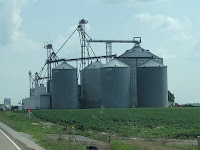 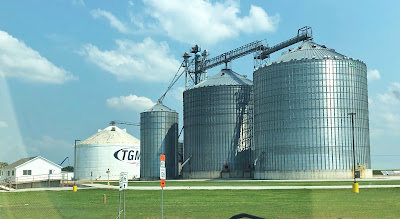 Lesser Known Uses
It may surprise you that the majority of corn grown these days does not go to food production. It is used to make ethanol gas, batteries, plastics, crayons, whiskey, glue, and cough drops.Corn Starch can be found in hygiene products, matchsticks, and many medications and vitamins. It is used as a thickening agent in liquids and substituted for talc in powders. What is corn used for in medications? Often, the vegetable is used in the form of cornstarch to bind medication and helps pills hold their form. It also helps tablets disintegrate after they are ingested. Finally, corn is rich in vitamin C. Many vitamin C supplements are made from corn.
Interesting Corn Facts
- An ear commonly holds 800 kernels in 16 rows.
- Corn is produced on every continent except Antarctica.
- Corn is made up of about 62% starch, 3.8% oil, 15% moisture, and 19.2% protein and fiber.
- It takes 91 gallons of water to produce one pound of corn.
- One acre of corn eliminates 8 tons of carbon dioxide from the air.

- The world record for corn eating is 33 and a half ears in 12 minutes.

- Fresh corn on the cob will lose approximately 40% of its sugar in only 6 hours at room temperature storage.
- The Largest Corn Maze was 60 acres in Dixon CA. 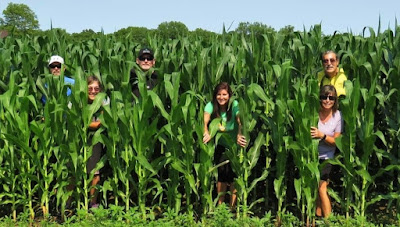 Children of the Corn? (Thanks Dave of The Wandering Camels for the picture!)
Curt, Faye, Steve, Debbie, Glenda & Dave
Movies with Cornfields
Signs
Children of the Corn
Twister
Field of Dreams
Blind Fury
Interstellar
Planet of the Apes
Wizard of Oz
Night of the Scarecrow

Corny Jokes
Q: Why didn't anyone laugh at the gardener's jokes?    A: Because they were too corny!
Q: How did the tomato court the corn?   A: He whispered sweet nothings into her ear.
Q: What did the corn say when he got complimented?    A: Aww, shucks