We thought when we arrived at Kartchner that it would be as green as the rest of Arizona so far.  But that was not the case.  Last time we were there in April, so things were leafed out and green.  Not this time.  So desolate looking.  It was also incredibly windy and rainy half of the week.
Besides my brother, Steve and his wife Diane, our friends from Placerville, John and Tina have also hit the road fulltime and we will spend the week here with them too.  Tina was away for business so the rest of us hit the trail while we had a sunny day. 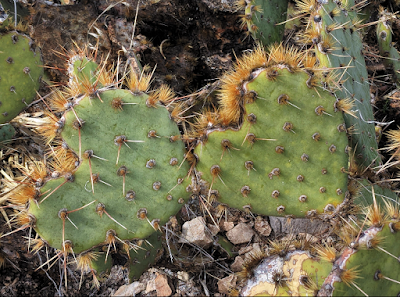 It was Valentines Day and I thought it was pretty neat when I spotted this double heart cactus. 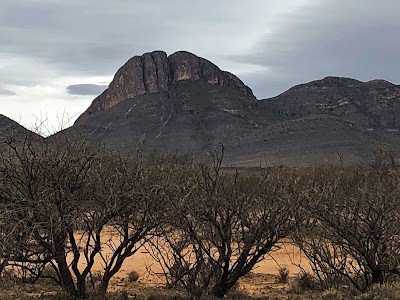 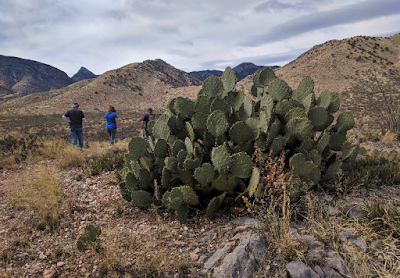 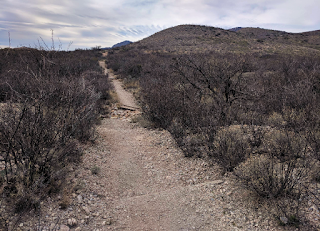 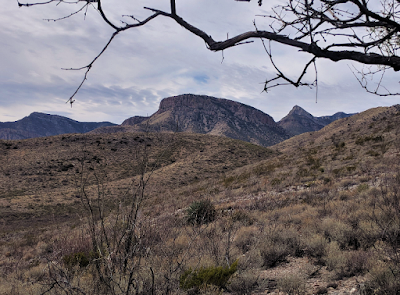 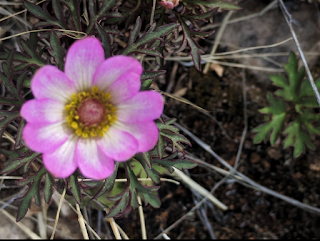 Just a couple of flowers were blooming. 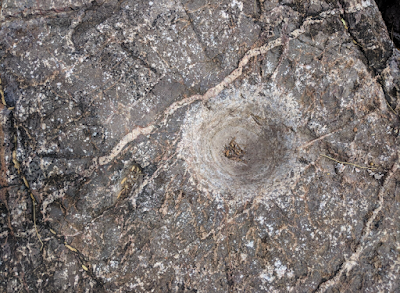 A Grinding Rock from the ancient Hohokam tribe. 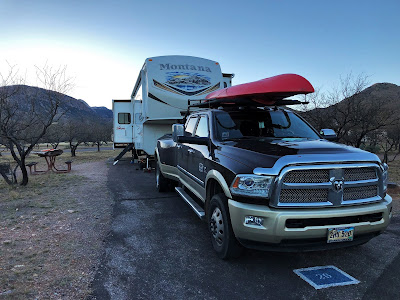 Our site #26 with electric and water.  We had heard that cell reception was better but we did not find that the case.  Both Steve and Diane had difficulty with data. 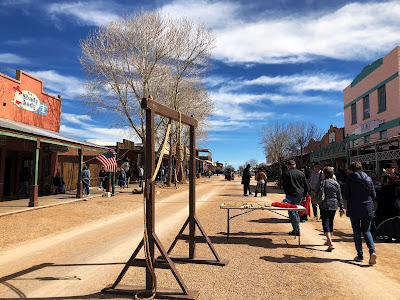 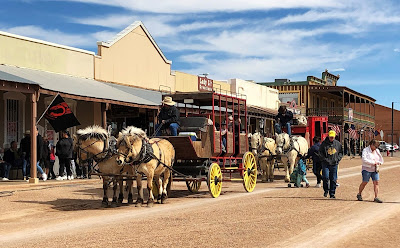 We brought Steve and Diane to see Tombstone.  It was still pretty cold so we walked around a bit, had lunch and watched a shootout.  It's nice to visit once, but it's pretty touristy. 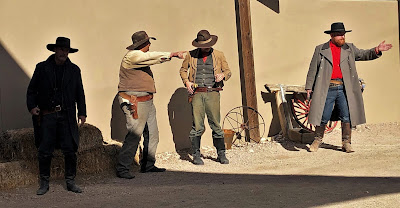 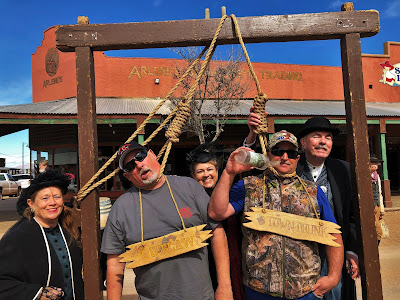 The Outlaw and the Town Drunk being hung. 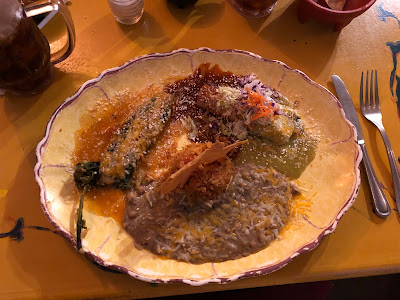 We heard from the locals that Mia Casa had some of the best Mexican food, so we headed over.  There was a bit of a line but it moved pretty quickly and we had some delicious food.  They did not serve alcohol and we all were in the mood for a margarita so we walked down the street for a drink. 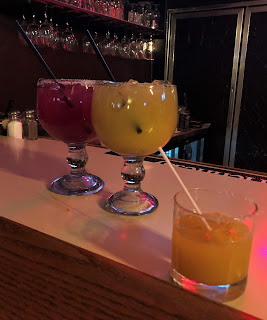 The weather warmed up once more before very cold temps so Tina and my brother and I went out to hike the 5+mile Guindani Loop. 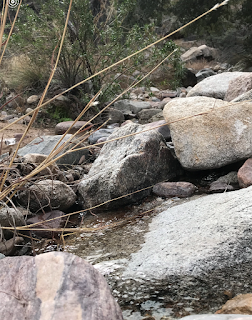 Since there had been so much rain, the creek was flowing pretty good. 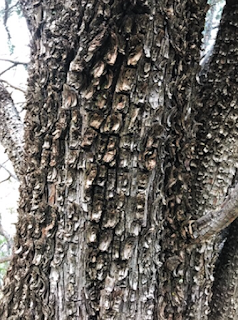 This is the bark of the Alligator Juniper.  The pattern looks just like scales of an alligator. This is a nice trail that follows the creek up along the wash before heading uphill and around the mountain. 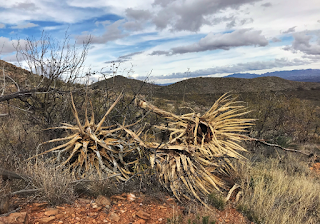 These dead Yucca's looked like giant Sunflowers from a distance.  Not so much up close. 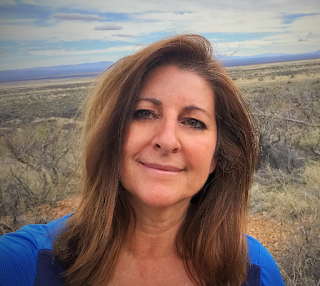 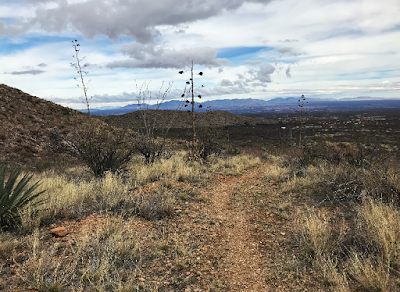 Finally coming down around the backside.  Those tiny white dots in the distance is the campground. 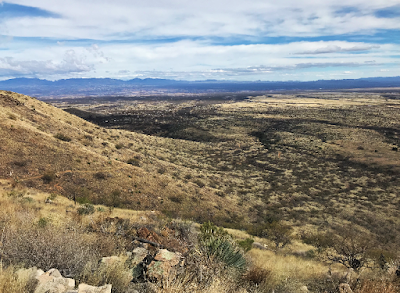 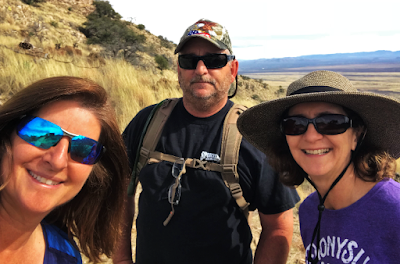 Me, Steve and Tina, glad to be back down.
The next day the cold, rain and wind hit.  We chose to spend it doing the second tour of Kartchner Caverns.  We all enjoyed the Rotunda/Throne room the best.  We had toured the Big Room earlier this week.  We've done them both before but it was nice to visit again.  We have one more day left to visit Bisbee and Whitewater Draw to see all the Sandhill Cranes that are migrating.
Posted by DebbieM