Ah, great weather ahead so we looked forward to getting the kayak on the lake and doing a little fishing. 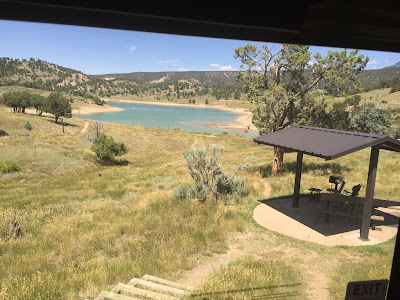 This state park had some very nice spots and we got one of the best with a water view.  The lake level was pretty low so we put the kayak in at the marina instead of walking it down.  We had an electric site for $24.  No water hookups which we found strange.  They did have some central water spigots and a dump station.  There were several loops and campgrounds within the park.  We had one of the rare campground loops that had good cell at Dakota Terraces, C Loop.  We were in site #64. 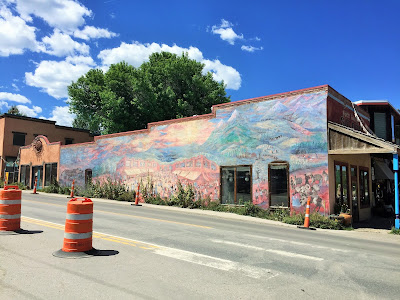 There was an Arts Festival going on in the town of Ridgway so we spent the next day strolling through the small town.  Ridgway was founded in 1890 as the headquarters of the famous Rio Grande Southern narrow gauge railroad serving the area’s rich silver and gold mines, ranches and farms.  The railroad isn't there anymore but they do have a nice railroad museum. 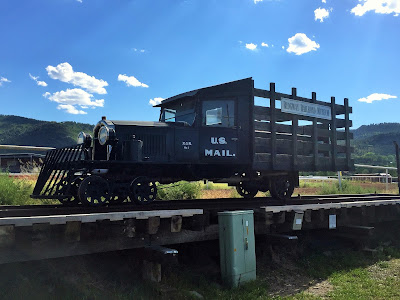 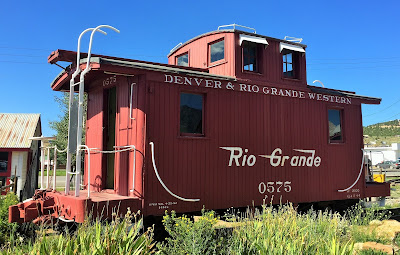 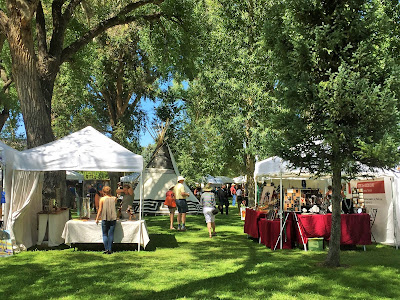 The festival was small, but had many different types of art and crafts.  They also had a really cute mini-railroad ride for the kiddies. 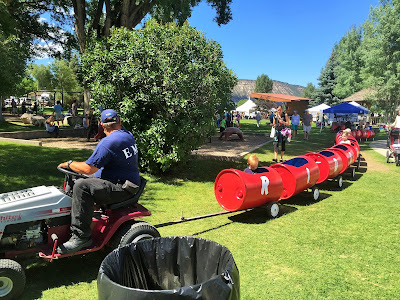 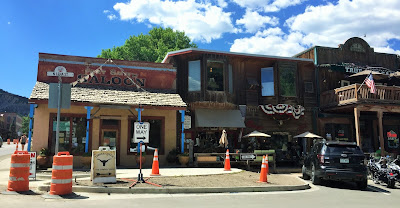 The buildings in front of the park were in many of the movies filmed here. 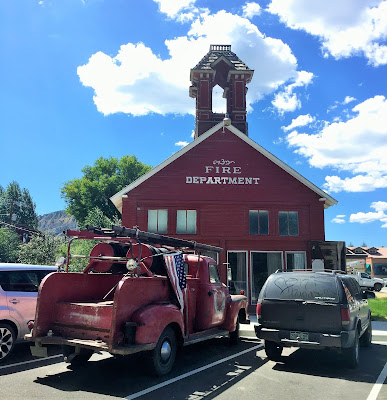 Ridgway and its local mountains and valleys have been a favorite setting for Hollywood’s classic westerns. Many film sites, buildings, props and additions can still be seen around town. Some of the movies filmed in the area were: “Tribute to a Bad Man” and “How the West Was Won”, where the old Railroad Depot was transformed into the “Independence Hotel”.  In 1968, Ridgway was turned into Fort Smith, Arkansas for the filming of “True Grit”, starring John Wayne, Glen Campbell, Kim Darby, Robert Duvall & Dennis Hopper. 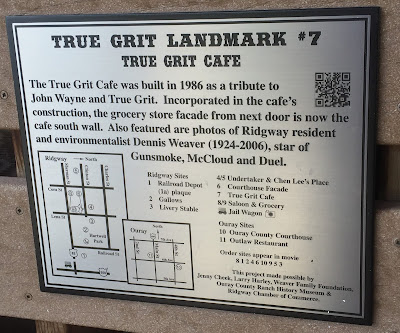 There are markers all around town telling you what was filmed and where. 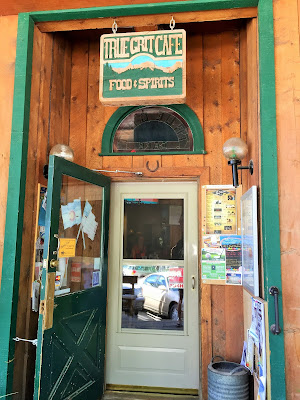 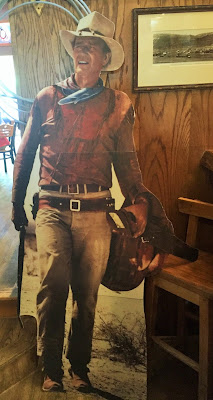 We had to eat at the True Grit of course!  There was John Wayne memorabilia everywhere inside. It was pretty good food too.  We went back a second time with fellow bloggers Mike and Kathie who happened to be camped there.  Theirs was one of the first blogs I read, Life Rebooted, as they headed out about the same time as we did. They have an adorable Black Lab named Opie. 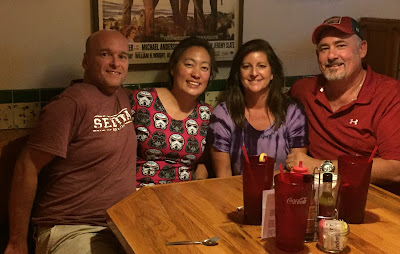 Mike, Kathie, Me and Steve 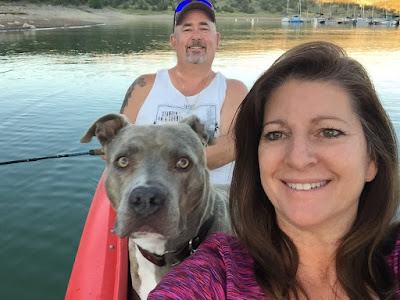 The winds died down later that week and we did get out on the lake for a little fishing.  Nothing biting but it was a great time anyway. 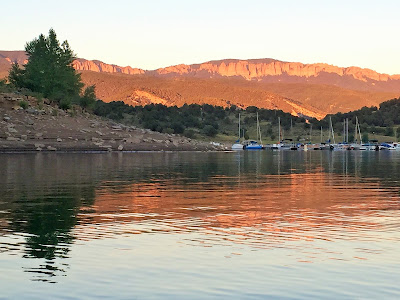 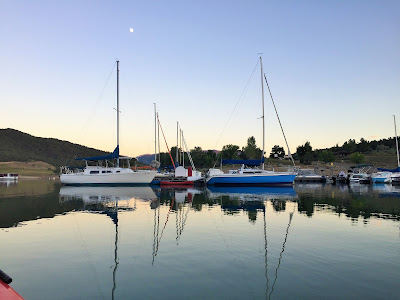 It was a nice paddle as the sun began to set. 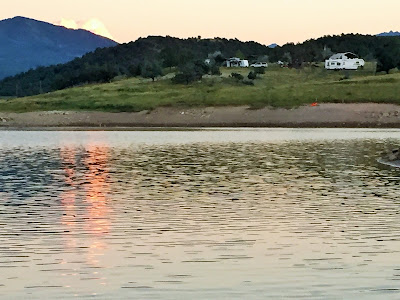 A nice surprise while we were out geocaching was the Dennis Weaver Memorial Park.  I read about it in previous weeks but forgot about it until we were in search of a cache hidden at the park. 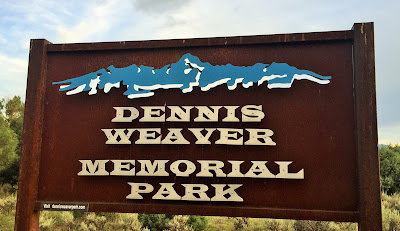 From their website:
The park is a reflection and relaxation dedicated to the memory and vision of actor/ environmentalist Dennis Weaver.  This 60-acre public park is a permanent wildlife preserve along the lush Uncompahgre River corridor and is at the entrance to Dennis Weaver’s eco-friendly RiverSage Subdivision surrounded by 130 acres of open green space including the park. Within the park are miles of winding hiking and biking trails with spectacular mountain and river vistas. 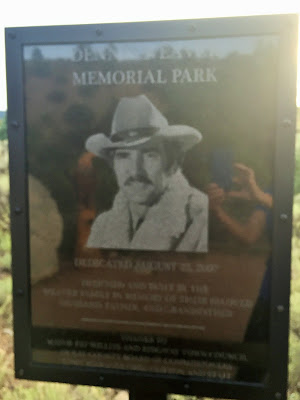 There are nice walking paths along the river with plaques about Mr. Weaver, some very nice poems, an eagle carving and a huge eagle statue in the center. 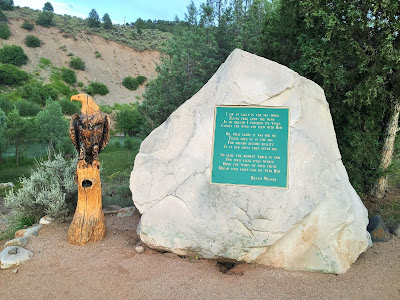 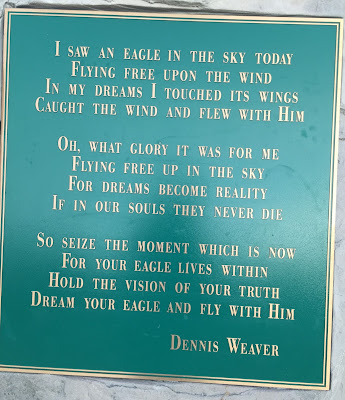 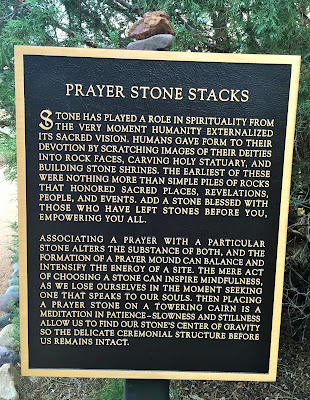 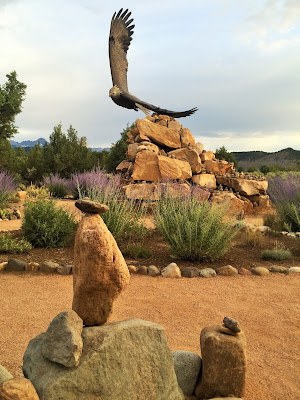 You are encouraged to stack some rocks along the statue. 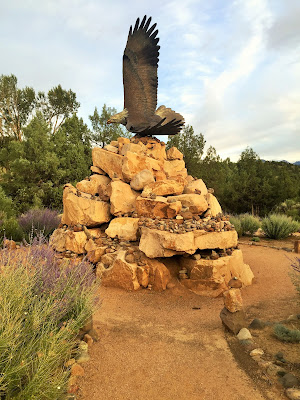 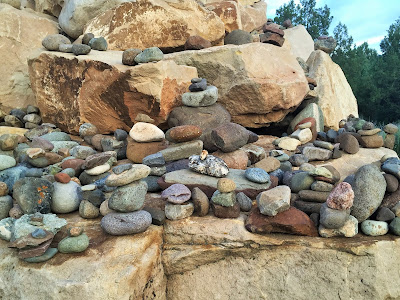 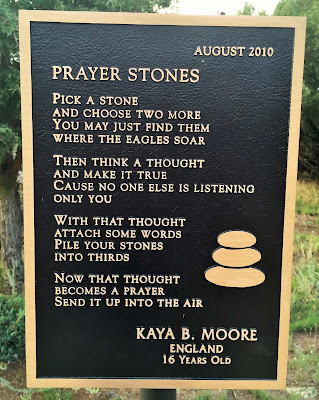 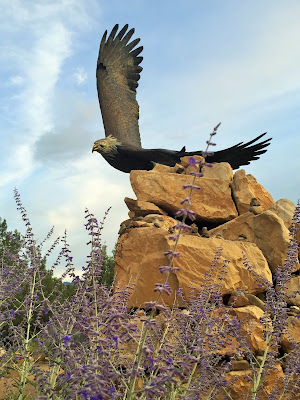 On the way back into the campground we passed a Momma deer and her twins. 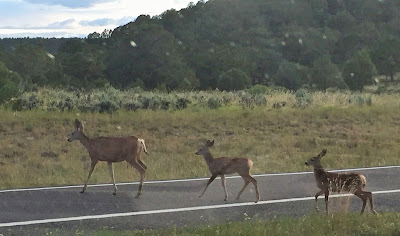 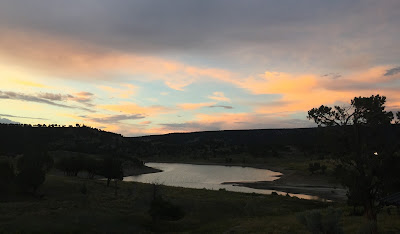