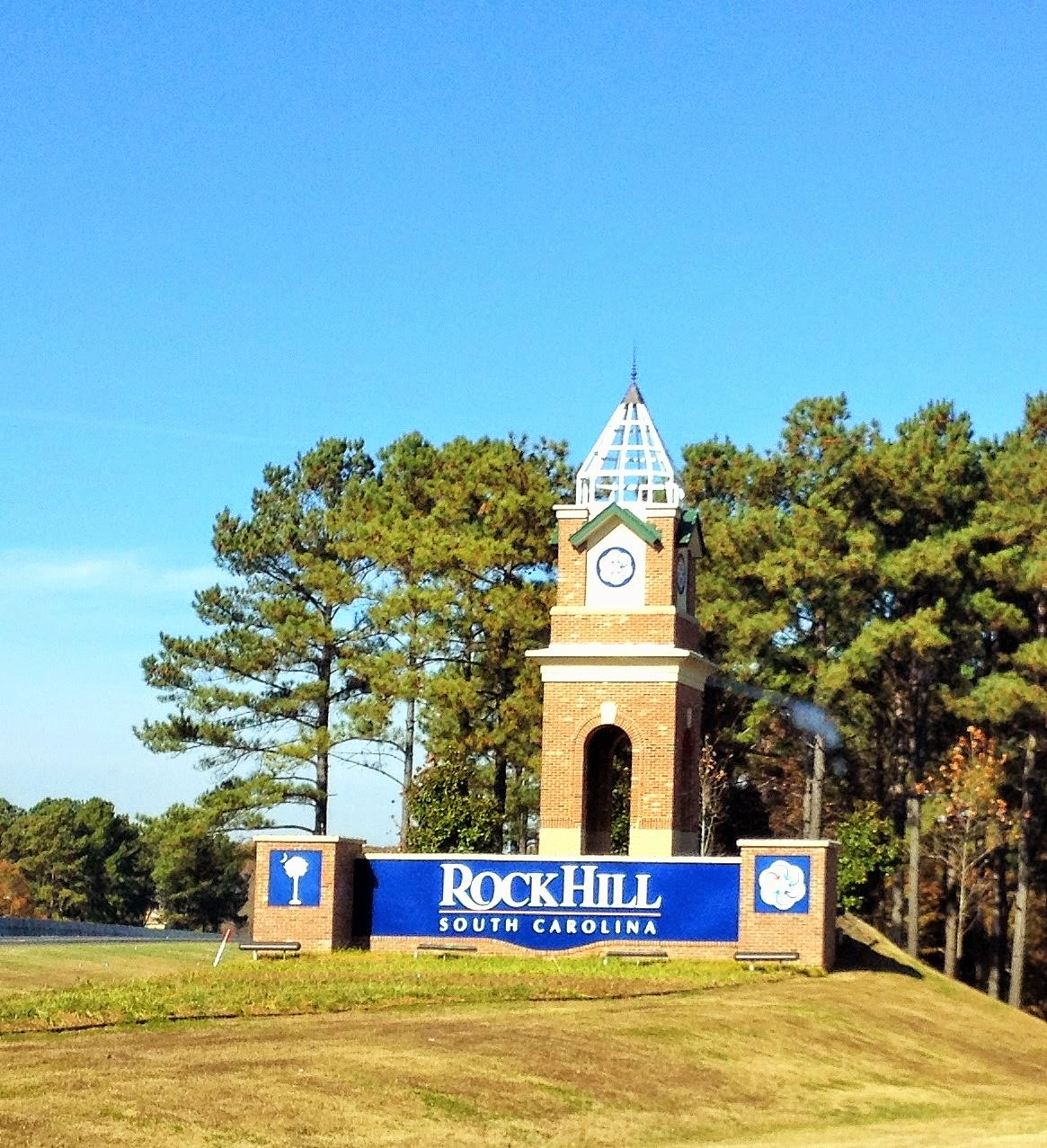 We arrived in South Carolina to cool temps, nice sunshine AND our RV friends, Lee & Trace!  What more could you want?  Since we were headed down to Charleston, we decided to spend a few days here so we could meet up again with Lee & Trace.  They are finally out of the cold NE and on their way to Florida too.  It was short, but what fun we had! 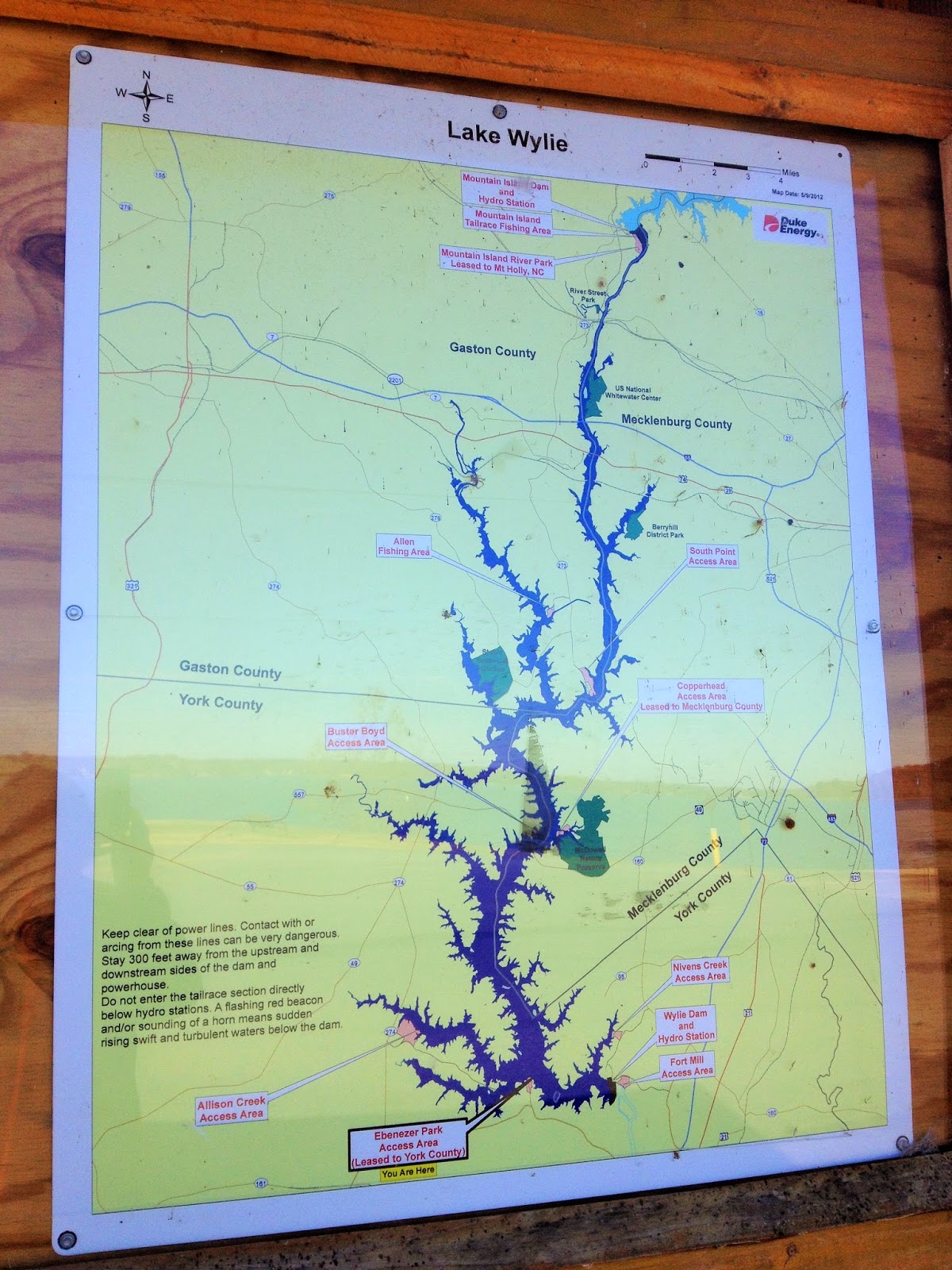 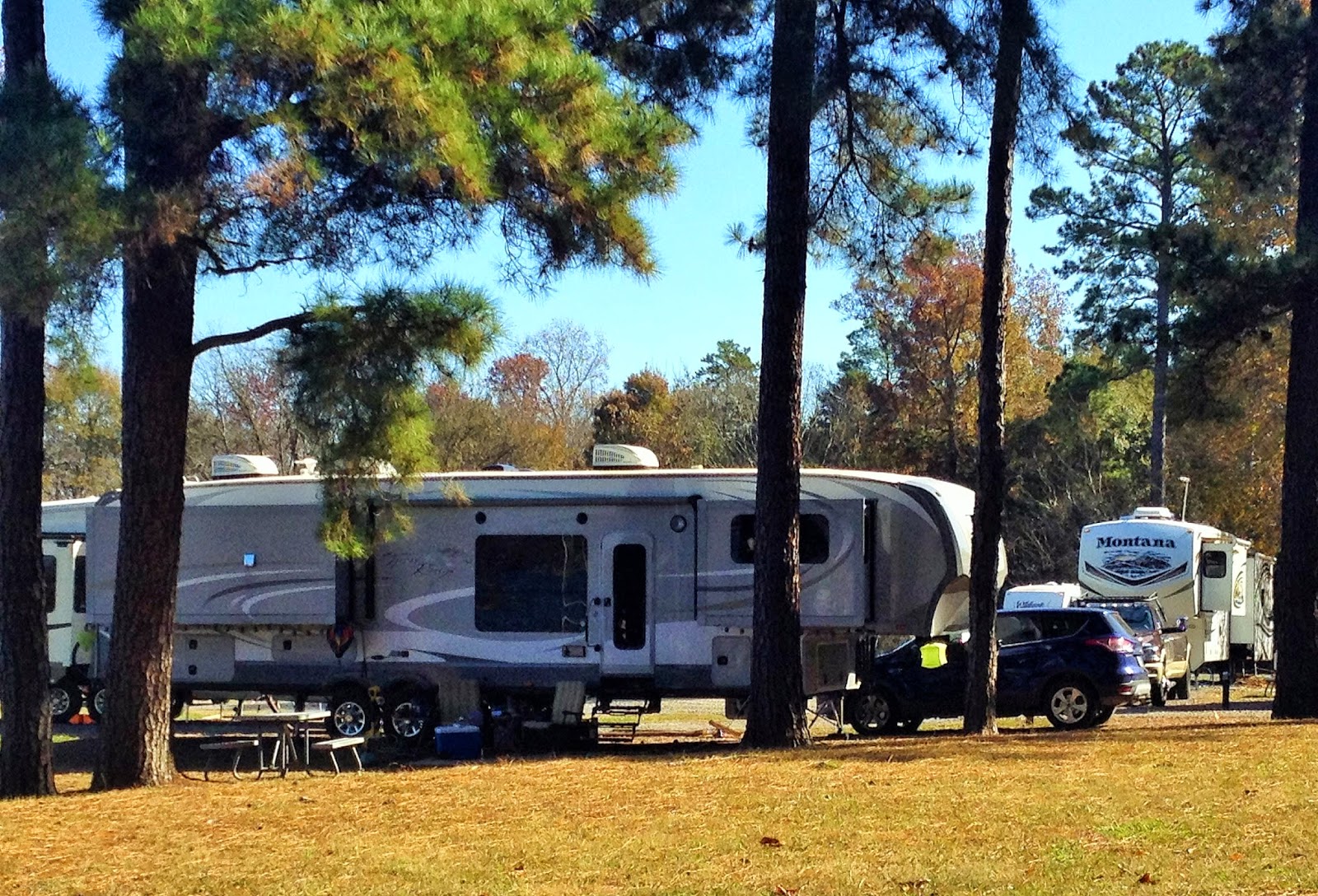 The trailer is Lee & Trace's.  Ours is in the background to the right.  It was nice to be in
the sunshine after being in the thick trees previously.
The campground is small and quite nice.  It is on Lake Wylie.  There are shady sites and open sites.  Nice shelters, a boat ramp/dock and small beach.  If you like to fish or kayak, this would be a wonderful place.  It is just outside of the town of Rock Hill which is a very nice place.  No nearby hiking that I could see, but lots of water possibilities. 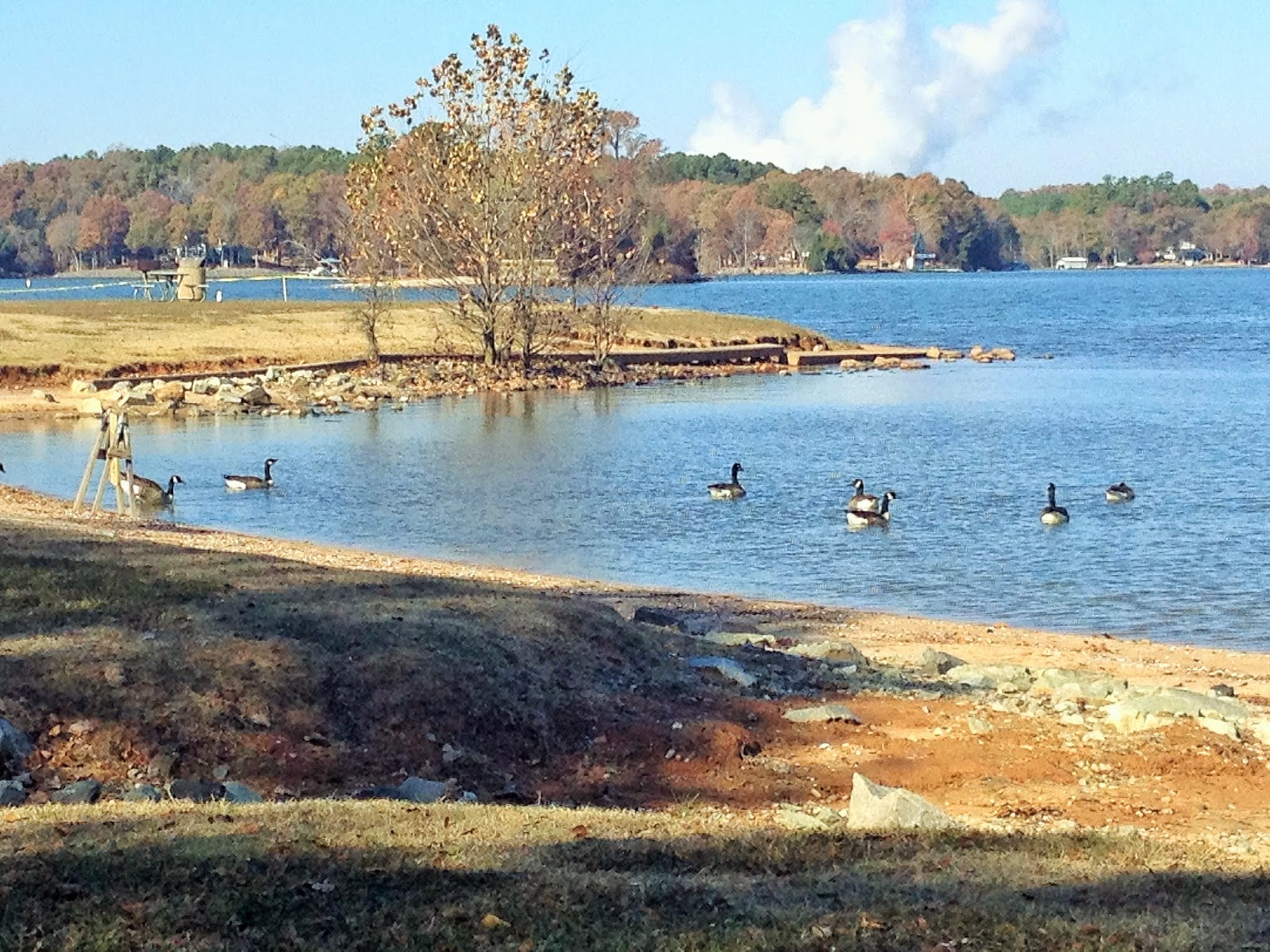 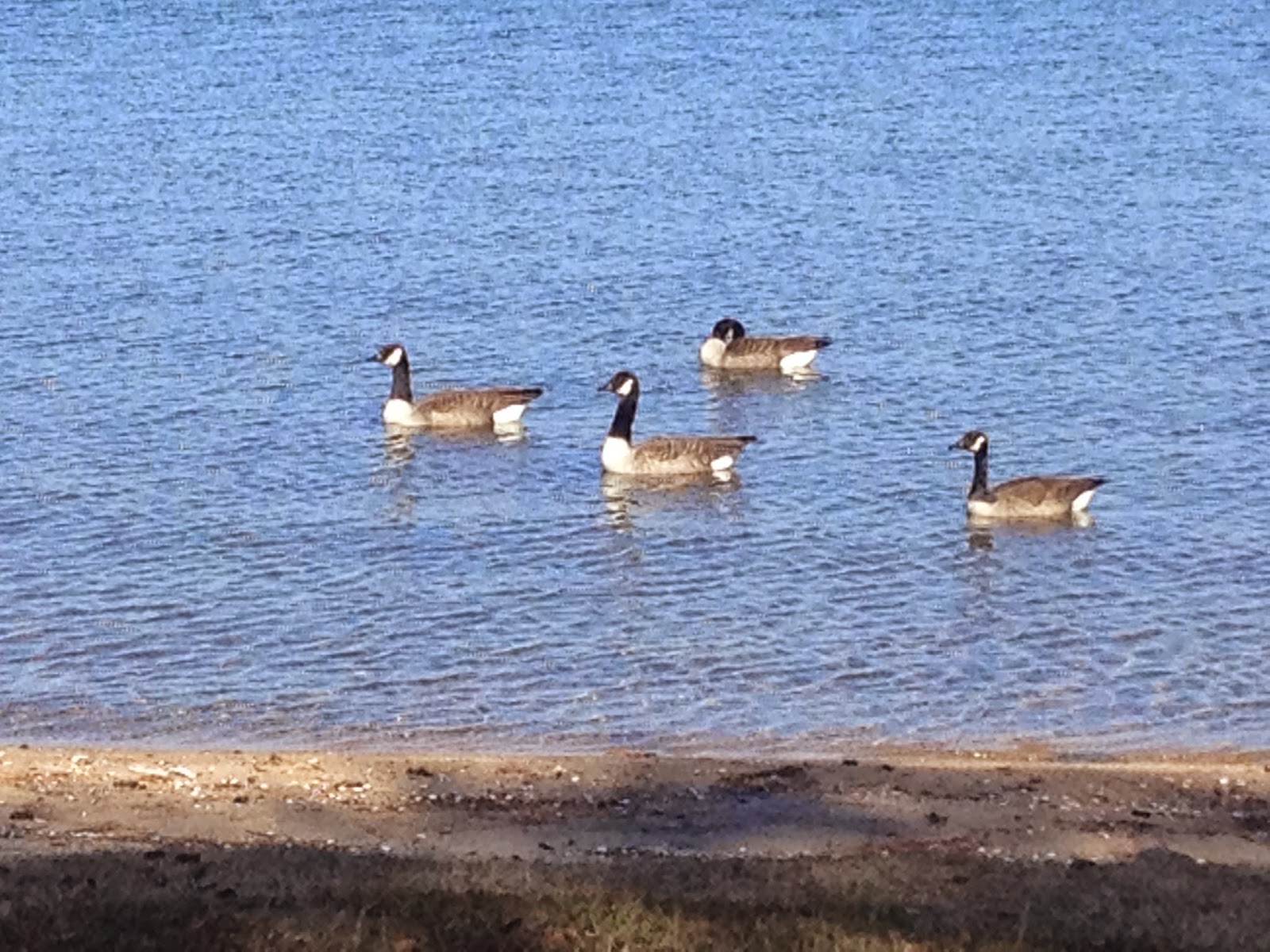 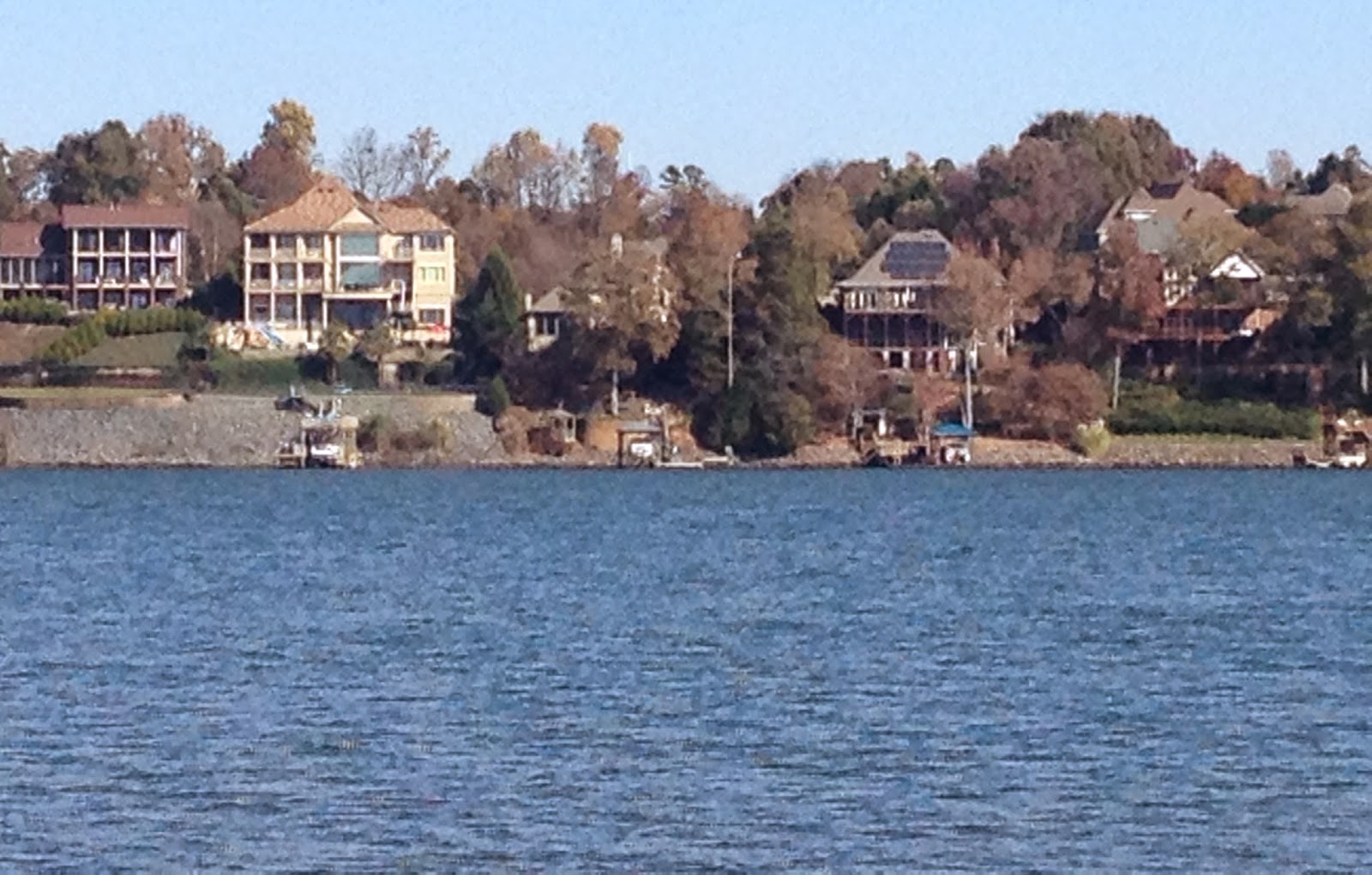 Nice lake with lots of fishing and kayaking potential.  Beautiful custom homes all around the shoreline. 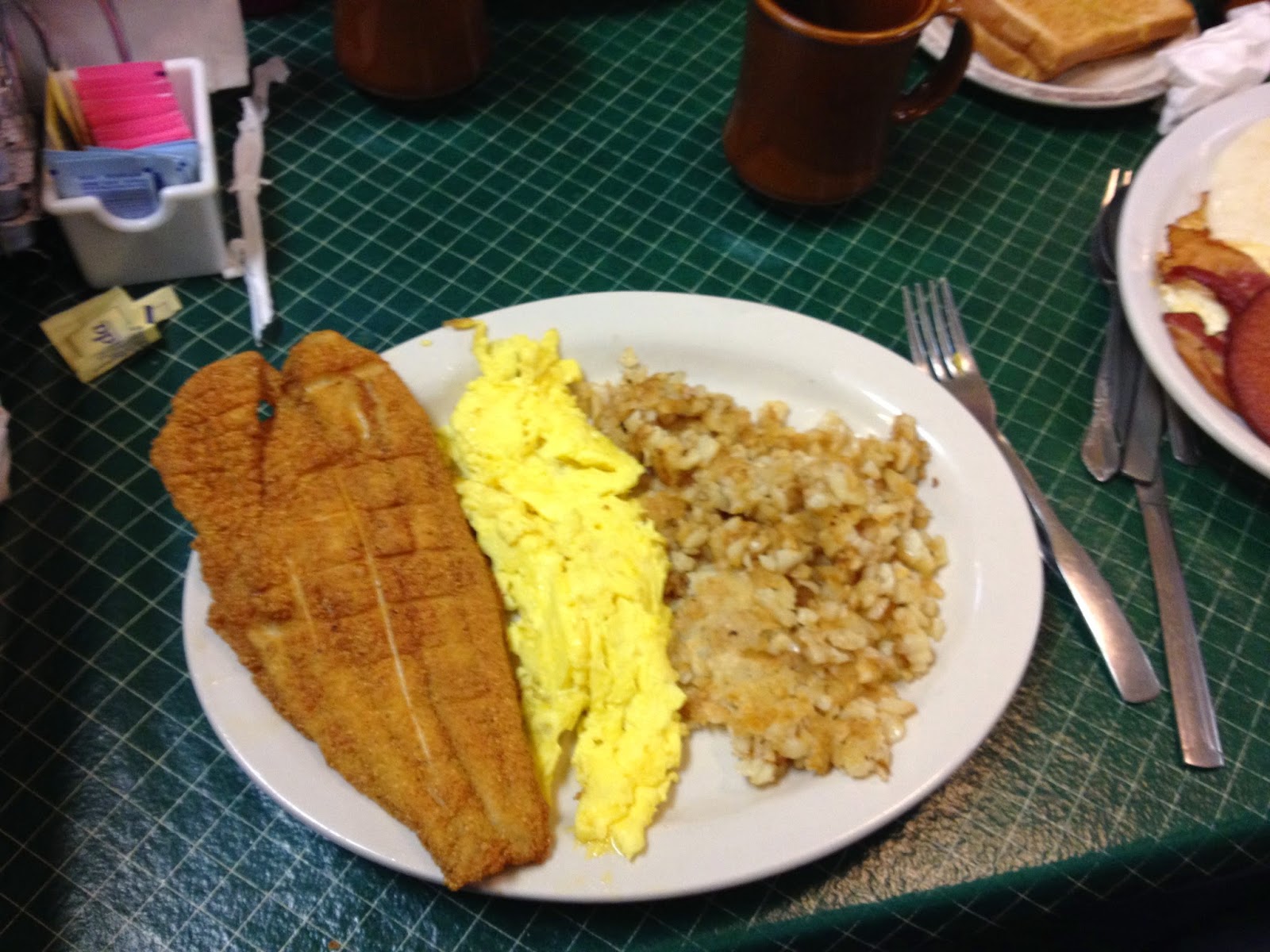 The above picture is what I decided to order for breakfast.  I love to try unique, local food items.  So when I saw Catfish and Eggs, I knew what I was having!  It was delicious too! Large and perfectly cooked. 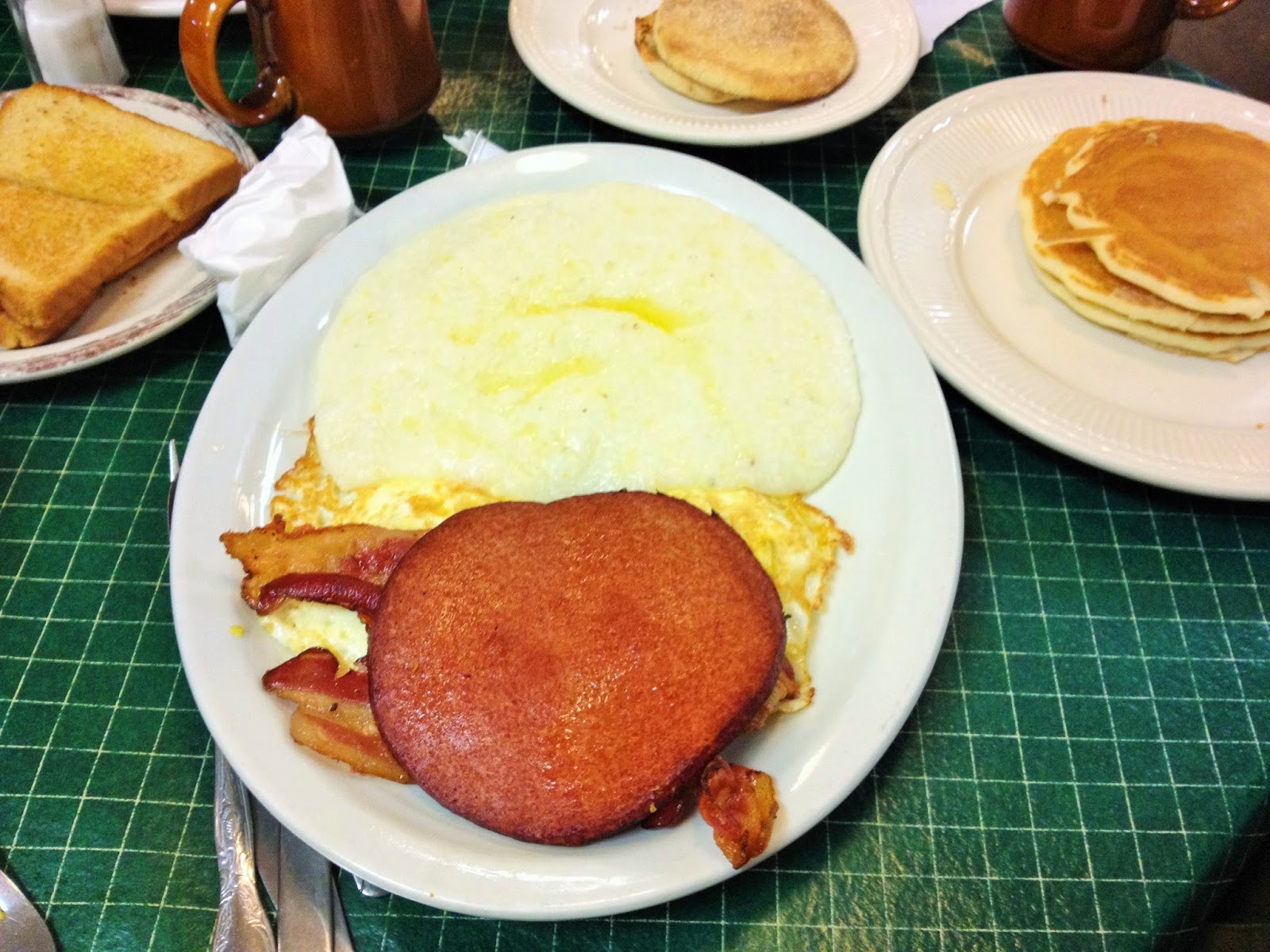 Here at Anna Js, according to Trace's sister, they have the best pancakes.  So that's what Trace and Lee had (along with some sausage that Lee wasn't sharing!)  Steve had Fried Bologna and Grits.  Everything was great.  Even the coffee was excellent!
Afterwards, we decided to do a little range shooting.  My family were hunters, so I was brought up around guns and shooting at a very young age.  Just target shooting for me though and this was the first time I had shot in a range rather than out on our property.  It was different, but we all had fun.  We chose the Zombie Clown target and the Bad Guy. 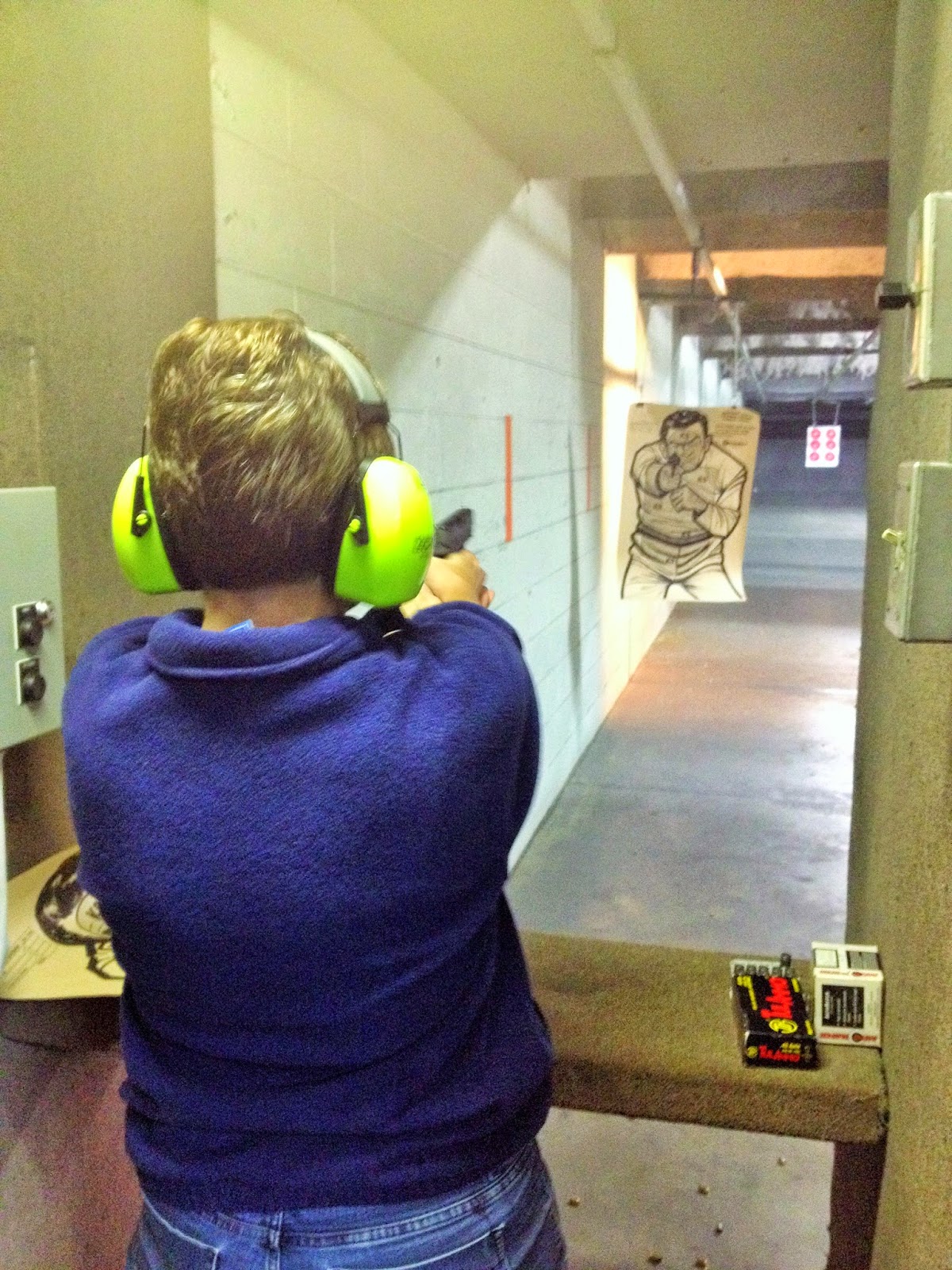 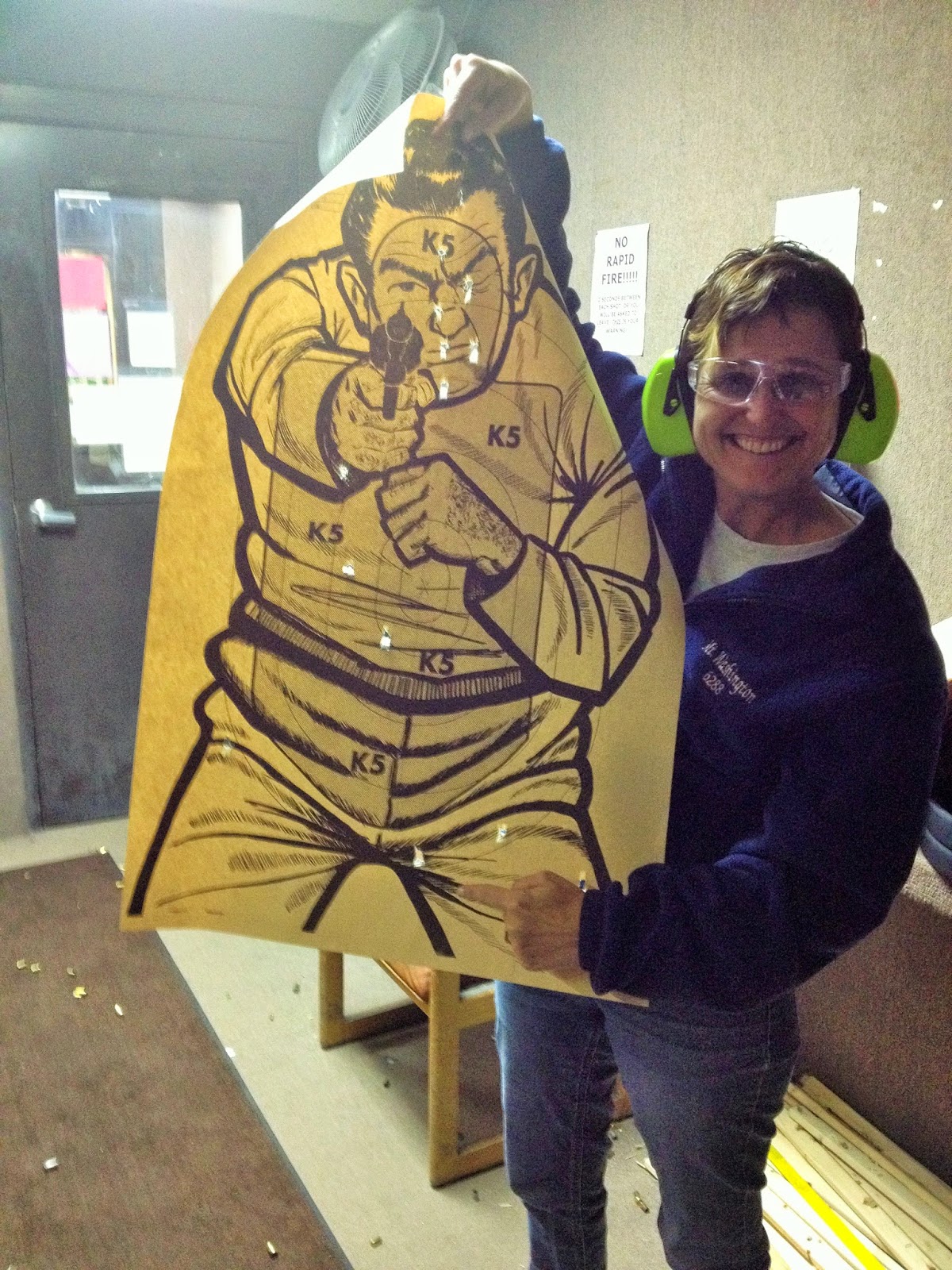 Watch out for Trace!  Take a look where her damage was! 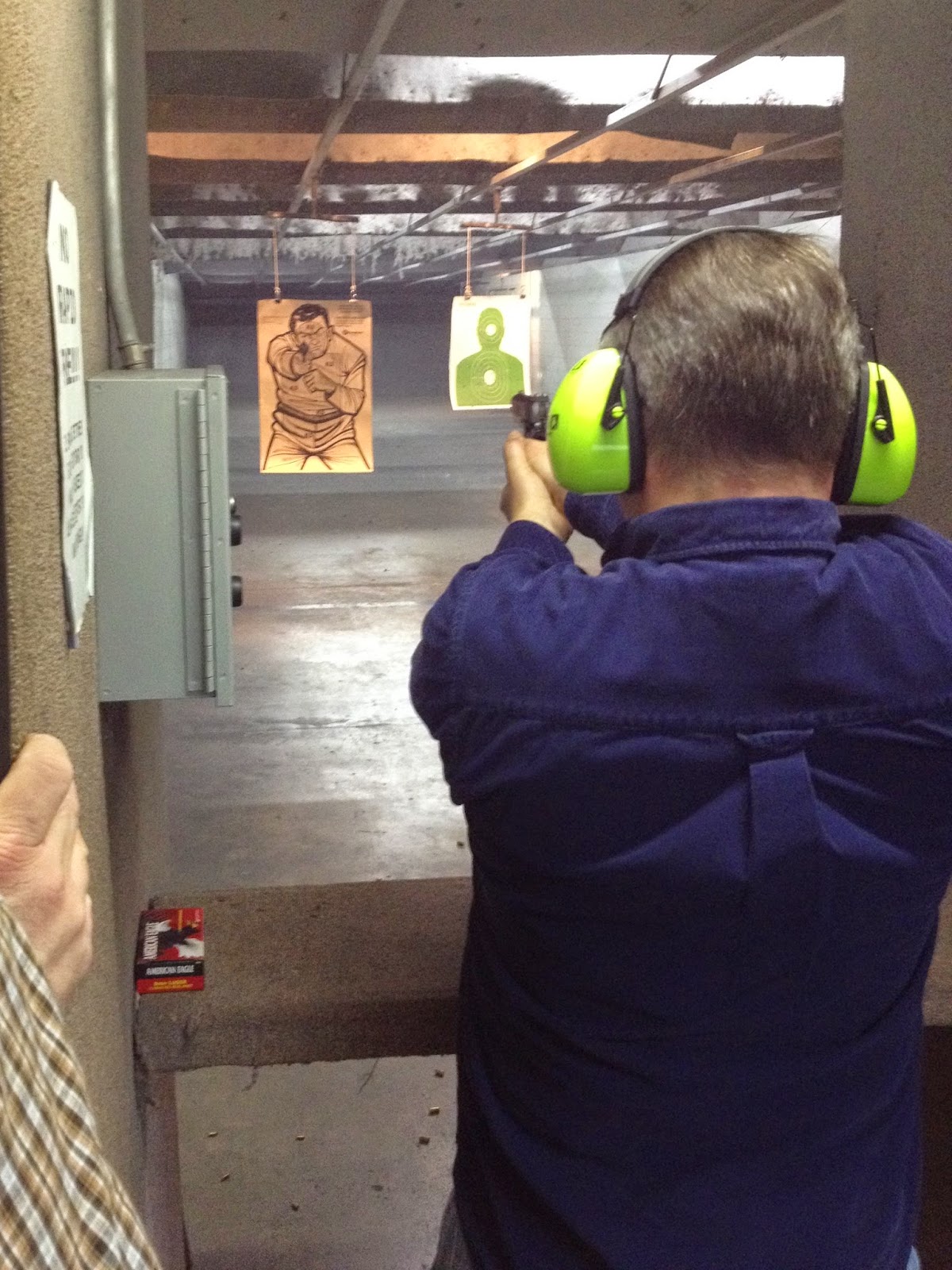 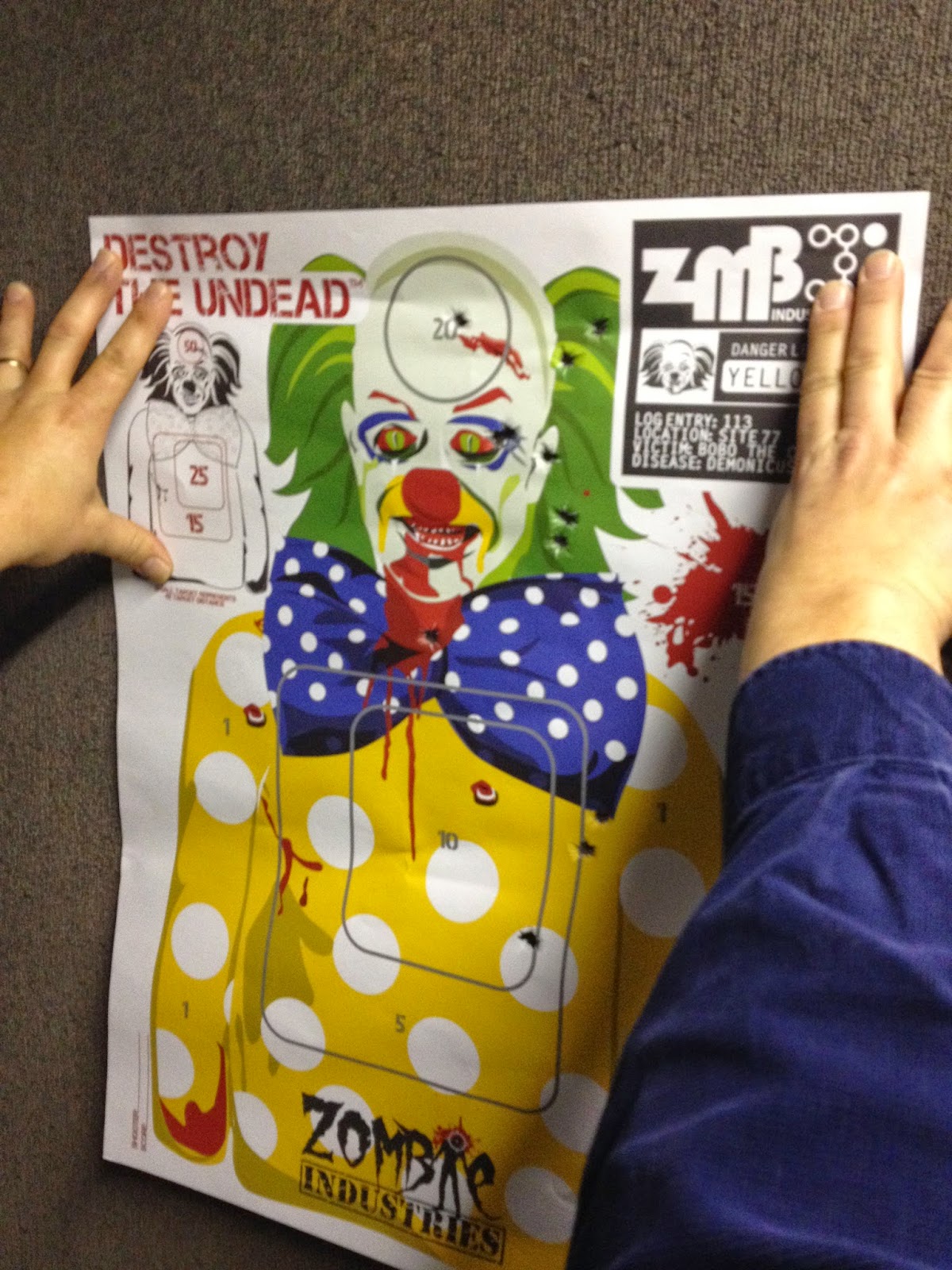 I'd make sure you knock before you go into their rig! 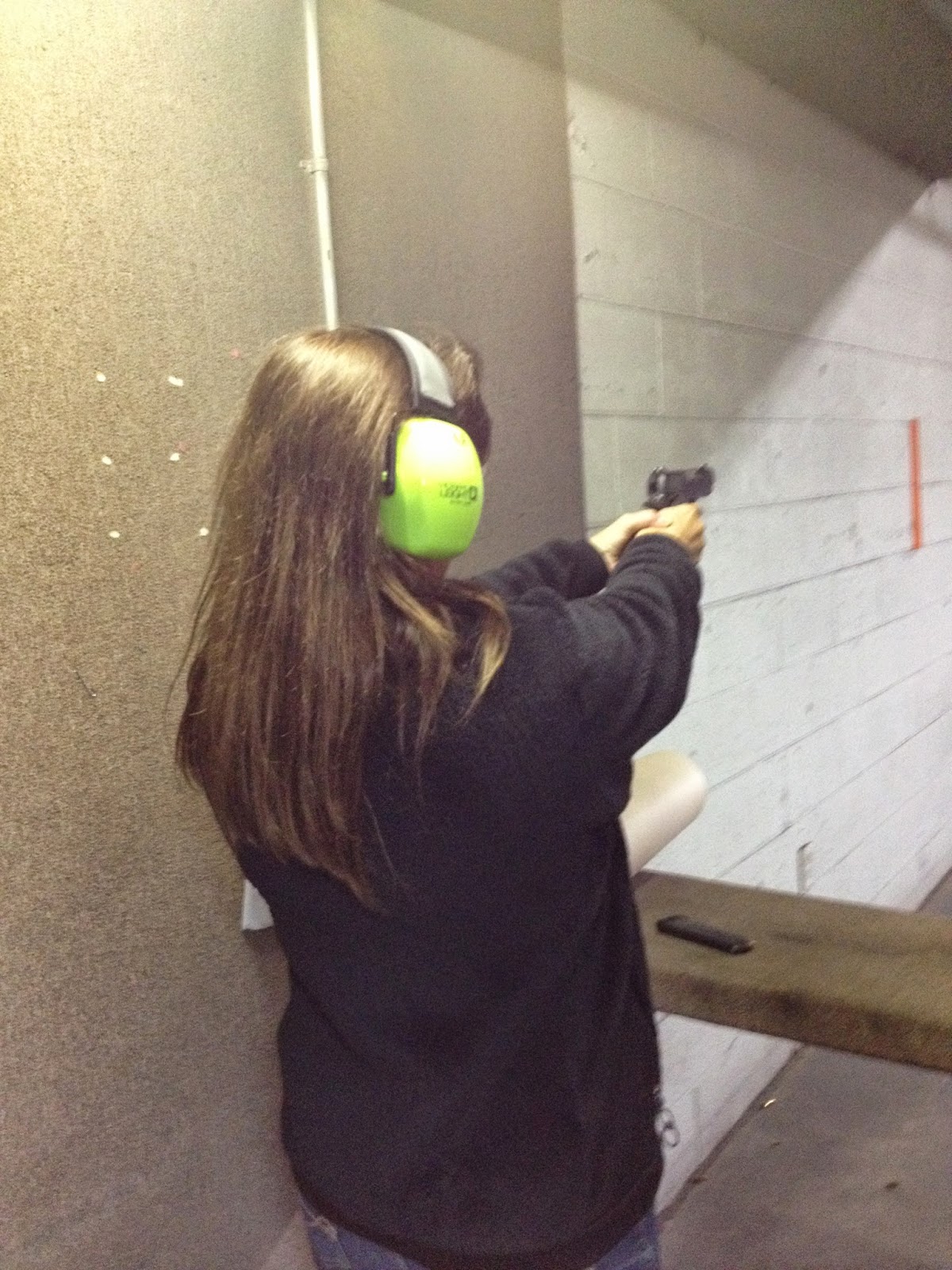 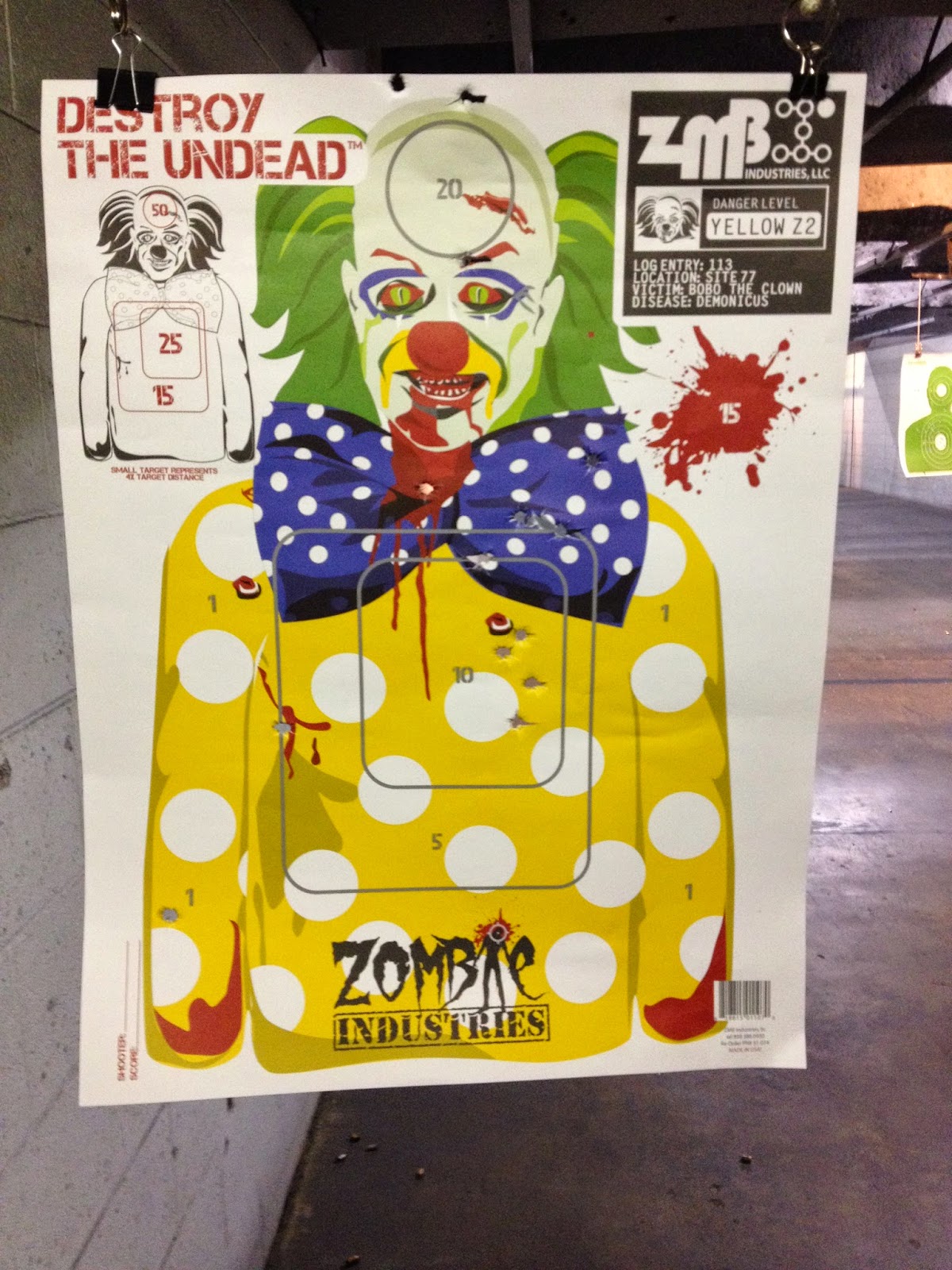 My turn next.  Not too shabby, eh? 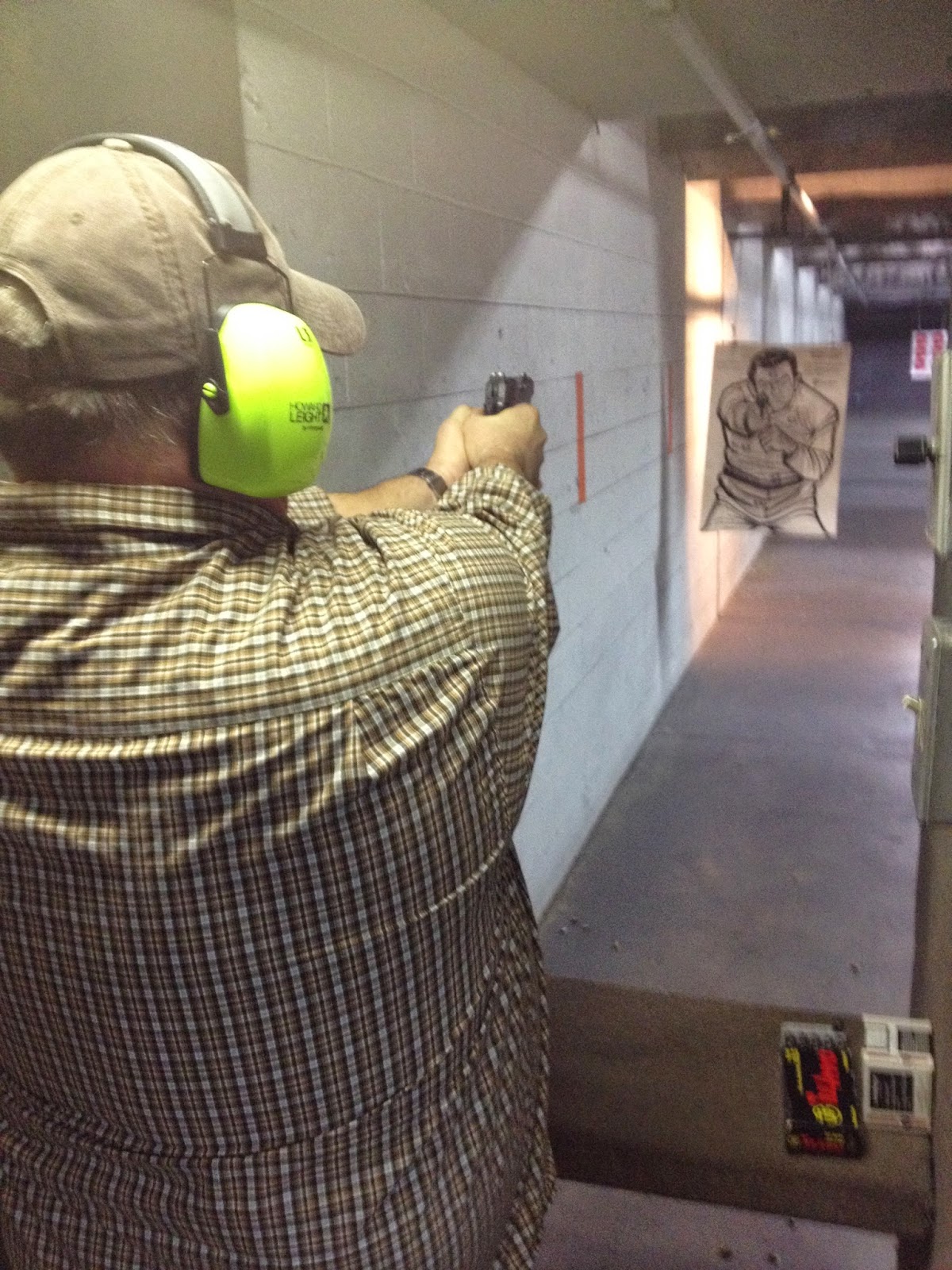 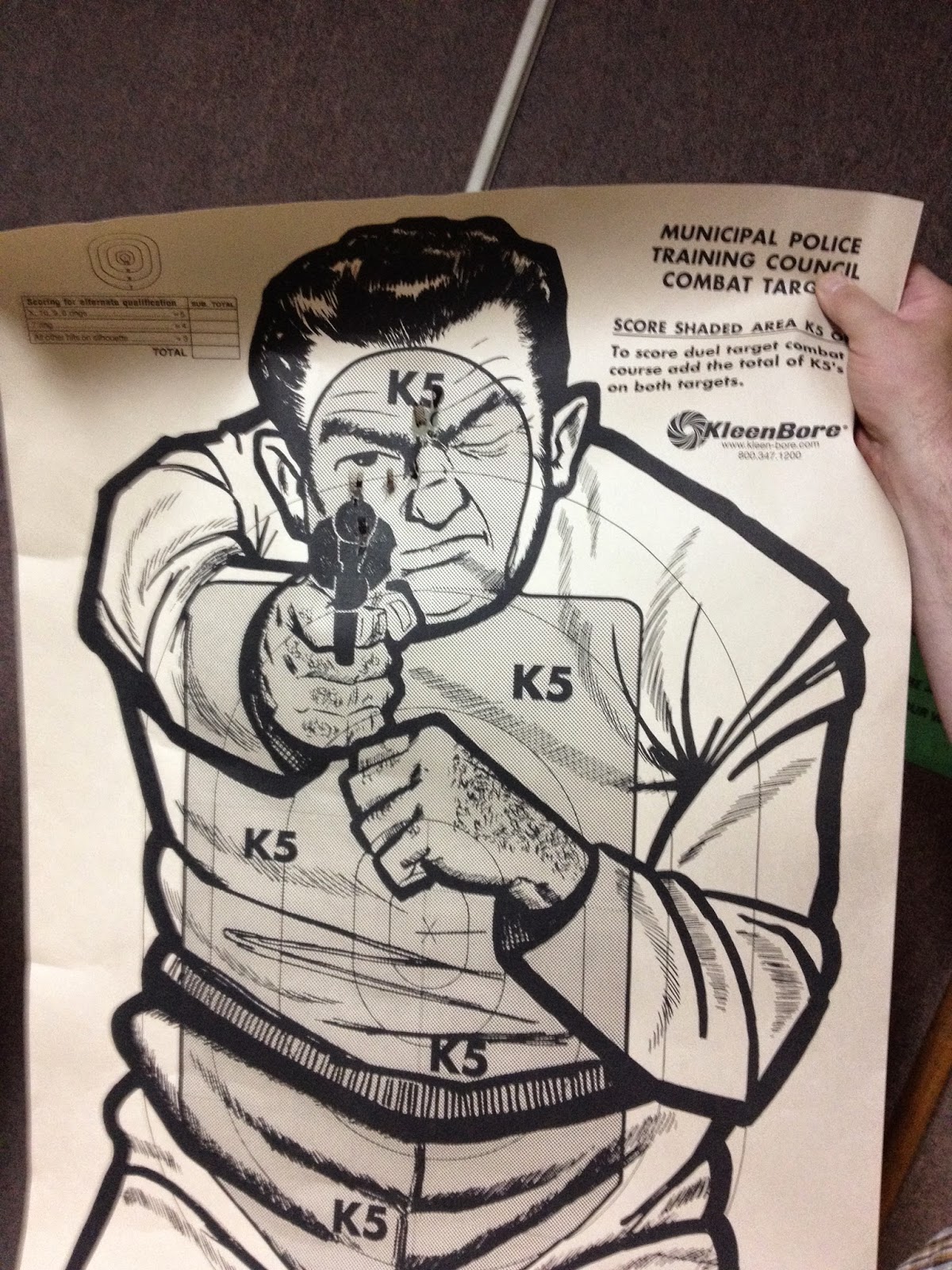 
We had a lot of fun taking turns cooking dinner.  How fun is that?  Getting different meals, especially nice when they were cooked for you and brought to your trailer, ready to eat with all the fixings!  Here is just one of the yummy meals Trace cooked.  It was her aunts meatloaf.  Yummy!  And she cooked a special pea recipe just for Steve! 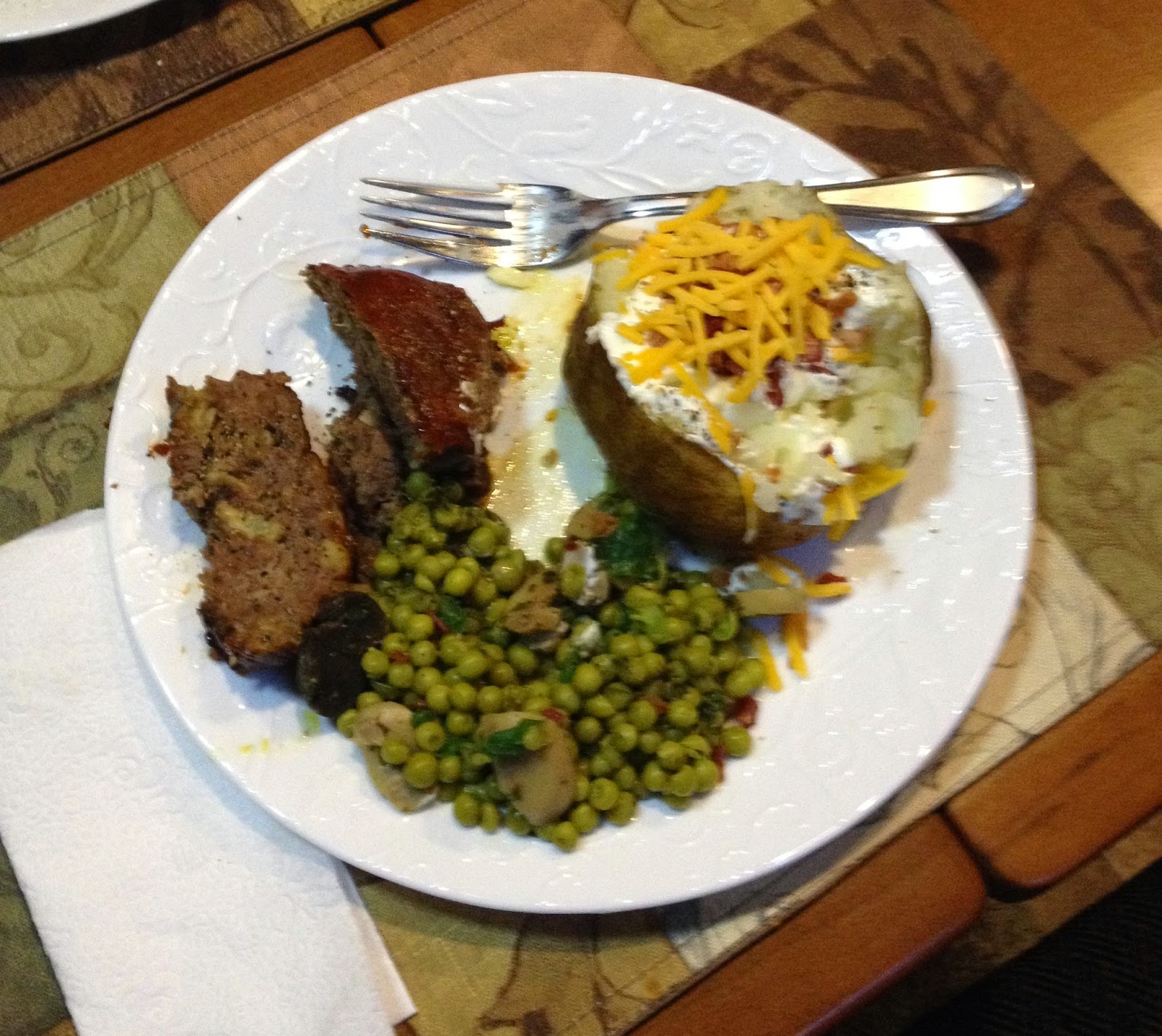 After dinner they brought over a card game that they had told us about while we were all in New Hampshire.  It is a bit naughty and sort of raunchy (if you choose to play it that way).  It's all just fun.  It's sort of like Apples to Apples, but a grown up version called Cards Against Humanity.  We laughed and laughed.  It was our first time playing, but Steve cleaned up!  Trace was close behind. ﻿Well, we all had a great time sharing tips and experiences of our adventures fulltiming so far.  Hopefully we'll get a chance to see them down in Florida.  Many of us will be there for December.  Some are already there and some will be there for a couple more months.  I'm sure there will be many meet-ups while were there.


----------------------------------------------------------------------------
And some bad news.....
I forgot to show pictures of the campsite we were at in North Carolina.  It was a county park on Falls Lake.  A great place with many campsites on very private settings.  Most in the woods, but some open too.  Great for kayaking and fishing.  I had just posted my last blog .  Right before I had my first bad experience fulltiming.  It could happen anywhere, sticks and bricks, or out on a beautiful lake with lots of rangers on patrol.  My beloved kayak had been stolen!  This was a great tandem kayak that Steve and I had for a few years and just LOVED!  We went all over in it and our dog, Hurley, loved to go too.  The staff, rangers, local sheriffs, were all great.  They all responded immediately and checked out the campground.  There was only a handful of us there this time of year.  Only one way in and out.  They checked their cameras, nothing.  Looks like it was towed away by someone in a boat.  I can't tell you how crushed I am.  I've been searching all over for something similar.  No luck yet.  Here is the last picture I took of the kayak.  About 4 hours before it was stolen in the middle of the day! 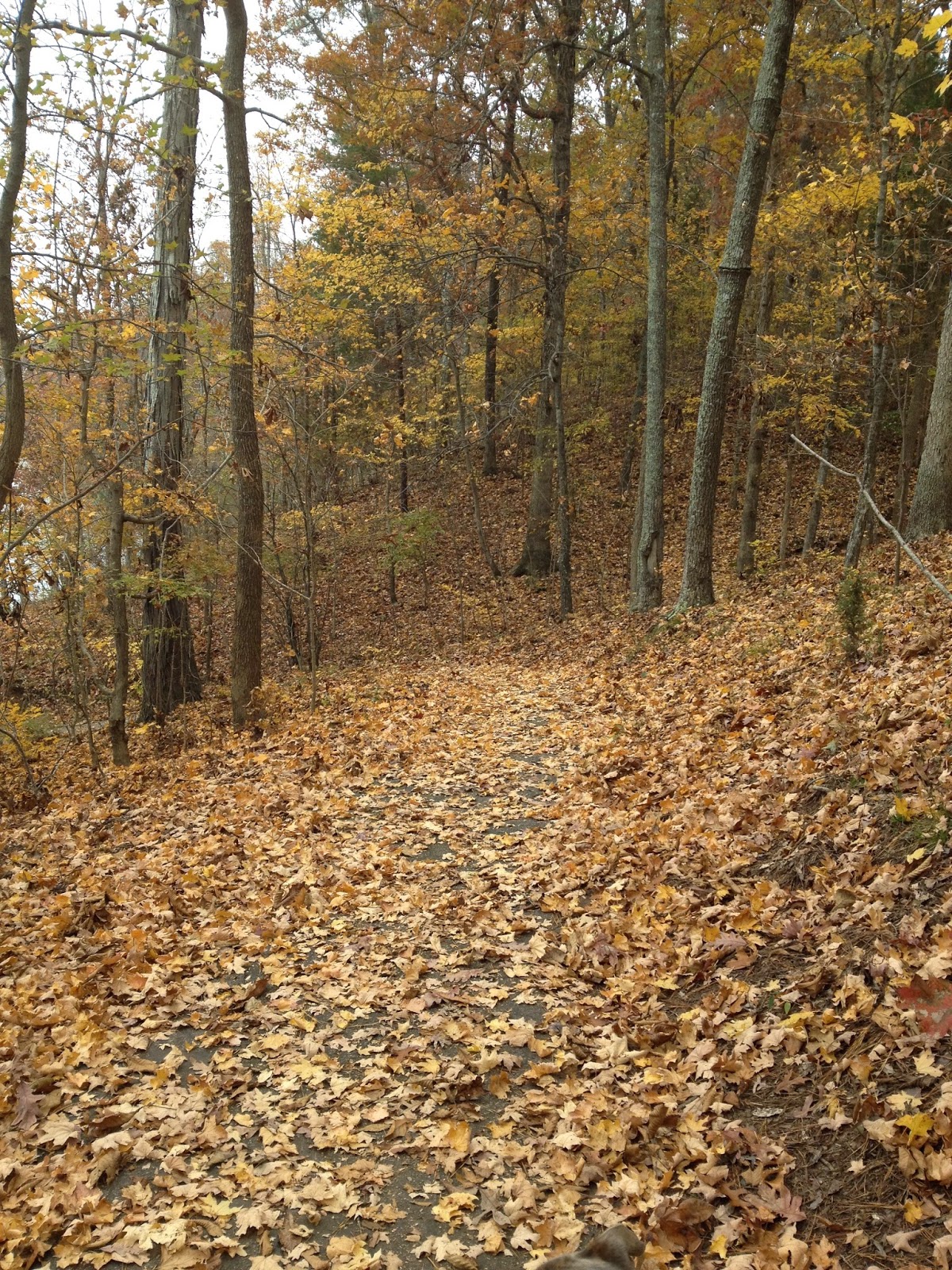 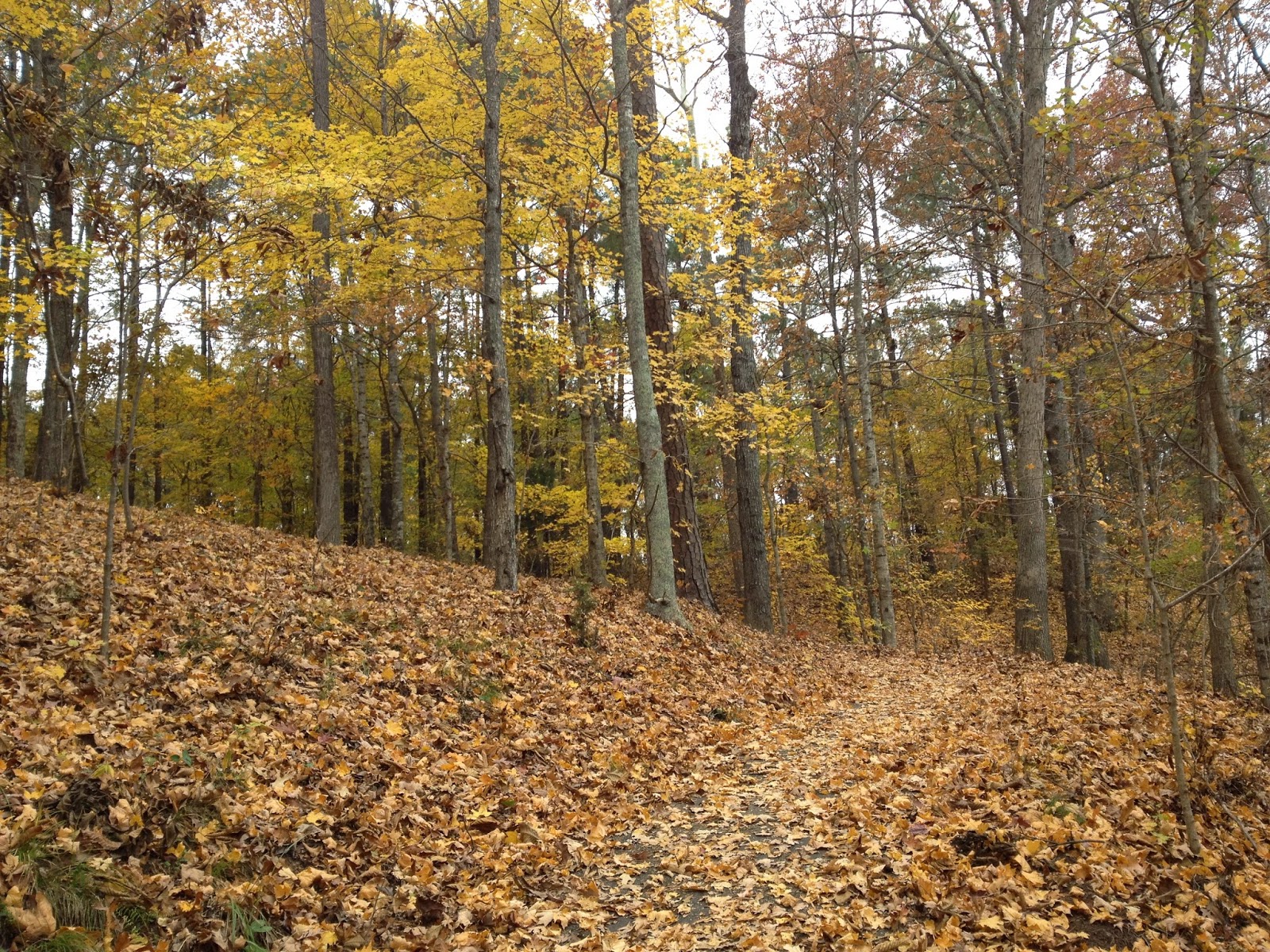 Trail down to the lake and pier. 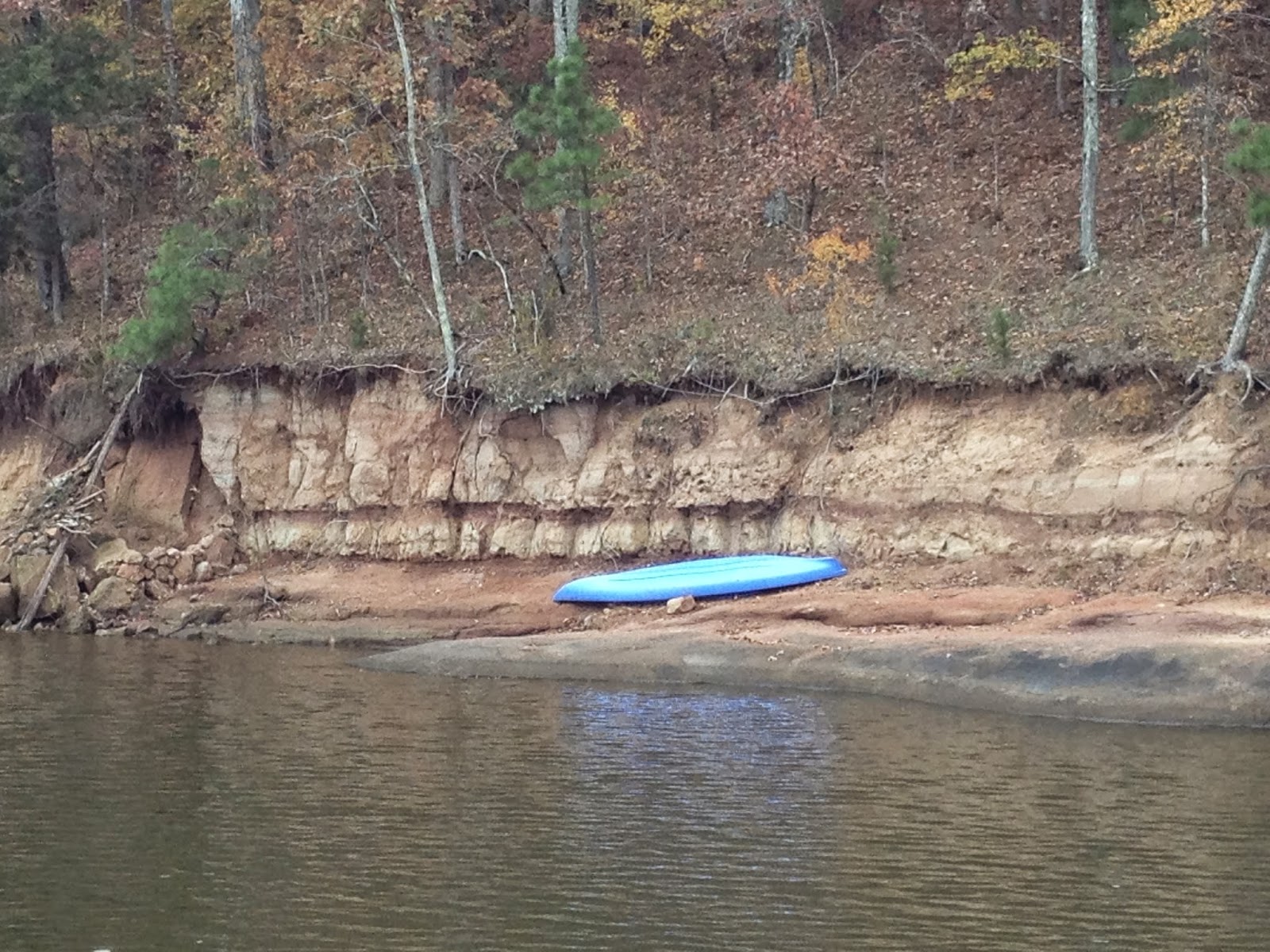 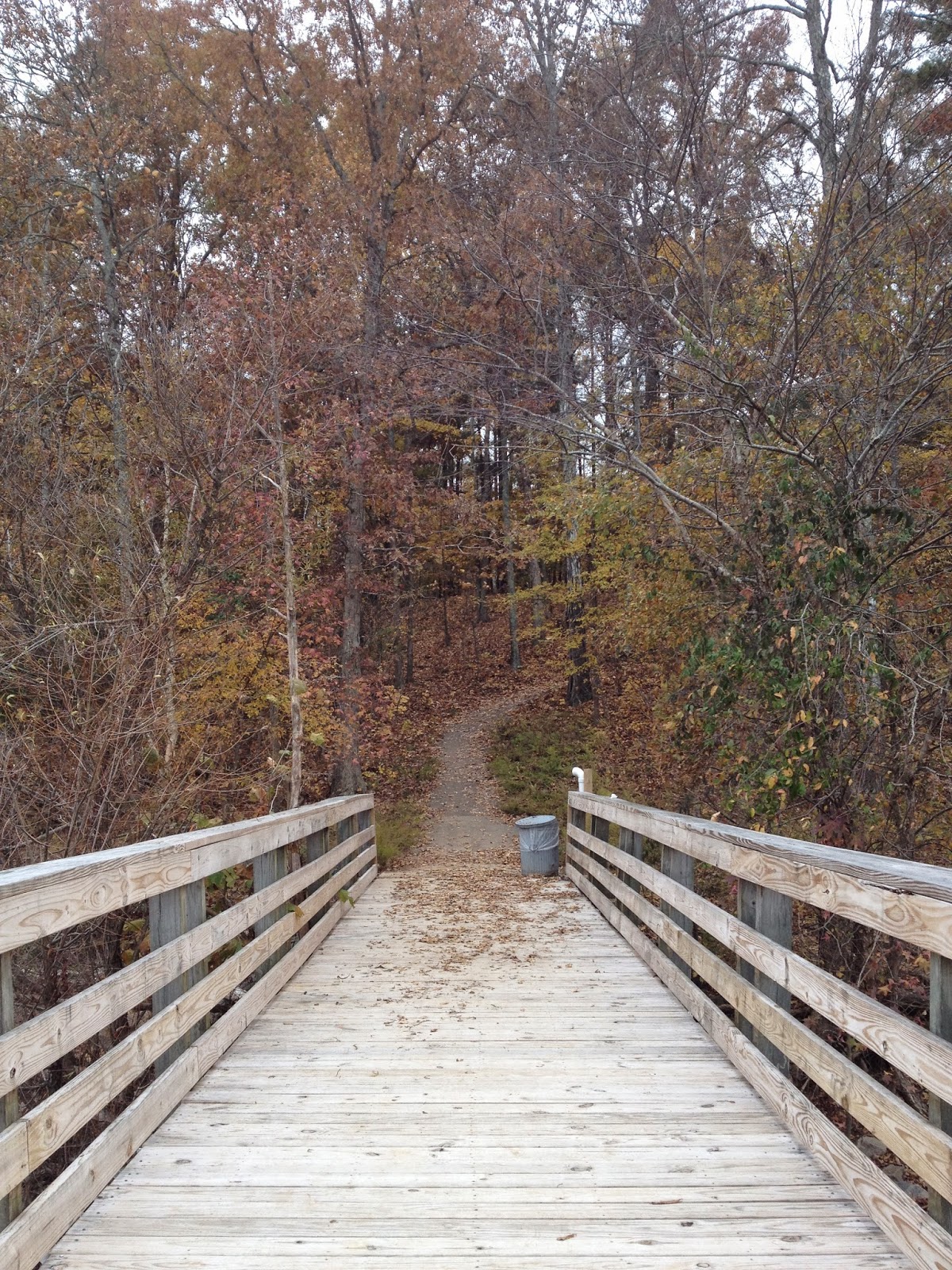 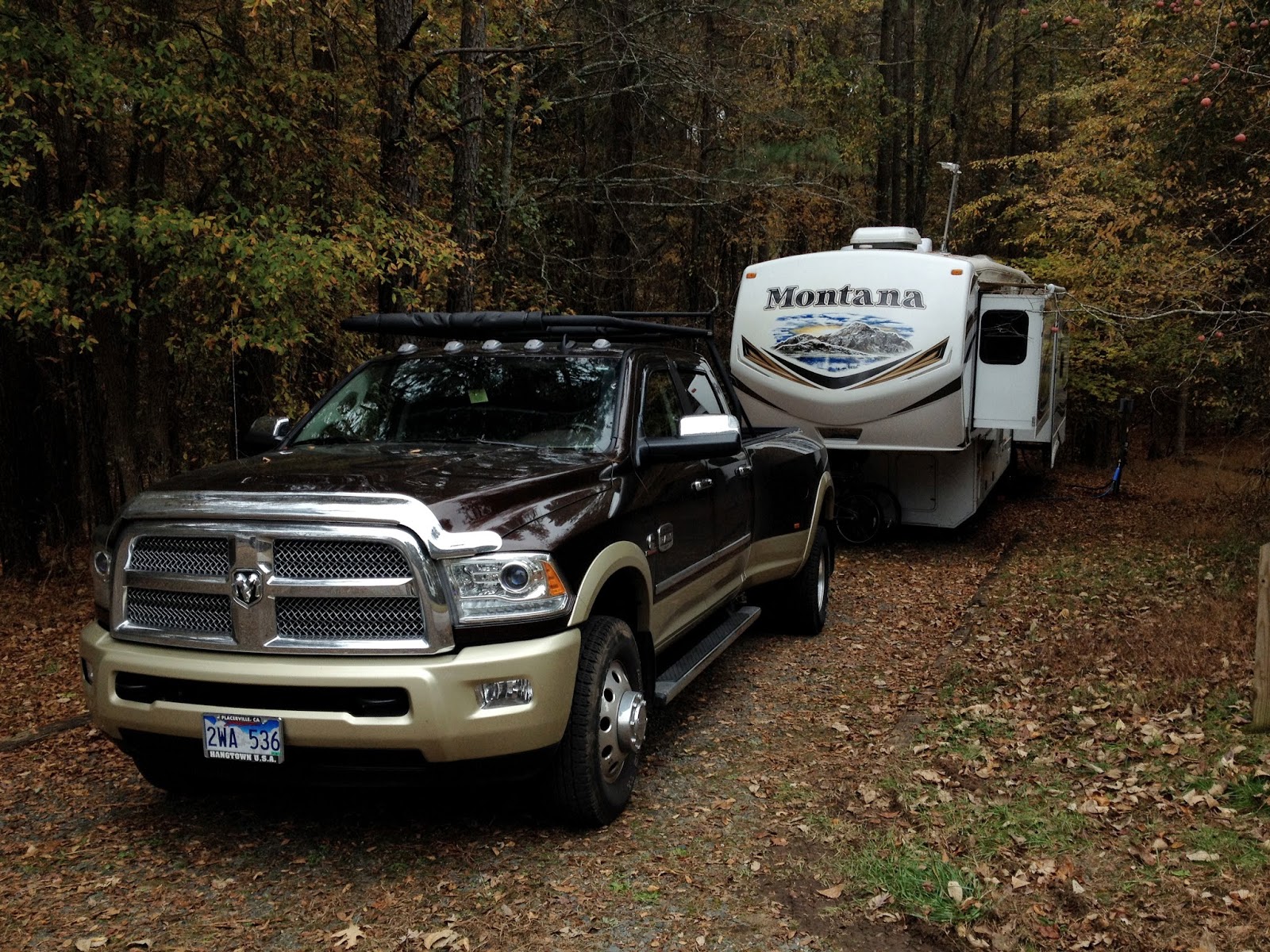 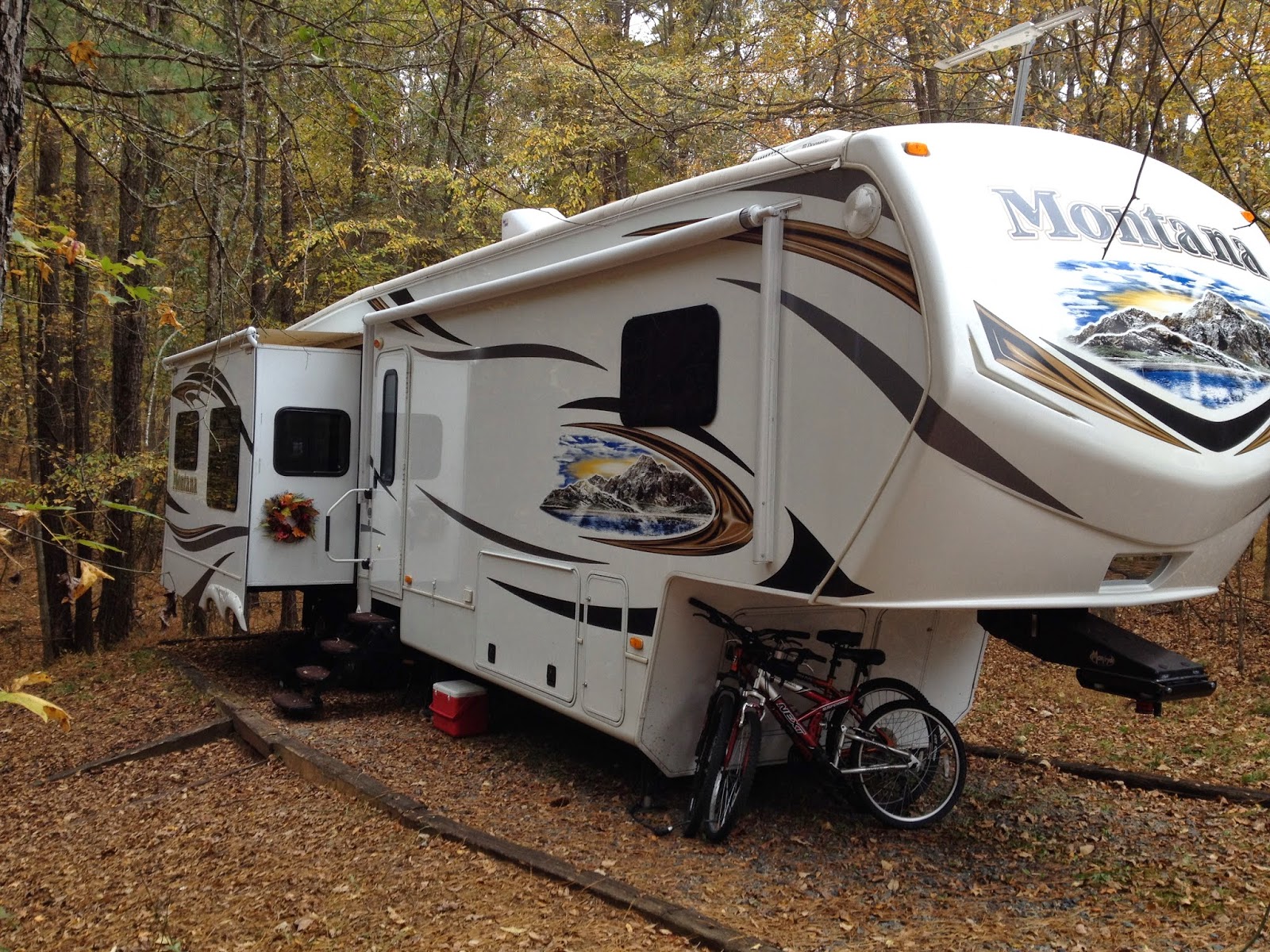 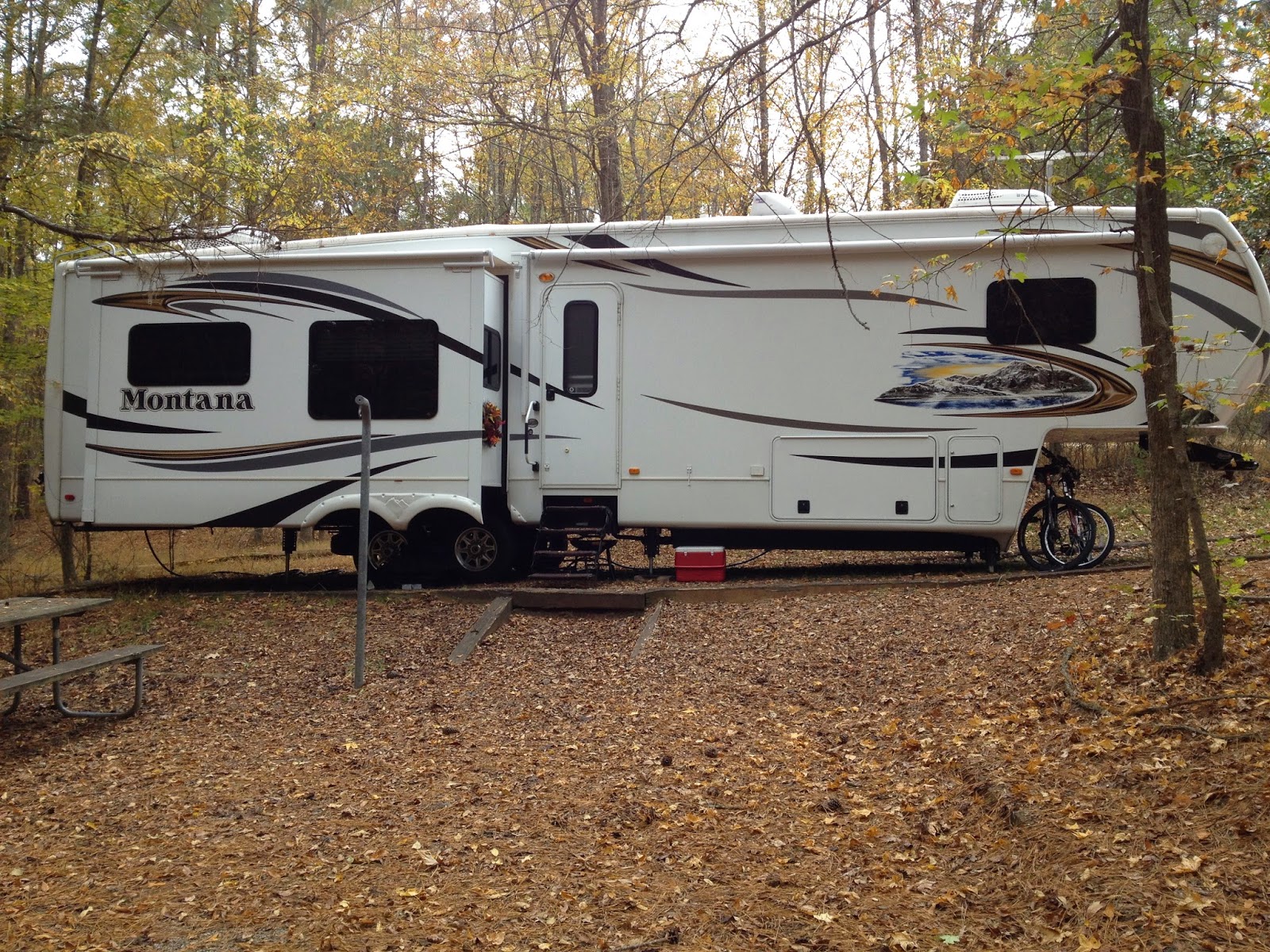 On to more happy adventures.
Posted by DebbieM