﻿
﻿Keene, New Hampshire..
Lake Swanzey Campground
This week we will be staying at Lake Swanzey with RV friends Lee & Trace and Greg & Cori.  We are part of the fabulous graduating class of 2014!  We were all at the RV Dreams Spring Rally in TN.  It's pretty amazing that almost all of us "Gonna Be's" actually made it to Full Time status!  And what a fun bunch of people they all are!  We all keep in contact and enjoy meeting up with each other along on our travels.
﻿ 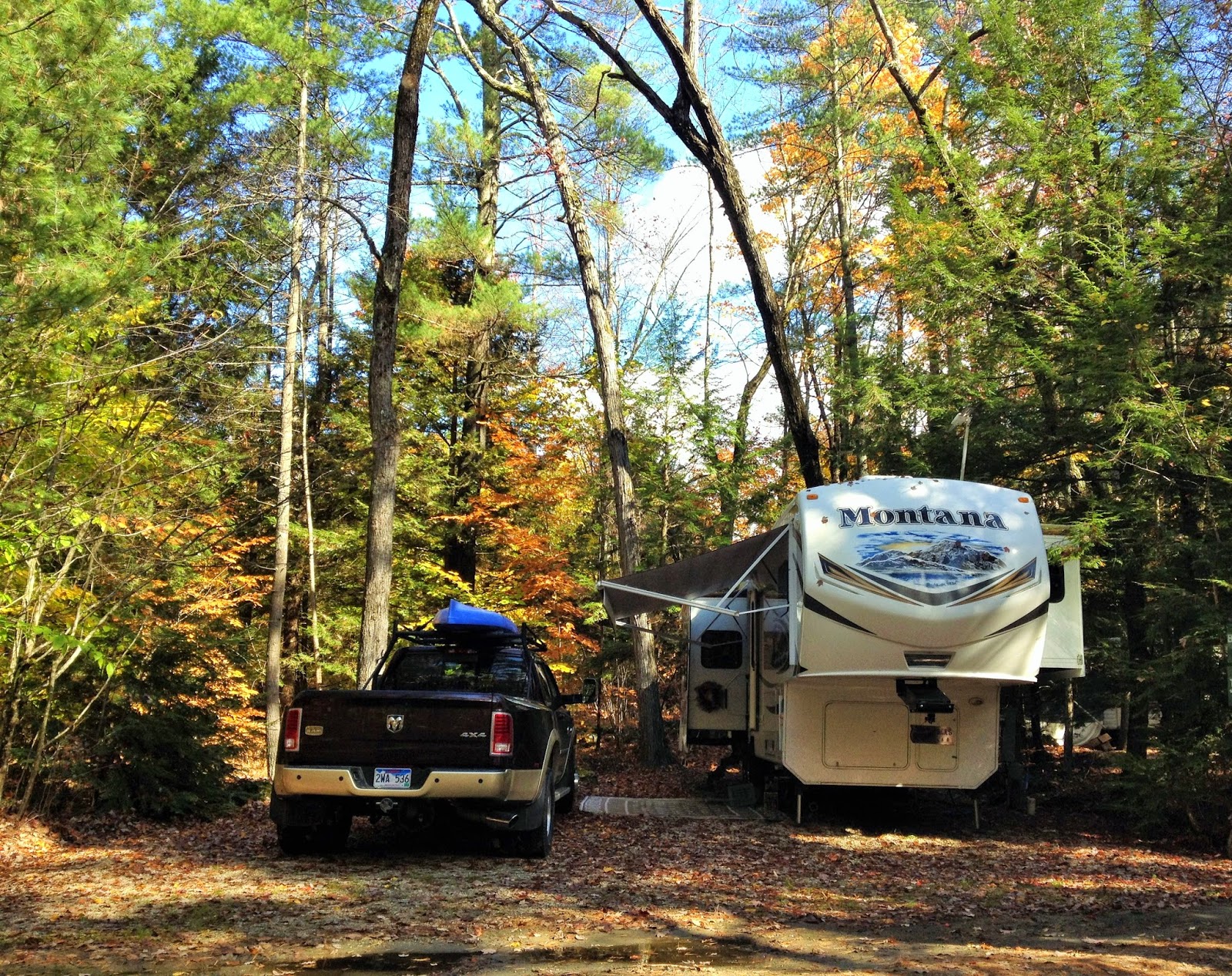 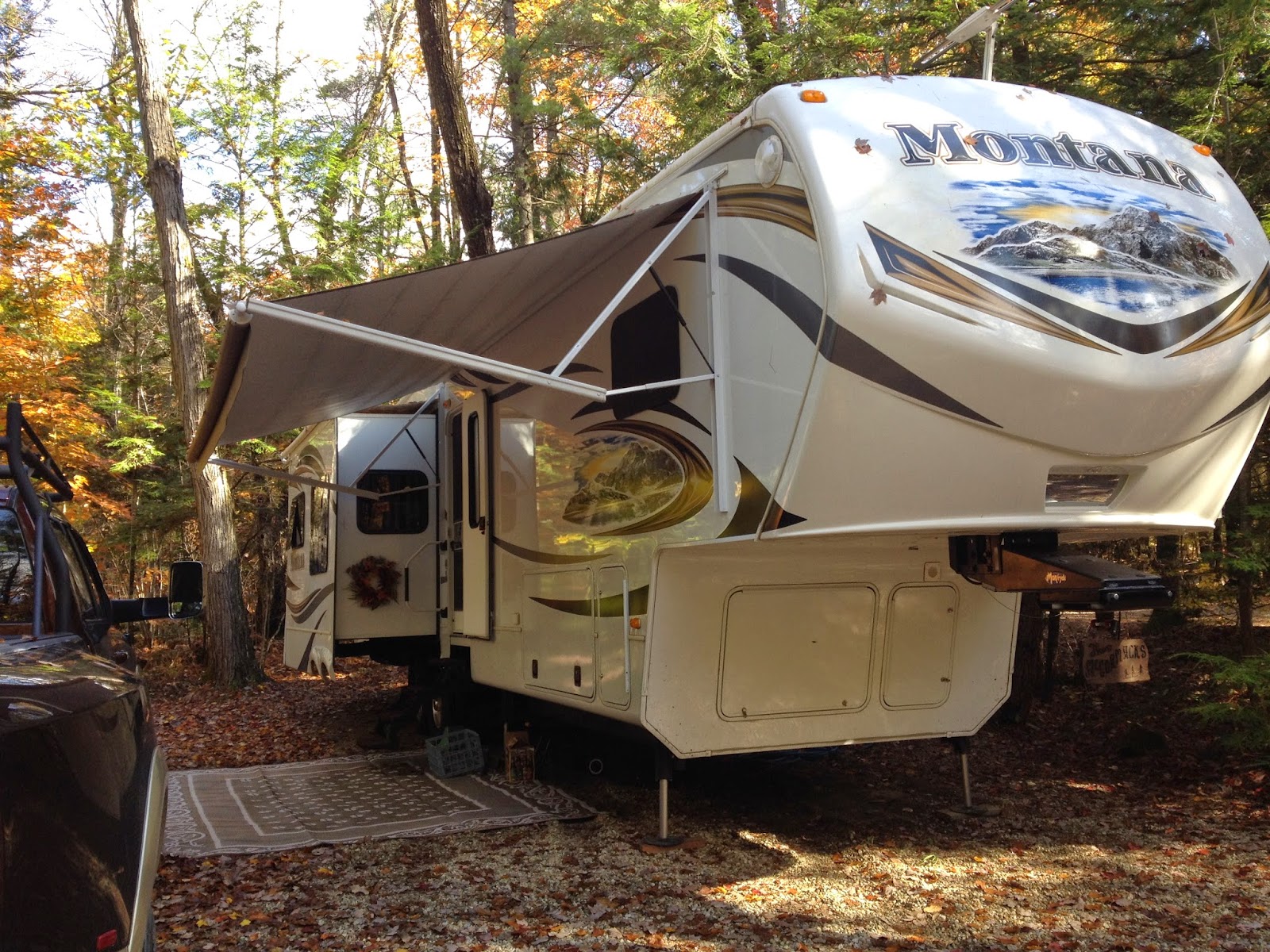 We were lucky to get this nice campsite that was rather easy for us to get into.
One of the fun things we did here in Keene with our friends was go to the 24th Annual Pumpkin Festival.  This is a very important event in this town.  Our friend Lee, is Executive Director for Cheshire TV.  It was fun watching him and the rest of Cheshire TV do the reporting for the festival.  We got to see the behind the scenes work. 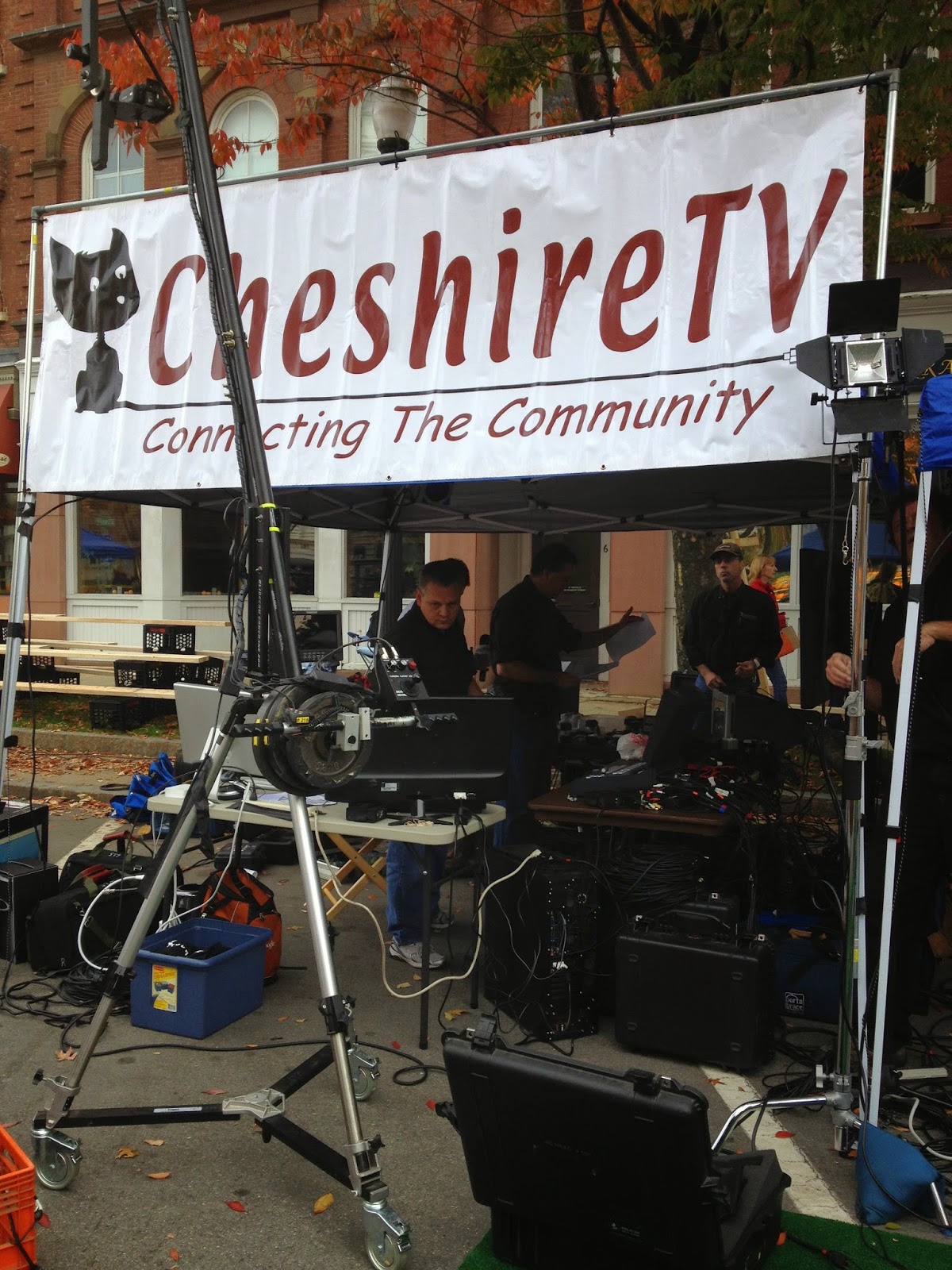 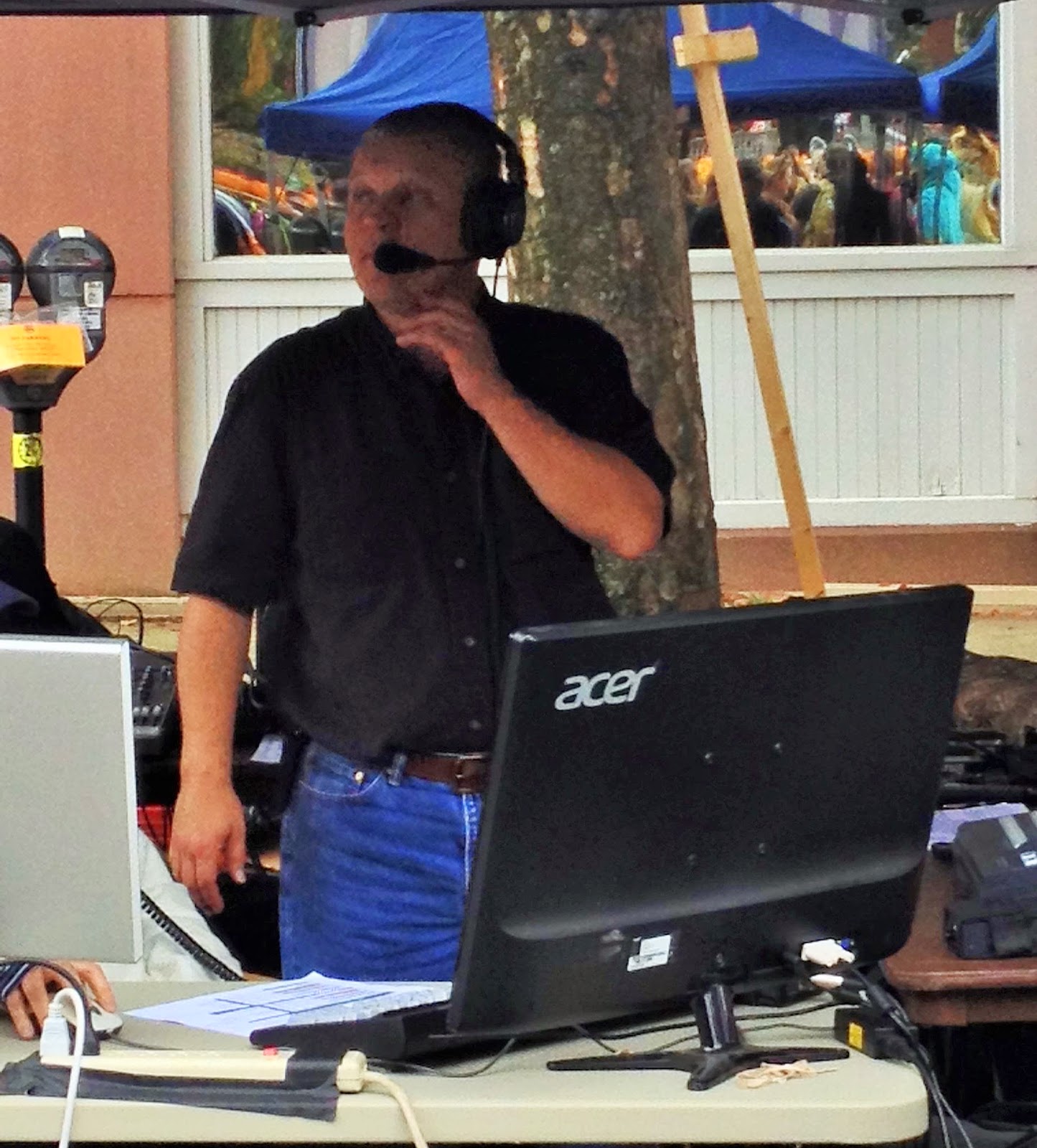 The whole town goes all out to break the record for the most lit pumpkins for the Guinness Book of World Records.  They have held the title more than once.  They put on a nice parade for the trick or treaters.  Trace does the announcing and commentating of the parade each year.  Cori was her guest announcer.  They did a great job! 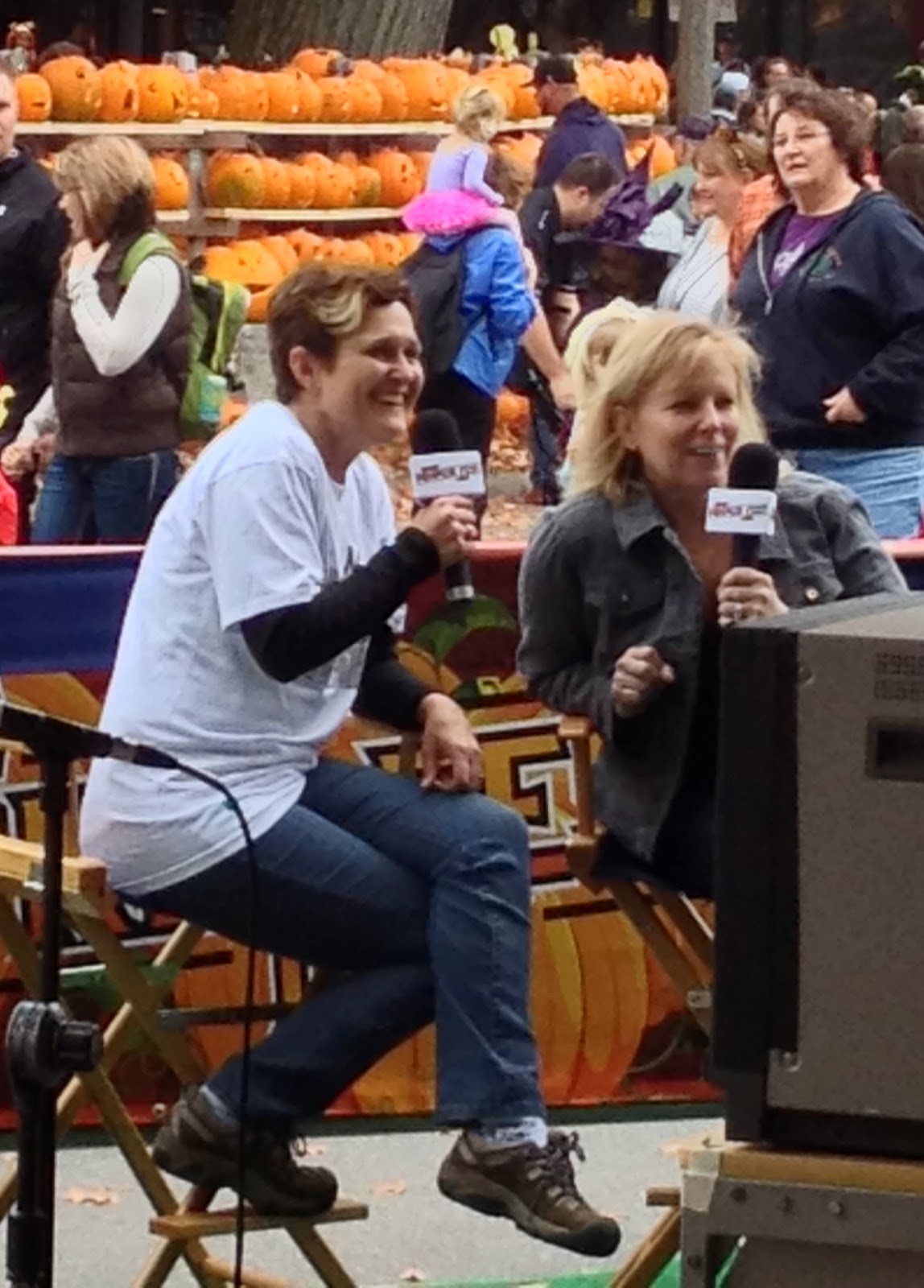 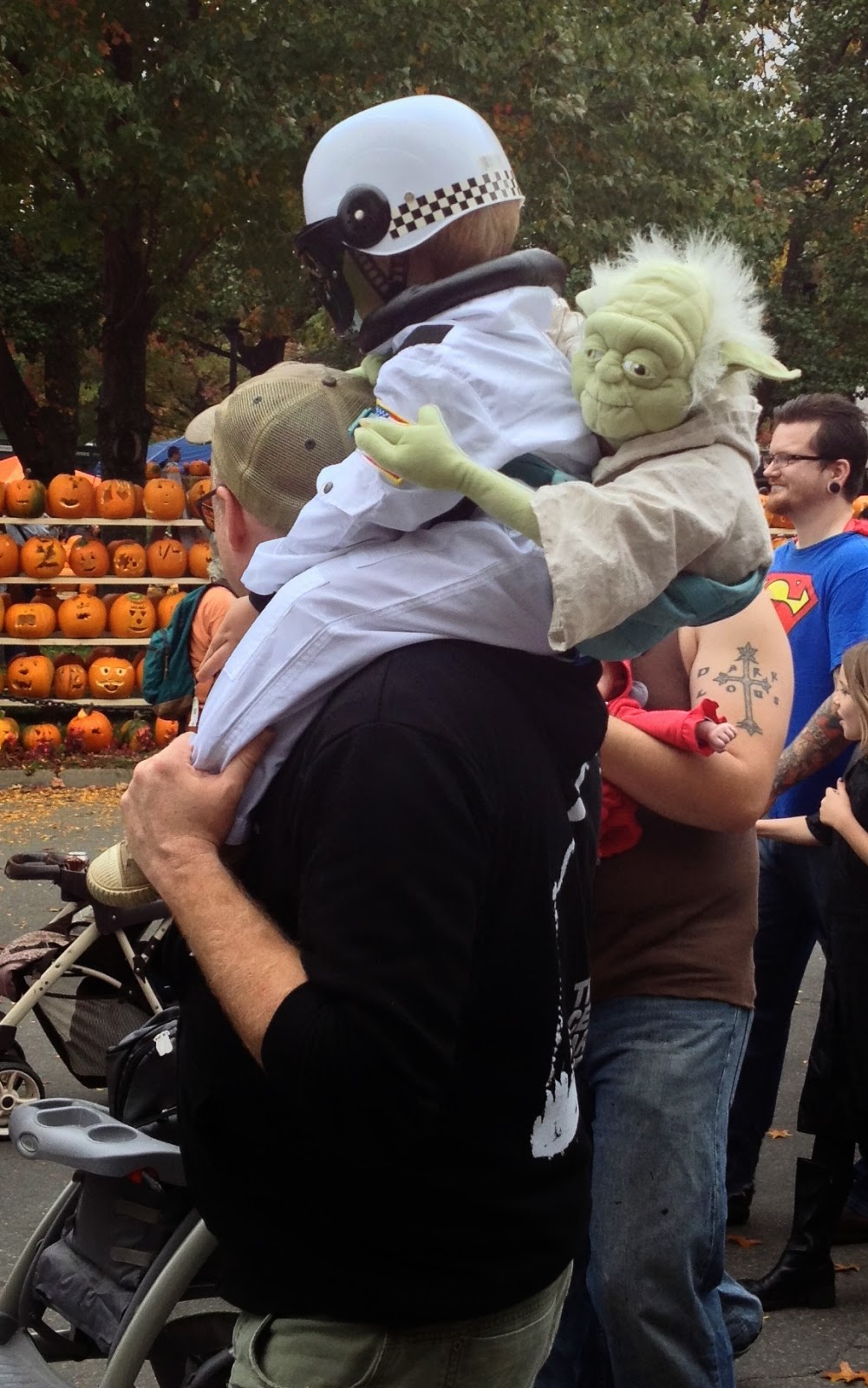 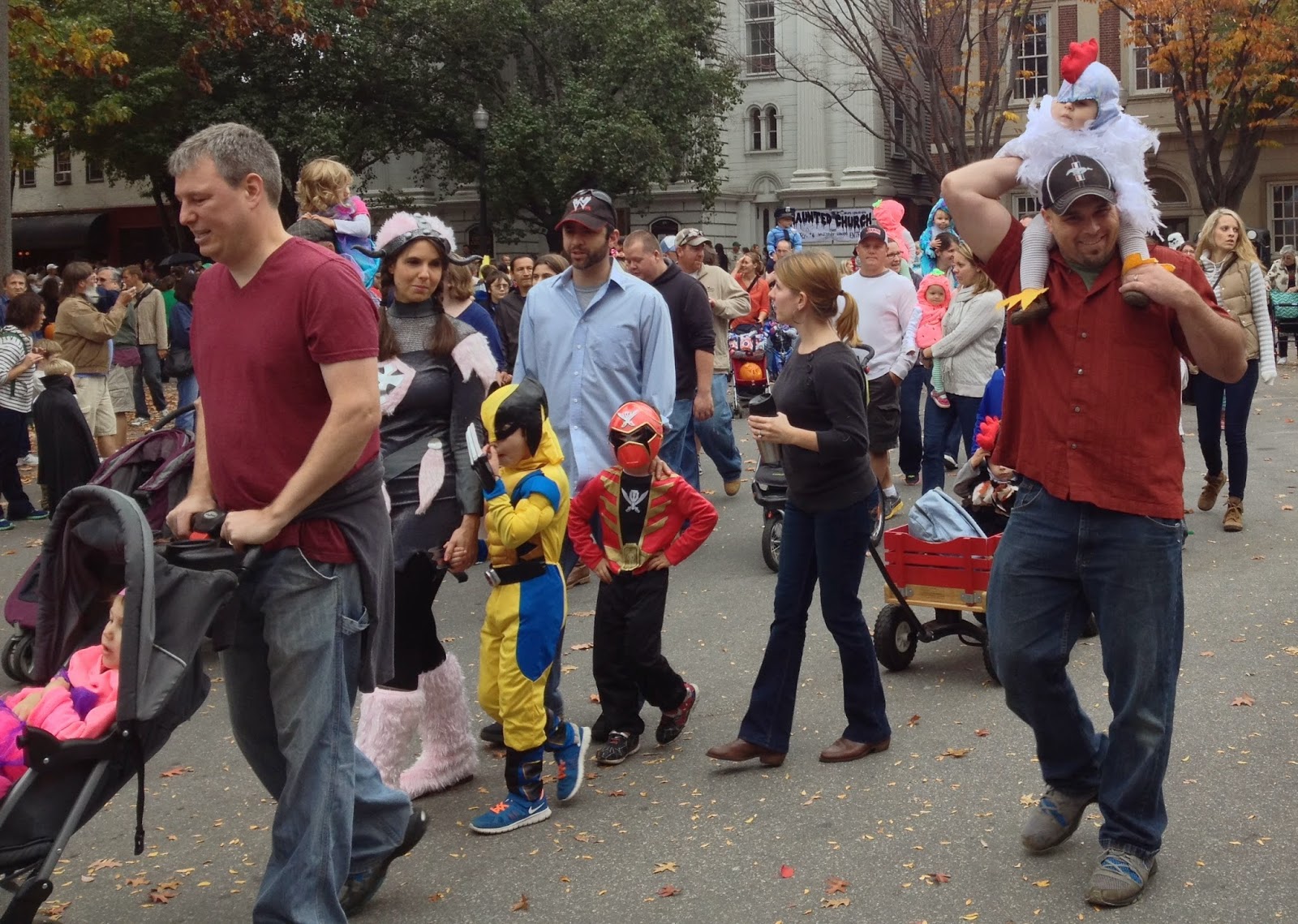 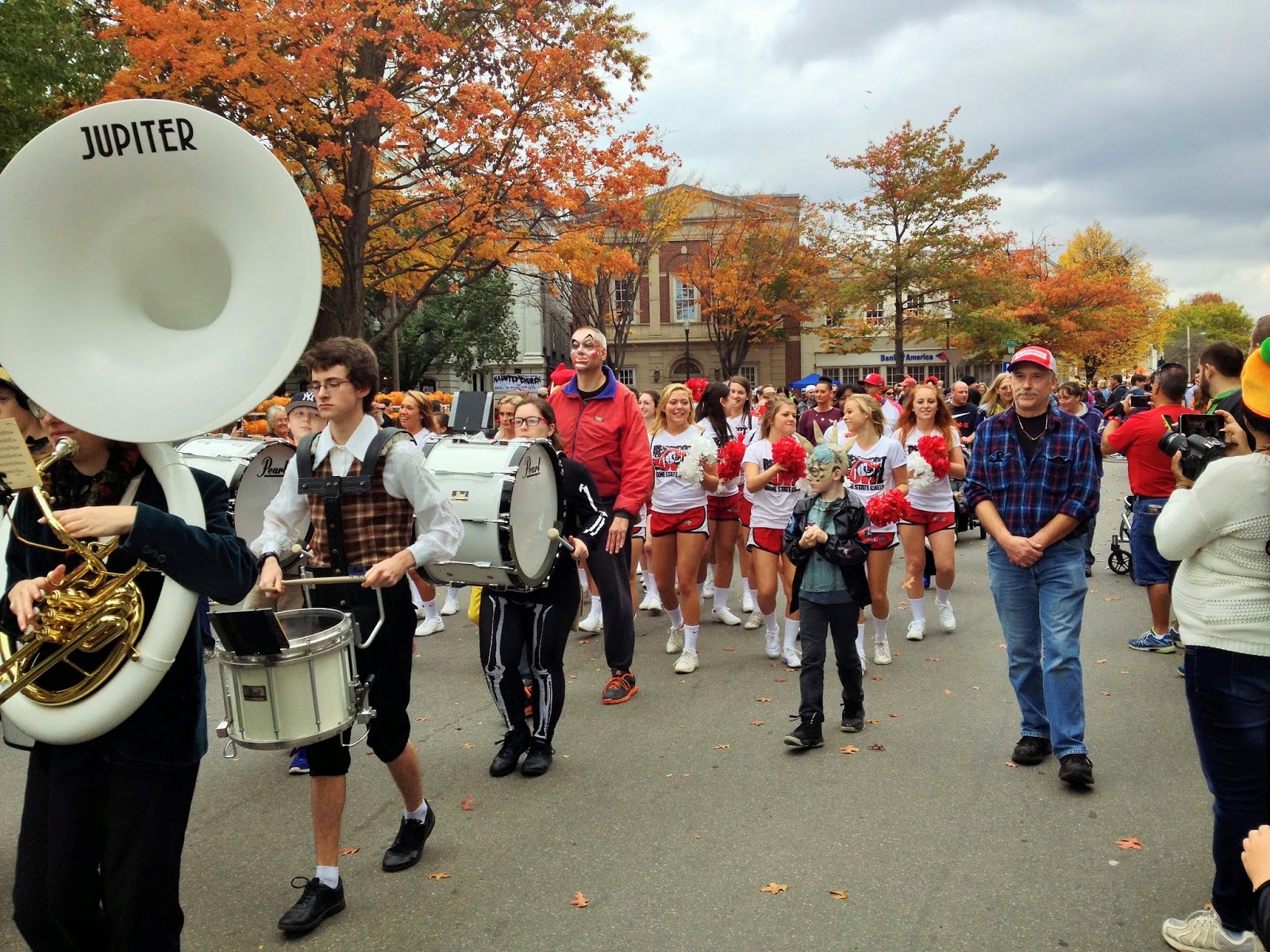 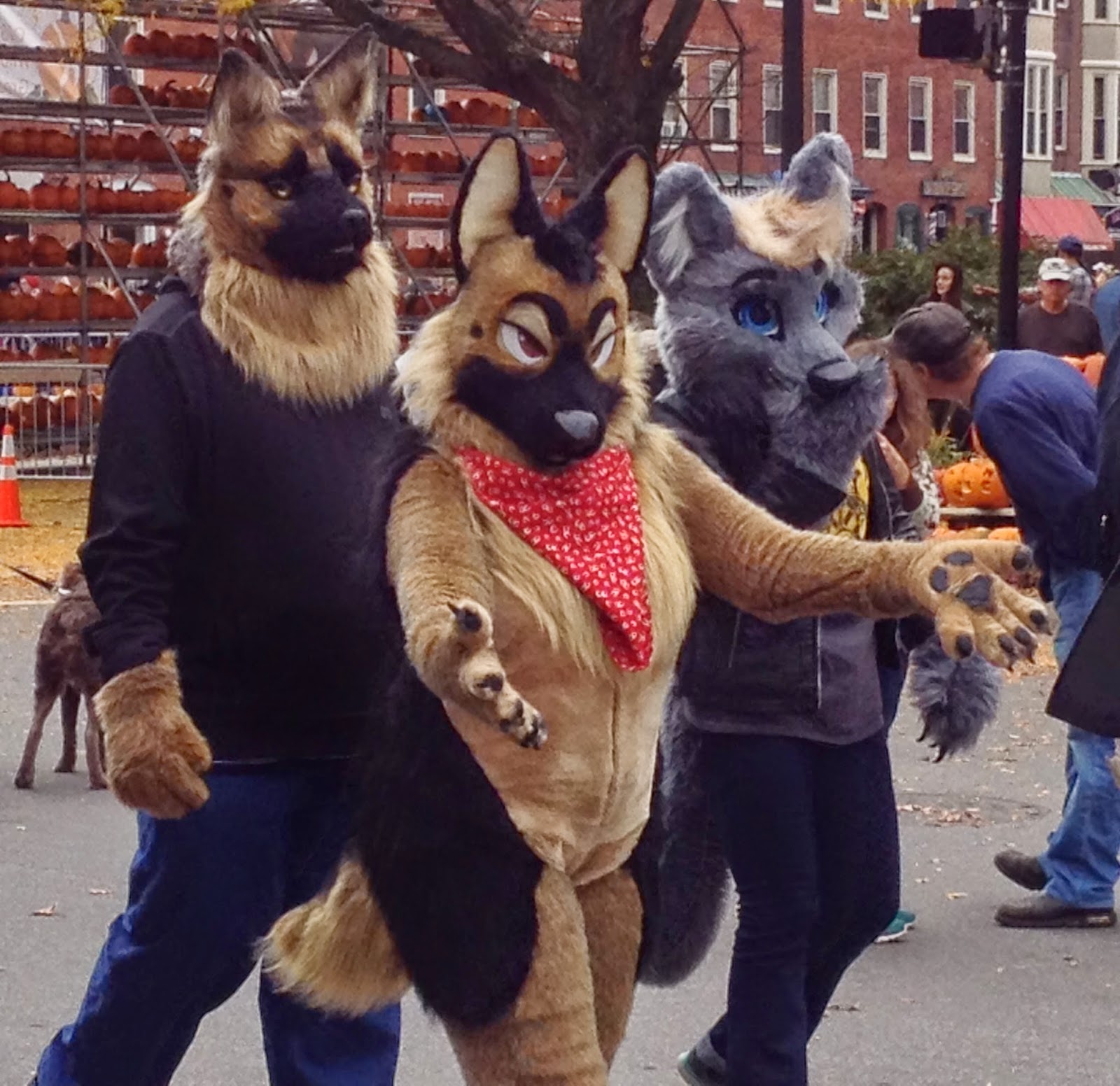 Keene is a beautiful little town.  Trace walked us all around.  There are beautiful churches and specialty stores. 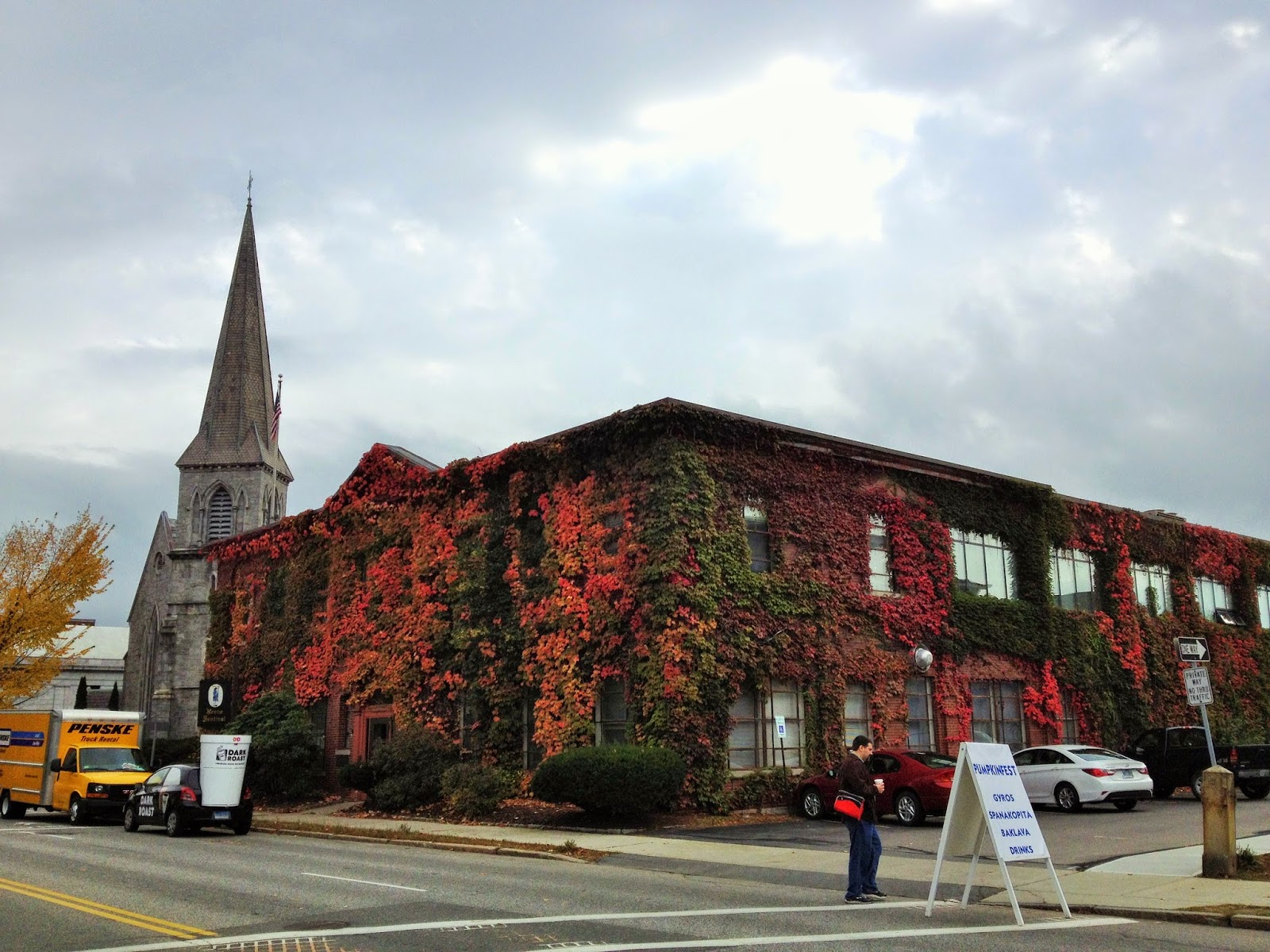 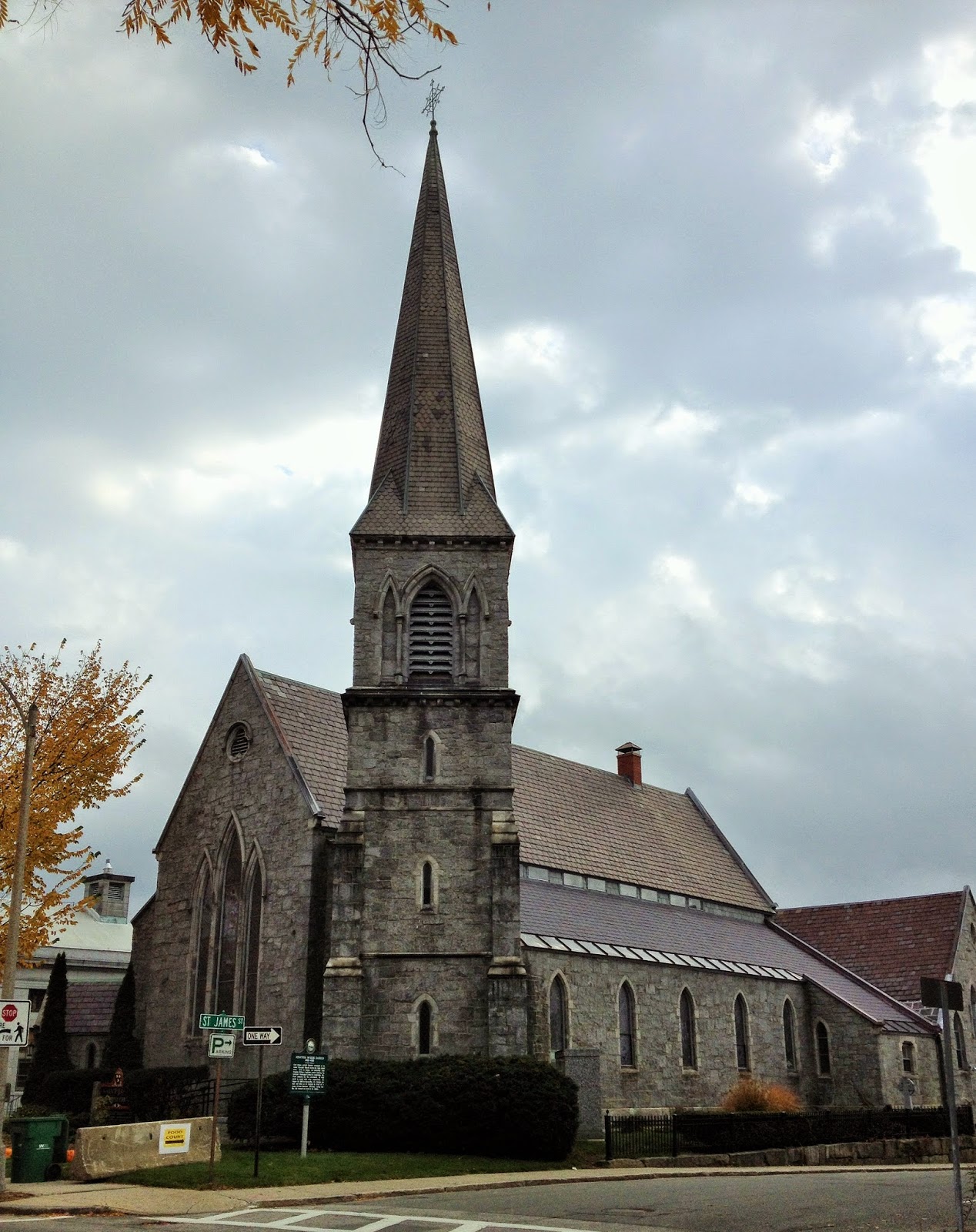 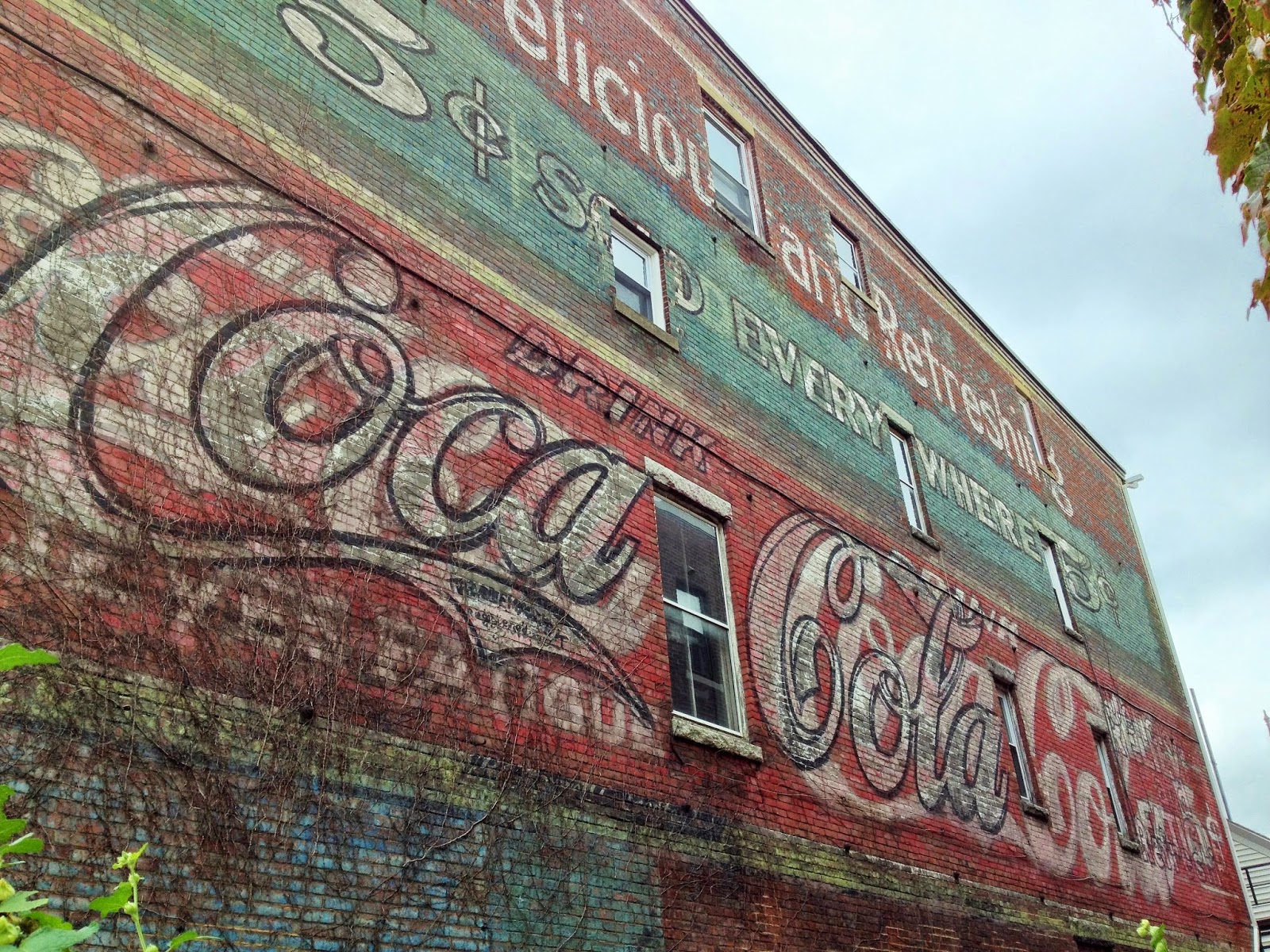 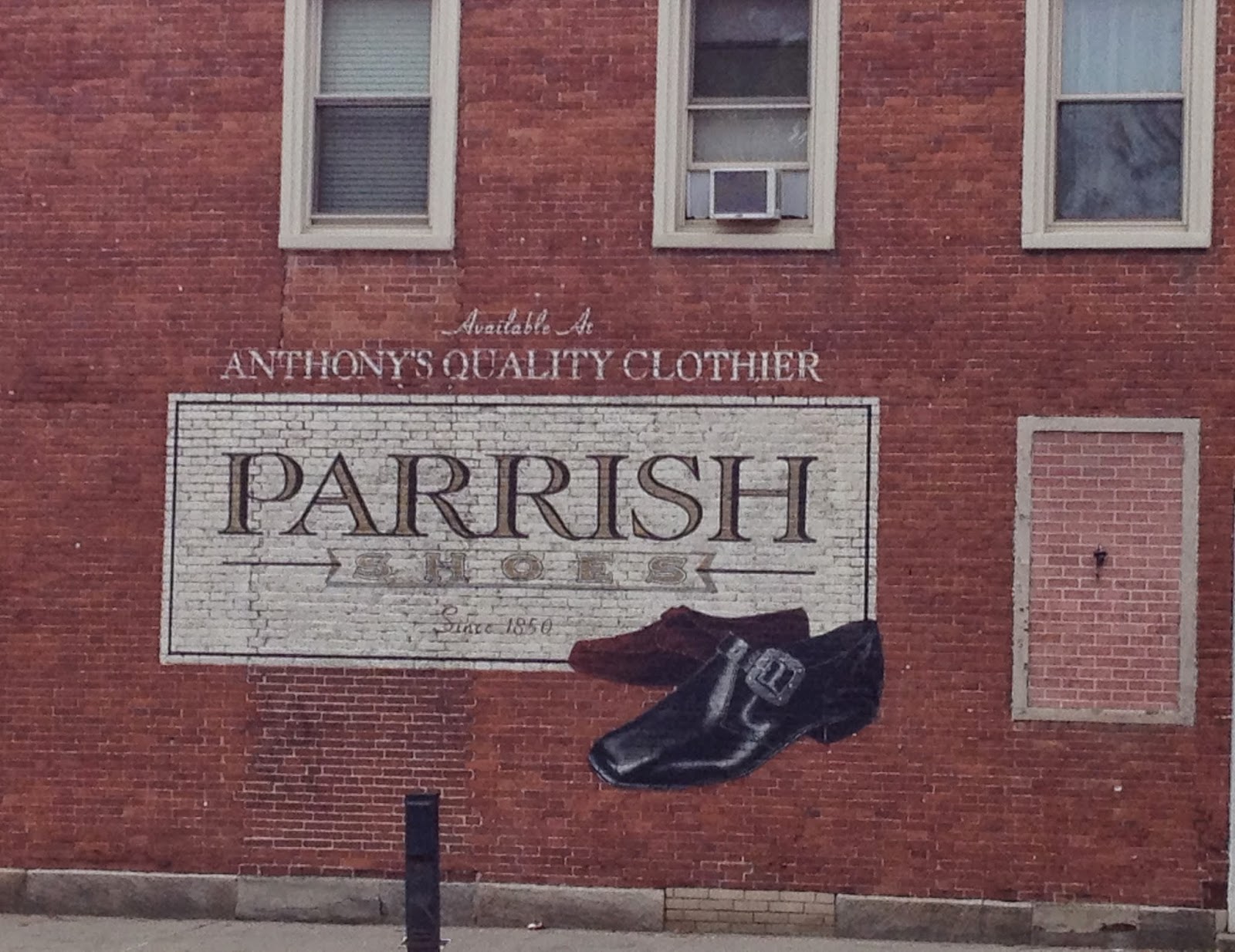 I love when they keep the original advertising kept up.

The Festival is famous for its Pumpkin Wall.  Many musical and dance acts take place on the stage.  I'm told it is incredible to see all lit up. 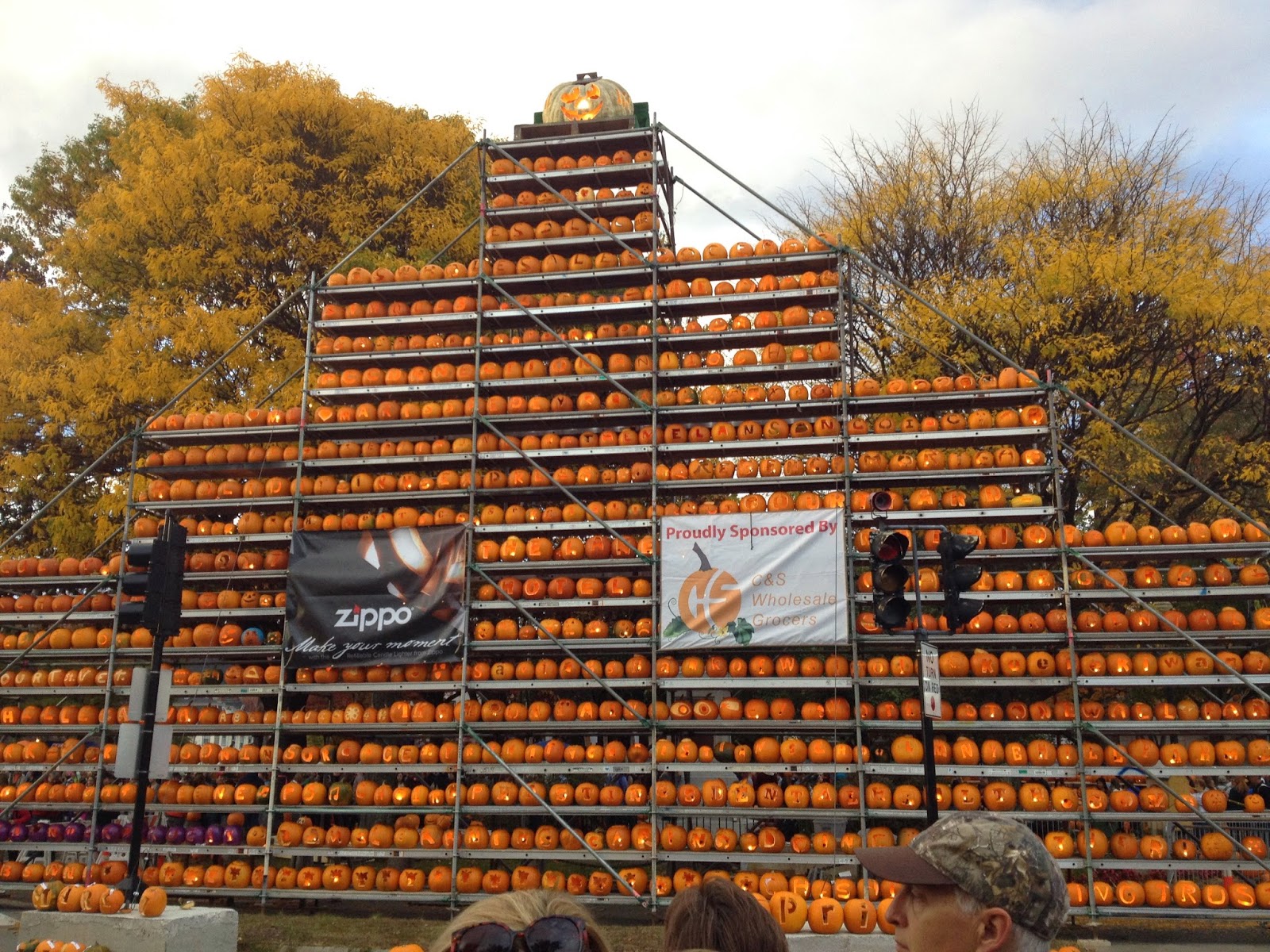 There were many people.  They come from all over for this event.  Even the adults were dressed up. 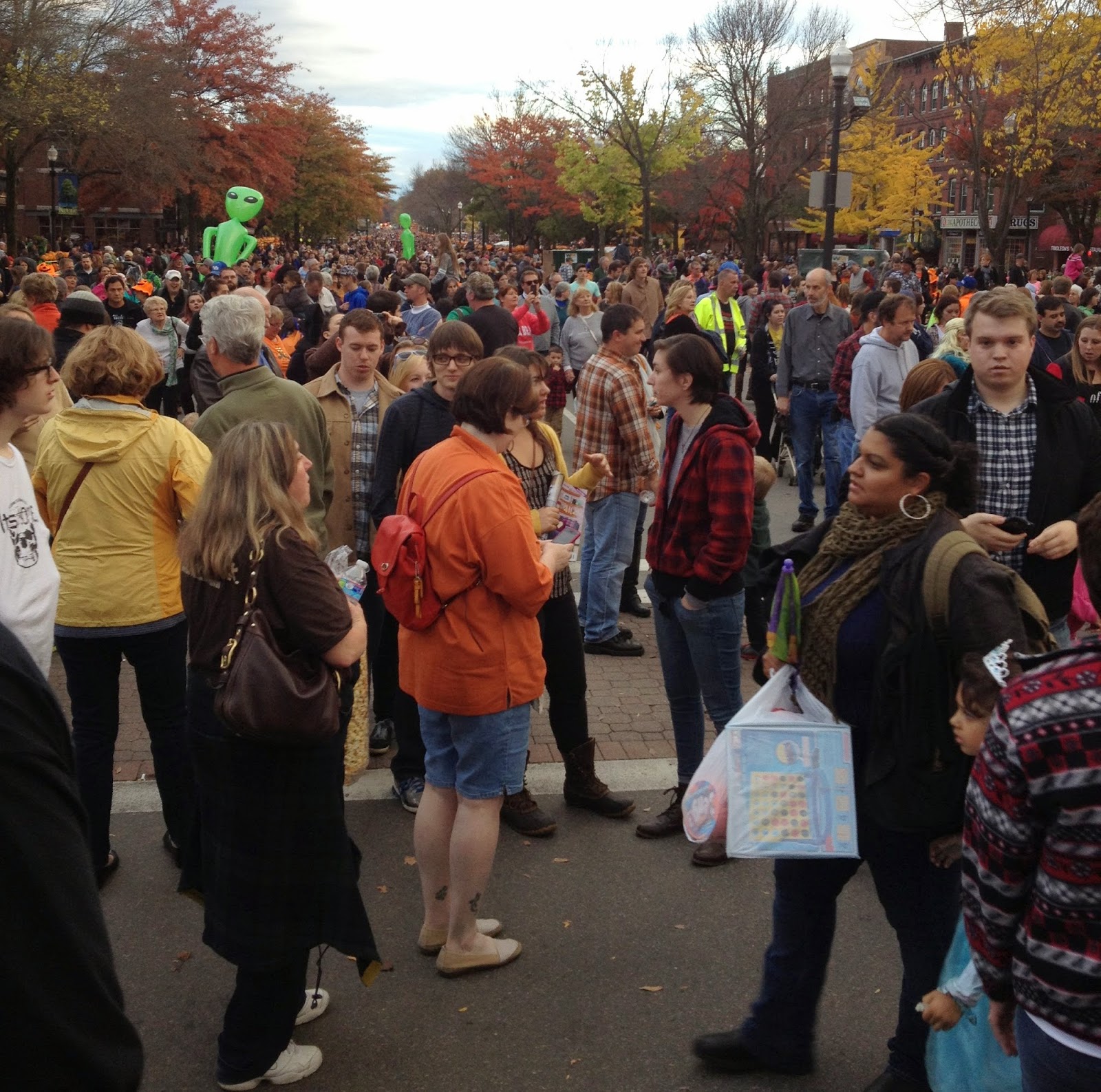 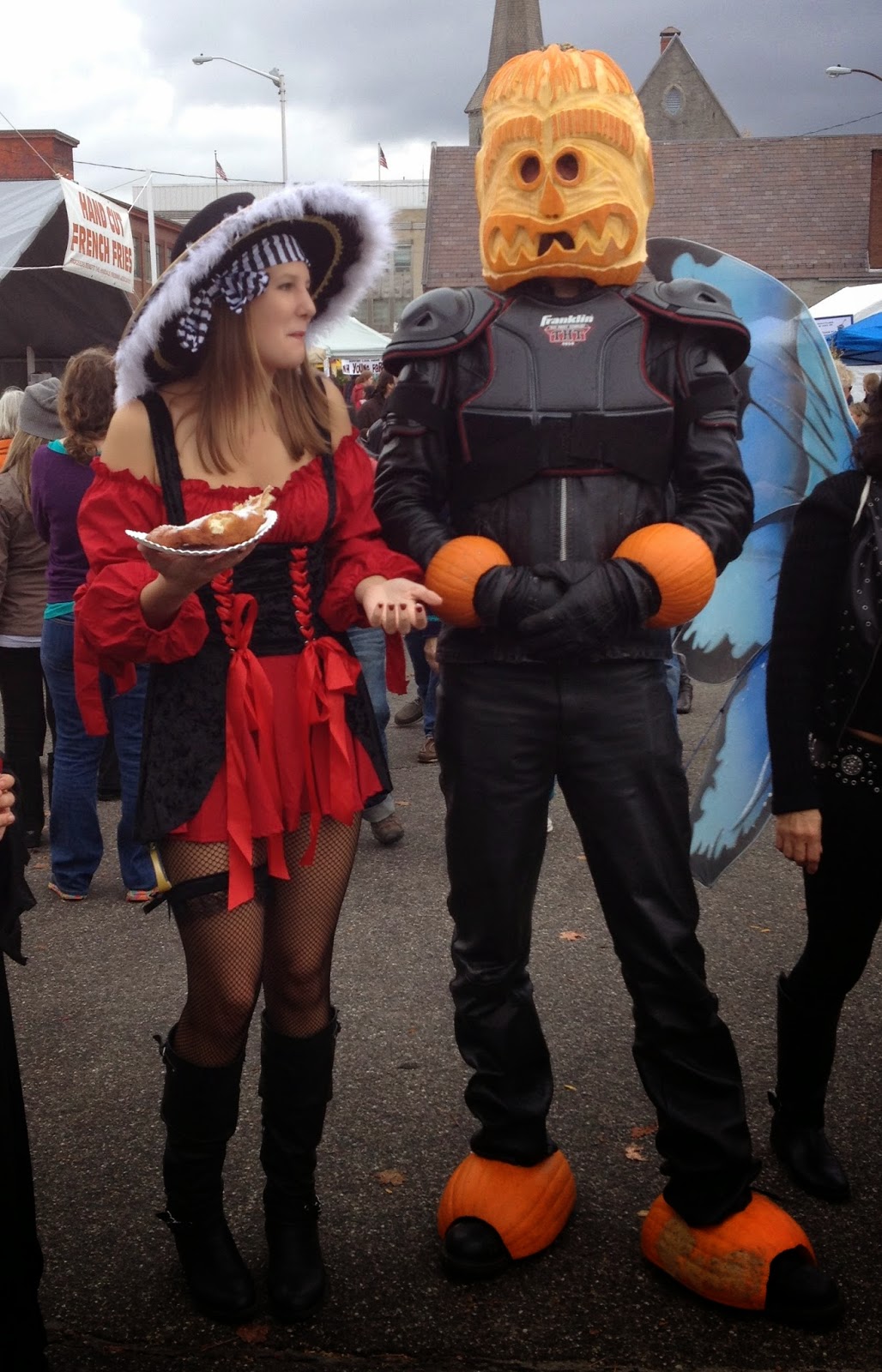 The crowds continued to grow as the day went on.  Luckily the rain held off for the most part and there was only a little bit of it.  We didn't know it at the time, but the nearby college was having some problems with too many crazy kids drinking too much and causing problems.  Some came from out of the area.  Unfortunately this college isn't alone with this problem.  Parties get too large and out of hand.  This did lead to a small riot, bottles being thrown at police and Lee and his crew as they were reporting on it.  Luckily no one was hurt badly but the news clip went viral and I had family in CA that heard about it as did Steve's family in VA.  Knowing that we were there they asked if we were all right.  We didn't even know much about it until later as it was a few blocks away.

The carved pumpkins were amazing.  So many really cool ones.  The sheer number of them and the local store decorations made for a very festive event. 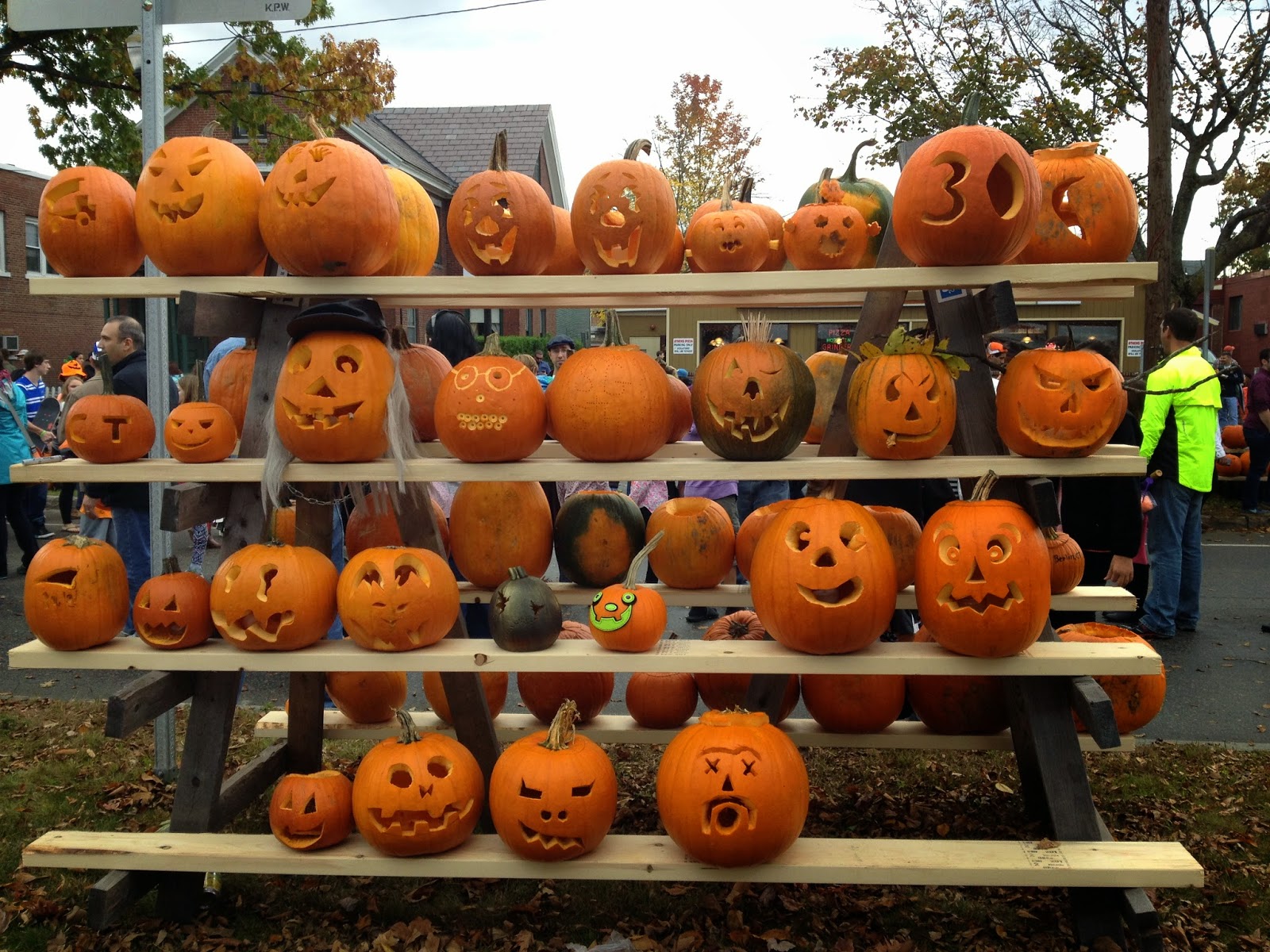 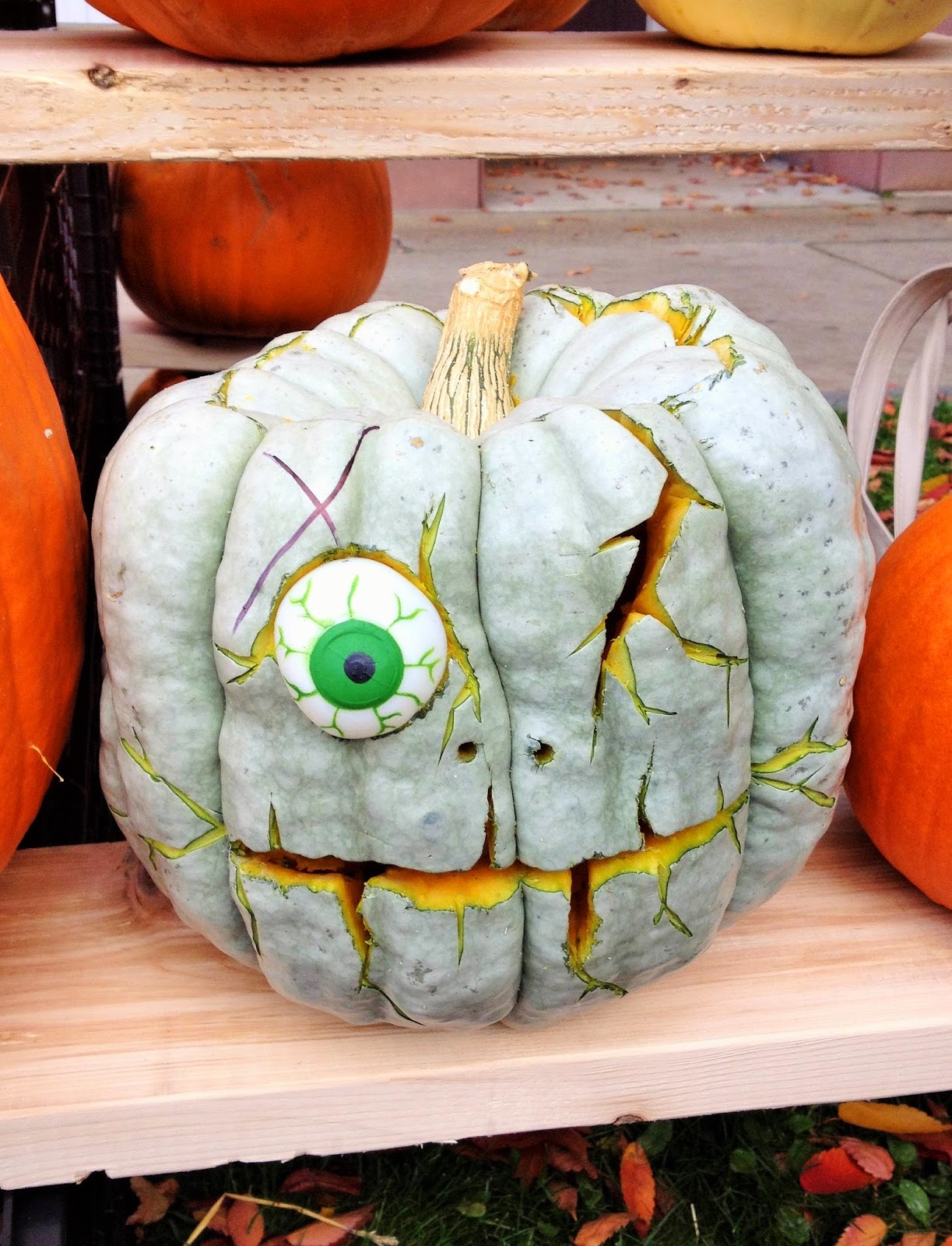 The one on the right was my favorite.  It was a white pumpkin (not painted). 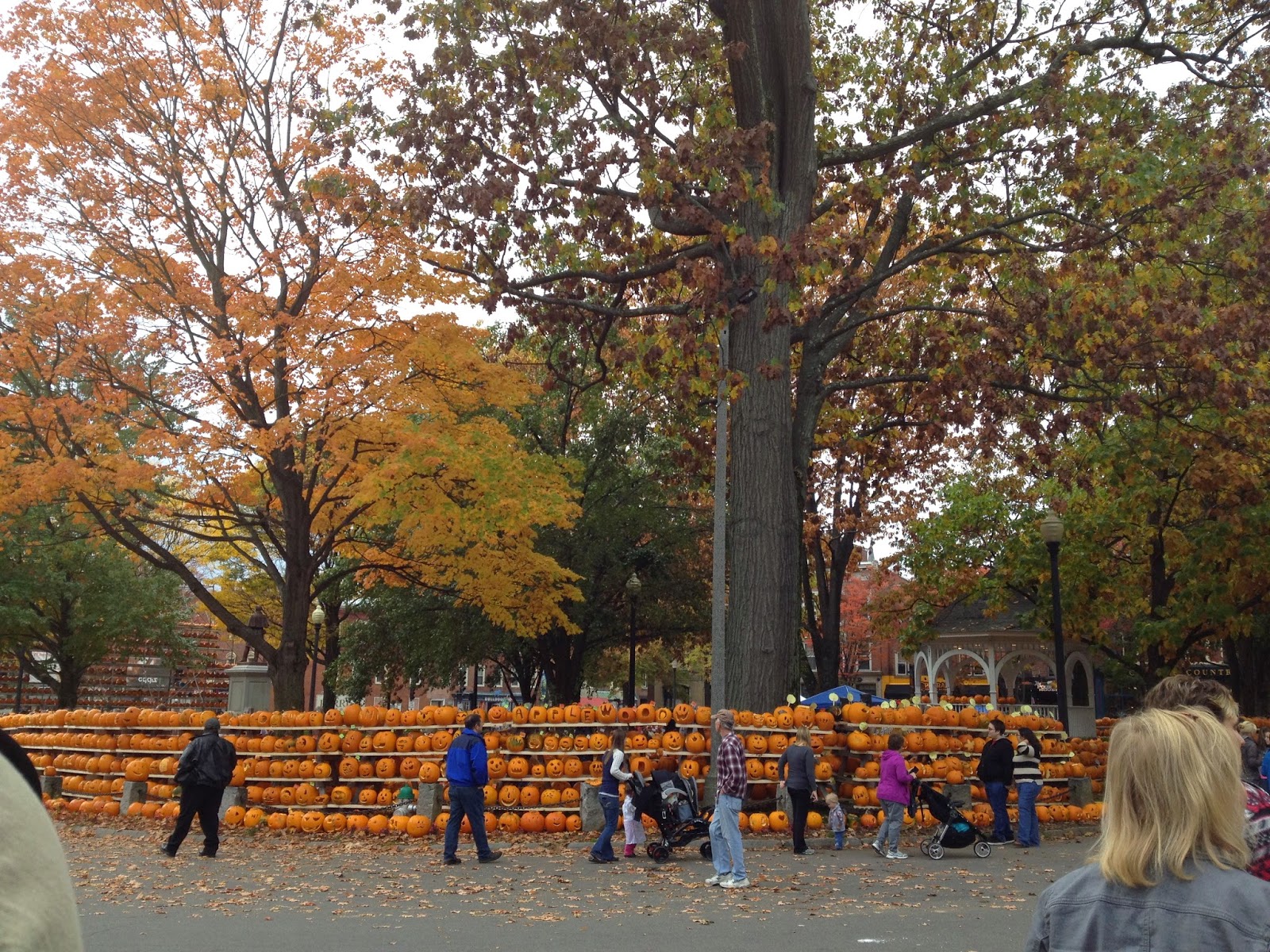 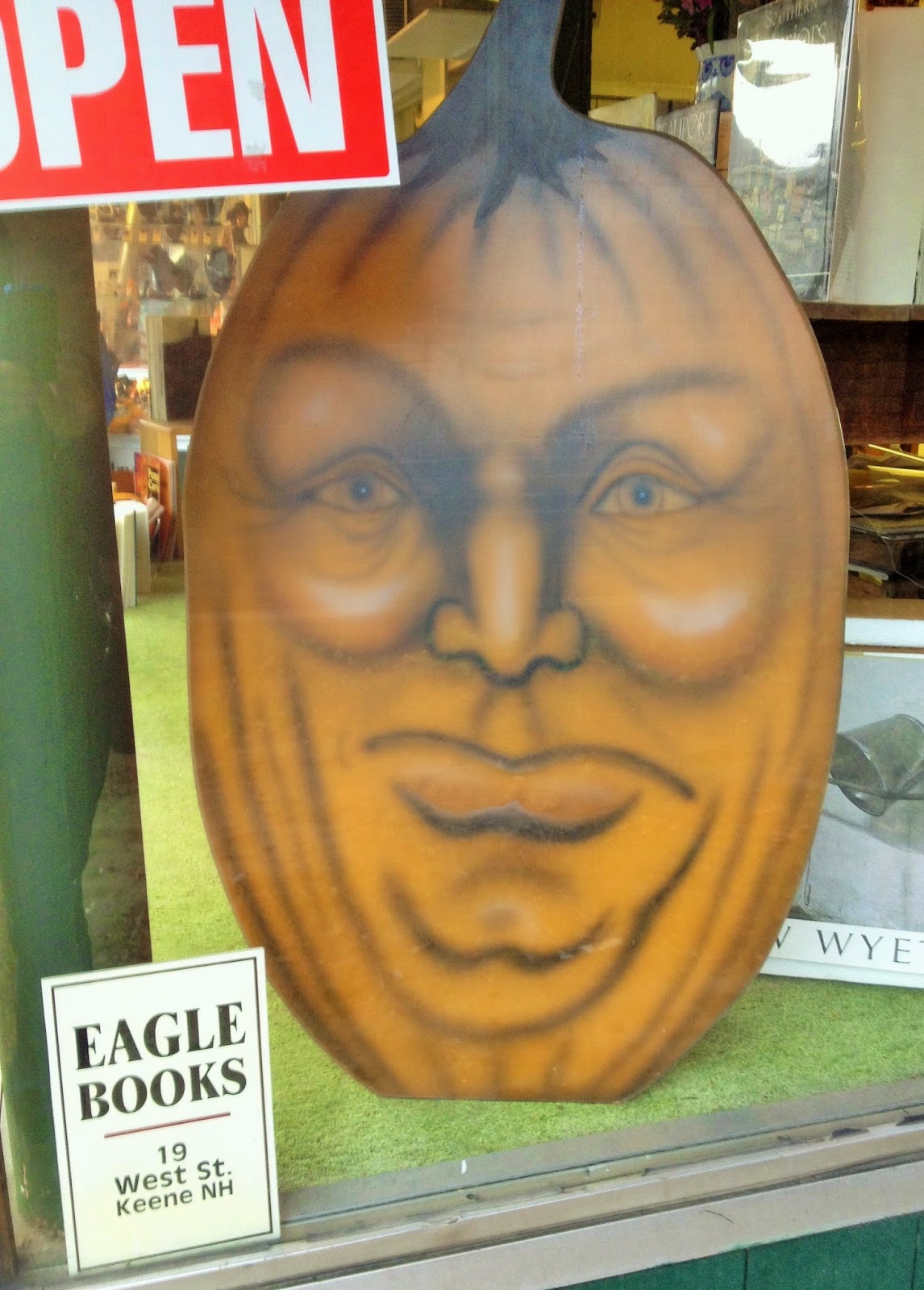 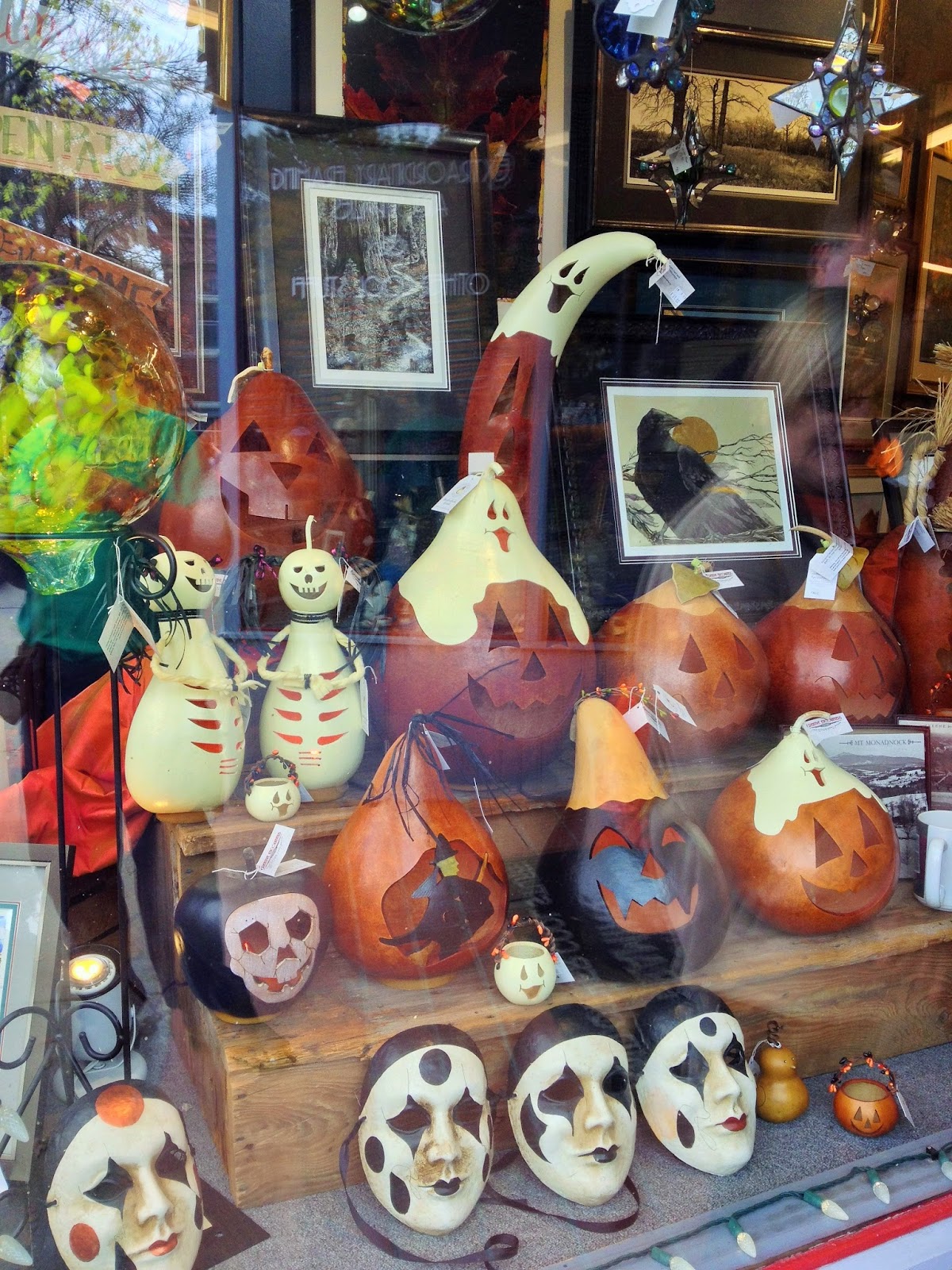 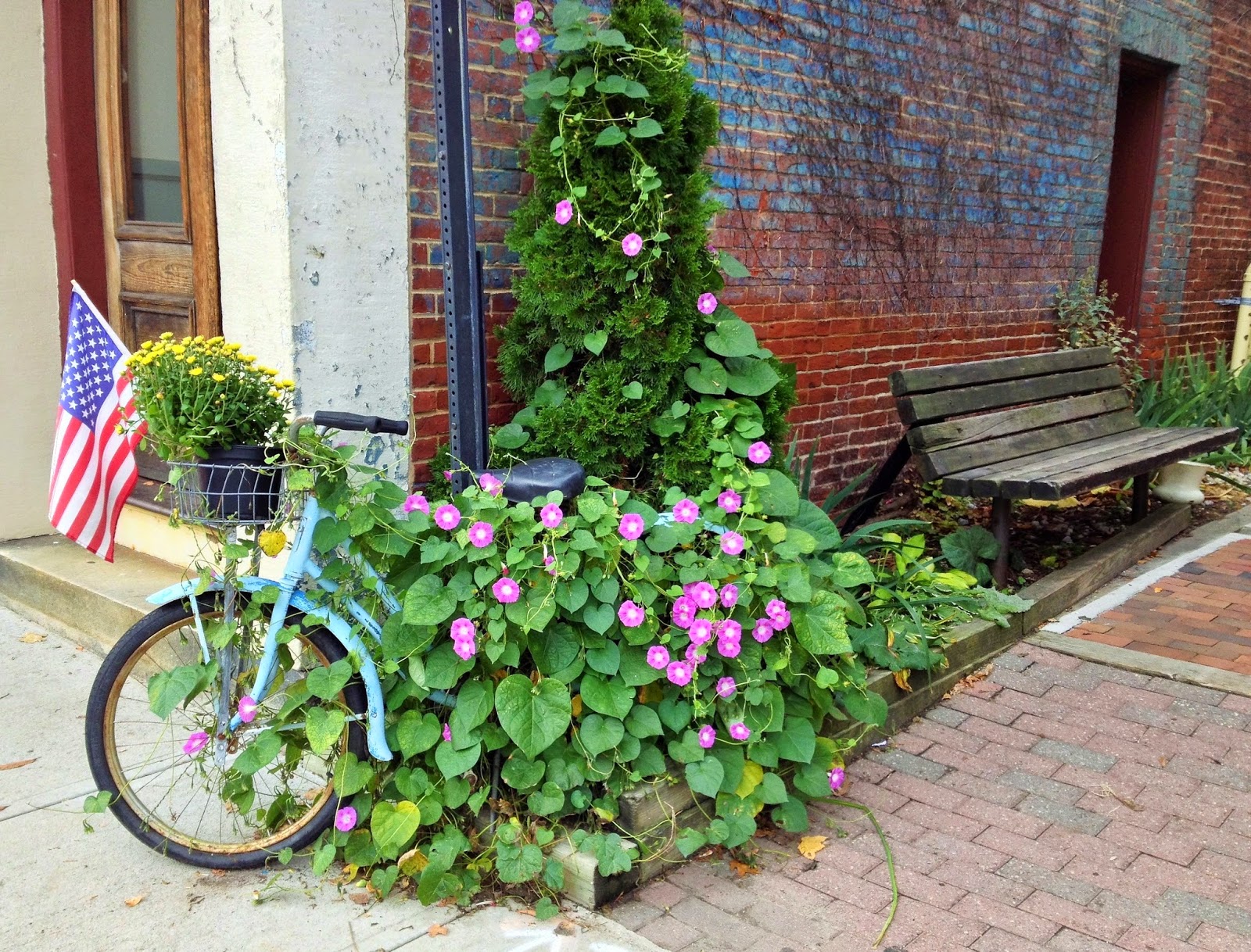 When we saw this huge crab on the roof, we had to try it out.  Steve had lobster and crab bisque soup.  Of course I had filet mignon.  All of it was very good. 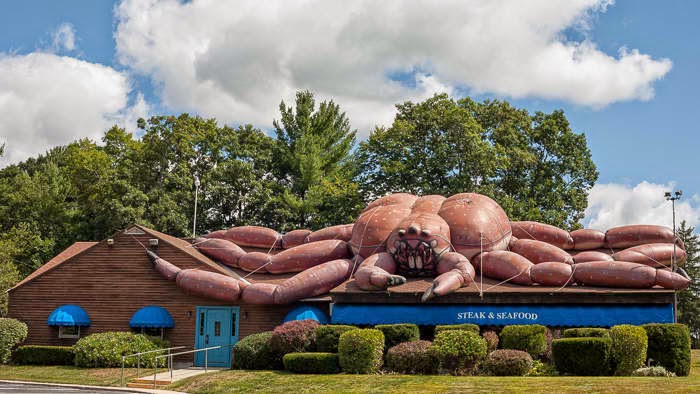 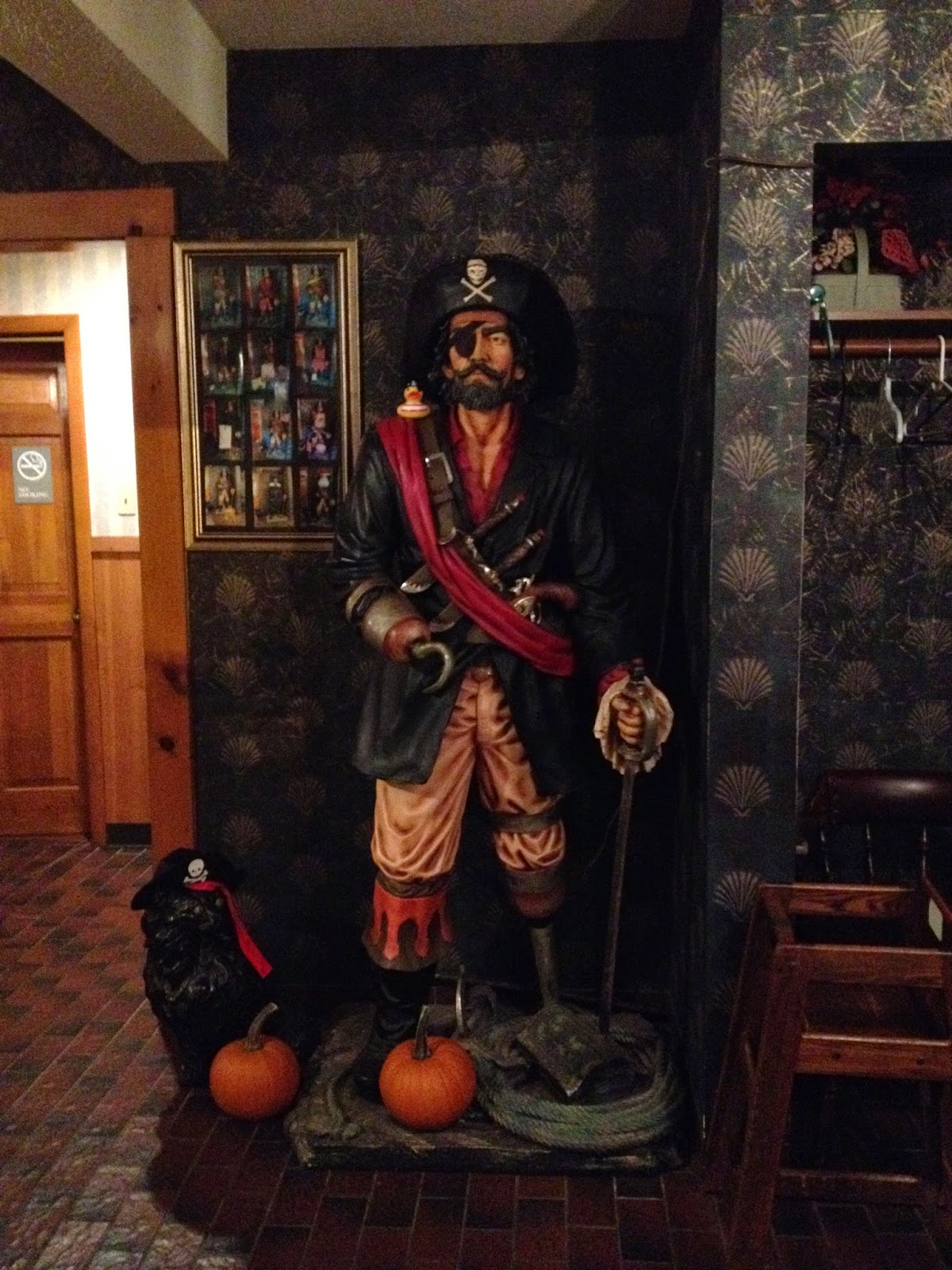 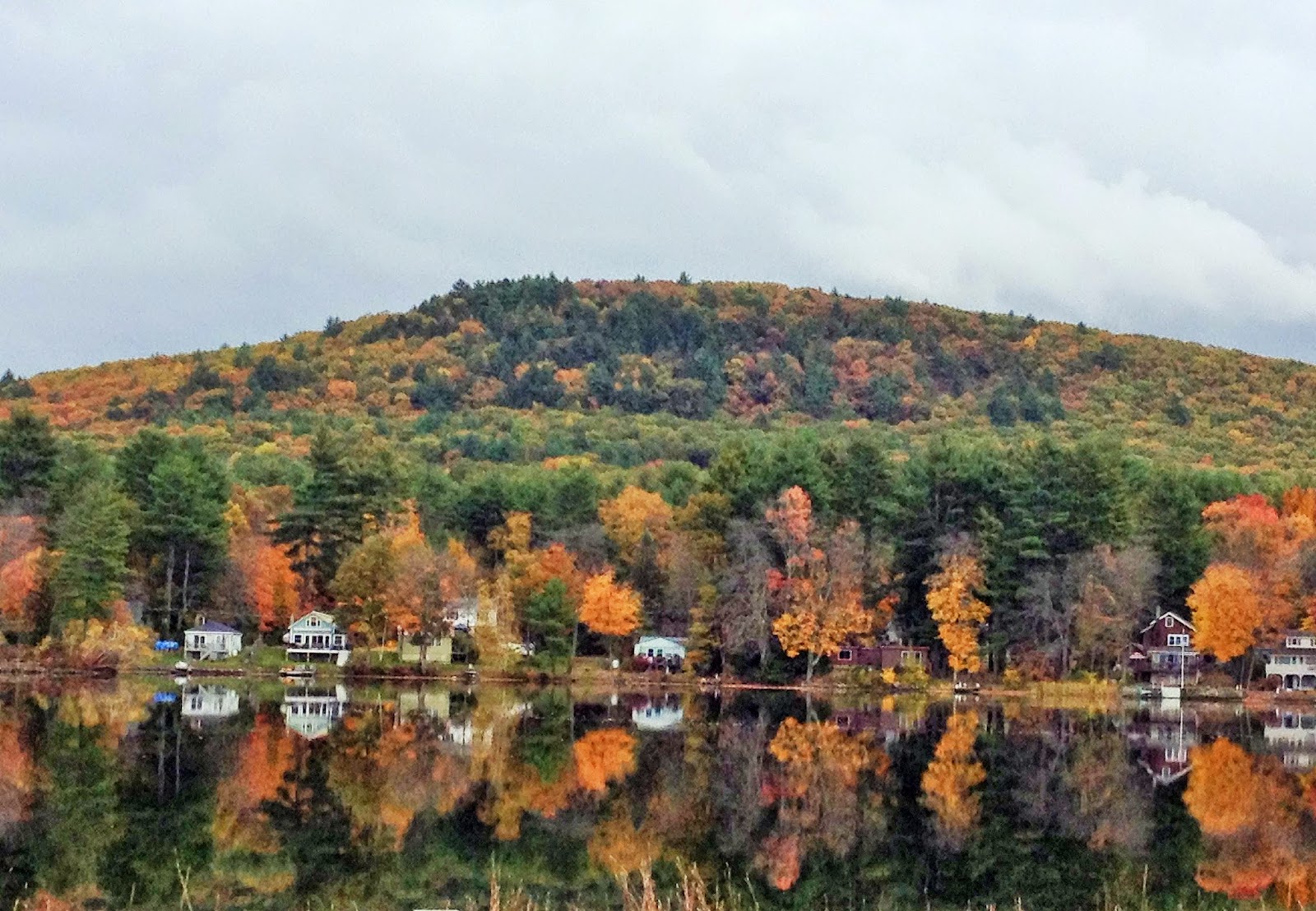 Couldn't help myself.  The color up here has truly been perfect! 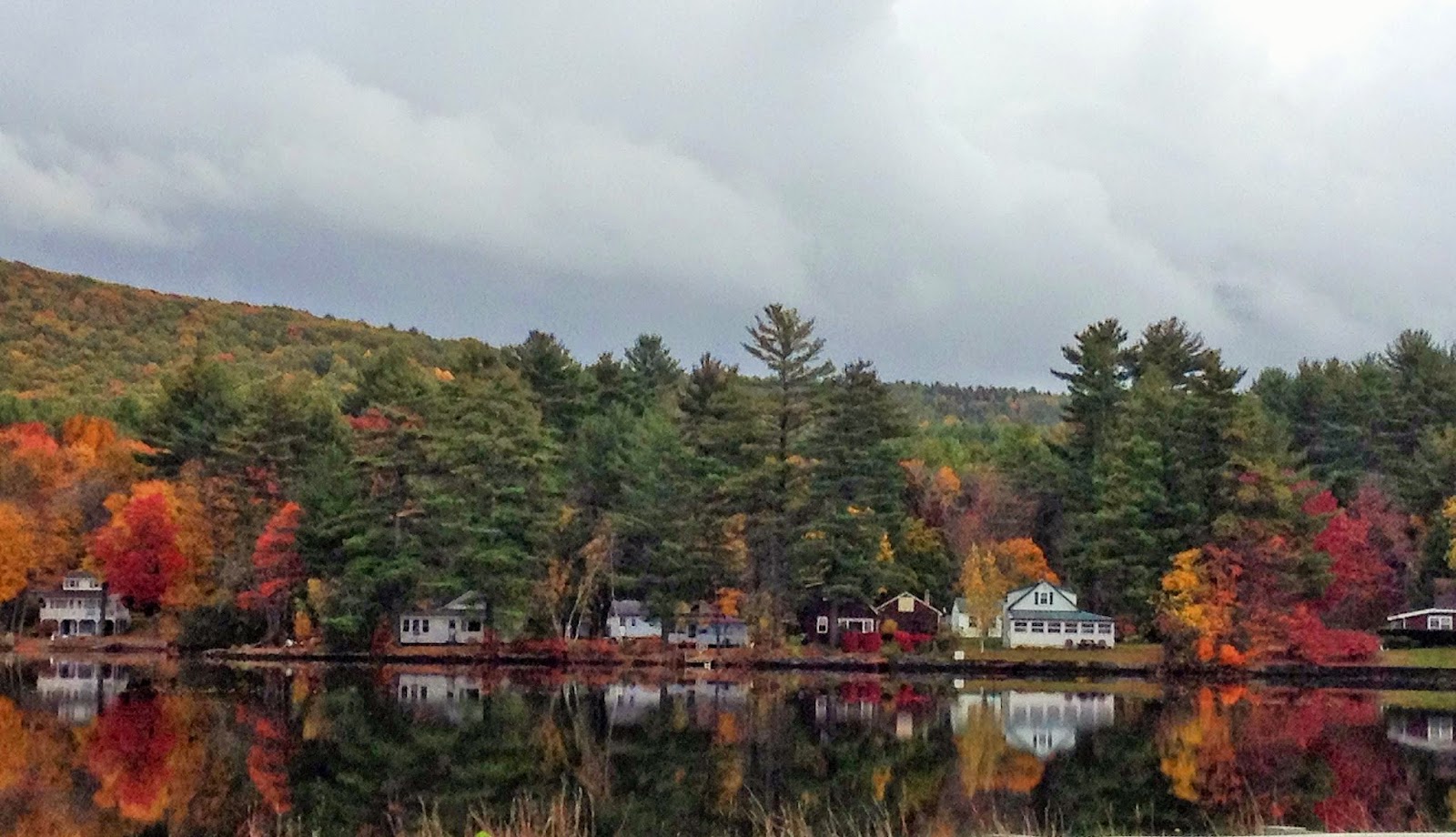